How gasoline cars can survive in an electrified automotive landscape

Here’s a little taster of what’s facing automobiles, and those who make them, at the moment. A pandemic affecting manufacturing, logistics, parts supply, and sales. A gigantic recession, with millions out of work, so not really in the market for a new car. Cities taking back streets for pedestrians. Diesel is as hated and feared as Agent Orange, and governments across the northern hemisphere are set to ban new dino-juice-powered vehicles from their roads. Electric vehicles and charging points are springing up everywhere, even as people argue until they’re blue—or indeed red—in the face about where we’re going to get the power from, how environmentally sound the new tech is, and whether this whole ‘electric’ thing is about to fall in a heap.

And then there’s the big question that gets mooted any time a car enthusiast talks about the onslaught of electrification: How can it possibly be as good as gasoline? There’s no sound, no vibration, no surge of joyous acceleration as the revs hit the sweet spot, and—perhaps most important—no interaction. A gasoline-powered car is something that requires understanding, ability, and, on occasion, genuine sympathy to get the most out of. An electric car requires none of that. There’s no mastery, no controls to adapt to beyond a steering wheel, something that makes it go faster, and something that makes it stop.

Right now, we’re in a state of flux—hardly a day goes by without another EV announcement, but at the same time, we’re inundated with thousand-horsepower supercars that can drain their fuel tanks in minutes. We get the feeling of being pulled in two opposite directions, like a child of divorce, just without the weirdness of meeting dad’s new ‘friend.’

When the very first quartz watch, the Seiko Astron, came out in December 1969, it cost 1,250 Freedom Francs. And that sounds pretty reasonable, until you do the math and find that in 1969, $1,250 could buy you eight brand-new Omega Speedmasters. To do the same today in England will leave you about £30,000 (P1.9 million) worse off than when you started.

What are we saying here, aside from the fact that a Casio might be the bargain of the century? Well, it’s that new technology starts off expensive, then gets cheaper as the costs of production go down—especially if the technology it relies on becomes easy and cheap to mass-produce.

So, we’re almost definitely heading toward a future where the choice between electric and gasoline won’t be down to price. And not refill times, either—fast-charging is reaching the stage where a 20min top-up yields hundreds of kilometers of range. And, let’s not forget, one where governments (excluding America, it seems) are going to continue clamping down on any kind of polluting vehicle.

But we think there’s another way. Current estimates put the number of cars driving around the face of planet Earth at nearly 1.5 billion. Yep, 1,500,000,000 cars, the vast majority of which burn a fuel of one kind or another. And, using some Top Gear maths, we’d say about 1,400,000,000 of them are boring boxes, bought purely because that was the rational choice at the time, or because that’s what the budget allowed. So, that leaves one in every 15 that are truly loved, interesting, classic, retro, or some combination of all of the above.

Now imagine replacing 14 out of 15 cars with electric vehicles. Very soon, they won’t be any more expensive or harder to use than a gasoline one. And, in most cases, much easier. If we assume a very generous 200 grams of CO2 per kilometer of your average fuel-powered car, and racking up 10,000km a year, we’re talking about 2,800,000,000 fewer tons of CO2 going into the atmosphere every year. Yes, 2.8 billion tons of CO2. That still leaves 100 million gasoline-powered cars for enthusiasts to lust after, buy, restore, and cherish (and no diesels, because they have never ever been interesting, outside of the 24 Hours of Le Mans).

And it gets better. Look at the odometer readings of old supercars—even the ones that have been enjoyed, not just stored for hateful speculation—and you’ll see that they’ve only racked up a few thousand kilometers a year at the most. So, even assuming terrible CO2 figures, we’re only talking about 100,000,000 cars doing 3,000km per annum. Even at 600g/km—more than the Bugatti Chiron and the Ferrari Enzo pump out—that still only works out to 180,000,000 tons of CO2 a year. A decent chunk, of course, but it’s a 93.5% reduction on what we’re doing now, while still enjoying everything that makes a gasoline-powered car great—the involvement and engagement in the process, the perfect combination of man and imperfect machine, working in harmony.

It’s pretty obvious by now that a seismic shift from coal and dino-juice to renewable energy—and, by extension, electric cars—is necessary for our air to stay breathable and for our oceans not to turn into simmering vats of acid. Our argument is that to burn gasoline, it has to be worth it. Don’t fritter it away commuting in boring cars—volts will handle that just as well as V-Power, and often better. If you’re going to burn gasoline, let it be the right way: loving every second of it. 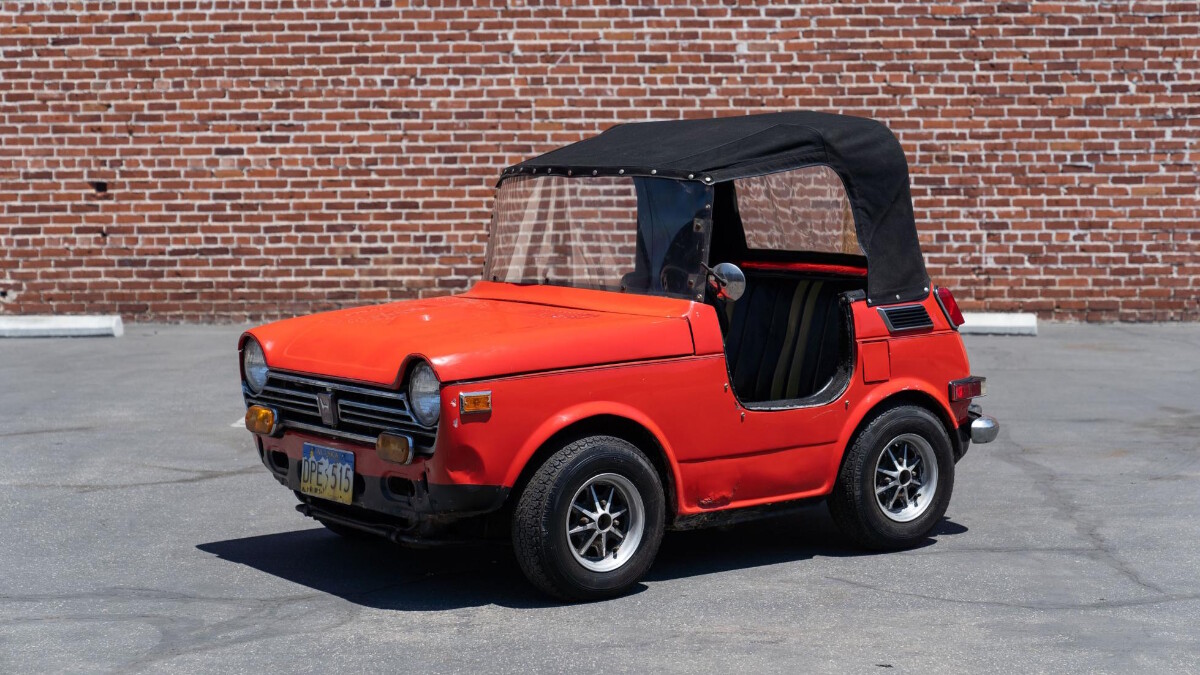 This Honda N600 is smaller than your usual kei car
View other articles about:
Recommended Videos
Read the Story →
This article originally appeared on Topgear.com. Minor edits have been made by the TopGear.com.ph editors.
Share:
Retake this Poll
Quiz Results
Share:
Take this Quiz Again
TGP Rating:
/20