Remember the Honda Integra Type R? Here are some facts you might not know

A look back at Honda’s front-drive hero
by Sam Burnett | Mar 26, 2020
CAR BRANDS IN THIS ARTICLE

We think of it as a quintessential ’90s legend, like grunge or Jennifer Aniston’s hair. The Honda Integra Type R’s massive impact was thanks to its impeccable handling, razor-sharp five-speed gearbox, and hand-built 189hp 1.8-liter VTEC engine that redlined at 8,700rpm.

“There’s an overwhelming sense that this car was built to be brutally caned,” said Top Gear when we first drove the Japanese pocket rocket, which is widely seen as the finest front-wheel-drive car of all time.

Here are some things you probably didn’t know about the DC2 Integra Type R—and if you did, give yourself a little pat on the back.

1) It set the standard for all fast Hondas. 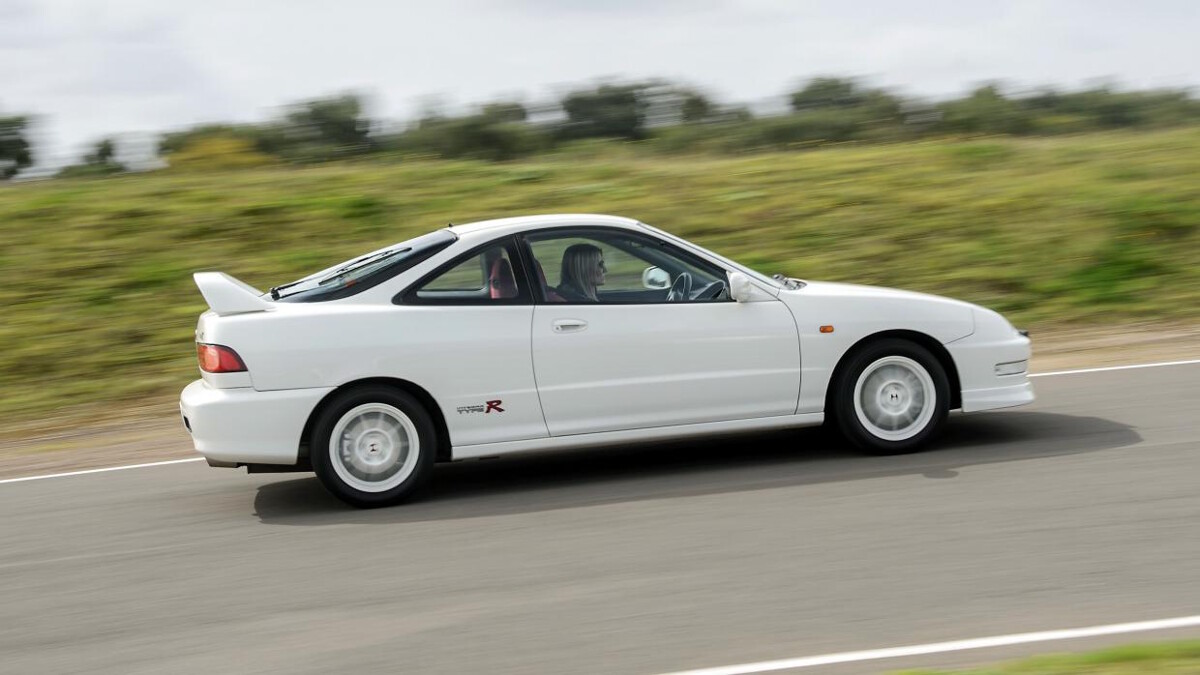 The Integra Type R’s candle burned out long before its legend ever will, because this was the Type R-badged car that set the bar for every fast Honda that has since followed. It’s hard to imagine now, but despite Honda’s many years of experience as an engine supplier in Formula 1, powering Piquet, Senna, and Mansell to five titles between them from 1987 to 1991, it wasn’t rated as a performance brand. The Type R changed all that, injecting passion into the engineering heart of the Japanese carmaker. 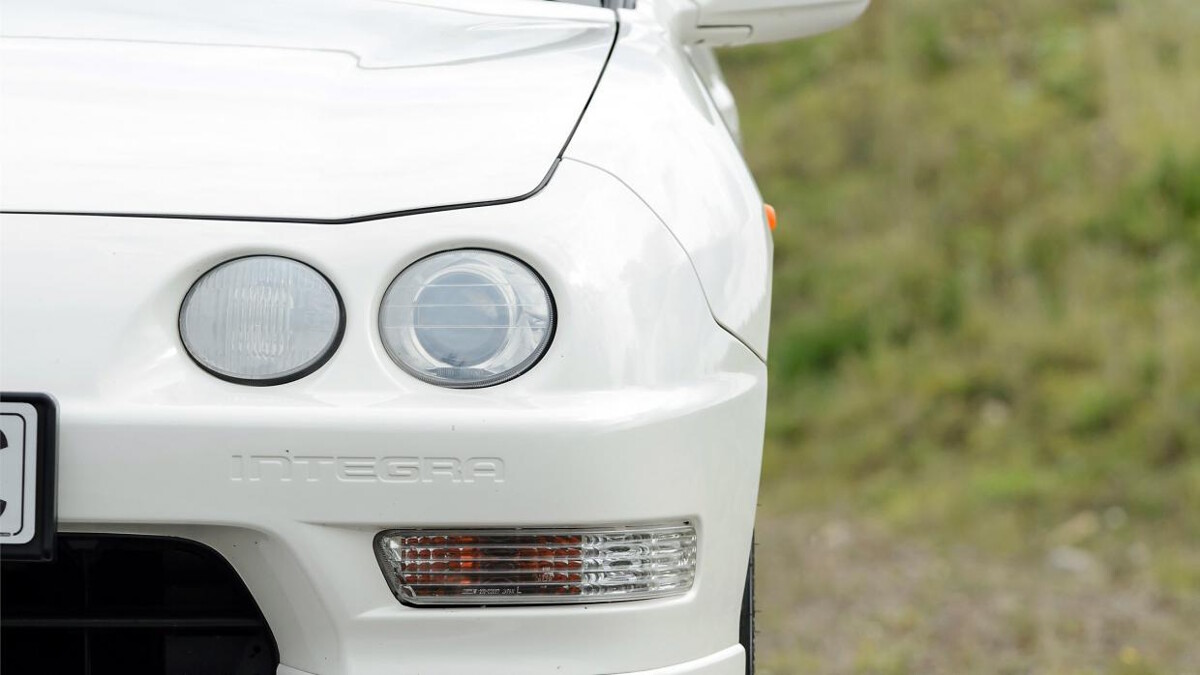 Japanese drivers really didn’t like those headlights. The standard-spec Integra initially went on sale in Japan in 1993, but the quad lights proved to be so unpopular with buyers that Honda gave the car a hasty facelift for the domestic market in 1995, when the Type R version first went on sale.

Honda gave other markets like the UK the four-eyed version, which looks much more interesting. It also gave the gearheads in those markets a chance to spot the cheeky JDM imports that found their way to local roads. 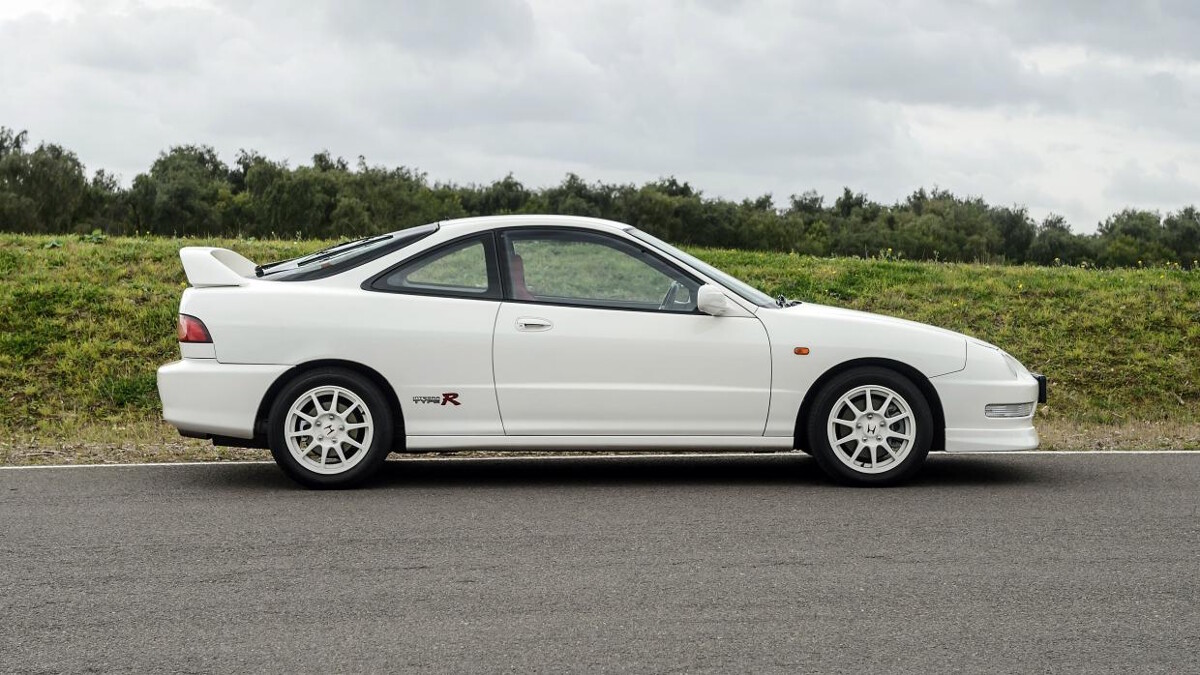 It came in any color you liked, as long as that was black, red, or white. The last was the one to go for, with the Championship White hue intended to celebrate the company’s first F1 GP win in Mexico in 1965, with US driver Richie Ginther at the wheel. 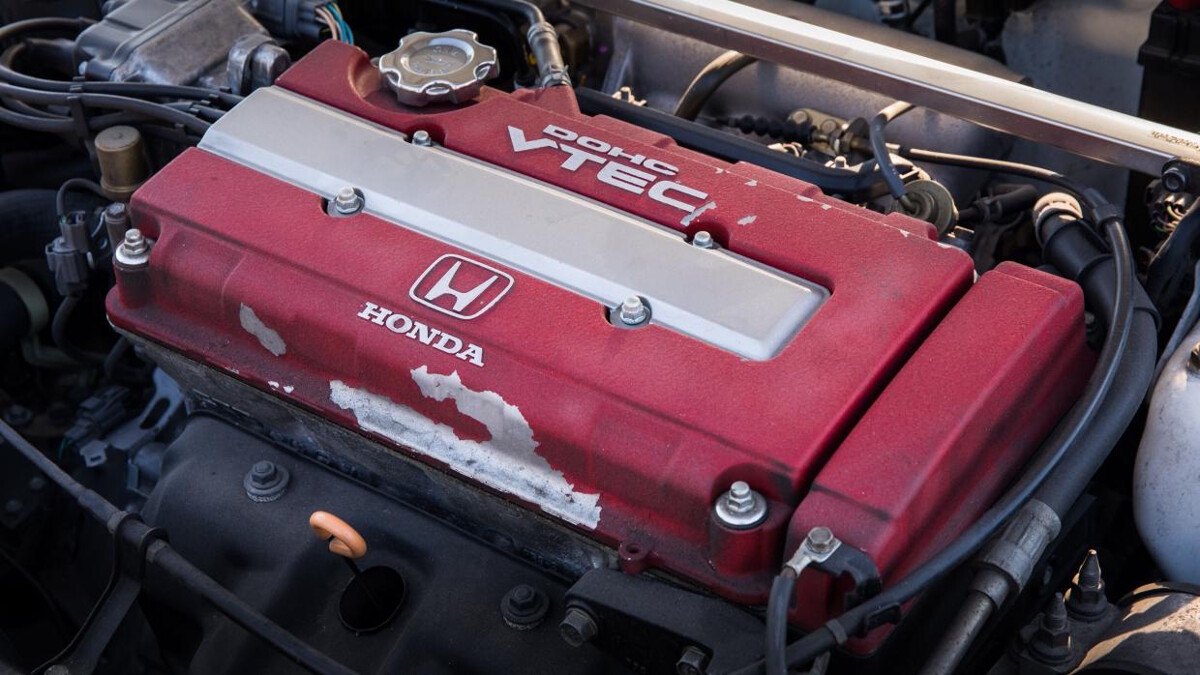 The Integra Type R was a carefully assembled car—Honda was limited to building 25 units a day because of details like the hand-polished intake ports. Bespoke inlet valves, an enlarged throttle body, and the helical LSD showed Honda meant business, but with 187hp at 8,000rpm, you already knew that.

This car is from the Honda heritage fleet—the paint might be peeling off the 20-year-old engine block, but the VTEC still knows how to kick in.

5) It had proper, functioning aero. 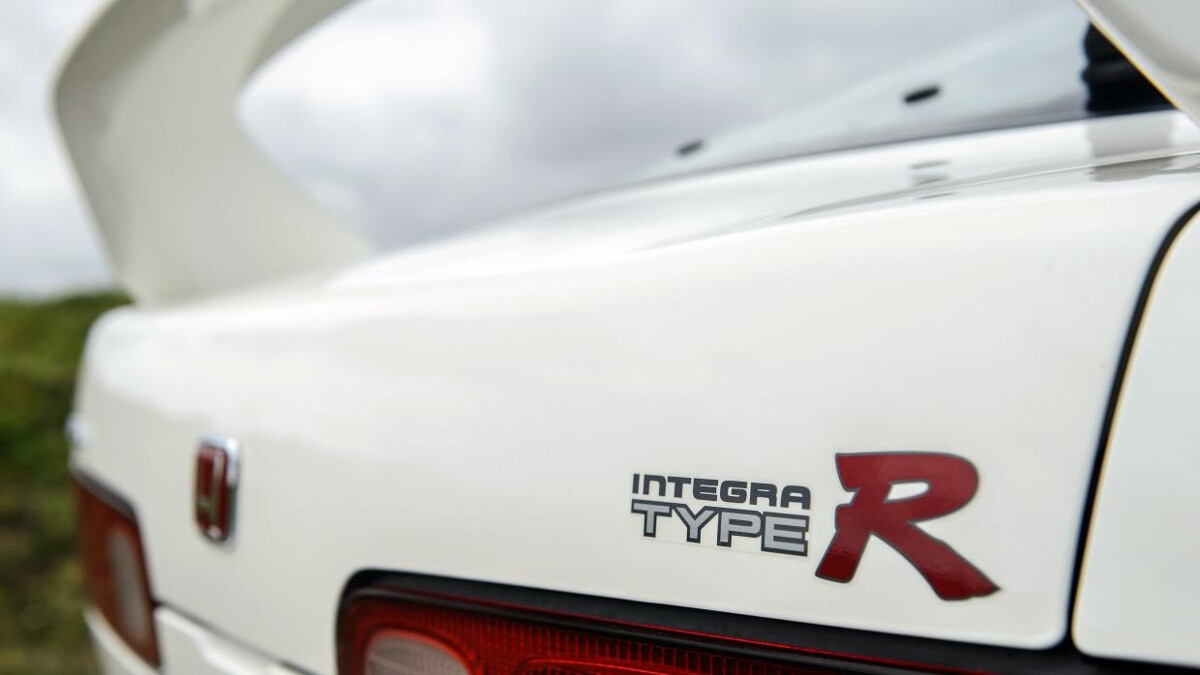 Compared with modern hot hatches that feel the need to scream their souped-up status, the Integra Type R is by comparison fairly muted. A bespoke bodykit on the outside, but vast swathes of gray plastic from the standard Integra on the inside, boosted by fancy bucket seats, a short-throw gearlever, and red Honda badging.

Don’t be fooled, though—Honda put in the detail work where it counted. The rear wing wasn’t just for show—it reduced lift at the back of the car by 30%, and the sculpted aero lip under the front bumper also helped keep the car stable at speed. To improve the driving experience there were additional spot welds on the chassis to boost stiffness, and aluminum strut braces. 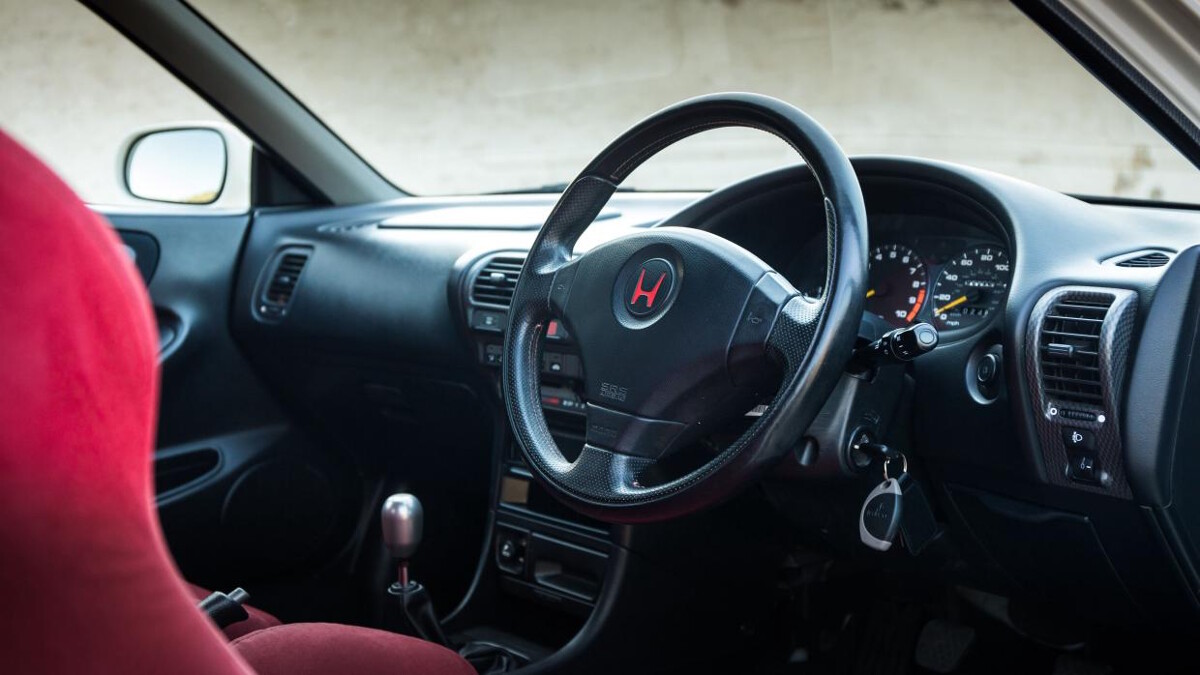 The 1,140kg curb weight is the stuff of dreams these days—Honda engineers shaved 39.97kg off the already-slim Integra GS-R despite all the extra welding and added internal bracing, helping the car hit 60mph (97kph) in 6.5sec and on to 230kph.

The windshield glass was 10% thinner, lighter 15-inch wheels were fitted, and the sound deadening was removed from inside the cabin to cut down on heft. The sunroof, air conditioning, cruise control, and rear wiper were all ditched to save weight. 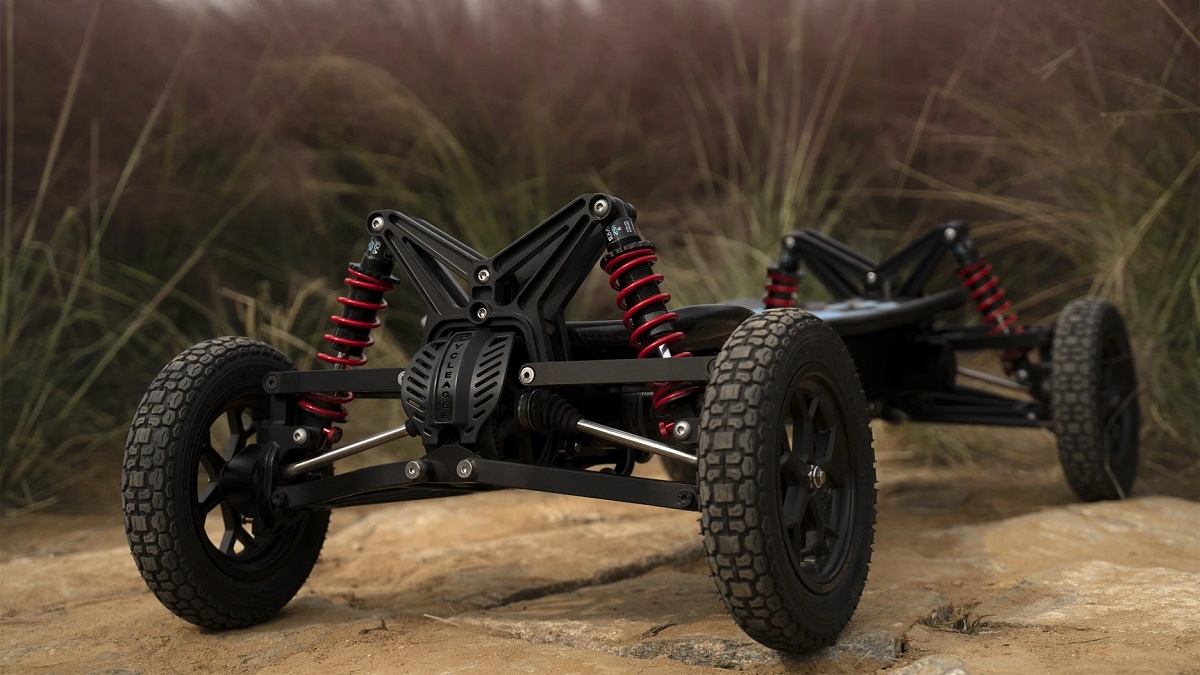 The Cycleagle electric skateboard is the ultimate ATV substitute
View other articles about:
Read the Story →
This article originally appeared on Topgear.com. Minor edits have been made by the TopGear.com.ph editors.
Share:
Retake this Poll
Quiz Results
Share:
Take this Quiz Again
TGP Rating:
/20