Hybrids, plug-in hybrids, full electric: How will the EV revolution play out in PH?

By 2035, many countries around the world plan to ban the sale of fossil-fueled vehicles. While this normally wouldn’t affect us, these countries make almost all of the cars sold locally. China, Japan, Thailand, and most of Europe are squarely on the EV bandwagon. And no amount of bellyaching and railing against climate-change policy is going to stop that.

If you’re going to complain about toxic mining, though: Over 99% of mined nickel is used in the steel industry, a vast majority of that going to oil industry equipment, with a large percentage of the leftovers going to nickel-plating the shiny chrome grilles and wheels on your SUV. Lithium? Yes, it’s a problem, but the EV battery recycling industry is now worth hundreds of millions of dollars of value. Manufacturers like Tesla also guarantee 100% recycling of old packs. When EVs reach the mass adoption stage, expect lithium battery recycling to be as common as lead-acid battery recycling.

Again, the EV revolution is coming, whether we like it or not.

Straight to electric, or hybrids first?

But the question of how we get there is still up in the air. There is fierce debate over whether to go straight EV adoption or to use gasoline-electric hybrids as an in-between measure. It’s a debate made more complicated by the high prices of electric technology. While mass-produced EVs like the Nissan Leaf, the Changan Eado, and the BYD Dolphin are priced competitively to cars like the Toyota Corolla elsewhere, they still cost from 50% to 100% more here, even under the new tax reform law.

Despite a total excise-tax exemption under TRAIN, EVs still carry a 30% tariff, 12% VAT, and whatever profit margin the local distributor factors into their price. The Philippine government also doesn’t offer the same generous tax subsidies other governments do.

Hybrids, on the other hand, are almost as affordable as regular cars. While that extra gasoline engine and fuel tank aren’t free, using a smaller battery pack than pure electric vehicles saves a huge chunk of money. Mazda and Geely ‘mild’ hybrids can coast for short periods without using fuel, and only cost P150,000 to P200,000 more than non-hybrid variants. Hyundai and Toyota have more potent hybrid models that can run fully-electric for short periods in traffic. These cost less than half a million pesos more than their non-hybrid offerings, and over a million pesos less than the Nissan Leaf.

ALSO READ:
10 Answers to frequently asked questions about hybrid vehicles
The Toyota Raize hybrid, which does up to 28km/L, sounds like a good idea

Still, there’s no getting around the fact that hybrids still use gasoline. Yes, you can complain that we burn fossil fuels to charge electric cars. But the Philippines gets a large percentage of its electricity from renewables. Manila, in particular, is surrounded by large hydroelectric installations, not to mention that big geothermal plant sitting just south of Manila. Secondly, economies of scale mean that it is more cost-effective to charge thousands of cars off the grid than to fill each one with gasoline that is shipped into the city by diesel trucks. Especially considering that most power-plant output goes to waste at night, hence the lower electric rates between 9pm and 8am.

So, going electric makes sense then? Not quite. Aside from the high prices, there’s also the question of battery replacement a decade or two down the line. On many western EVs, this is an expensive affair. Newer Chinese players are more flexible. Chinese Eado taxis, for example, can use quick-swap battery stations. No long waits while charging, and the distributor—rather than the customer—handles the maintenance and recycling of old batteries.

FEATURES ON SWAPPABLE BATTERIES:
Yamaha is launching a new electric scooter with a swappable battery system
Power shift: Battery-swapping our way across China in a Nio ES6

But such things are a long ways away here. At P1.8 million, I don’t foresee long lines for an electric Chinese Corolla.

An in-between solution would be the plug-in hybrid—cars which can do 30-50km daily commutes on pure electricity, then switch to gasoline once the charge runs out. The best of both worlds. And they cost much less than pure EVs. Overseas, the Hyundai Ioniq plug-in costs just a mere P100,000 more than the regular Ioniq hybrid, while the electric version is around half a million pesos more, even with tax subsidies. Here, it would cost a million more.

Well, for one, our hybrid market is very tiny. Toyota, which sells the most hybrids locally, still only sells a few hundred a year. Hybrids make up a third of Corolla Cross sales, yes, but the Corolla Cross sells in pitiful numbers compared to the Fortuner and the Rush.

Another problem is refueling. You only need to buy gasoline for a regular hybrid. And you only need to plug in for a regular EV. A plug-in hybrid needs you to do both, which isn’t always convenient, as we found out with the otherwise amazing BYD Tang. Plugging into 220V at home means a six- to seven-hour wait for a full charge, and charging stations are still few and far between. Not that it’s any easier to find charging for an EV, but a typical EV can go a week in traffic on a full charge, meaning you only have to plug it in once a week rather than every night. As such, BYD is now focusing solely on EVs, rather than the mix of plug-in hybrids and EVs it had before. And neither Toyota nor Hyundai seem inclined to bring in plug-in versions of their respective hybrid offerings.

For now, it seems our market isn’t ready for much beyond your basic fuel-and-forget hybrid. With the EV Industry Development Act finally lapsing into law, maybe the charging infrastructure issue will be settled more clearly, but without more affordable mainstream options, or a change in LTO regulations to allow low-cost EVs to ply national roads, EVs will remain a toy for the rich—or at least the moderately well-off—for the foreseeable future. 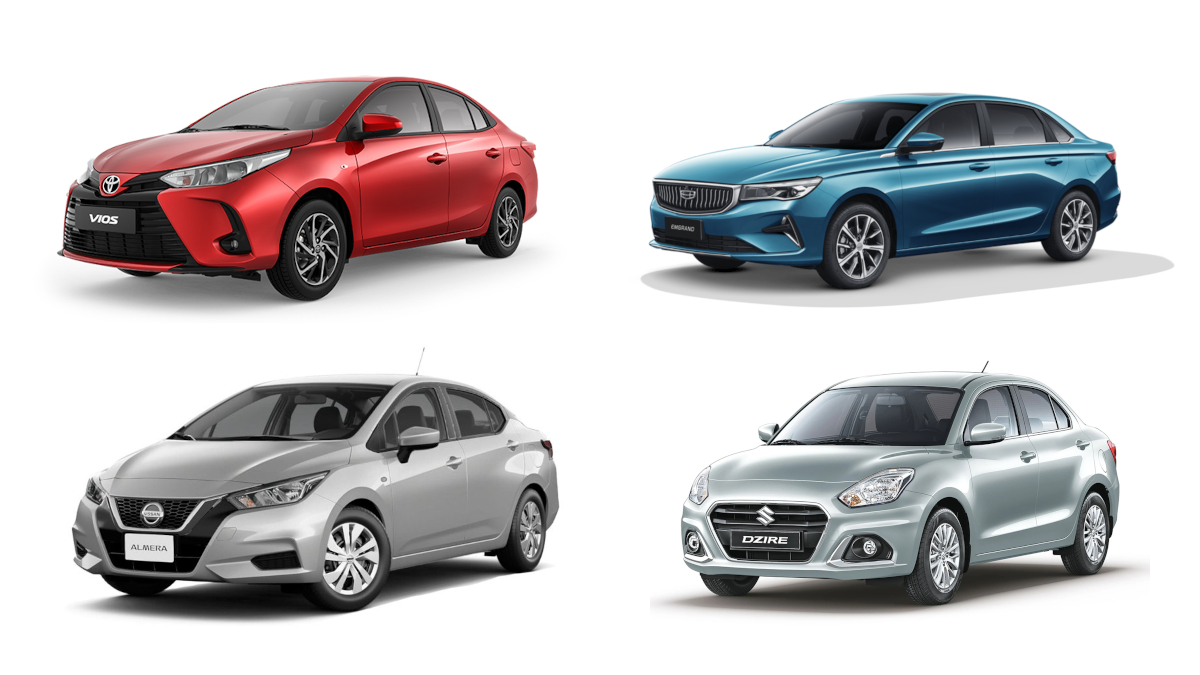 10 starter sedans you can buy brand-new for around P800,000 or less
View other articles about:
Recommended Videos
Read the Story →
This article originally appeared on Topgear.com. Minor edits have been made by the TopGear.com.ph editors.
Share:
Retake this Poll
Quiz Results
Share:
Take this Quiz Again
TGP Rating:
/20