ICYMI: Toyota PH's 30th anniv video will give you all the feels

I learned to drive using a Toyota. My dad and older cousin taught me how. It was a 1994 Corolla XL ‘big body’ variant, which was the base model at the time. It had a 1.3-liter four-cylinder engine mated to a five-speed manual transmission. It had A/C, but no audio system and you had to manually roll up the windows.

For its 30th anniversary here in the country, Toyota Motor Philippines (TMP) channeled this nostalgia and sentiment and created a touching video.

With singer Moira Dela Torre singing “Panalangin” in the background, the clip begins with a father and son bonding while washing their AE92 Corolla in the garage. That Corolla generation was one of the first models TMP introduced in our market, after the Japanese carmaker’s departure in the early ‘80s because of dire economic circumstances.

From there it features the Revo, the Tamaraw’s successor, and a family getting on-board. The Revo was one of TMP’s certified bestsellers, and people reportedly clamored for it even after it went out of production. The young girl looks poignantly at the young boy while she boards the Revo, before coming back in a modern Vios and a smile full of meaning.

A series of montage sequences follow: a mechanic and a customer and their decades-long friendship (based on the models in the background), a mom and her daughter switching driving roles as the latter got older, and the final scene with grandparents in their veranda welcoming the arrival of their grandchild.

The last clip features a red Prius, perhaps symbolizing the future of Toyota here in the Philippines—the next 30 years. Although we hope it doesn’t take three decades for Filipino motorists to embrace hybrids.

As of this writing the video has garnered 15,000 likes on TMP’s Facebook page, and has been shared more than 6,500 times. The post has hundreds—if not thousands—of comments from customers through the years, recounting their Toyota stories spanning 30 years. It’s a marketing move that fully utilizes the strength of new media.

As a satisfied customer, although I personally feel your dealer service has plenty of room for improvement, congratulations Toyota! 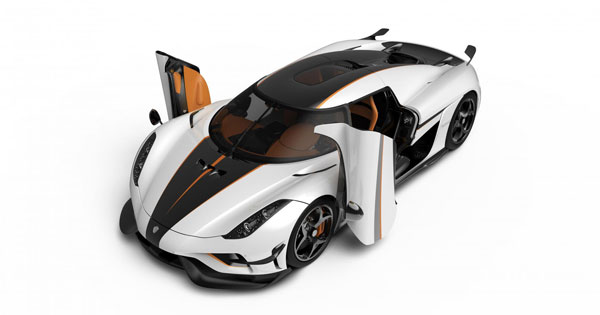 Your guide to buying a hypercar through financing
View other articles about:
Read the Story →
This article originally appeared on Topgear.com. Minor edits have been made by the TopGear.com.ph editors.
Share:
Retake this Poll
Quiz Results
Share:
Take this Quiz Again
TGP Rating:
/20