Is Japan car culture dead? We set out for the answer 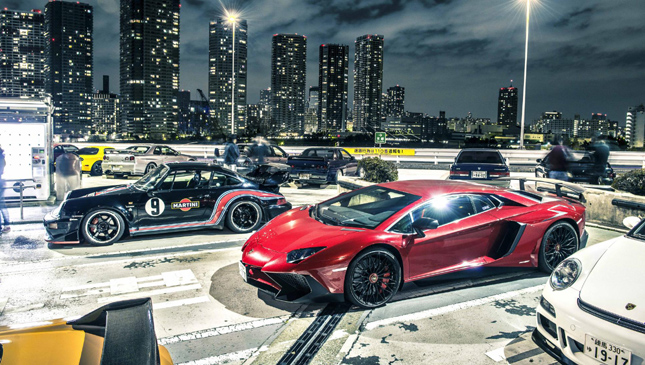 The noise hits us before we see them. Which, considering they’re peppered in a gazillion frenetic LEDs, is an achievement. At the bottom of a slip road off Tokyo’s Bayshore route is a mad Lambo clan we’ve been admiring online. They’ve been waiting for us.

The deputation is officially dubbed "Car Guy," a new-wave movement that strays away from traditional Japanese Bosozoku tuning aesthetics of old. In a very 21st-century kind of counterculture, they prefer to modify their super-high-end cars for maximum Instagram appeal.

With neon lights turned up to "acid rave," leopard print rims gleaming and scissor doors kissing the sky, we sidle up to a big, brash Aventador SV. Perched on its carbon sill is Car Guy’s incredibly wealthy and venerable leader, Takeshi Kimura. 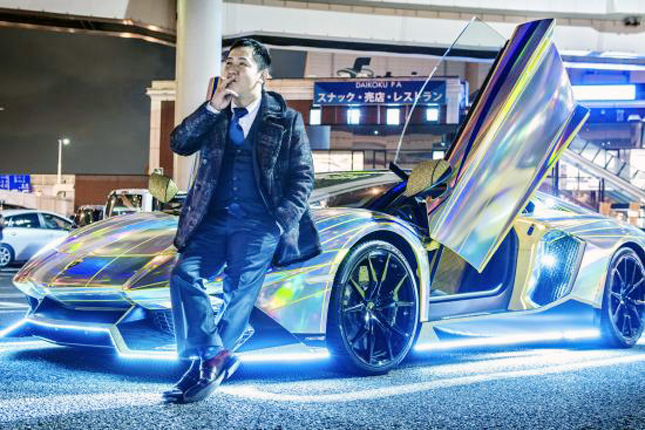 It’s why TG is here. We want to know the current state of Japanese car culture. In its pomp--when the Spice Girls were topping the charts--the car world was enamored, but things have gone a bit quiet over the last few years. The car park we’re sat in--Yokohama’s Daikoku parking area--has always been the beating heart of the Japanese tuning scene. Technically, it’s a service station. But for Japanese car nuts, it’s more than a place to stretch your legs, have a leak and grab some processed and sweaty yakisoba. For decades, it’s been an open-air amphitheater for the tuning scene.

For us gaijin--westerners--Japan’s cultural fabric is full of sinuous fibers of intrigue. Cuddle cafes, ganguro girls and a rather suspect childhood game called kancho all grab our attention. But it’s the nation’s obsessive and expressive relationship with cars that’s always intrigued.

Back in the day, hundreds of cars would flood this place. It would reverberate with the bassline from vans full of speakers. Squeal from the sound of renegade drifters. All while weary truck drivers tried (and failed) to get some beauty sleep.

In Daikoku terms, our selection of peacocking Lamborghinis, McLaren 675 LT and race-inspired Ferrari 360 makes for a low-key affair. Even so, it still has kids rushing out of the service station for a gander. For Kimura, that’s a win. 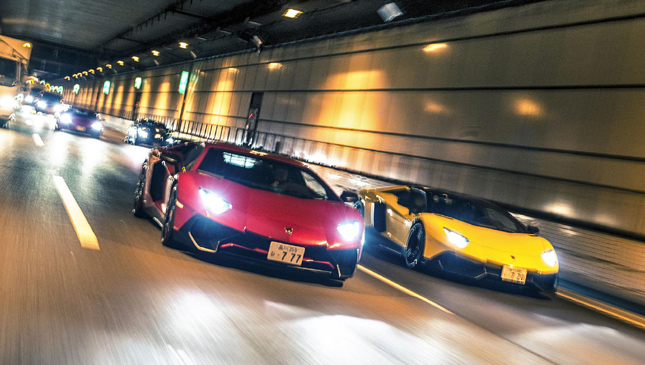 The reason the highly successful property developer set up Car Guy was to promote his love of supercars. Using his social-media following, he flaunts his F40, F50, Enzo, P1, 991 GT3 RS, 458 Speciale and Huracán Super Trofeo by doing unconventional things. Things like sticking an Enzo on studs, then drifting it on ice for Facebook. It may look like a d*ck-swinging contest, but the enigmatic Kimura claims his actions are only to get Japanese millennials salivating over cars again.

He has a point. Police clampdowns and more stringent shaken vehicle inspections--think super-strict biannual uber-MOTs--have robbed from Japan a generation of car fans. Look deeper, and you find that Japanese in their twenties only accounted for 13% of all license-holders last year--a massive decline compared with 26% three decades earlier. And with astronomical parking costs, plus the expense of getting a license, you can see why disenfranchised young ones are home alone on their computers.

With some kids converted, Kimura wants to get back on the campaign trail. He fires up his high-horsepower PR machine before telling his legion of seizure-inducing Lambos to activate Disco Ball mode. Exiting Daikoku in a wave of Sant’Agata V12 and light pollution, we emerge onto Greater Tokyo’s Wangan--once home to the infamous Midnight Club. 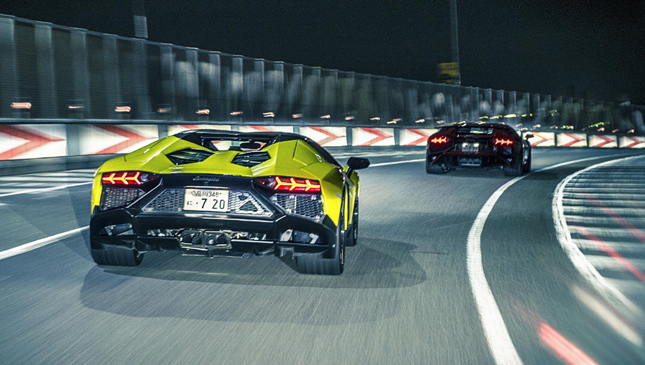 Formed in 1987, Midnight Club was an illegal Vmax street racing society where you could only join if your car hit 250kph. To be competitive, you had to have a 320kph car. While street racing around Tokyo has died down, it doesn’t mean it’s not prevalent in other parts of Japan.

In Osaka, 500km away, there’s a localized band of brothers known as the Kanjozoku, a tribe of Honda heads that bow at the altar of VTEC through a very secretive and also illegal street-racing circle. Access to the club is only granted if you have a race-bred Civic. They rock up on Osaka’s orbital expressways at night looking as if they’ve taken a wrong turn out of Suzuka’s pit lane. Stripped-out, bloody noisy and fitted with slicks, these Civics pound the high-rise roads in the early hours--weaving between lanes, causing mischief and legging it from police.

There’s none of that for us. The Car Guy crew barely nudge the speed limit. The only faint whiff of naughtiness being some blats in tunnels, a natural response when you’ve got a V12 behind your head. 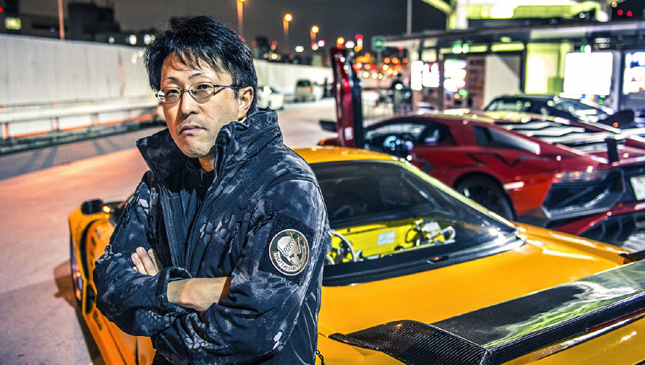 We roll into another rest stop: Tatsumi parking area. While Daikoku sat in the bowels of a man-made island near Yokohama, Tatsumi stands five storeys above the raging Wangan. Architecturally, the structure is amazing. But with the sprawling Ariake neighborhood twinkling perfectly behind, for a second, reality appears to be Photoshopped. It really does put Beaconsfield services to shame.

Given the time (1am), it’s surprising how busy it is. And well-behaved, considering everyone looks like they’ve just walked out of sixth form. There isn’t a hint of the old ASBO culture in the UK scene. Not one empty KFC bargain bucket in sight, nor a wet T-shirt contest being held. It’s just brimming with respect and unbridled appreciation. 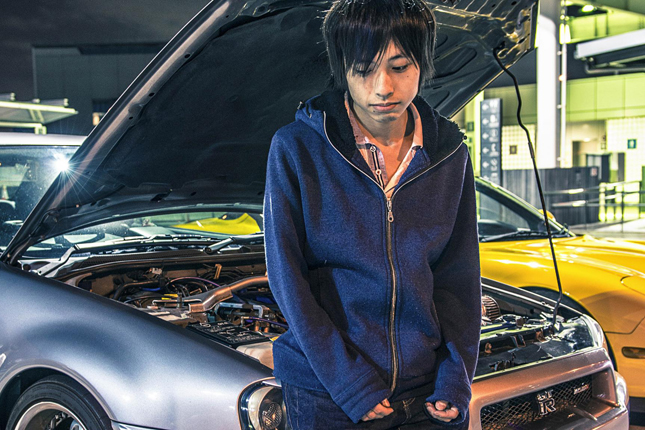 "It was my father’s car," the shy 23-year-old says. "He passed it down to me as he can’t drive anymore. I’m now dedicating my life to this car for him." It’s such an honorable Japanese statement, our head nearly implodes.

Further down, two timid kids hang around a unique green Mazda MX-5 and a Suzuki Cappuccino. As soon as we approach with a camera and notepad, leather collars pop and cigarettes are sourced, transforming nerds into Danny Zuko’s hard-assed Japanese brothers.

"This is my first car," Kumachi-san, the owner of the Cappuccino says as he lights his cigarette. "Super GT racing got me interested in cars, but given my age, this is my dream car right now." 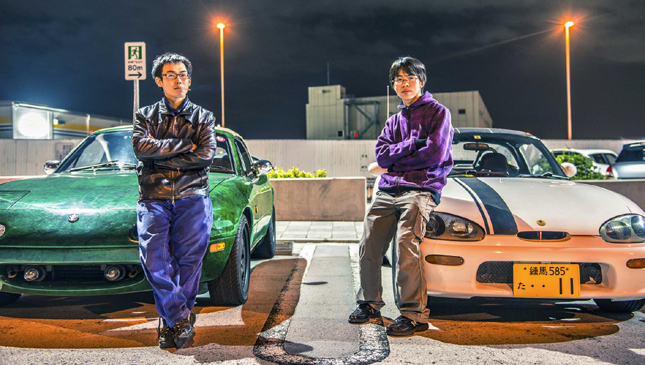 Across the car park--which is full of girls and boys--the enthusiasm is abundant. We’re surrounded by affordable and easily tunable hits from the JDM heyday. "Tuning cars really slowed down a few years ago," Masara-san, a 22-year-old owner of a 700hp GT-R explains. "But now, after the recession and the Fukushima disaster, it’s opened back up again."

There’s still a wider social stigma against modifying cars in Japan; you’re labeled a hashiriya (street racer). But in the eyes of the car community, there’s never a bad idea. Nothing is ever off the cards. It’s all about freedom of expression--the wackier, the better. One variable that’s radically changed things in recent years is the Internet. Its virality and reach have shrunk the car world. Where there was once JDM and US-derived tuning, now they both riff off each other to make a hybrid. Some diehard Japanese stalwarts find this hard to swallow. 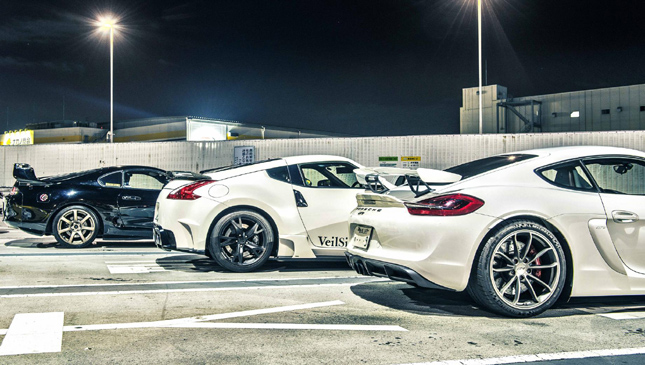 Take what’s currently cool. In Japan, the American-style slamming of cars is in. While in the good ol’ US of A, people can’t get enough of Japan’s potty RAUH-Welt Begriff Porsches and wide-arched specialists Liberty Walk. Some people even mix both.

Over and over, the hereditary thread of parents helping sons/daughters get into cars keeps cropping up at Tatsumi. It’s touching. But where old folks were influenced by JDM manga comics such as Wangan Midnight, Shakotan Boogie and Initial D, their offspring have access to the whole of the World Wide Web, YouTube and the best car games in history. This is creating alternative styles, showcased on new JDM platforms. Toyota’s recent 86, Mazda’s MX-5 and Honda’s S660 are new, simple and tunable cars that have helped revitalize a stagnant scene. 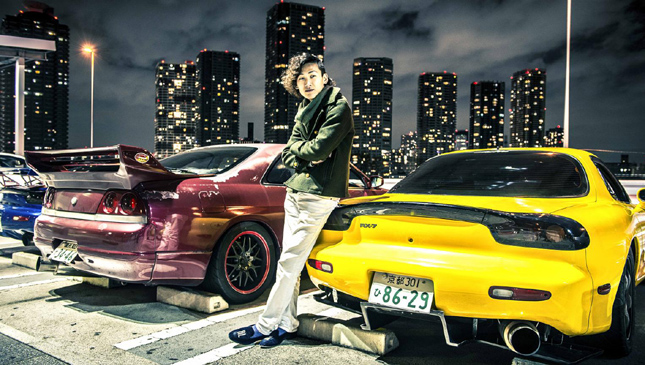 So, is Japanese car culture really set for a date with Dignitas? Not in the slightest. Just one look at this year’s Tokyo Auto Salon--Japan’s premier tuning extravaganza--with its crazy cambered drifters, pink diamante-clad Lambos and quirky kei cars, proves it’s alive and well.

The game has just changed. Japanese tuning first came out of post-war frustration, but there are now new variables at work. We’ve seen for ourselves that there’s fresh meat embracing the legacy, keen to drive it forward while also honoring its heritage.

Where they’ll take it, we just don’t know. All we can say is: Keep it crazy, Japan. 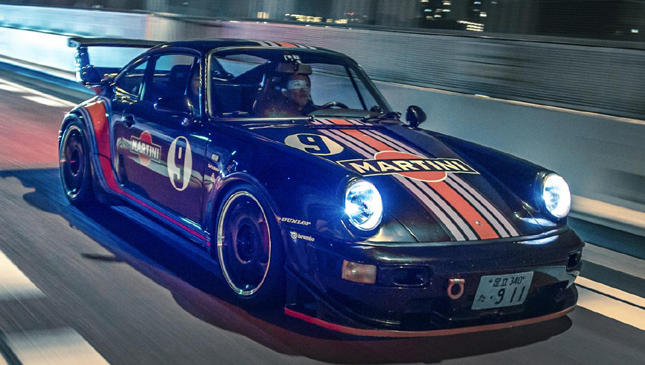 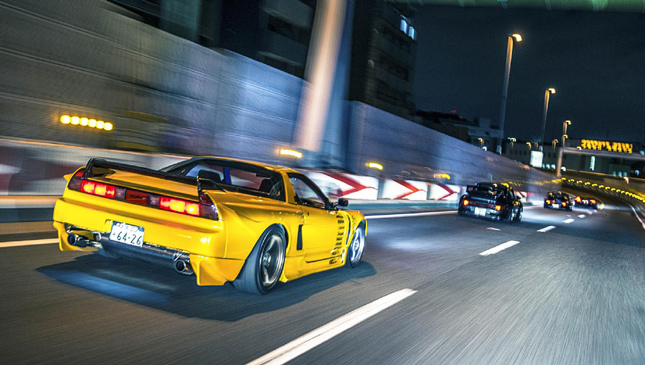 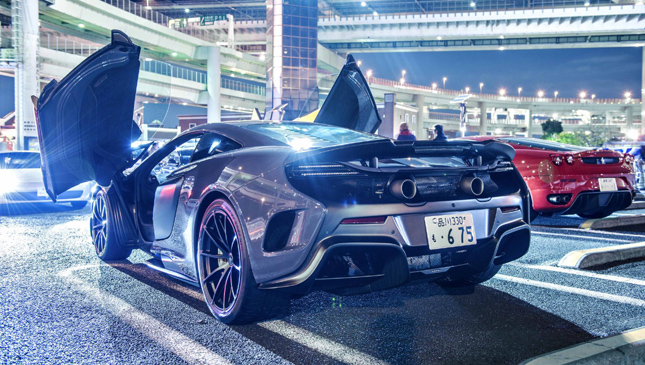 NOTE: This article was originally published in the April 2016 issue of Top Gear UK. Minor edits have been made. 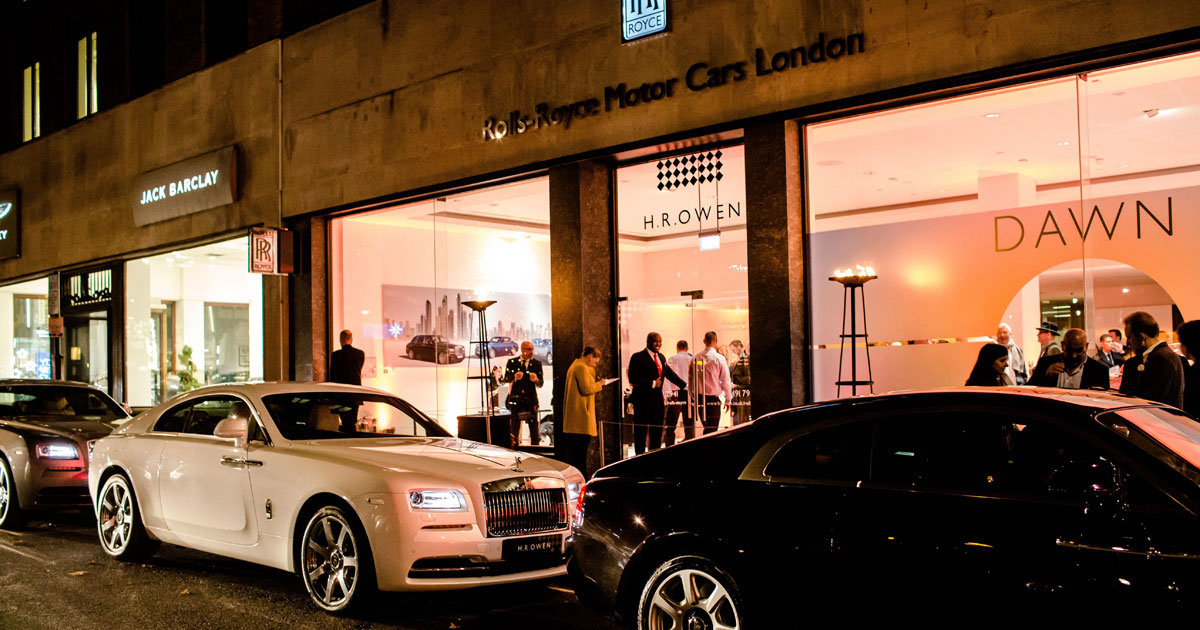 Money no object: 7 random facts about Rolls-Royce
View other articles about:
Recommended Videos
Read the Story →
This article originally appeared on Topgear.com. Minor edits have been made by the TopGear.com.ph editors.
Share:
Retake this Poll
Quiz Results
Share:
Take this Quiz Again
TGP Rating:
/20