Here’s how you can use the Mustang Mach-E’s ‘frunk,’ Ford says

Choose between a mobile cooler and a gigantic shrimp/wing bucket
by Leandre Grecia | Feb 5, 2020
CAR BRANDS IN THIS ARTICLE

The National Football League closed out yet another season with last weekend’s Big Game. That means we now have to live without getting some gridiron action—for a few months, that is.

But for fans, the off-season doesn’t always have to be just about waiting—it can also be a good time to prep for tailgating next season. Ford thinks so, and it has some suggestions on how NFL fans can up their game come Super Bowl LV next year. In fact, the American carmaker has floated a few absurd ideas that involve the new Ford Mustang Mach-E.

Being an electric vehicle, the Mach-E has no engine up front, so it actually has some extra luggage space under the hood. The ‘frunk’ has a glorious 136 liters of space, and Ford is suggesting that it can double as a mobile cooler for all your drinks so you can do away with lugging a heavy cooler around on game day. Or, if you prefer to bring food, you can apparently load more than 1,000 regular-sized wings or a bucketload of shrimp instead. Ford asserts cleanup shouldn’t be a problem, too, because the built-in drain cap should make everything fairly easy (supposedly). 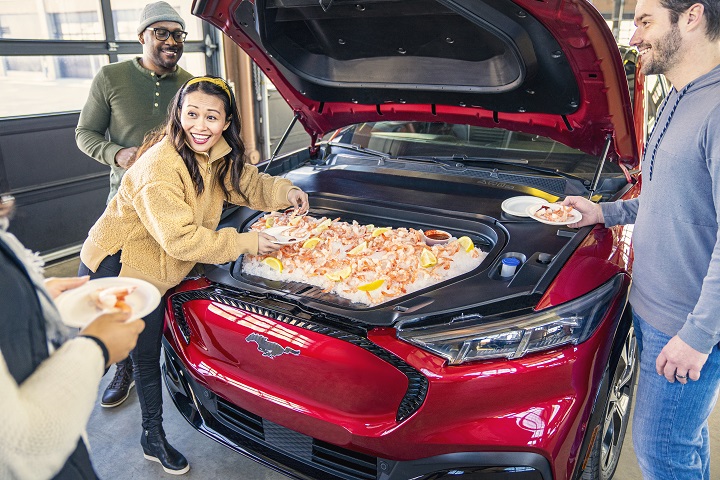 All right, we kid, we kid. Needless to say, Ford—or any Mach-E owner, for that matter—doesn’t really intend to use the EV’s front trunk this way. But that’s definitely one way to show off the car’s cargo space, right? Right... 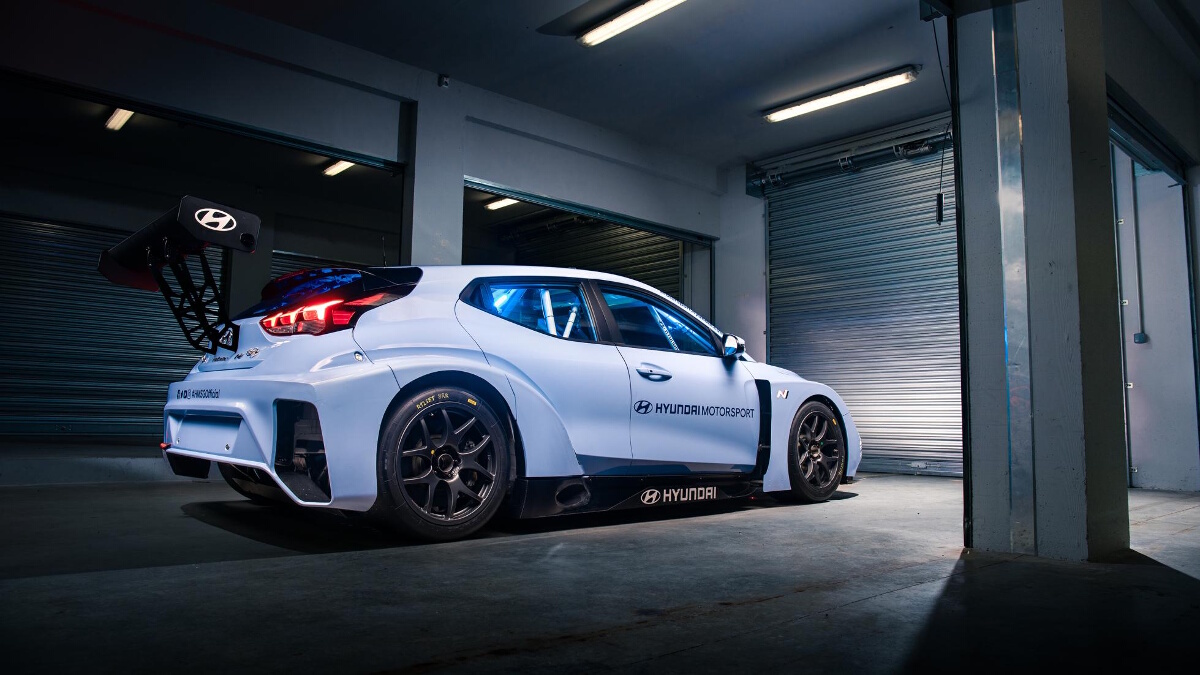 High voltage: Behind the wheel of Hyundai’s electric touring car
View other articles about:
Read the Story →
This article originally appeared on Topgear.com. Minor edits have been made by the TopGear.com.ph editors.
Share:
Retake this Poll
Quiz Results
Share:
Take this Quiz Again
TGP Rating:
/20