There’s a new midsize SUV contender
by Tracy Carpena | May 29, 2018
CAR BRANDS IN THIS ARTICLE 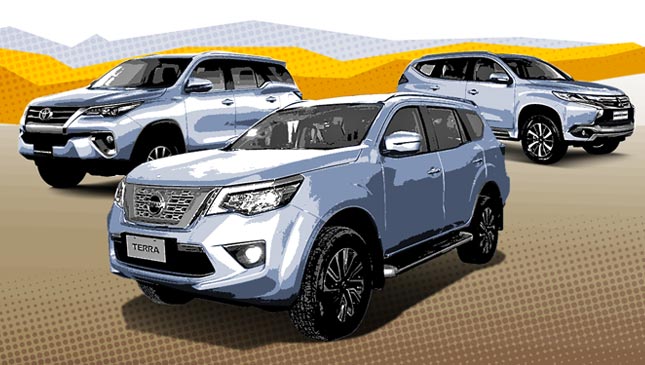 The midsize SUV  battle heats up as Nissan finally brings its contender, the Terra. No longer missing out, the Japanese carmaker had an elaborate regional debut of its new product in the country yesterday, making the Philippines the second market in the world (next only to China) to welcome the Terra.

Is it any good? Wait for our initial test-drive impressions. But size-wise, it’s pretty tempting.

Let’s talk about size, because it does matter. Compared to the best-selling Fortuner and Montero Sport, the Terra is the longest and widest. In terms of height, the Terra is as tall as Toyota’s midsize offering. Nissan’s player has a wheelbase of 2,850mm, the longest among the three, thus promising the most legroom.

Price-wise? The Terra breached the sub-P1.5 million price tag, with the base 4x2 six-speed manual transmission variant pegged at P1,499,000. The Mitsubishi Montero Sport and the Toyota Fortuner have base variants starting at P1,565,000 and P1,592,000, respectively. Only the Isuzu MU-X can beat the new kid on the midsize SUV block when it comes to pricing, with its 2.5 LS 4x2 manual transmission variant going for P1,318,000.

But of course, most shoppers are interested in a mid variant for some bells and whistles, so below, we pit the mid-tier Terra against the other Japanese vehicles in the segment. The Fortuner seems to have the sweetest deal with a P1,682,000 price tag, but if you’re more concerned with an SUV’s maximum output and pulling capability, the Montero Sport and the Terra fared better than the Toyota.

In case you’re shopping for a midsize SUV and you want to make an educated choice, check out the side-by-side comparison of the three Japanese midsize SUVs. Of course, scrutinizing the spec sheet of these vehicles is just the first step. It’s best to test-drive the vehicles on your shortlist before you take your pick. Happy shopping! 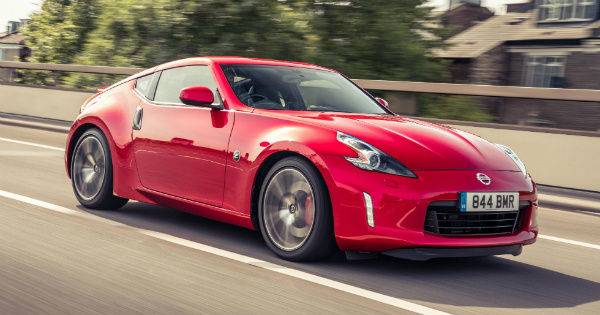 The Nissan 370Z is becoming a relic from an era we'll sorely miss
View other articles about:
Read the Story →
This article originally appeared on Topgear.com. Minor edits have been made by the TopGear.com.ph editors.
Share:
Retake this Poll
Quiz Results
Share:
Take this Quiz Again
TGP Rating:
/20