Based on recent rumors and leaks
by Andrew Guerrero | Apr 29, 2022
CAR BRANDS IN THIS ARTICLE

Aside from some new variants, nothing much has happened with Ford’s iconic pony car, but all that will change soon. According to a report by Ford Authority, a heavily updated Mustang is expected to make its debut in 2023 for the 2024 model year. The 2.3-liter EcoBoost and 5.0-liter V8 engine options will stick around, but the car could also be electrified. The other big news is the recently leaked images of the 2024 Mustang’s front end.

While it’s still unmistakably a Mustang, the new look features a more angular design and a much larger grille. The headlight shape is reminiscent of the pre-2018 units still used by the current Shelby GT500. It will lose the tri-bar daytime running lights and will instead have three distinct main lightning elements inside the cluster. The turn signals will also migrate to the headlight cluster like on the Mustang Mach E. 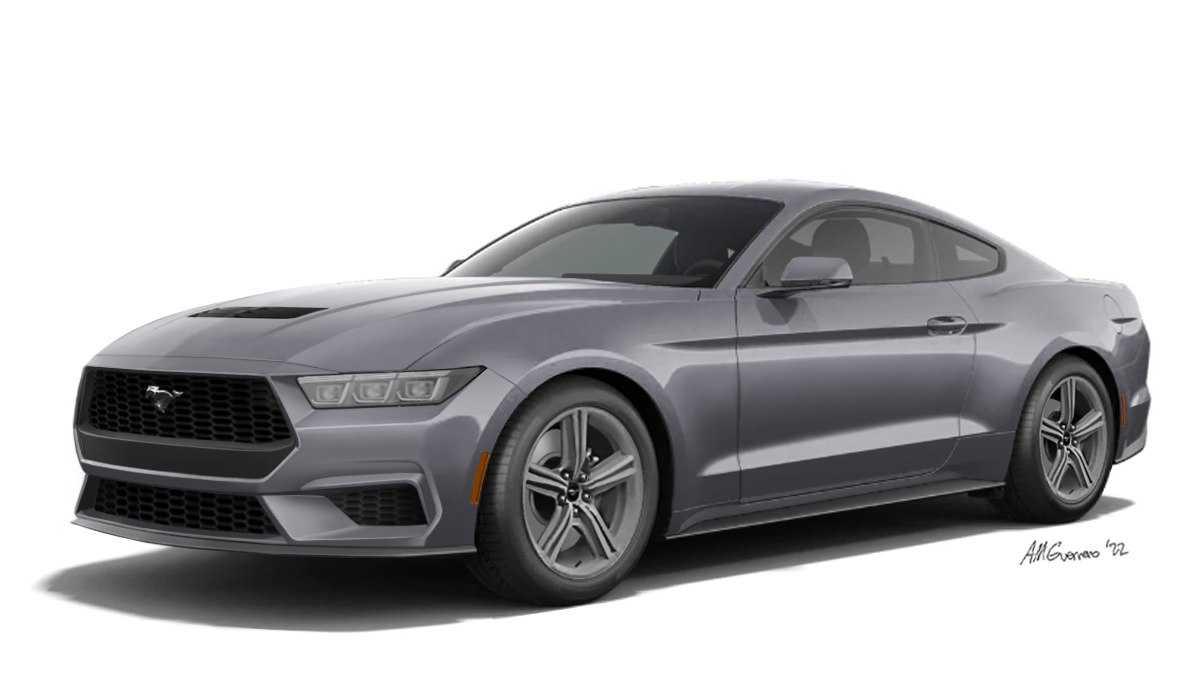 The performance variant will get a much more aggressive front bumper design with huge intakes on each corner, but do note that the actual openings are probably smaller. The more toned-down standard bumper resembles the pre-2018 model’s design minus the separate turn signals. The hood has been restyled and now sports one large central vent like the discontinued GT350, but this time it sits flush instead of being in a recessed section of the hood. We still have no clue how the rear end will look like, but expect the angular theme of the front to continue at the back. The restyled pony car also appears to have Mach E-style vertical side marker lights positioned along the wheel arches.

NEWS YOU MIGHT HAVE MISSED:
SM City North EDSA’s indoor electric go-kart track will have its soft opening on May 1
The PH Electric Vehicle Industry Development Act is now law

Spy photos of the upcoming Mustang’s interior reveal radical changes. Here, Ford will ditch the classic symmetrical double-brow dashboard design to make way for bigger screens. The cabin will also feature a large digital instrument cluster and infotainment touchscreen that sit side by side, giving the illusion of a giant display the stretches from the driver’s side to the center of the dash. This instrument panel layout also appears on some new-generation Fords, including the Equator Sport. The new pony car will receive a sportier-looking flat-bottom steering wheel.

Ford’s internal code name for the next Mustang is expected to change from S550 to S650, even though it appears to be based on the current S550 model. My theory? Ford engineers could have made changes under the Mustang’s familiar skin to accommodate electrification.

On the motorsport side of things, Ford announced earlier this year that it will be developing a Mustang GT3 IMSA race car. This track pony will race globally starting with Daytona in 2024. Expect the upcoming race car to feature the Mustang’s new look.

While the future of its internal combustion-powered competitors from Dodge and Chevrolet are still unknown, it looks like Ford’s Mustang will be sticking around a bit longer with its familiar silhouette.

What do you think about Ford taking the evolutionary route with its iconic nameplate? Let us know in the comments. 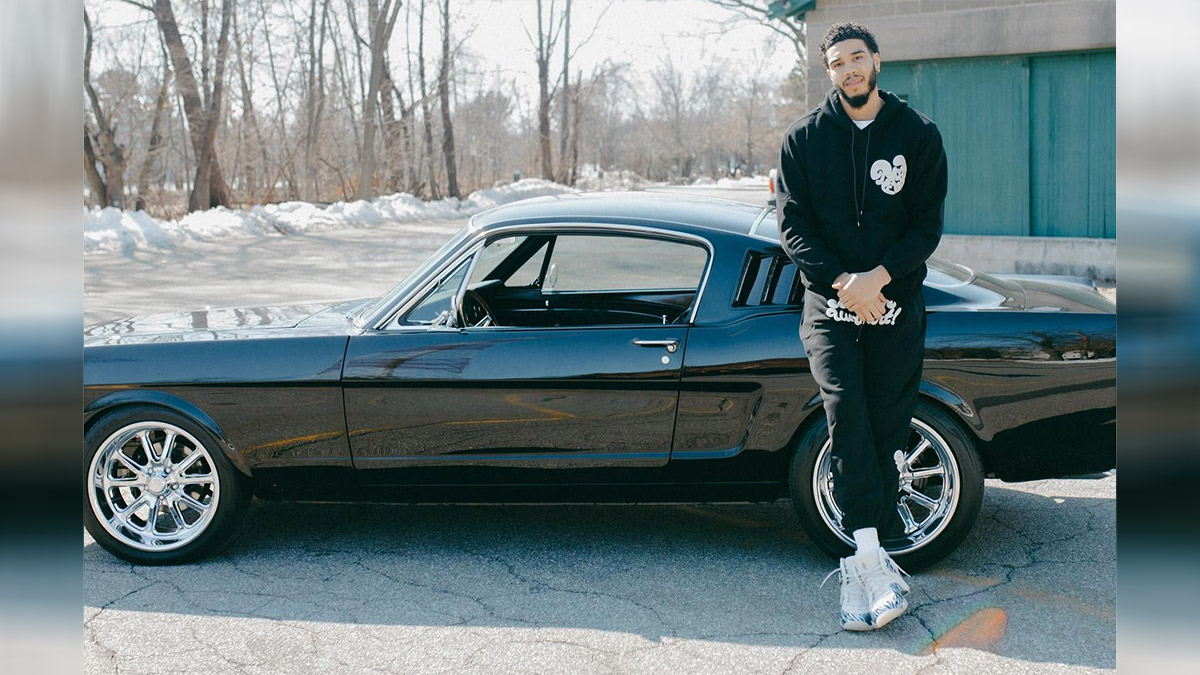 Jayson Tatum’s Ford Mustang looks as clean as the young superstar’s on-court play
View other articles about:
Recommended Videos
Read the Story →
This article originally appeared on Topgear.com. Minor edits have been made by the TopGear.com.ph editors.
Share:
Retake this Poll
Quiz Results
Share:
Take this Quiz Again
TGP Rating:
/20