The current-generation Innova made its global debut in November 2015. While not that old, it is built on essentially the same IMV bones as its predecessor which made its debut over a decade earlier. While this isn’t a bad thing, there is a limit to how far you can improve the IMV architecture, especially when it comes to refinement and optimizing interior space. More on that later—first let’s take a look at the exterior and make our way under the skin.

Based on the spy photos—a leaked 3D computer image—the next-generation Innova will follow the same general design language as Toyota’s newer MPVs. At first glance, it looks like a Veloz and Corolla Cross mashup which was then enlarged to the size of the current Innova.

OTHER STORIES YOU MIGHT HAVE MISSED:
We bring back the Toyota Starlet
We’ve turned the Toyota Innova into a proper GR model

Up front, the next-gen Innova continues to use the recognizable trapezoidal grille present in other Toyota models, particularly the Japanese carmaker’s crossovers and SUVs. The sides appear to be less cluttered than its smaller Avanza and Veloz siblings. The rearmost triangular side windows resemble those found in numerous new Toyota people-haulers from the small Avanza to the large North American Sienna minivan. While there’s not much info on the rear styling, expect it to stray too far from the brand’s design language. We also gave our Innova renderings some Toyota-style CUV/SUV overfenders since the single official teaser shows what appear to be dark, contrasting ones. 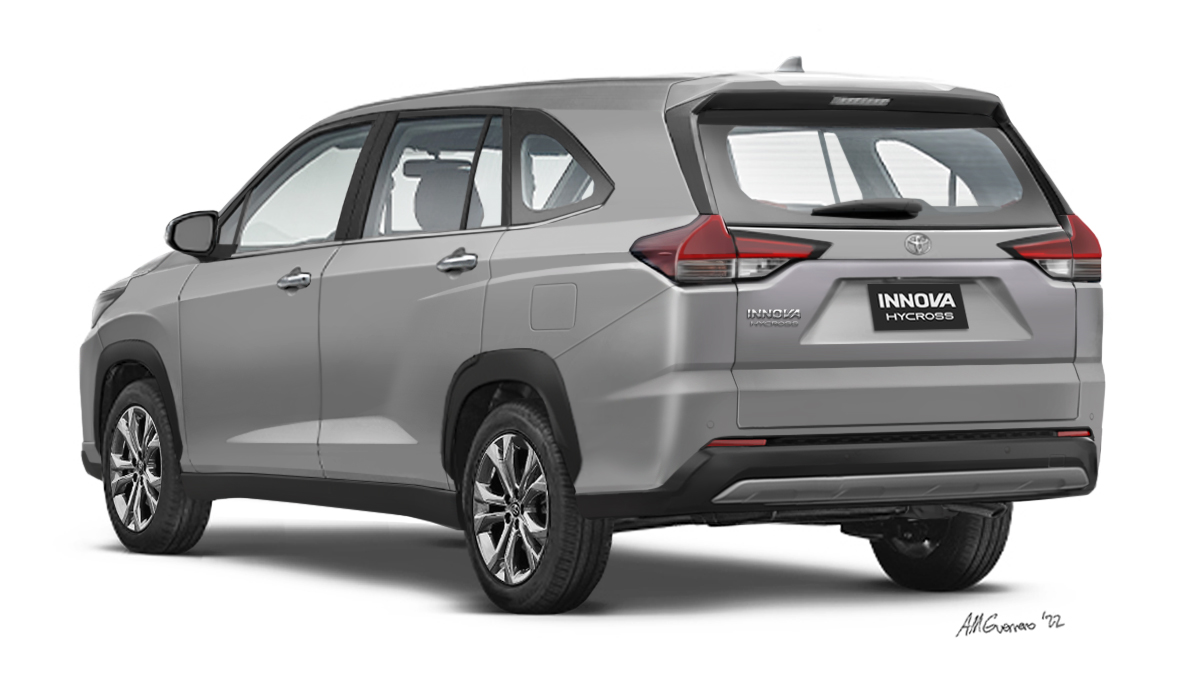 According to rumors, the next-generation Innova will move to a version of Toyota’s front-wheel drive TNGA platform. Rear-view spy photos show that it has no rear-axle pumpkin and instead has the silhouette of a torsion beam axle. This bit of information supports the unibody TNGA rumors.

The next-gen Innova is rumored to have various suffixes added to its name, one of them ‘Hycross’ which is believed to be a hybrid crossover. The ‘hybrid’ part of its name is the interesting part. If this is indeed built on a TNGA platform, we can assume it could be powered by the 1.8-liter gasoline mill found in the hybrid versions of the Corolla Altis and Corolla Cross since these are the ones available in the region.

In the Corolla hybrid twins, this gasoline-electric powertrain puts out a total system output of 120hp. Of course, this is just pure speculation, as Toyota could surprise us with a more powerful gasoline-electric hybrid system. The 197hp 2.0-liter hybrid engine in the Euro-spec Corolla Cross would be very interesting. Currently, there is no diesel engine option in any of Toyota’s front-wheel drive models, so don’t expect to see an oil-burner in the next Innova. What is more plausible is a non-hybrid gasoline engine option which we assume won’t be called Hycross.

Expect the next-generation Innova to make its debut very soon. Are you excited to see the next chapter of Toyota’s popular MPV? Let us know in the comments. 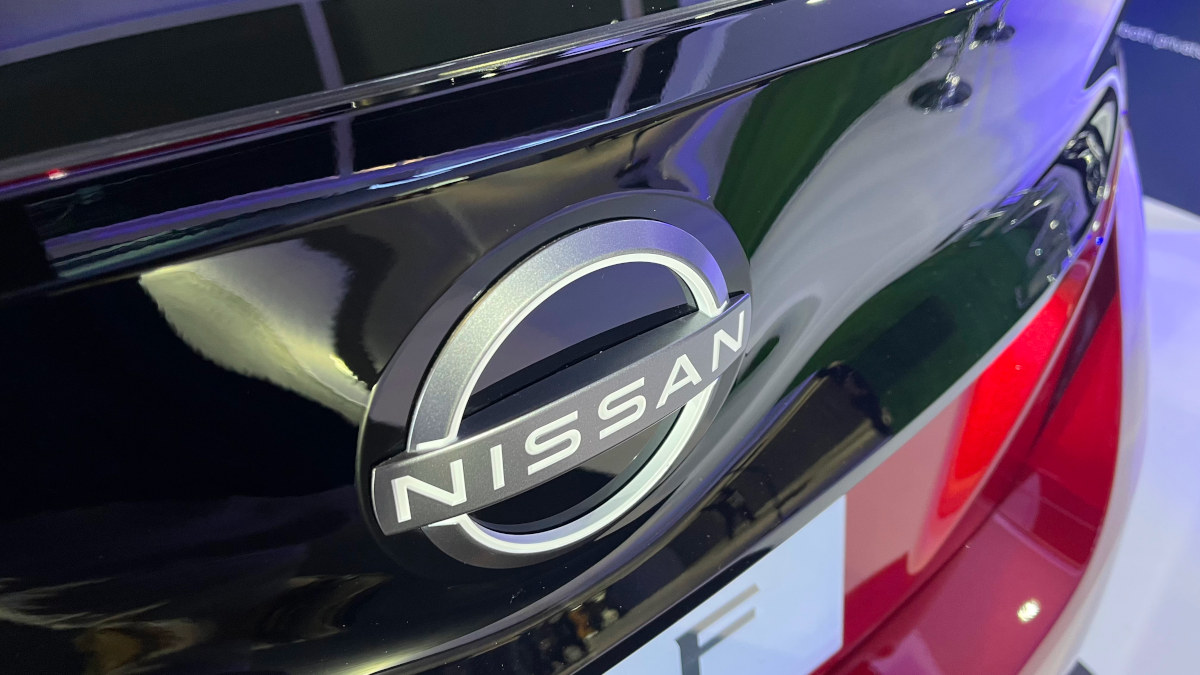 Everything you need to know about Nissan
View other articles about:
Recommended Videos
Read the Story →
This article originally appeared on Topgear.com. Minor edits have been made by the TopGear.com.ph editors.
Share:
Retake this Poll
Quiz Results
Share:
Take this Quiz Again
TGP Rating:
/20