Progress is about eliminating all non-working solutions. These fell by the wayside. Here are nine car inventions that, quite frankly, weren't some of the best ideas to come into fruition.

Honda says WOW stands for 'wonderfully open-hearted wagon'—really—and that this 2005 concept was designed to be the most dog-friendly car ever. Much as TG loves its dogs, if owning one meant driving a WOW, we might have to give it a miss.

There are many reasons the Ford Nucleon never caught on—but the biggest one is probably that the technology required to build it (a nuclear reactor small, light and stable enough to power a car) doesn't really exist. Even now, 60 years on.

Mostly, being on water is slower than not being on water. And you might sink. No real surprise then that amphibious cars haven't flooded (ha) the market in the last few decades. Maybe we'll change our tune when the waters begin to rise…

Usually it takes years for a car to develop that special whiff—not so some Mercs, which can be had with fragrance dispensers that pipe special scents into their leather-lined cabins. If this isn't luxury, we're not sure what is.

To work properly, record players rely on, well, not being jiggled about while they're playing. Legend has it that the ones fitted to cars in the '50s were set to bite into the record a bit more firmly to stop them skipping, thus ruining the record after only a couple of plays.

These things were vogue in the '70s, '80s and '90s, while the American government was umming and ahhing about making them compulsory if a car wasn't fitted with certain types of airbag. Luckily, they never made it across the pond.

A lot of people think the Sinclair C5 was simply ahead of its time. Many others think it was just terrible. Essentially a battery-assisted tricycle, it was expensive, slow, quite dangerous and especially embarrassing to be seen on.

Without the power, style or handling to keep you alert, Fiat was forced to look elsewhere to keep drivers of its 500L MPV awake. Hence this built-in coffee-machine--a feature which has appeared on precisely zero cars since. That's didn't go well.

We kind of wish this one had caught on. The now quite collectible Z1 is, so far as we can tell, the only car with doors that disappear downwards into the sill. And how stylishly. You could even do it on the move for, erm, reasons that must’ve been important at the time… 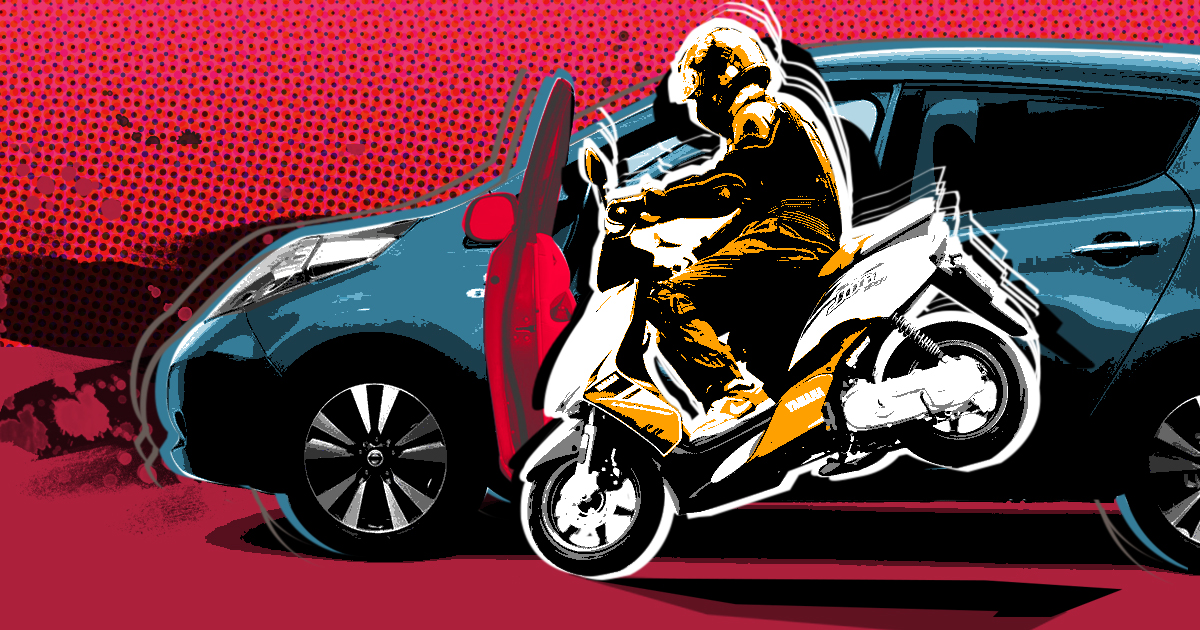 7 things that drivers should mind when sharing the road with riders
View other articles about:
Recommended Videos
Read the Story →
This article originally appeared on Topgear.com. Minor edits have been made by the TopGear.com.ph editors.
Share:
Retake this Poll
Quiz Results
Share:
Take this Quiz Again
TGP Rating:
/20