We’re not better off with vehicles that get heavier with each model generation
by Craig Jamieson | Sep 26, 2020

As anyone who’s been working from home during the last six months will tell you, being overweight is mostly terrible. The extra effort it takes to lug around excess flab makes the simple things harder and the hard things nigh-on impossible.

At this point, you might be wondering why heavy cars are such a problem. You might also be wondering how they make toothpaste come out with those perfect lines on it, and why Keanu Reeves never seems to age. While the latter is a bona fide mystery that either relies on Nosferatu or a picture of himself that he’s locked away in the attic—and the toothpaste one is actually dull and unsatisfying—heavy cars are a problem for pretty much every reason you could think of. Feel free to consult Gordon Murray on why this is a problem. Alternatively, you could just read on—we have enough vitriol to swim in. So, jump on in! It’s...um, warm?

Moving right along. Heavy cars take more materials to make, which squanders resources and saps gargantuan amounts of energy to mine and refine. Heavier cars need more power to move them—especially at the rate we demand these days—which in turn requires more energy to do so, whether it comes from lithium or liquefied dinosaurs. They’re harder to stop, which means bigger brakes, which require bigger wheels to fit over them, which then results in a ride quality usually reserved for camels.

So, heavy cars won’t ride, stop, or accelerate as well as a lighter car without employing a bevy of parts with more complexity than your average Christopher Nolan flick. They require more minerals than a six-week StarCraft session, and more fuel than a cruise ship. What’s worse, weight begets weight: If you add more mass, you also need to add more strengthening to remain rigid, which stacks on even more weight. It’s like the rocketeer’s problem—adding any weight means adding more weight in fuel to make up for the weight you just added, which adds weight. It’s a vicious circle, to say the least. To be more accurate, it’s a circle so vicious that, even if you were to spend thousands on circle obedience classes, you’d still get banned from the circle park.

Which is why we’re offering up a new way for your delectation: By law, all cars must weigh a metric or less, otherwise we levy a tax of, say, £100 (P6,170) per extra kilo, in the case of the UK. We’d also crack down on anyone trying to sneak around the rules by classifying their vehicle as a truck, van, or otherwise. Pitching them into the nearest volcano is our first thought; perhaps we could run it by a focus group or two before we make a concrete law out of it.

Here’s how the basic plan will work: Cheap, small cars can remain—quell surprise—small and cheap, because they are already. Think about the likes of the Fiat 500, the Kia Picanto, and the Toyota Wigo—they’re all comfortably less than 900kg. So, nothing has to change, including the price.

Then consider cars that are close to the mark, but fall foul of our hard limit—the Mazda MX-5, for instance. It’s already achingly close, so there’s a huge incentive to sneak below the ton.

“But,” you might be thinking, “it costs a mint to get the weight down in cars, especially if they’re already made to be lightweight.” And you’d be exactly right.

Coincidentally, here’s where our plan gets the ever-so-slight whiff of genius about it: We use the tax generated from bloated heffalumps to subsidize the purchase price of sub-ton cars. So, any car that’s already less than a ton gets a government kick of £50 (P3,090) per kilo. And cars that manage to drop down to a ton or less get the other £50 per kilo.

This helps mitigate the cost of the super-light parts and late nights in the engineering skunkworks needed to get the weight down to where it’s needed. Better yet, most cheap city cars would be basically free under our plan. That means basic transport, future fun hatches, and seminal sports cars get much cheaper, while bloated SUVs and six-figure uber-coupes get monumentally more expensive. That’s our kind of wealth redistribution.

But what effect might this plan have on carmakers, who, like the rest of us, aren’t having the best year ever? For one, a complete about-face from the ‘nothing exceeds like excess’ business plan of adding more toys, more trinkets and towers of power that not even Judge Dredd could hope to clear out. And a huge rationalization (hint: marketing-speak for ‘getting rid of things/faithful employees’) of what we’re used to in modern cars.

So, out goes the 20-way power-adjustable heated seat. Out goes the 21-speaker stereo with more watts than it takes to send a DeLorean through time. Out goes four-zone climate control, as well as the gigantic wheels and wiring setups that wouldn’t look out of place for a headline gig at Wembley. And this means that—shock and indeed horror—carmakers will have to compete against each other in stakes like real-world performance, comfort, and value, as opposed to which has the best smartphone integration or a stereo that could drown out the rapture.

Cars themselves will do the unthinkable: Reversing the decades-long trend of ballooning with each successive generation. So, who else wants to welcome back an E30-sized BMW 3-Series or an Mk1-sized VW Golf?

And with smaller cars, we’ll use less of everything: metal, gasoline, lithium and rare-earth metals, rubber for the tires, brake compounds, you name it. Even the manual gearbox could see a resurgence, as the heavier autos and twin-clutch setups lose out by dint of their mass.

If what we’ve described sounds like pure automotive utopia, you’re not the only one who thinks that. But we would, given that we came up with the idea. And if you’re not convinced, think of it this way: In our future, Gordon Murray would get a lot more work. 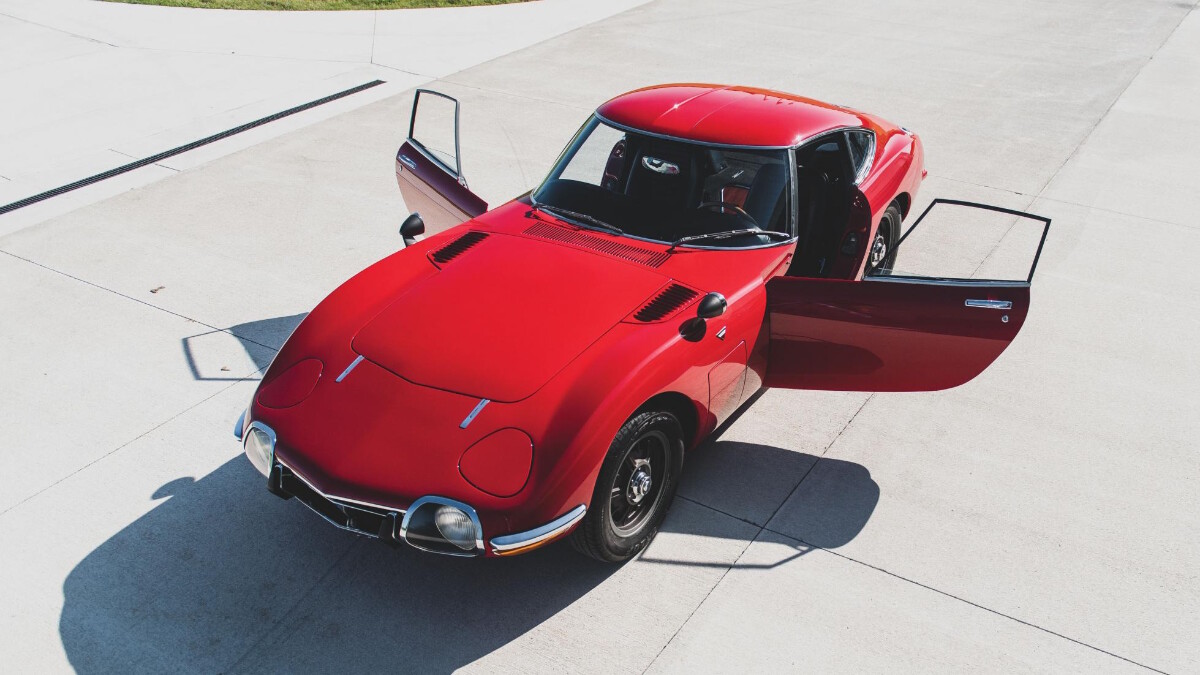 Rare Toyota 2000GT can fetch over P36-M at RM Sotheby’s auction
View other articles about:
Read the Story →
This article originally appeared on Topgear.com. Minor edits have been made by the TopGear.com.ph editors.
Share:
Retake this Poll
Quiz Results
Share:
Take this Quiz Again
TGP Rating:
/20