The best of YouTube: Only the best SUVs conquer this Hill of Horrors

Can your SUV take on Abu Dhabi's infamous 'Hill of Horrors?'

Toppled trucks, exploding SUVs and sand flying everywhere—no, this isn't an upcoming Michael Bay Transformers flick, thank goodness. This is the Liwa Sports Festival in Abu Dhabi, a dune-bashing extravaganza meant for only the most souped-up of off-roaders. Think your Toyota Fortuner can handle it?

How a Porsche 911 GT3 RS delivery turned into one smoldering, charred mess

If you get the feeling something disastrous is about to go down, it's probably best to just back away—especially if we're talking about hundreds of thousands of dollars worth of Porsche performance. Take it from the former owner of this GT3 RS, whose car went from one in 600 to a melted skeleton after a botched delivery.

Bjorn Harms is a 34-year-old computer engineer from the Netherlands with a fondness for Back to the Future and some time on his hands. Does he use said time to build an app or computer program? No. He transforms a Chevrolet Corvette into a 1:1 scale remote-controlled car. Yes, we like where his priorities are at.

You grew up seeing them in television cop shows or big-screen chase sequences, but there's a lot more history and variety to the American police car than you know about.  For instance: Did you know the black-and-white paint scheme was initially adopted because it was more budget-friendly?

Have you ever wondered where big-budget Hollywood movies get an endless supply of cars to smash, blow up, or use as extras? Apparently, a lot of them come from the Auto Film Club—a family business dedicated to providing productions with cars of just about every shape, size and make, whether it's taxis and RVs or old school classics. 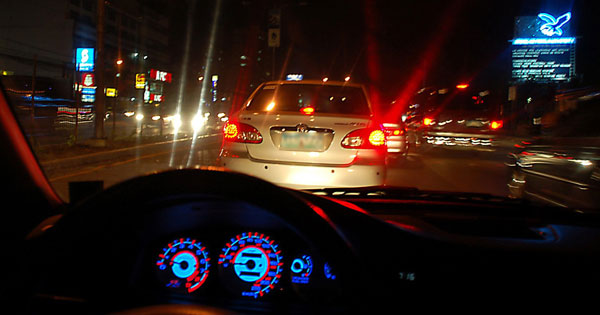 Use these exercise tips to survive your next long drive
View other articles about:
Recommended Videos
Read the Story →
This article originally appeared on Topgear.com. Minor edits have been made by the TopGear.com.ph editors.
Share:
Retake this Poll
Quiz Results
Share:
Take this Quiz Again
TGP Rating:
/20