The next sought-after Tomica: the refreshed Subaru BRZ 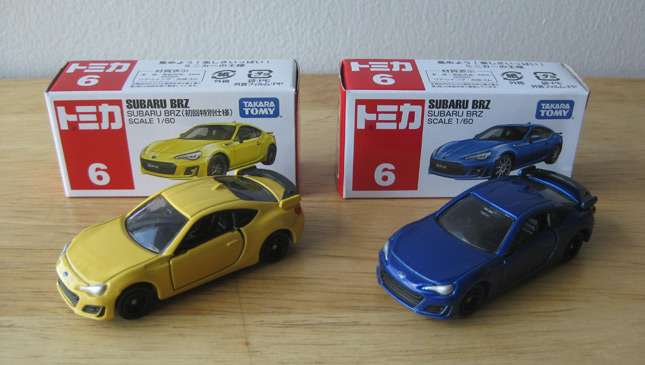 After Tomica released the refreshed Toyota 86 back in August of last year, an updated Subaru BRZ was very much anticipated. Both versions, after all, have proven to be highly collectible since being first released. The BRZ follows the 86 and the Nissan GT-R R35 as a Tomica "Regular Box" refreshed model to be sold worldwide.

The first release back in October 2014 only came in blue. Special releases that followed include the Fuji 86 Style with BRZ 2015 box set, Tomica Event Model 2015, Tokyo Motor Show 2015, a white one from a Tomica System play set, Tomica Aeon, Tokyo Auto Salon 2017, Toys 'R' Us with racing decals, Snap-on Racing, and the Subaru Collection box set. Only the Toys 'R' Us special made it here.

The new BRZ is available in yellow as the limited color, and blue (a richer shade) as the regular one. Our source tells us that Takara-Tomy (the company that produces Tomica) has lessened production of the limited color to make it more collectible. He also tells us there’s a one-car-per-customer policy on the special color in Japan.

That’s not hard to believe. The new BRZ was released in Japan in May, which means it should’ve arrived here a month later. Supply and demand means it arrives here two months later.

The new casting sports the redesigned air intake and chin, new foglamp bezels (now painted on this version), the overlapping design at the corners of the front bumper, and updated side gills. Look closely and you'll notice the badge in front is now curved outwards; the previous one has a concave effect.

The rear has the same updates as its Toyota counterpart—new taillights and spoiler, as well as the shark fin antenna. No extended exhaust tips here, though, like the 86—that was an update exclusive to the Toyota as the first release was made in China (the red and the silver). The exhaust tips became longer when it was made in Vietnam. The BRZ, on the other hand, was already made in Vietnam when it was first released, so no changes here. In fact, the chassis still has number 120 on it even if this new release is number 6. The 86 moved from number 46 to number 86.

The trademark Tomica wheels, meanwhile, are now an all-black affair for a more aggressive look—a feature that makes it distinct from the 86 with chrome-lipped wheels. Just like our feature on the Tomica 86, we have photos of the old and new side by side to compare both versions.

The new pair is scheduled to hit selected toy stores and department stores this month. Keep your eyes peeled as they will go fast, especially the yellow since it’s the first batch with quantity being lessened. That said, it can possibly reach the same status as the pre-facelifted silver 86, which has reached a value of P1,200 and above. The blue, however, is equally desirable, and it’s a toss-up which color you prefer.

While regular Tomicas retail for P230, the new BRZ pair goes for P250—a clue as to how hot this Tomica is. 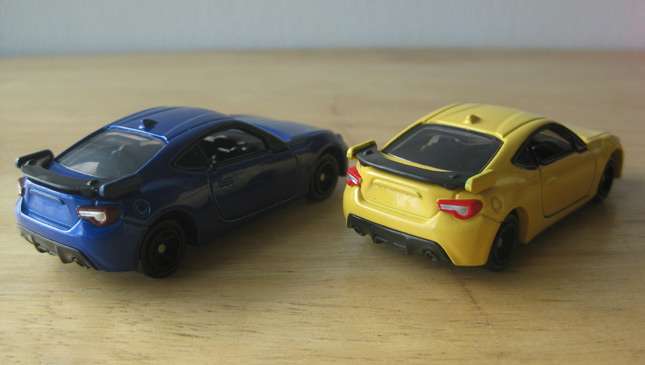 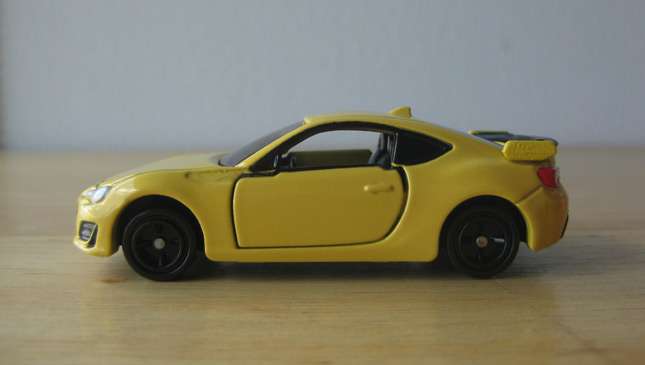 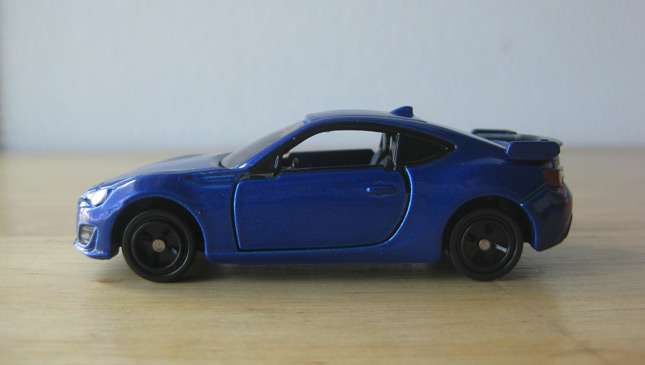 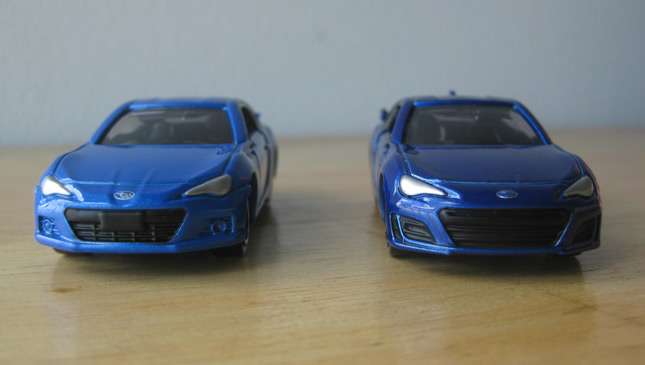 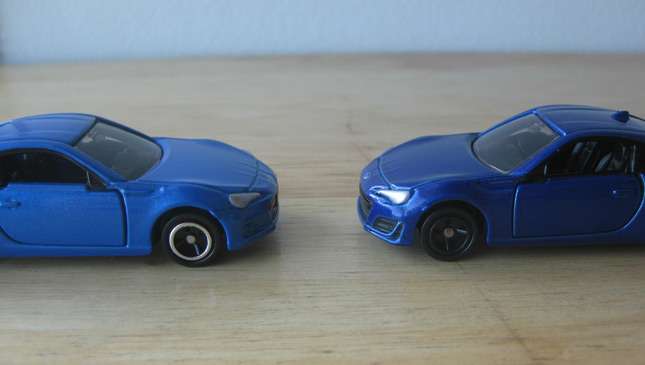 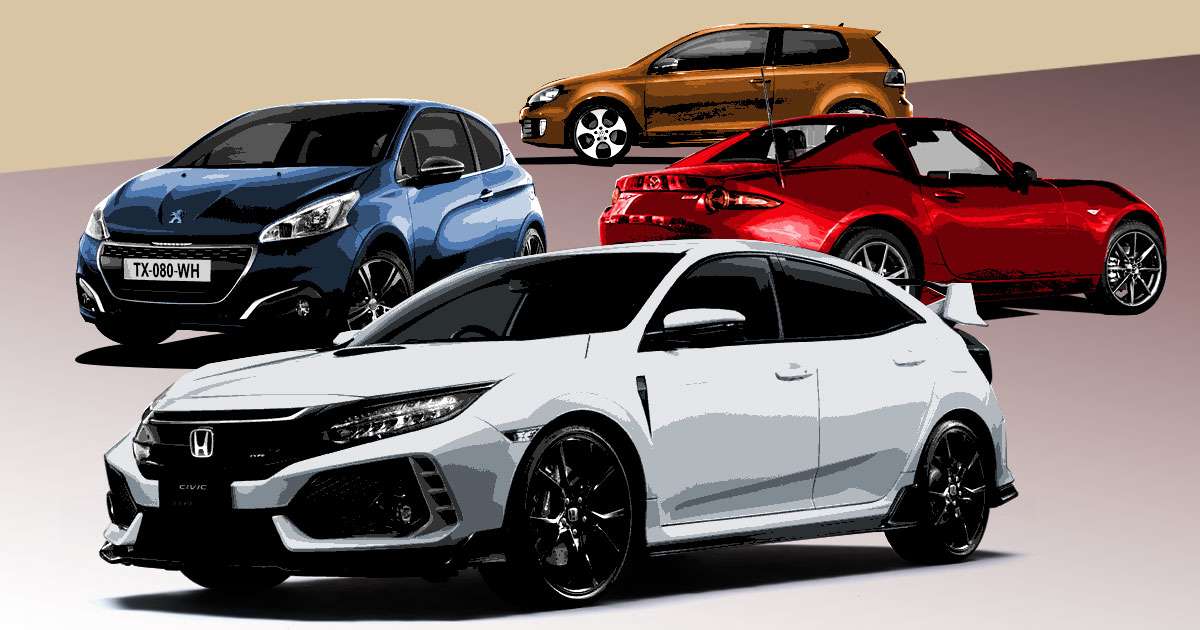 Spec-sheet brawl: Which weekend toy will you get?
View other articles about:
Read the Story →
This article originally appeared on Topgear.com. Minor edits have been made by the TopGear.com.ph editors.
Share:
Retake this Poll
Quiz Results
Share:
Take this Quiz Again
TGP Rating:
/20