What happens when you don’t change your car’s engine oil?

Engine oil works a lot like blood in your body. It protects all the vital organs inside your car and keeps everything in working order. Unlike blood though, engine oil has a limited shelf life and needs to be replaced regularly. But what happens when you don’t do an engine oil change based on manufacturer’s recommended schedules?

To answer this question, we turned to a mechanic with experience and expertise. Jeffrey De Leon is the operations manager and owner of Forced Speed Motorsports. His workshop sees all kinds of cars, from everyday commuters to race cars that line the grid at the Toyota Vios Cup.

Engine oil is ‘the life of the car’

When it comes to changing your oil, De Leon’s advice is simple: “You should be as meticulous about changing your engine oil as you are about how your car looks, because it’s the life of the car.”

He explains: “If you don’t [change your engine oil], the oil gets burned and nagiging sludge siya. The sludge becomes a solid material that will clog the oil passages. If the engine is not running, the oil is stored in the oil pan. In the middle of the oil pan is a strainer. Once you start the engine, the oil pump sucks oil from the pan. If you don’t change oil frequently, the sludge will get into the strainer. Once that’s blocked, oil won’t be supplied 100% to where it needs to go.”

ALSO READ:
The MMDA is studying two new number coding schemes that will ban cars twice a week
Here are the corresponding fines, penalties of all licensing, traffic violations in PH
9 Fuel-saving tips for motorists amid rising pump prices

Your car running without enough engine oil means metal parts rubbing against one another. Naturally, that is is very bad for your engine. “[A lack of engine oil] creates metal damage. Ang iniiwasan lagi sa engine is friction. So the less friction, the smoother your engine runs. Plus more power gains and so on. Mas long lasting because everything is metal,” De Leon says.

He adds: “Once the damage has been done, nandoon na yan. It’s not like an illness where you get better. Once the damage is there [in your engine], it stays there forever.”

Yikes. Okay, so now you know why it’s important to change your car’s engine oil. Question now is, how often? In De Leon’s experience, customers sometimes base their oil change schedules on misleading information.

“A misconception of car owners is changing their oil based on the kilometer reading. The problem is, let’s say you travel 10km one-way in Metro Manila. In one day, that’s 20km. But your car might be running around two hours one way because of traffic. So, you might think that’s only 20km that your oil will have worked, but that’s not true. Once you start the engine, nagtatrabaho na siya,” he explains.

Instead, De Leon recommends changing your oil at intervals of no longer than 5,000 kilometers: “That’s regardless if [your engine oil] is fully-synthetic, or mineral-based, or the expensive kind that claims it can last for 15,000km to 20,000km. With our traffic situation, it’s not applicable.”

If you use your car for high-revving track runs, you might want to change your oil even sooner: “[A Vios Cup car] is a production car, meaning walang modifications inside the engine,” he says. “If there’s a whole-day practice session, after that we change the oil. The conditions on a racetrack are different. A race car engine is always at high rpms and the cars turn rapidly, so sometimes the engine oil might just be on one side.”

There are some helpful checks you can do in between oil changes as well. De Leon advises: “If kaya, check your oil and water levels every day before you start your car. If you check your dipstick every day or twice a week, you’ll notice if malapot na ang oil. That means it’s time for an oil change. Another technique is if you lift your dipstick and it doesn’t drip, that means your engine oil is already overworked.” 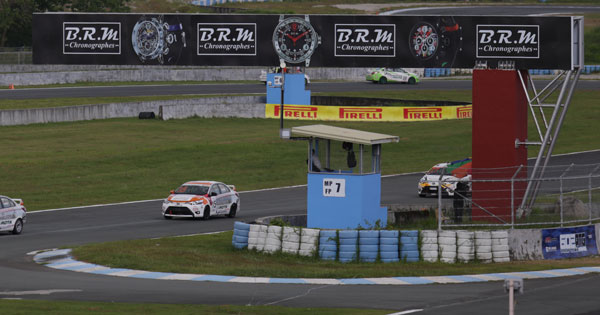 Meet the official timekeeper of Clark International Speedway
View other articles about:
Recommended Videos
Read the Story →
This article originally appeared on Topgear.com. Minor edits have been made by the TopGear.com.ph editors.
Share:
Retake this Poll
Quiz Results
Share:
Take this Quiz Again
TGP Rating:
/20