Can you buy a Peugeot car now and then drive home the unit? 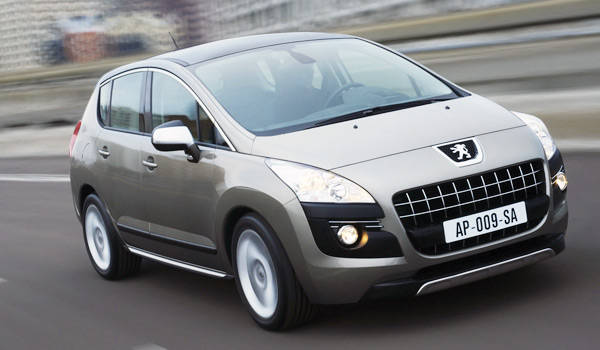 Eurobrands Distributor Inc. has officially launched the Peugeot brand, showing off the French carmaker's offerings for the Philippine market at the recent Auto Focus Motorshow & Auto Expo. On display at the outdoor motor show were the 3008 compact crossover, the 5008 multipurpose vehicle, the 508 midsize sedan and the RCZ sports coupe. These are the four Peugeot models that will be sold in our market.

EDI has also revealed the official pricing for these cars. This obviously sends the message that interested buyers can now start purchasing these cars. Except for one puzzling question: Where exactly do they go to buy a Peugeot vehicle? The truth is that EDI still doesn't have an official home and there is not a single Peugeot showroom that's already open right now. Some industry observers now wonder why EDI has launched the brand this early when it hasn't even built a showroom yet.

We asked EDI marketing and communications director Dong Magsajo if customers can indeed buy their vehicles now--and how.

"Yes, they can buy our cars now, especially the 3008 as we have available units already," Magsajo told us. "The units will be delivered to them from our warehouse in Bicutan."

So, the way we understand it is that if you're interested in a Peugeot car right now, there's no physical showroom you can visit to give your preferred model a close inspection. We do know that you can go to EDI's temporary home at Kia Metro East on Sumulong Highway at the border of Cainta and Marikina, if you want to actually see units of the aforementioned Peugeot models. EDI and Kia's local distributor, Columbian Autocar Corporation, are sister companies both owned by Jose "Pepito" Alvarez.

But how soon will Peugeot get its own showrooms?

"We expect to open two showrooms in December," Magsajo shared. "One in Las Piñas and another in Cebu."

So there. Do you think it makes good business sense to start hyping up and selling cars without an actual showroom yet? Hit the comments box.