We witness its launch in Japan
by Dinzo Tabamo | Nov 6, 2015
CAR BRANDS IN THIS ARTICLE 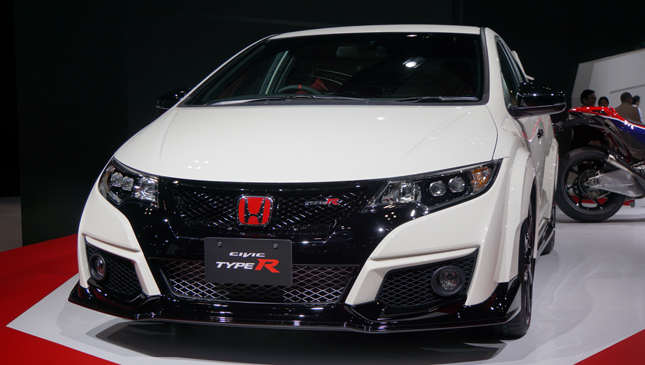 In the pantheon of Japanese performance cars, there is a special place reserved for the Honda Civic Type R. Its first version came out in 1997 with the revered Civic EK chassis, and from then on gearheads have coveted it with a passion normally reserved for Japanese, erm, actresses.

Look at any local motor show or Honda car club for the past decade, and you will see the Type R’s influence in every red 'H' badge or every shift boot with red stitching. And for those with hefty aftermarket budgets, there is no greater pride than swapping a regular Civic’s engine for the Type R’s powerplant and its telltale red valve covers.

So yes, the Civic Type R is nothing short of legendary. And at the 44th Tokyo Motor Show, we were able to see it firsthand. This was the all-new Civic Type R’s launch in its home market, and beginning this weekend, it will be available at Honda dealers across Japan.

When you view it in the metal, the hot hatchback’s sheer charisma is hard to ignore. You will only see three colors on its body: white, black and touches of red. This basic color scheme may seem overly simple, especially compared to the attention-grabbing displays around it, but the simplicity and purity of the look draws attention to it even more.

Once you start looking closer, there are gorgeous details: black wheels with contrasting red Brembo calipers, quad tailpipes, glossy black panels and bodykit (with a person standing by perpetually wiping them), and those iconic 'H' and 'R' badges.

The Type R’s allure is even more odd when you take a step back and soak it in. When looked at dispassionately, it’s kind of a mess. It’s like Honda took the front end of an FD-chassis Type R, a rear end reminiscent of the Euro FN-chassis Type R, and then mashed them together. And all around the car are bits and pieces sticking out: a tall wavy wing, vents slapped on above the front wheel well, and taillights that jut out from the body. From a certain perspective, the Civic Type R definitely looks odd.

But therein also lies its beauty. The Civic Type R has a stance that says it doesn’t care what you think. It was designed to be the most badass Civic in stock existence, and nothing can stop it. It makes no apologies for its snarling face, its large wing and its asymmetrical body lines.

Its powertrain and measured performance numbers vindicate its look. Under the hood is a 2.0-liter turbocharged engine that packs 306hp and 400Nm. Combined with a new adaptive damper system, six-speed manual transmission and 19-inch wheels, the Civic Type R posted a time of seven minutes and 50.63 seconds around the Nurburgring. This makes the new Type R the fastest front-engined, front-wheel-drive production car to lap this famous track.

Naturally, the Civic Type R’s suspension, brakes, tires and steering systems have been designed for it to meet its performance objectives. Its four-point adaptive damper system maintains real-time control of each wheel. Based on driver input and car status, the dampers distribute weight evenly to all wheels and keep the car stable.

What we’re excited about is the R+ setting. Once activated, it will alter the engine parameters, adaptive damper system and traction control to give "outstanding acceleration and roadholding." We’d certainly like to try that out. (Take note, Honda.)

As usual, the cherry on top is the racy cockpit. In this regard, the Civic Type R doesn’t disappoint. Get ready for tuners to copy the black upholstery with red accents, the Type R leather steering wheel and the thickly bolstered red Type R seats. The multi-information display reflects all the mechanical intricacies of this Honda: fuel gauge, water and oil temperature, oil and boost pressure, G meter, brake pressure, and even lap times.

In Japan, all this goodness comes in at 4,280,000 yen (P1.65 million). If we fantasize and imagine that price point for a Civic Type R being sold here, that will change the game entirely for the segment. Those who grew up driving Civics in college and are now upper managers will line up in an instant (not to mention the well-off kids who are still studying).

But that’s a fantasy, one that we can only keep praying will come true. For now, we can revel in the awesomeness that Honda has created.

All hail the Civic Type R. 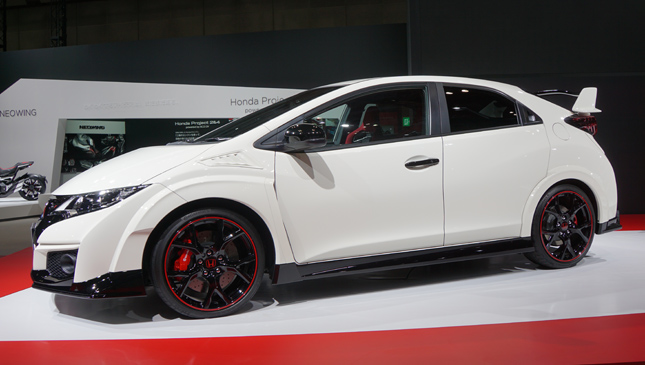 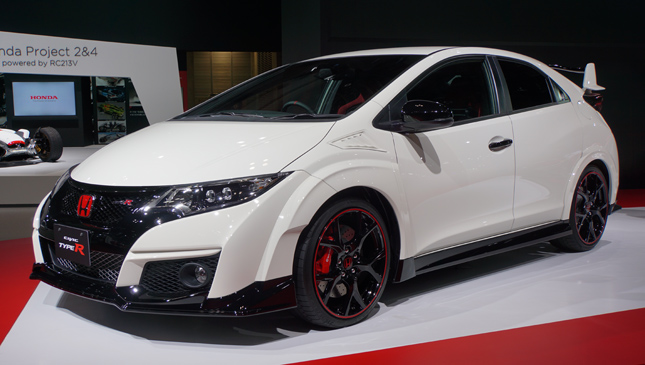 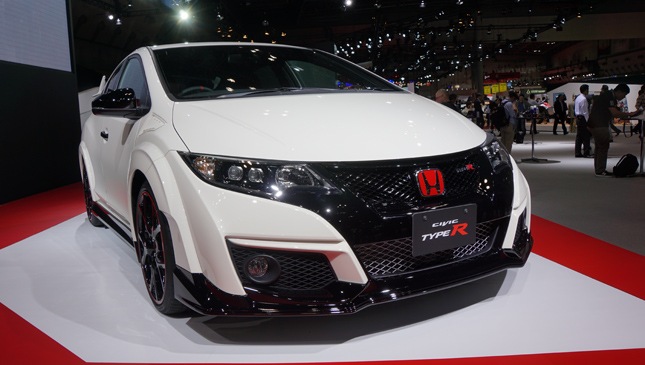 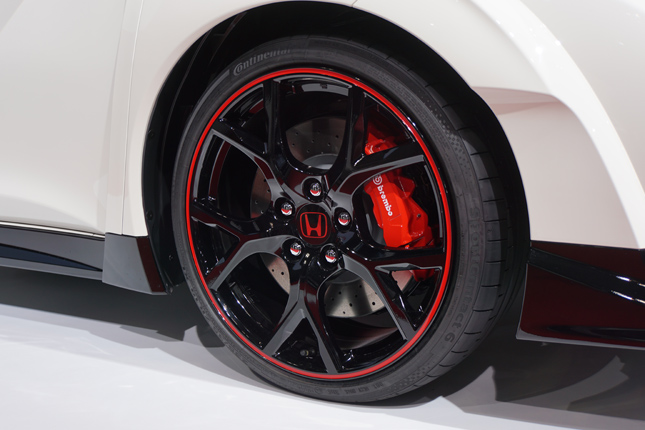 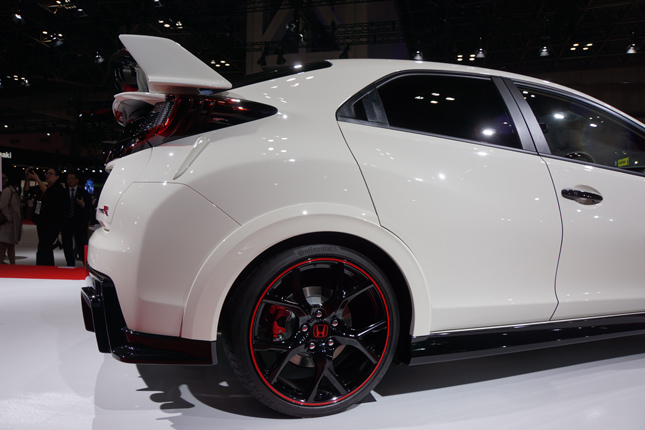 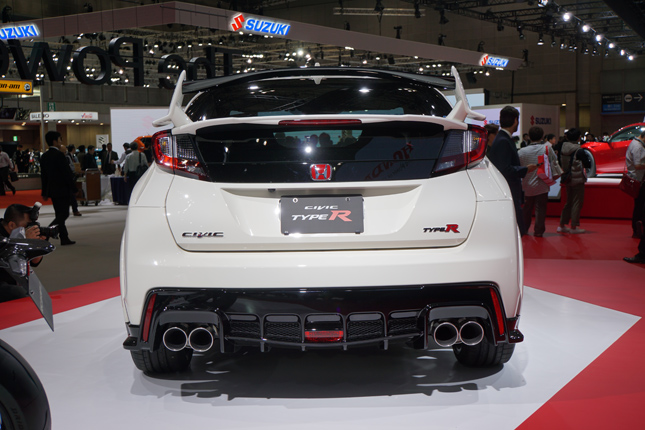 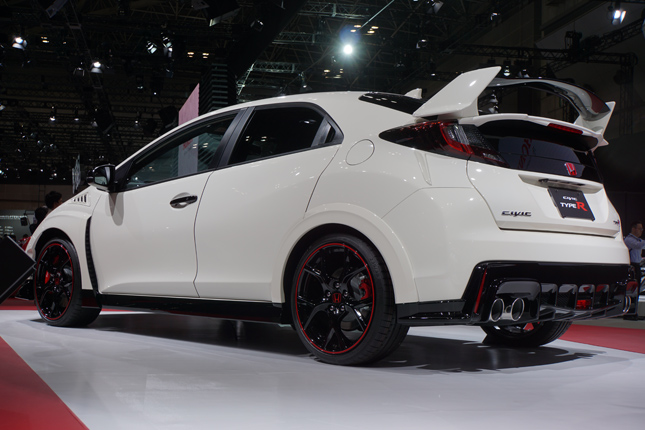 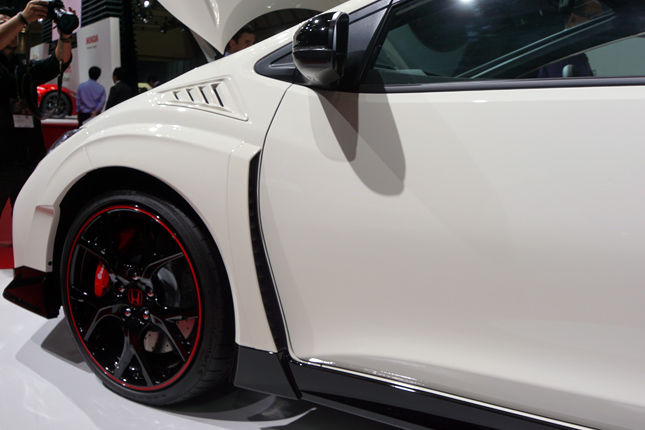 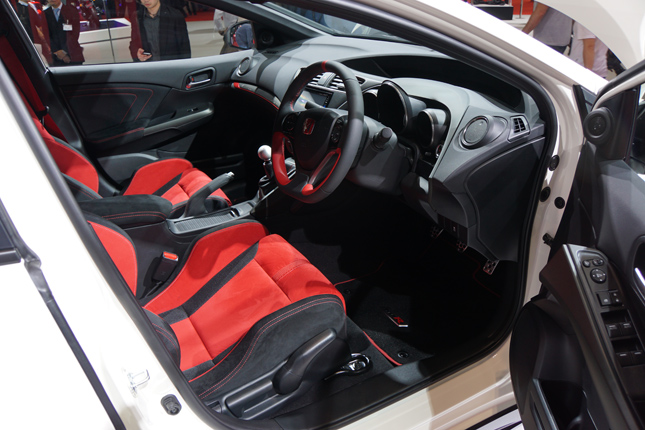 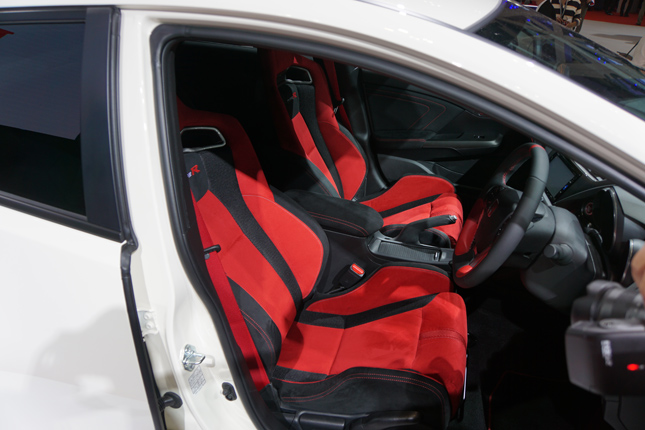 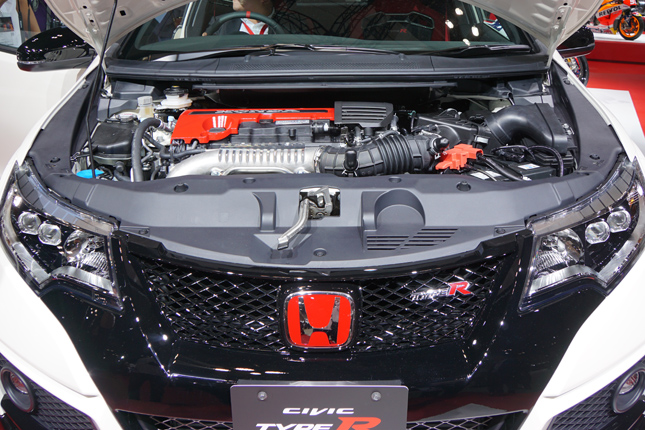 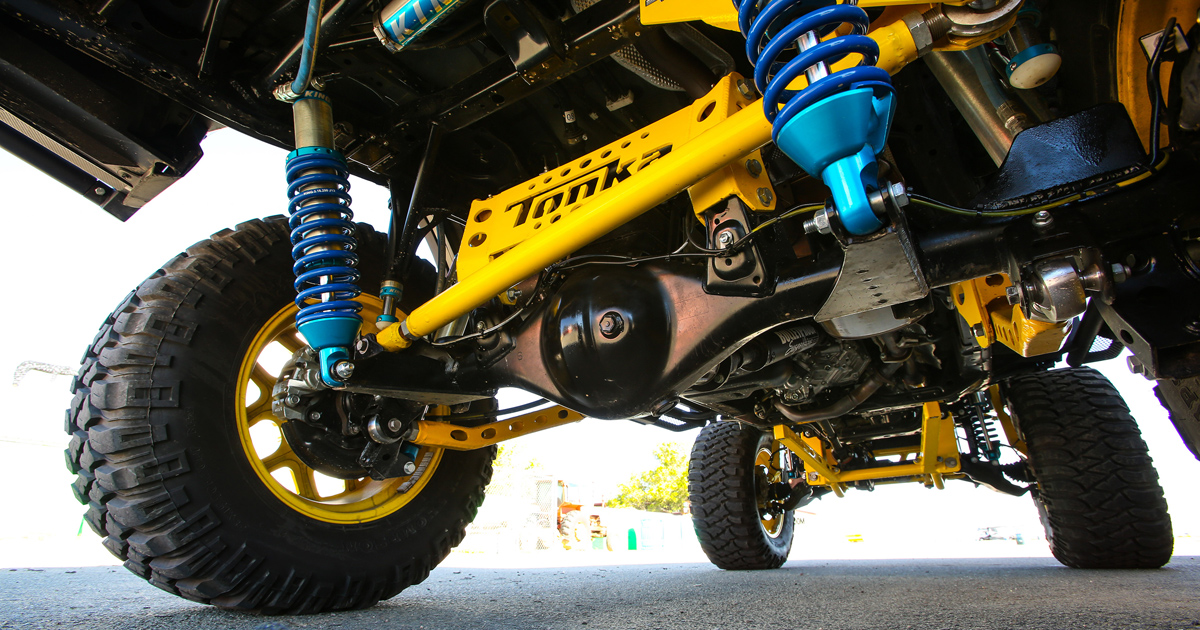 Toyota Tonka 4Runner is sickest truck at SEMA
View other articles about:
Read the Story →
This article originally appeared on Topgear.com. Minor edits have been made by the TopGear.com.ph editors.
Share:
Retake this Poll
Quiz Results
Share:
Take this Quiz Again
TGP Rating:
/20