The all-new Toyota Supra is coming...and it seems its Philippine prices have surfaced online.

An image, supposedly of the highly awaited Japanese performance car’s local prices and available colors, is currently making its rounds in certain Facebook groups and on the social-media platform’s online marketplace. This comes just a little over a week before the vehicle is officially launched in the Philippines. Look: 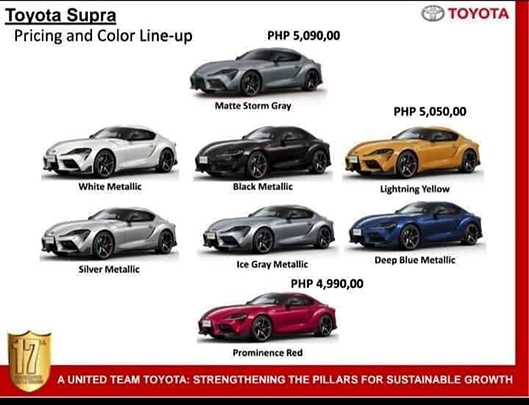 We reached out to an industry source regarding the legitimacy of the photo circulating online, and according to the person, these prices are the real deal. Until Toyota Motor Philippines makes things official on July 9, 2019, however, take anything you see with a grain of salt.

So, how much for the all-new Supra? So far it looks like it’ll depend on the color you want it in. A Supra in Prominence Red carries a P4,990,000 price tag. If you want it in Lightning Yellow, Black Metallic, White Metallic, Silver Metallic, Ice Gray Metallic, or Deep Blue Metallic, the price is P5,050,000. Finally, a Supra in Matte Storm Gray will set you back P5,090,000.

No specs have been confirmed for the Philippine market, though the US gets a 3.0-liter turbocharged in-line-six capable of 335hp and 495Nm of torque. We’ll find out more once the all-new Supra makes its official Philippine debut in July. 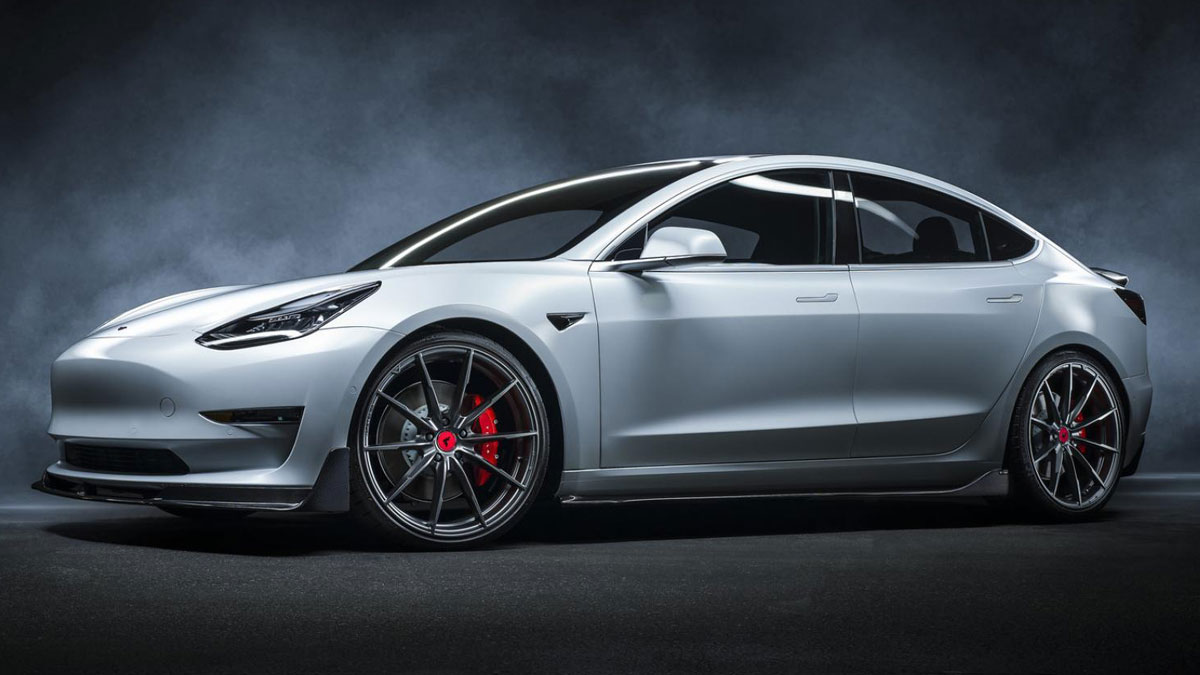 The baby Tesla has been given the Vorsteiner treatment
View other articles about:
Recommended Videos
Read the Story →
This article originally appeared on Topgear.com. Minor edits have been made by the TopGear.com.ph editors.
Share:
Retake this Poll
Quiz Results
Share:
Take this Quiz Again
TGP Rating:
/20