We’ve seen the Citroen Ami as a police car and as a van—now it’s time to see it as a buggy for adventuring. This, to give it its full name, is the Citroen My Ami Buggy Concept. 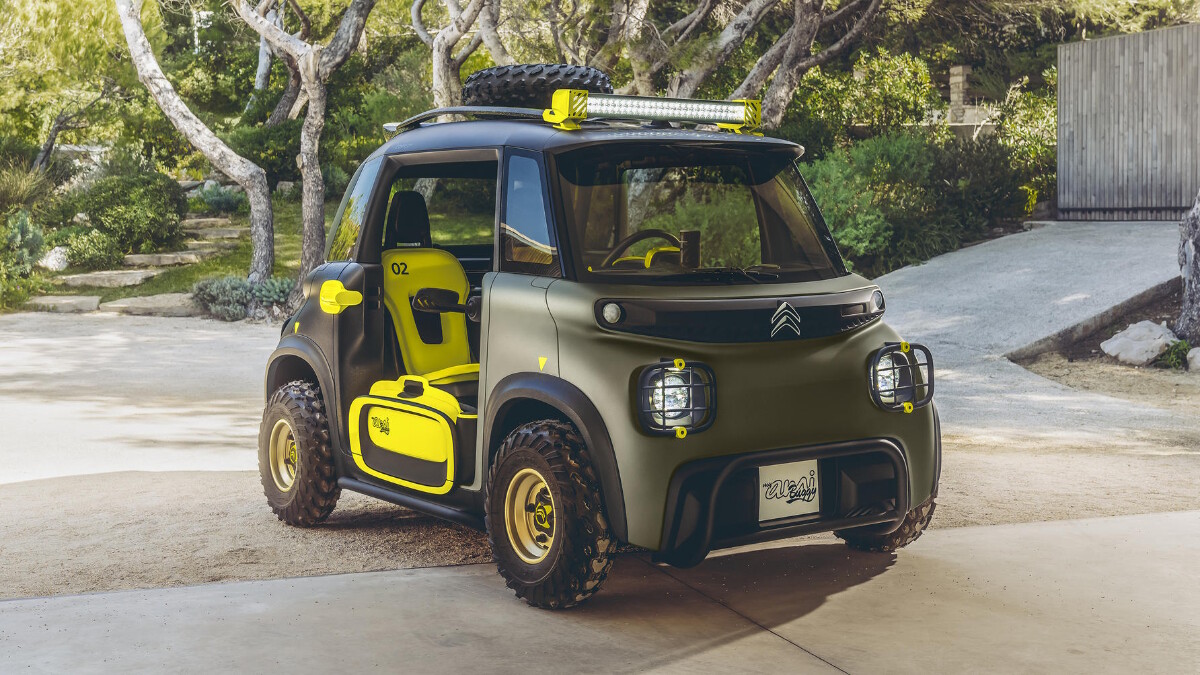 According to Citroen, it features “stylish attributes to assert its intrepid and friendly backpacker personality,” and its makers claim it’s the kind of thing “every child from the age of 14 to 77 would want to add to their Christmas list.” Hmm.

Before you head off to check the definition of the word ‘child,’ some facts: The Ami Buggy has had its doors removed, and instead, there’s a transparent rainproof canvas that can be zipped on to give protection from the elements. There are bull bars front and rear, plus a massive (you know, on the Ami’s scale) LED light bar for excellent nighttime vision. 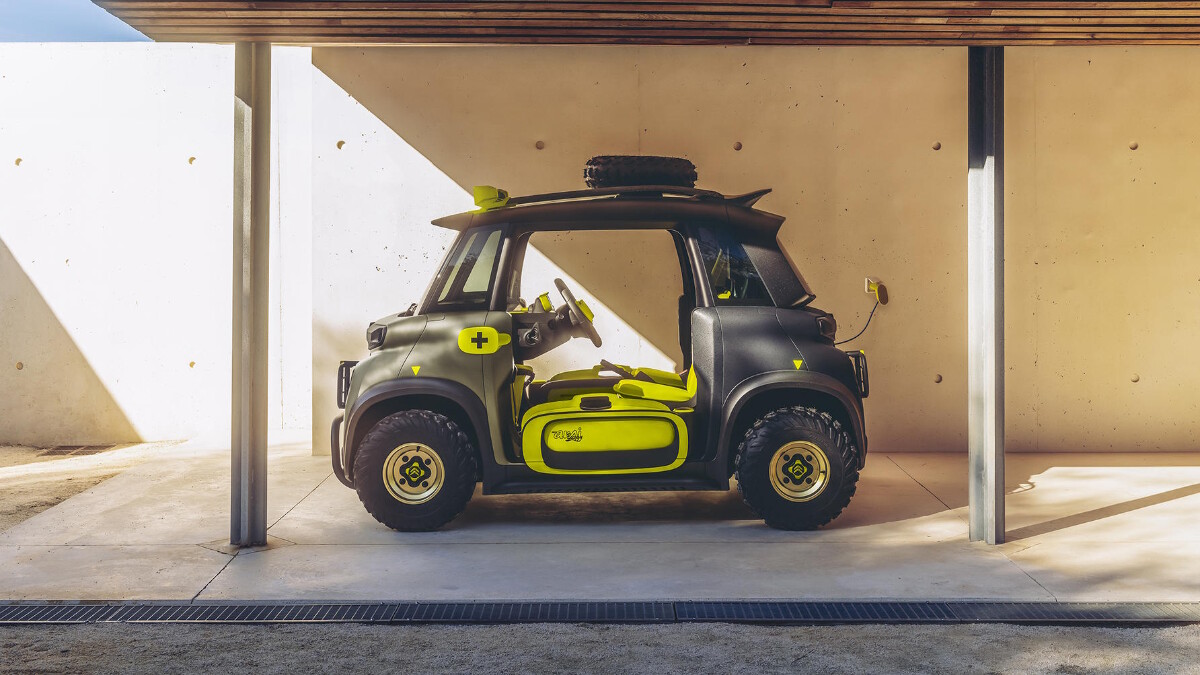 The fender flares have been reworked and there’s tubular protection front, back, and below. The wide ‘mud’ tires (check out those matte-gold rims) offer a bit more stability off the road, and even the headlights get grilles to guard against bumps and scrapes.

Inside, seating and storage have been comprehensively rethought: The foam padding has doubled from 35mm to 70mm in thickness for extra comfort, and there are several 3D-printed accessories—such as a camera mount and bottle holder—that can be remade from scratch if lost or damaged. There’s some custom luggage, too, all of which is designed to slot together in a three-dimensional Tetris sort of way to make the most of the limited space. 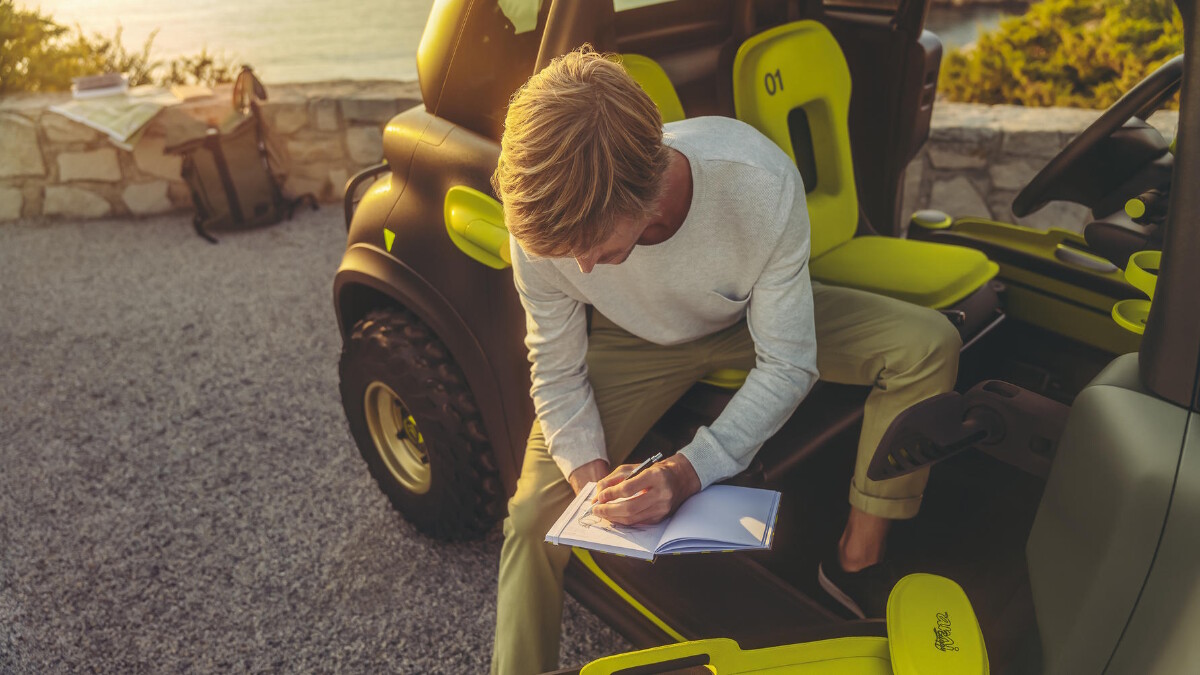 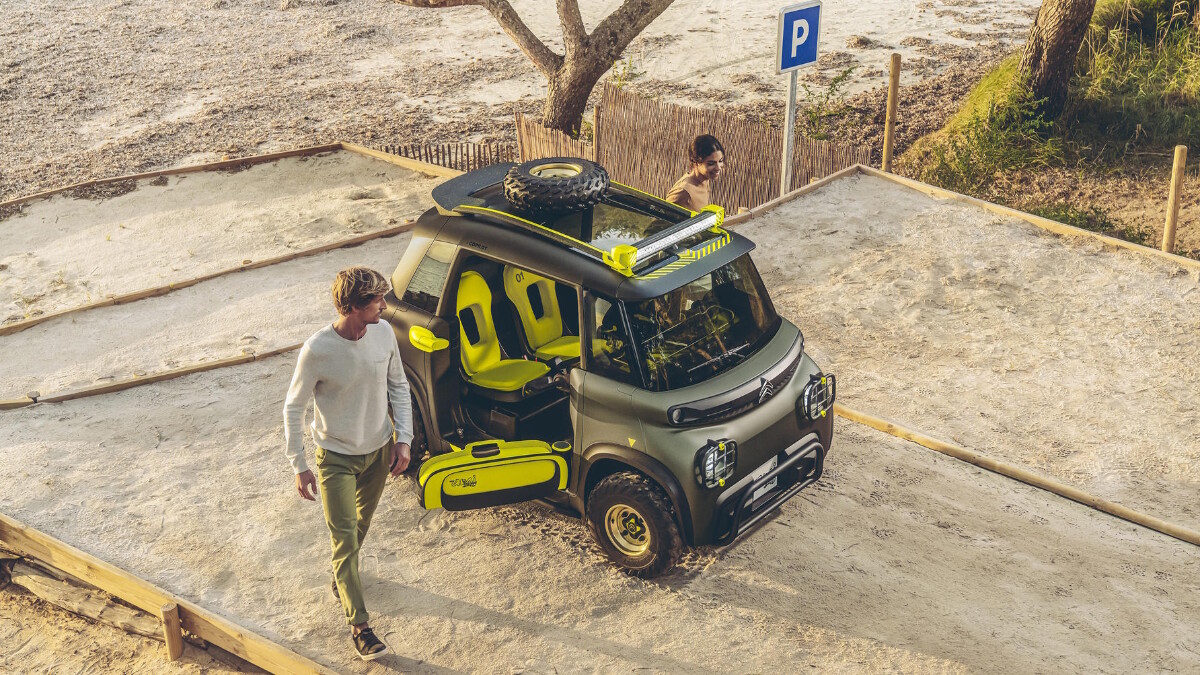 “My Ami Buggy is a proposition in line with the philosophy of Ami, which is not a car,” says the concept’s designer, Samuel Pericles. “My Ami Buggy Concept needed to be functional and simple, in the purest spirit of iconic and contemporary industrial objects.”

There’s no new information on the powertrain, so we’re assuming the Ami’s standard 5.5kWh battery remains untouched. So, you’ll need all of your adventures to happen within 74km of where you live. And that’s assuming the roof-mounted space wheel doesn’t add drag. Which it will. 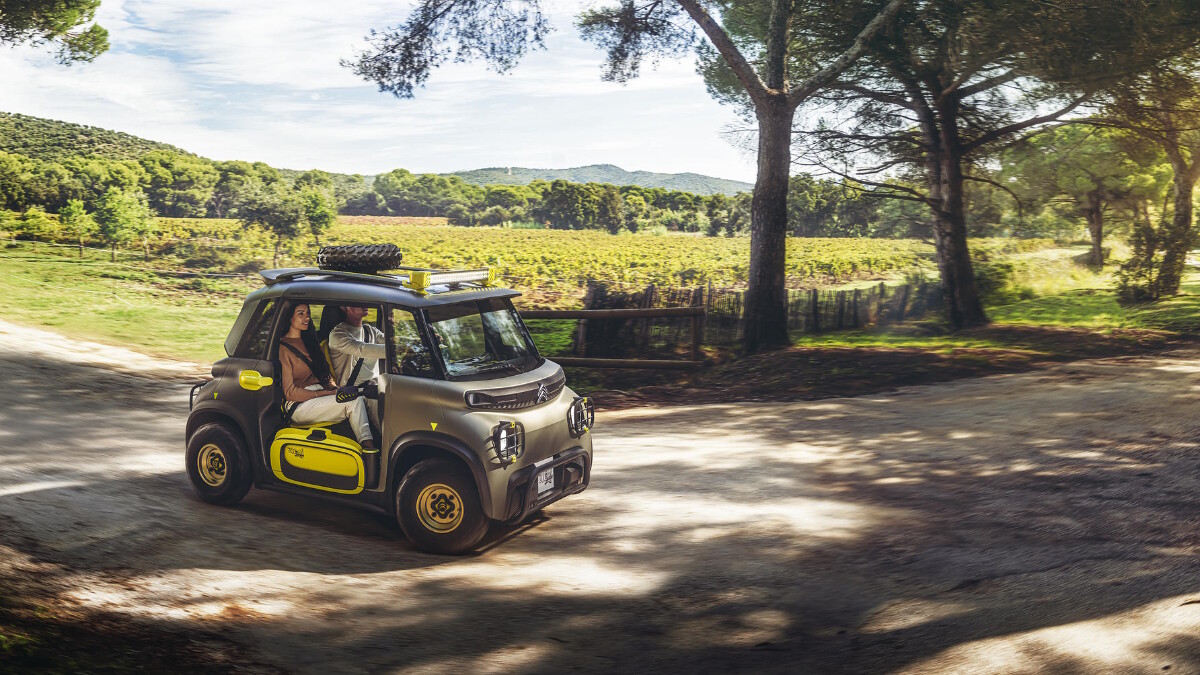 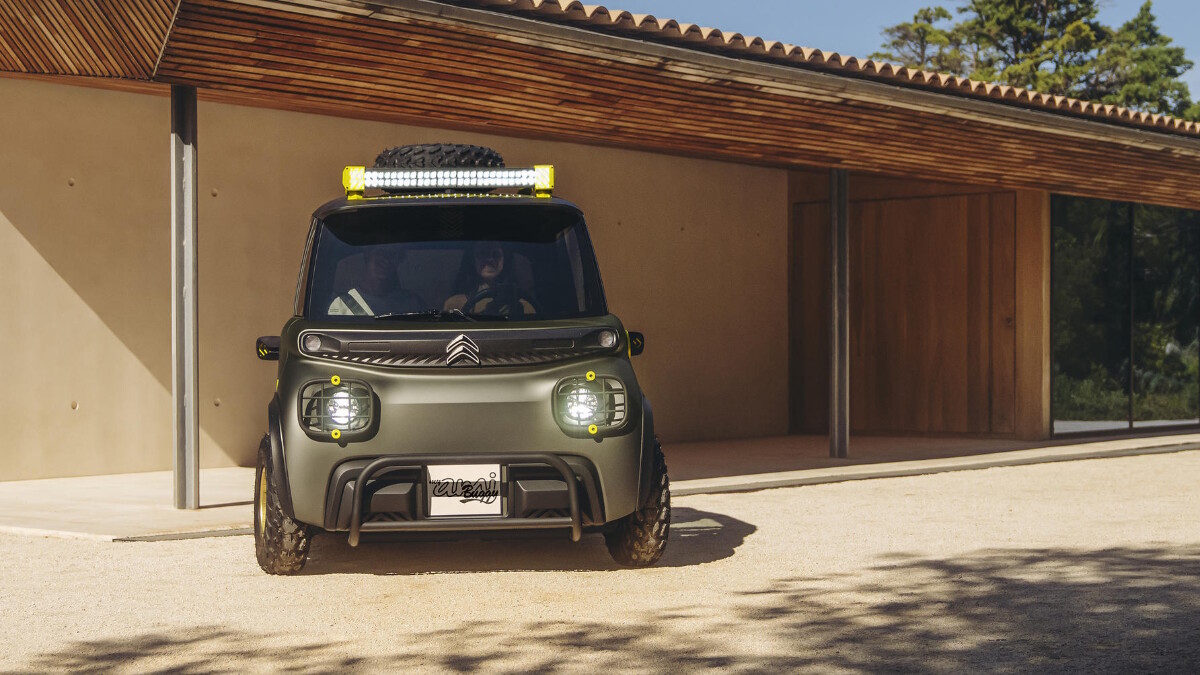 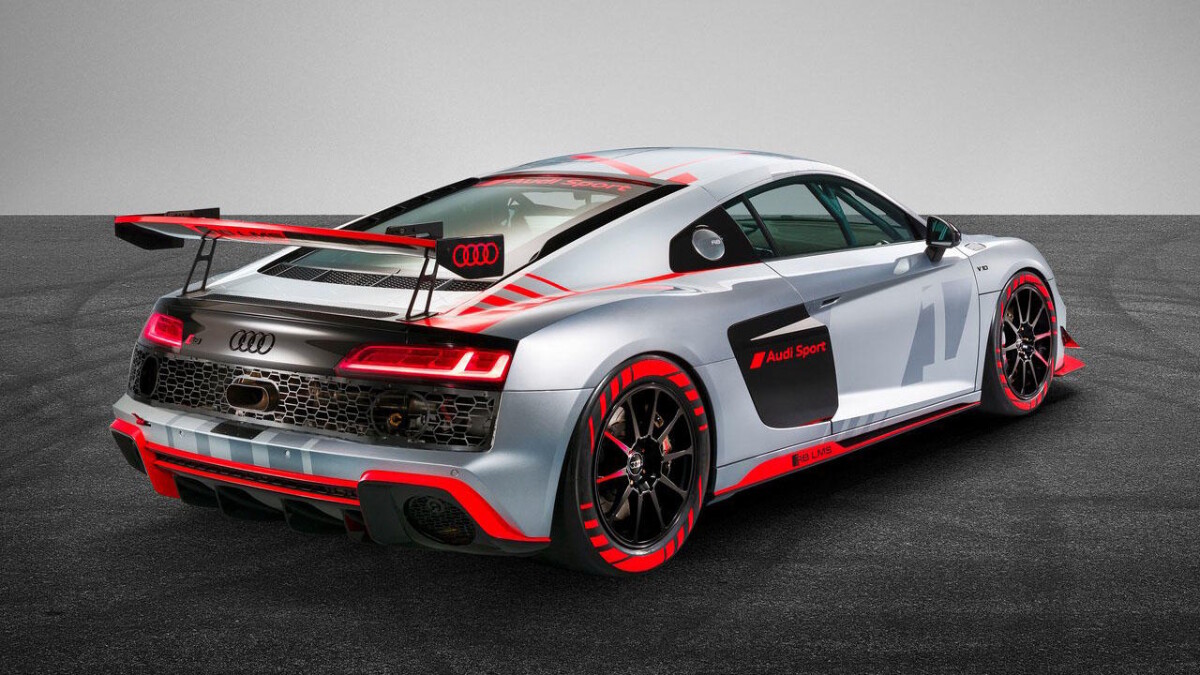 The Audi R8 V10’s final version will be a track-ready Porsche 911 GT3 rival
View other articles about:
Read the Story →
This article originally appeared on Topgear.com. Minor edits have been made by the TopGear.com.ph editors.
Share:
Retake this Poll
Quiz Results
Share:
Take this Quiz Again
TGP Rating:
/20