Shown at the recent PIMS
by Dinzo Tabamo | Sep 26, 2014
CAR MODELS IN THIS ARTICLE 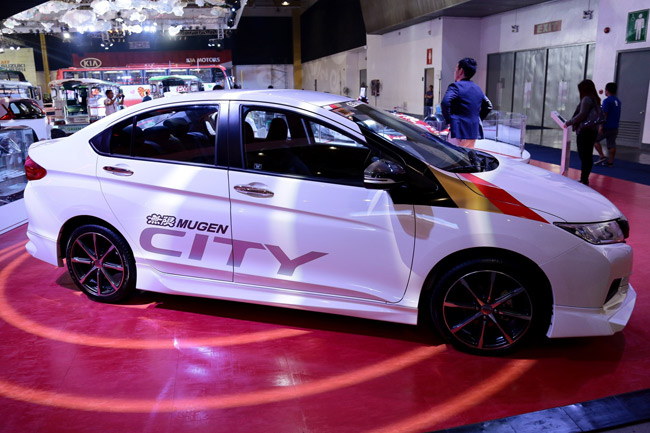 The VX Mugen edition’s factory-installed improvements include a sports grille, front and rear under-spoiler, side under-spoilers, and 17-inch alloy wheels with a nut and lock set. Obviously, these are all genuine Mugen accessories, down to the Mugen emblem on the grille. The decals you see on the photos, however, are not part of the package.

And in what is sure to rile some aftermarket tuning fans, the engine and the suspension are unchanged.

This being the VX variant, it also gets the very useful and high-tech seven-inch touchscreen display, as well as Bluetooth audio streaming and voice control. A hands-free mobile phone system, automatic climate control, HDMI port and three accessory sockets (for car chargers) round out this City’s considerable creature comforts.

For the City VX Mugen’s colors, you can choose from gold brown metallic, taffeta white, crystal black pearl, modern steel metallic and carnelian red pearl. The introductory price is set at P1,030,000 for this new City variant. If you already bought a current City and you want to install the kit, it will cost you P189,000, inclusive of installation fee.

There is a slight difference in warranty though. If you buy the City VX Mugen, it comes with the same three-year warranty that comes with the new car. But if you opted for the Mugen accessory package only, just a year’s warranty is included.

Honda Cars Philippines says this variant is only being made in limited quantities. Better hurry if you’re interested. 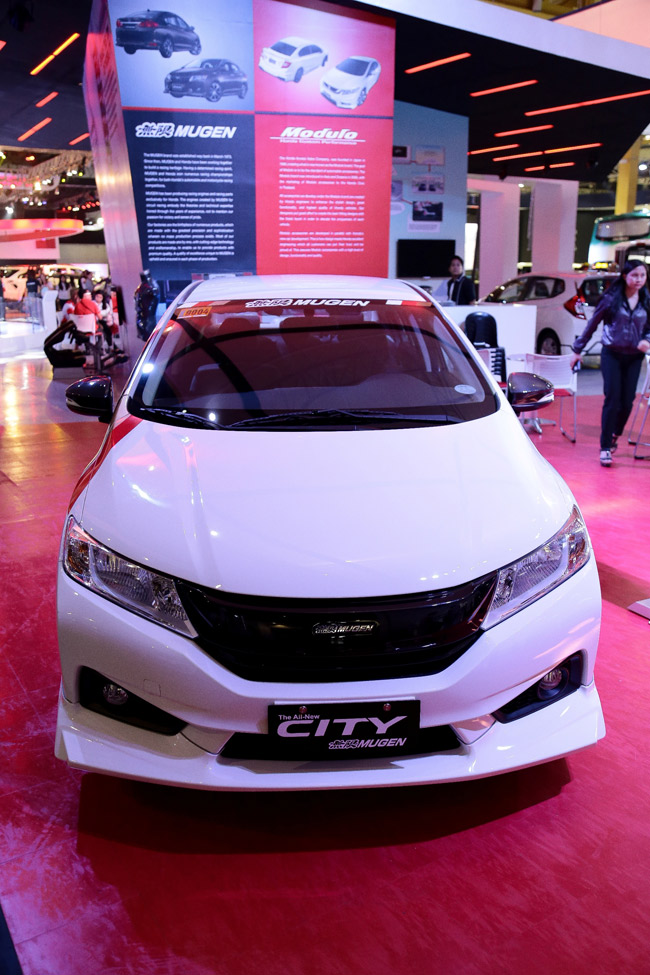 15 images: The women of the 2014 Indonesia International Motor Show
View other articles about:
Read the Story →
This article originally appeared on Topgear.com. Minor edits have been made by the TopGear.com.ph editors.
Share:
Retake this Poll
Quiz Results
Share:
Take this Quiz Again
TGP Rating:
/20