Gordon Murray’s T.50 has ‘the most advanced aero seen on a road car’

This is big. Like, era-defining big. This is the Gordon Murray Automotive T.50, and it may just be the most aerodynamically advanced—not to mention exciting—road car the world has ever seen.

Of course, we knew a bit about the T.50 already. We’d seen the sketches, mocked up our own renders, and spoken to the big man about the most intricate details, but now we have the first official rendering of the rear three-quarter.

It looks absolutely incredible, right? It is, of course, completely dominated by that 400mm fan, which protrudes from the center like some form of sci-fi thruster. Imagine following one of these down a narrow twisty road. Not that you’d be able to tail it for very long—the fan, which Murray briefly introduced into Formula 1 with the Brabham BT46B in 1978, utilizes ground effect aerodynamics by rapidly accelerating the air passing under the car and forcing it through active elements on the rear diffuser. 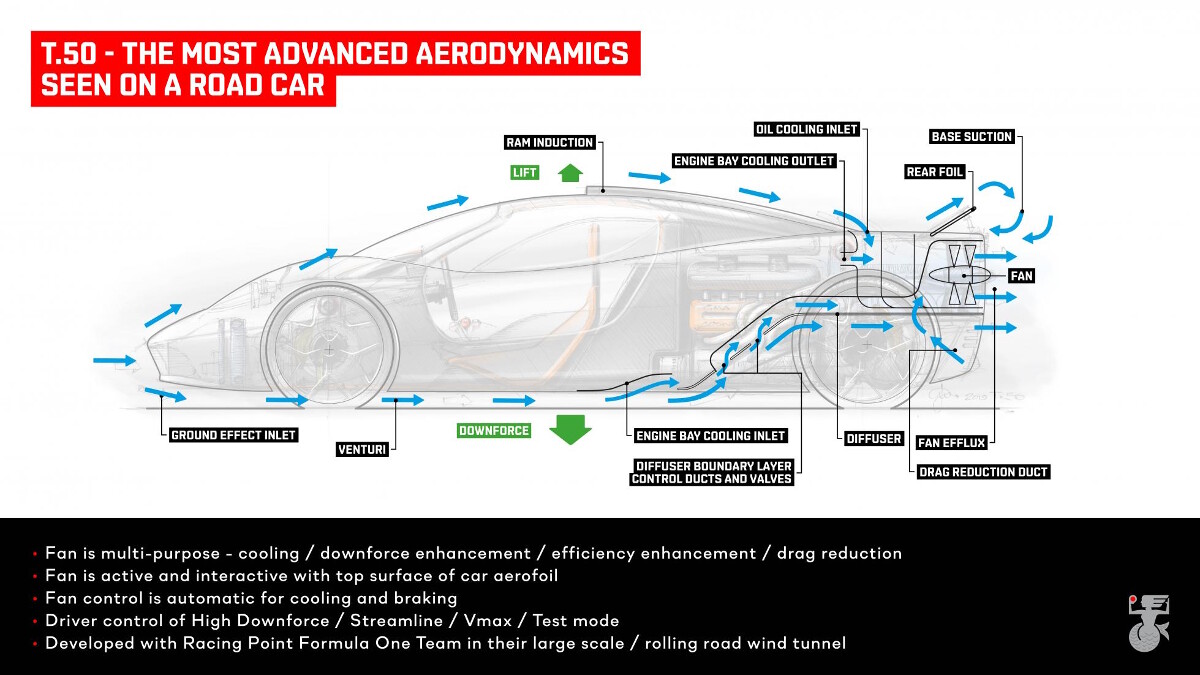 Its design—combined with the underbody ducting—means there’s no need for a skirt like the one on the BT46B, while ‘vertical inlet ducting’ stops any debris from passing through its blades.

The fan itself is also active and works with two movable rear spoiler elements to provide six different aero modes. ‘Auto Mode’ is the T.50’s default—where everything is on and the car’s brain (which is far cleverer than you, sorry) decides what kind of aero trickery is needed at all times, depending on factors such as speed and driver inputs.

Stamp on the brakes and you’ll activate (surprise, surprise) ‘Braking Mode,’ which automatically deploys the spoiler elements as air brakes and doubles the level of downforce being created. All of this is being developed in conjunction with the Racing Point F1 team, too, using its engineers and its wind tunnel for testing.

The next four modes are driver-selectable. If you’re on a racetrack, for example, you might want ‘High Downforce Mode,’ but when you’re cruising home, you can flick a switch for ‘Streamline Mode,’ which reduces drag by 10%, boosts straight-line speed, and saves some fuel. In this setting, the underbody ducts are closed and the fan operates at its highest speed—extending the trailing wake of the car and creating what Murray describes as a ‘virtual longtail.’ Who said aero couldn’t be cool? 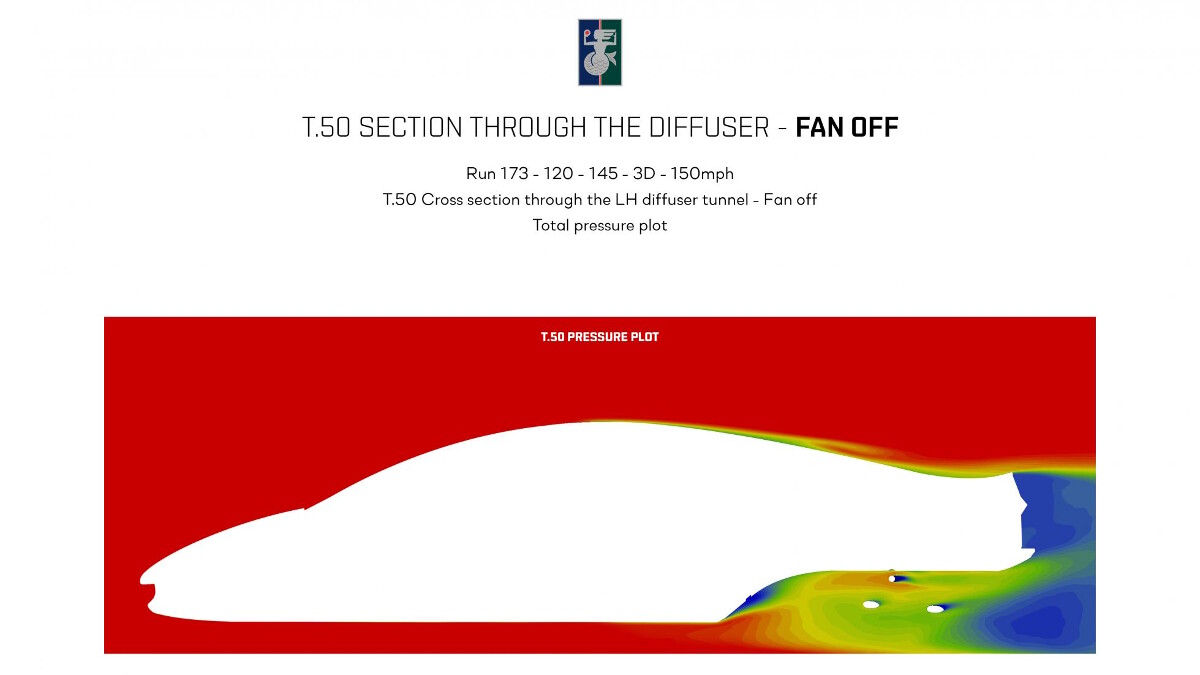 ‘Vmax Mode’ applies the same aero principles, but teams this with an extra boost of around 30hp from the car’s 48V starter-generator. All of this in a car that weighs just 980kg. It’s genuine witchcraft.

Finally, there’s ‘Test Mode,’ which allows all of the aero systems to show themselves off with the car at a standstill. Very cool, but we’ll take a dynamic demonstration, please.

Whereas the aero may be advanced, though, the drivetrain is pleasingly old-school. As you’ll already be aware, the engine is a bespoke 3.9-liter naturally aspirated V12 from Cosworth. It’ll produce 650hp and 450Nm of torque in its ‘standard’ trim, but Murray says that’ll rise to around 700hp in Vmax Mode. It’ll also rev to 12,100rpm, at which point your ears will be able to retire.

The good news keeps coming, too, because the T.50 will be rear-wheel-drive only and feature a six-speed manual gearbox. Be still, beating hearts, and all that.

“I’m doing it just like we did on the McLaren F1,” says Murray. “There’s five close ratios and an overdrive sixth. Put it in sixth and the fuel consumption, the noise—everything—comes way down.” 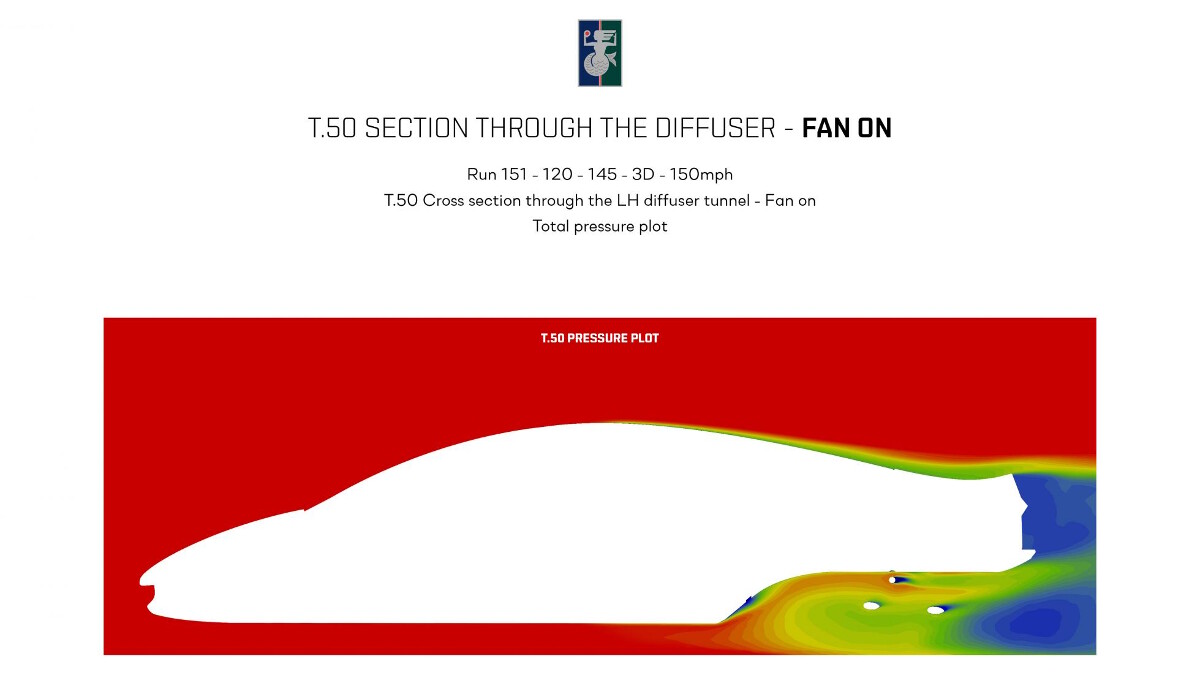 Ah, the F1. It’s a miracle we’ve come this far without mentioning it. Murray himself describes this car as the F1’s successor, and the design similarities are there for all to see. Check out that spine down the center that houses the roof scoop—that’s pure F1. As are those split windows and, of course, the famous three-seat layout.

Even the build numbers ape Murray’s last legendary achievement. Just 100 examples of the T.50 will be made—one less than the final number of F1s—plus 25 track-only versions. Apparently, the majority of the run has already been accounted for, although if you’ve got a spare £2 million (around P133.4 million) hanging around, we’d suggest getting in there before the full unveiling in May 2020.

So, that’s your lot Internet. How do you think the T.50 will stack up against the Aston Martin Valkyries and the Mercedes-AMG Ones of this not-too-distant future world? Whatever happens, at least the noise will most definitely be brought... 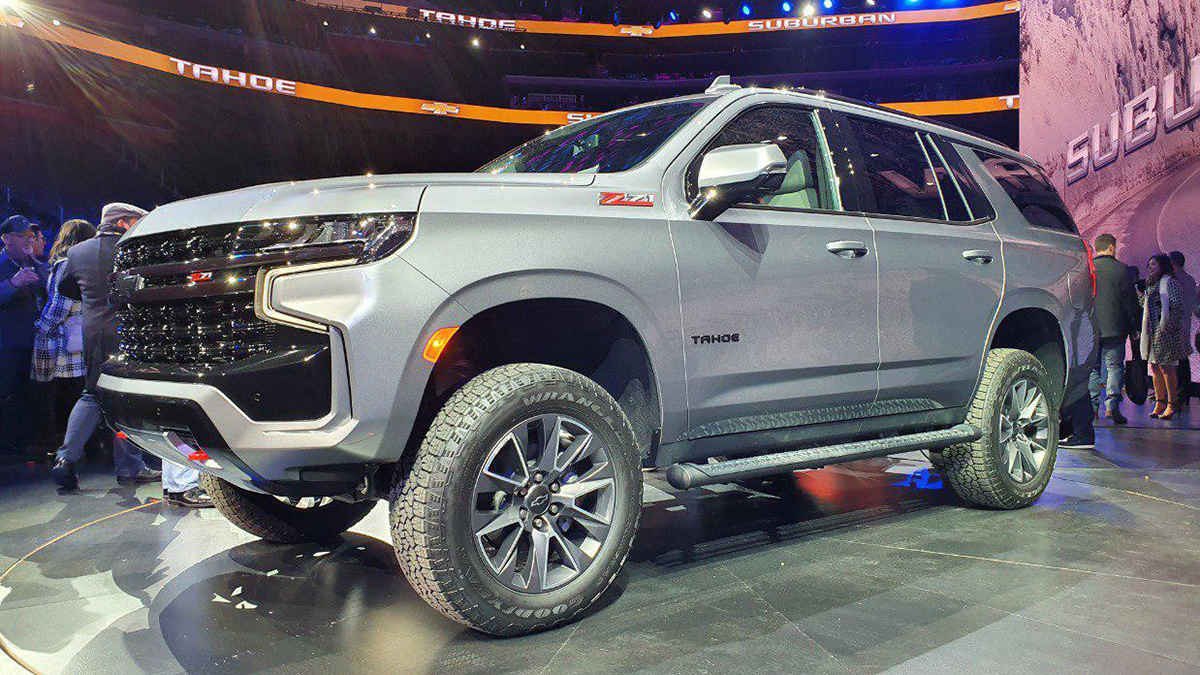 All-new Chevrolet Tahoe, Suburban launched; available in PH in 2020
View other articles about:
Read the Story →
This article originally appeared on Topgear.com. Minor edits have been made by the TopGear.com.ph editors.
Share:
Retake this Poll
Quiz Results
Share:
Take this Quiz Again
TGP Rating:
/20