The truck is also going through thousands of hours’ worth of simulations
by Leandre Grecia | Oct 21, 2021
CAR BRANDS IN THIS ARTICLE

Ford isn’t ready to show us the next-generation Ranger just yet, but it’s more than happy enough to keep sending previews our way every now and then.

We get a little more than just photos this time, though. Ford says that the truck is currently in its testing phase, and has shared a few details of the rigorous terrain that the Ranger is now going through. 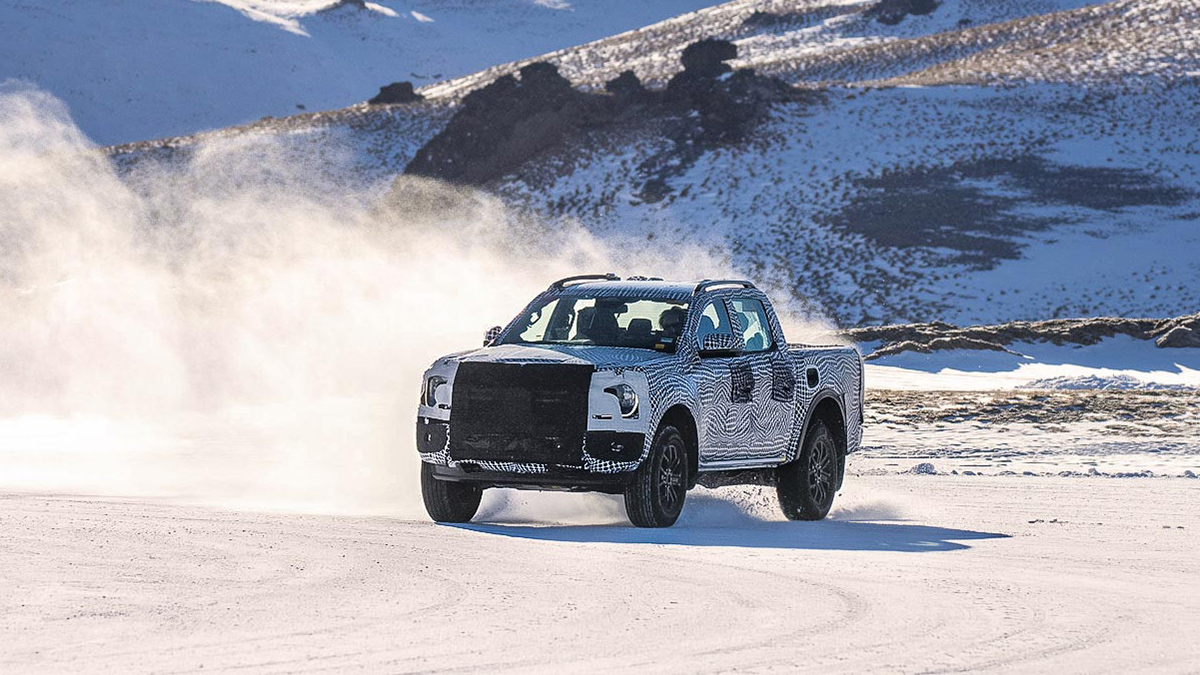 Ford is now putting the all-new truck through its paces across some of the world’s toughest terrain. So far, it has covered 10,000km of desert driving, the equivalent of 1,250,000km of customer driving, and the equivalent of 625,000km of off-road durability testing at maximum load capacity.

“Earning a Built Ford Tough status is not something we take lightly,” said Ford Ranger chief program engineer John Willems. “Every part of the next-generation Ranger was tested to the same standards that we demand of every Ford vehicle.”

In addition to this, Ford’s engineers are also putting the Ranger through thousands of hours’ worth of computer simulations and thousands more of real-world simulations in labs. This enables them to cover aspects such as aerodynamics and the durability of components.

These simulations are also done to run tests that are “deemed too rigorous for humans to endure.” An example of this is the extreme ‘squeak and rattle’ rig where the Ranger is exposed to punishing test cycles that are repeated 24/7. 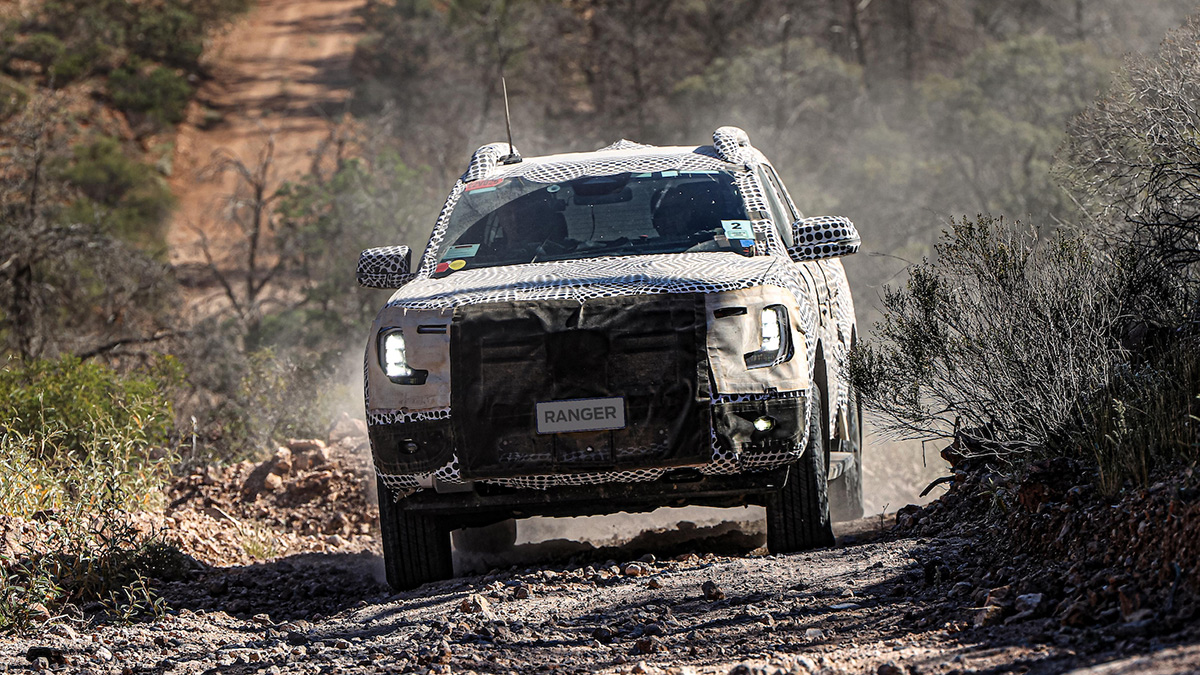 “Our job as engineers is to translate the customer experience insights into a clear product definition brief for the engineering group, which becomes the absolute reference for engineers,” Willems concluded. “This is particularly important for the Ranger, given we are developing it to be sold across the globe.”

We can probably expect big things from this next-gen Ranger, then. Are you guys stoked? 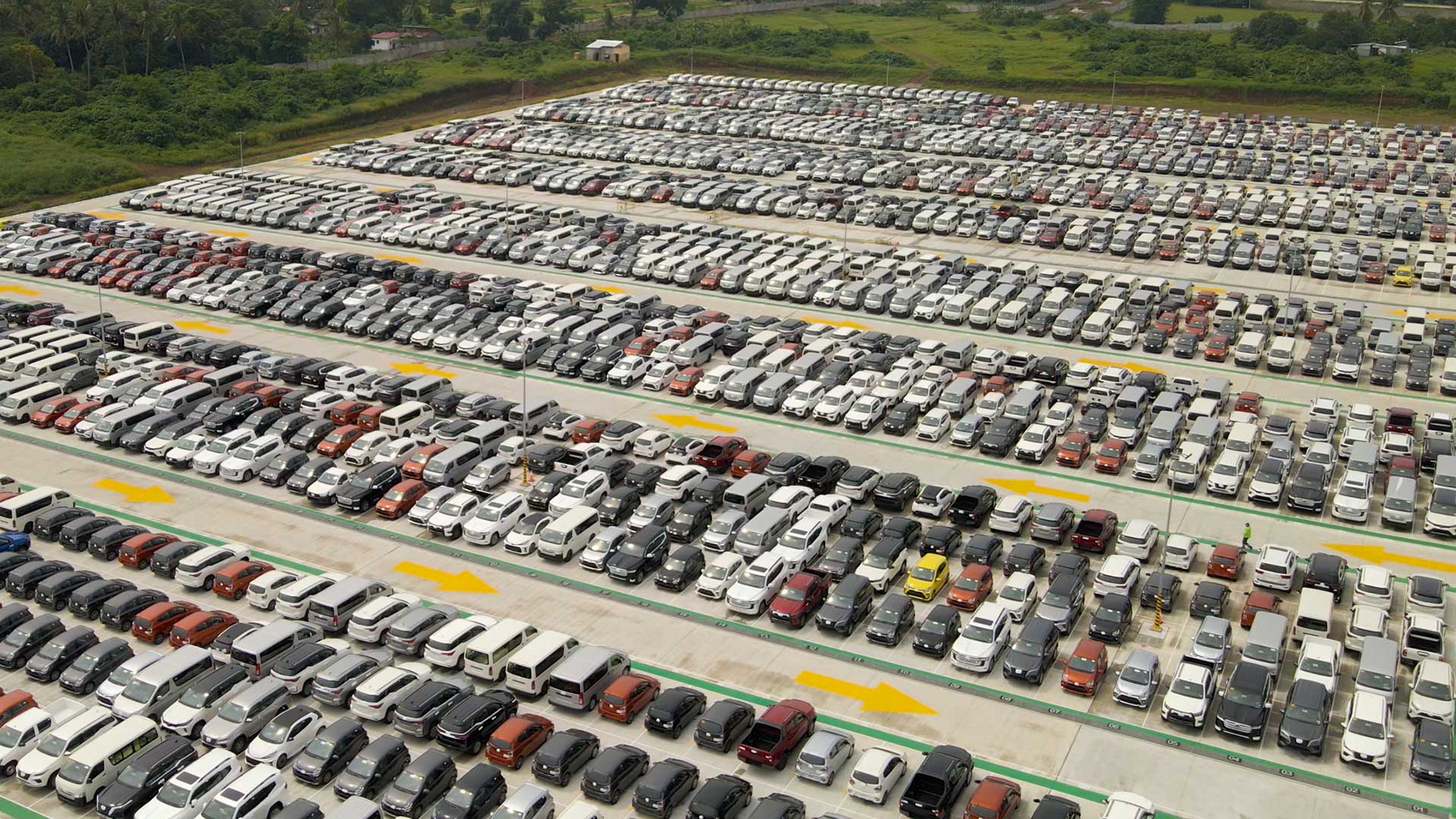 Over 205,000 brand-new vehicles have been sold in PH so far in 2021
View other articles about:
Read the Story →
This article originally appeared on Topgear.com. Minor edits have been made by the TopGear.com.ph editors.
Share:
Retake this Poll
Quiz Results
Share:
Take this Quiz Again
TGP Rating:
/20