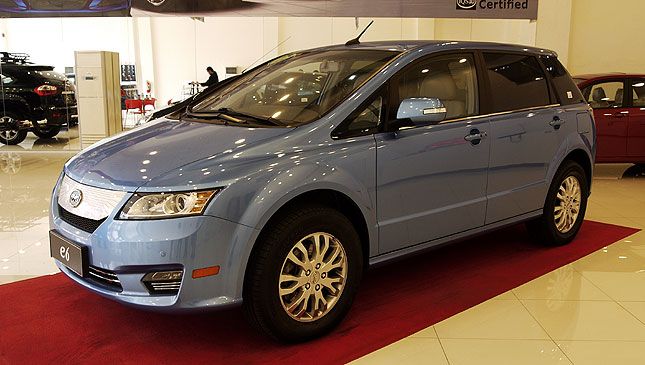 Twenty years ago, BYD was a battery supplier with no automotive ambitions. Today, it sells thousands of e6 units every year in China, while the newer 300hp Qin hybrid is a runaway bestseller, trouncing cheap electric microcars as well as the Tesla Model S.

Sadly, the BYD e6 isn't for sale in the Philippines.

This is because of delays in the implementation of the Alternative Fuel Incentives Act, which would allow the Chinese MPV to come in tax-free at close to P2.65 million. Without tax breaks, it currently costs P5 million to P6 million to import. That's a hefty sum for a five-seater MPV.

But this is a five-seater electric MPV, one with a 90kW (122hp) motor, a 61.4 kW/h battery pack, and a 320km range. A far cry from the 40kph speed and 40km range of your typical electric jeep! The only mass-market EV with better range is the Tesla Model S, which costs some P15 million to import. Yeah, taxes.

Unlike the Tesla, the e6 is rather unassuming. While other green cars look fundamentally different from their gasoline counterparts, the e6 could pass as a Kia Carnival with a funky grille, albeit one with gigantic tires necessary to cope with the weight of the batteries. Most people assume there's a gasoline engine under that hood. Indeed, there's the familiar whir of cooling fans from behind the grille, because fans are necessary to keep all the electronics and batteries cool.

Still, there's a lot to like about the e6. The leather buckets are big and comfortable, though they could use more lumbar support. There's a parking camera that gives you a somewhat grainy view out back; blind spot cameras that flash when other motorists ride your blind spot, which happens always; and an excellent Infinity sound system. Unfortunately, even with Bluetooth, it won't stream Spotify from my phone. The e6 will keep up with highway traffic quite easily, though overtaking at over 120kph is an iffy proposition, and the energy consumption doubles when you're hammering it. Just as with gasoline cars, actually.

Unlike gasoline cars, there's no need to warm up the e6, and no need to stop at smelly gas stations to top off along the way. Of course, I can't top it off at all without the proprietary charger, but I manage to do two days and 186km on 74% of the battery. That equates to 251km on a full charge, in mixed traffic.

But what does it take to get fuel mileage of over 300km? Let's find out. 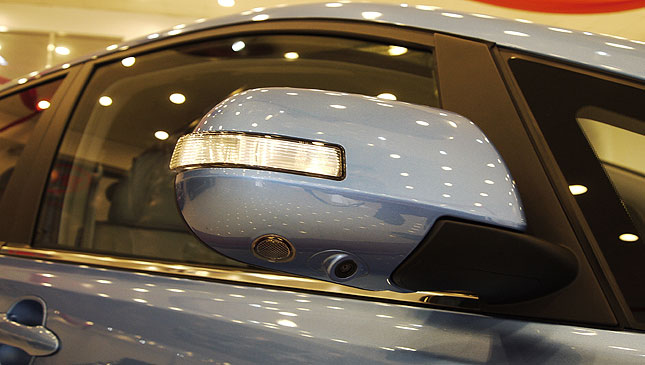 We discuss road-trip plans over a Friday lunch, while BYD's 40kW wall charger tops off the battery pack. The proprietary iron-phosphate battery takes just two hours to charge. Unlike other lithium-ion batteries, the e6's battery presents no explosion risk while charging.

Manila to Tagaytay and back is around 120km, which should give the battery a good workout. Furthermore, BYD Philippines is keen to see how the e6 copes with hilly terrain. Add in some side trips and we hope to hit at least 200km. To record segment-by-segment consumption, we're recording kilometers traveled against range used. This gives a clearer picture than relying on the "average kW/h" display on the dashboard.

A trip through rush-hour EDSA traffic, down the highway and out to the grocery for supplies, gobbles up 52km at an average of 20.8kW/h, leaving us nearly 270km of range. Things are looking good so far. 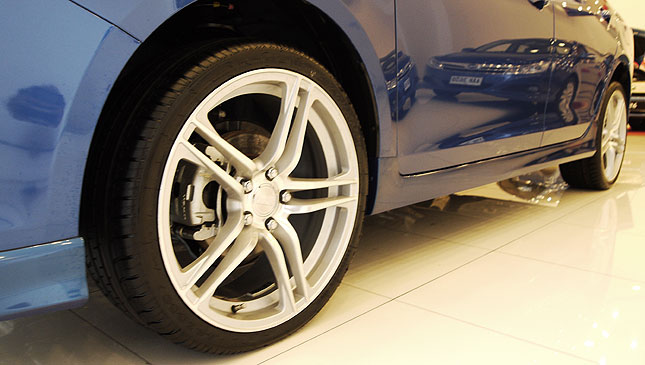 Obviously, things don't go as planned. We leave late on Saturday, and, for whatever reason, I drive through Santa Rosa instead of Greenfield-Eton. We hit heavy traffic long before the foothills of Tagaytay.

Passing the odd truck on the ascent to Tagaytay proves tricky. The e6 may have a diesel-like 450Nm of torque, but with 2.4 tons of car and a full load of passengers, it takes some space to build up momentum for a clean overtake. Consumption uphill is double what it is on flatlands, dropping our average to 25kW/h by the time we reach Tagaytay City.

Avoiding overcrowded chain restaurants and tourist spots like Sky Ranch, we head for Diner's Bulalo, a local favorite off the main strip. Then we hit Ilog Maria Bee Farm, off the Tagaytay-Silang road, for salves, sprays and extra kilometers. The low-slung battery pack, which sometimes scrapes over tall humps, proves no issue on the narrow dirt trail up to the farm. Later on, we take a quick bite at Casetta del Divino Zelo, a small eatery run by Italian sisters. One P100 plate of gnocchi later, we finally set back, having traveled 100km with 64% of the battery remaining. 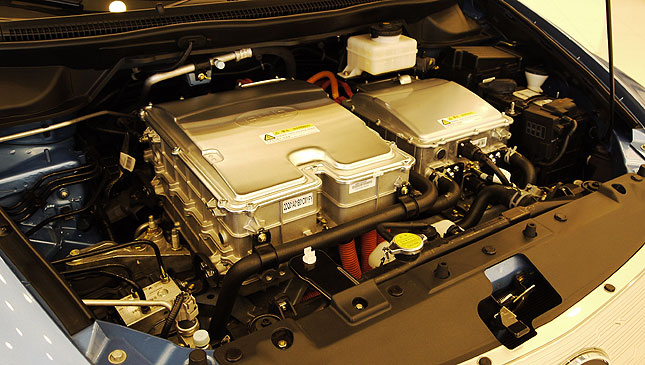 Despite heavy-afternoon traffic, the e6 gains back nearly 1kW of charge via regenerative braking on the way down. The e6 could use a brake/coast toggle as on the Prius, as regen feels jerky at higher speeds, and there are times when preserving momentum is worth more than recovering a few watts of charge.

Our average has improved slightly to 23.1kW/h, encouraging me to waste more battery with an hour-long photoshoot with the A/C on. The instant economy meter fluctuates around 1kW/h while parked this way. This suggests over two days of A/C on a full battery. This brings up the intriguing possibility of renting the e6 out as a cheap Airbnb. All that's missing are curtains and a mattress.

The trip back to Mandaluyong is uneventful. Light highway traffic and cool weather help boost the economy. The e6 does under 18kW/h per 100km if you baby it, and thanks to regenerative braking coming off the Skyway, my average is down to 18.2kW/h per 100km by the time I pull up to the BYD office, despite being stuck for an hour in Guadalupe traffic. I've driven 190km, with 123km of range remaining. 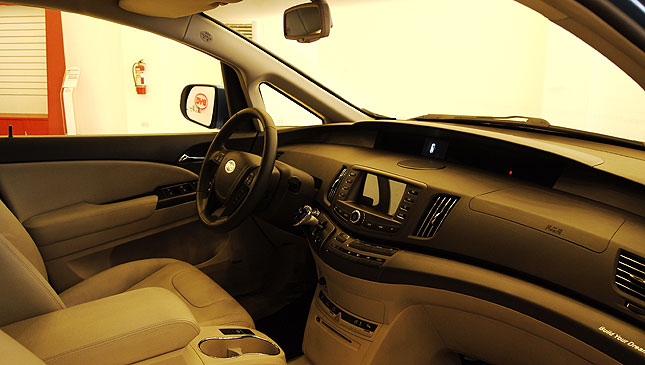 That's incredible for a car this size. But even with tax breaks, it would take you some 400,000km to break even versus a gasoline MPV in city driving. At that point, the battery would be nearing the end of its 2,000-recharge guarantee.

At 400,000km, however, Manila-driven gasoline cars will have had many major parts replaced or overhauled. New-technology diesels, on the other hand, will likely be on their second or third set of fuel injectors--and those cost about P20,000 to P40,000 each. With an EV, your only regular expenses are tires and brake pads.

Still, unless you're a high-class taxi operator or a hotel, EVs like the e6 don't particularly make sense. But perhaps they shouldn't have to. There's a special feeling you get when driving electric. It's like the first time you use an induction stove top or a motion-controlled TV. It's the feeling of finally stepping into the 21st century.

I wouldn't hold my breath waiting for official sales to begin. If by some miracle it finally happens, maybe we can finally get this party started. 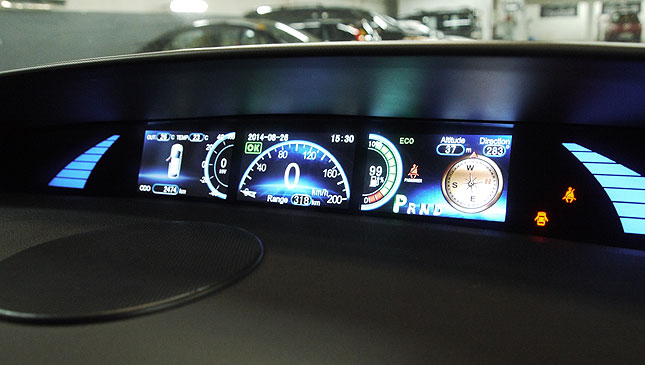 Get a McDonald's drive-thru VIP sticker: Here's the lucky hour for August 29
View other articles about:
Read the Story →
This article originally appeared on Topgear.com. Minor edits have been made by the TopGear.com.ph editors.
Share:
Retake this Poll
Quiz Results
Share:
Take this Quiz Again
TGP Rating:
/20