Despite the EV trend, Aston Martin still believes in the V12

Here’s a reason to be cheerful. Aston Martin plans to keep a big, fat V12 at the heart of its range for as long as it feasibly can.

“It gets harder and harder to meet emissions, obviously,” he conceded. “But I think we have the capability to keep V12 engines going within the business. We’ve just got to be very aware of the compliance and the emissions rules that will come out in the future.

“Part of the trick of being an engineer is understanding the potential legislation that will come your way.”

He spoke of Aston’s mechanical engineers being ‘like scientists’. “It’s the science of burning fuel and extracting the particulates from the fuel that we’re not allowed to breathe in.”

The top-spec DB11 features an Aston-designed and developed 5.2-liter twin-turbo V12, while Valkyrie—the apex of the brand from which all Astons draw strength—has one of the wildest naturally aspirated 6.5-liter V12s on planet Earth. The last V12—the 6.0-liter, which used to sit in that old Rapide S—was a monster of a unit too.

So, could a V12 ever figure in a hardcore version of the new mid-engined Vanquish coming our way soon?

“When you see the performance figures of the V6,” Reichman said, “you won’t think it needs a V12.” (That’s also a new, in-house twin-turbo V6 developed with the help of new Aston hires from Ferrari and Maserati, just FYI.)

It might not need a V12, but then nothing needs a V12. Could it get one nonetheless? “Couldn’t possibly say…” he says with a grin. Read into that what you will.

Speaking of that Vanquish, Reichman’s has long dreamed of going toe-to-toe with the world’s best. “I’ve always wanted to do a rear mid-engined car. We did DP-100 for Gran Turismo, hoping that someone would see it and say, ‘why don’t you do it?’.

“Then the stars aligned when the relationship with Adrian Newey and Christian Horner developed. The reason we started that car (the DP-100) was for Vanquish. You can’t come into shark-infested waters with a car that nobody’s heard of, and doesn’t have a credence or relevance or DNA or a bloodline.

“Everything’s related to Valkyrie,” he added. This applies even to the Rapide E—ditching the V12, fuel tank, torque tube and exhaust meant Aston could spread out the batteries, but also play around with the aero, using lessons from 001 (Valkyrie) and 003 (the mid-engined hypercar that sits above the new Vanquish).

As a first step, the Rapide E kicks out 600hp and 948Nm of torque, that latter figure eclipsing Aston’s other products. And considering Aston is committing to more hybrids and BEVs across the range and through Lagonda, surely a separate, high-performance EV variant could be offered?

“Can’t see why not,” Reichman told us. “We’ve said that in Aston Martin’s future by the mid 2020s, we’ll have a hybrid solution for all our cars. Obviously, this is the first time we’re showing a full EV (Rapide E). It may be that at some point, part of the Aston Martin line-up becomes EV, and the others are hybrid, and maybe you have the tourbillions of the world, which are the naturally aspirated V12s.

“But there’s always the chance of a faster EV. We’re a sports car company. We always want to go fast.” 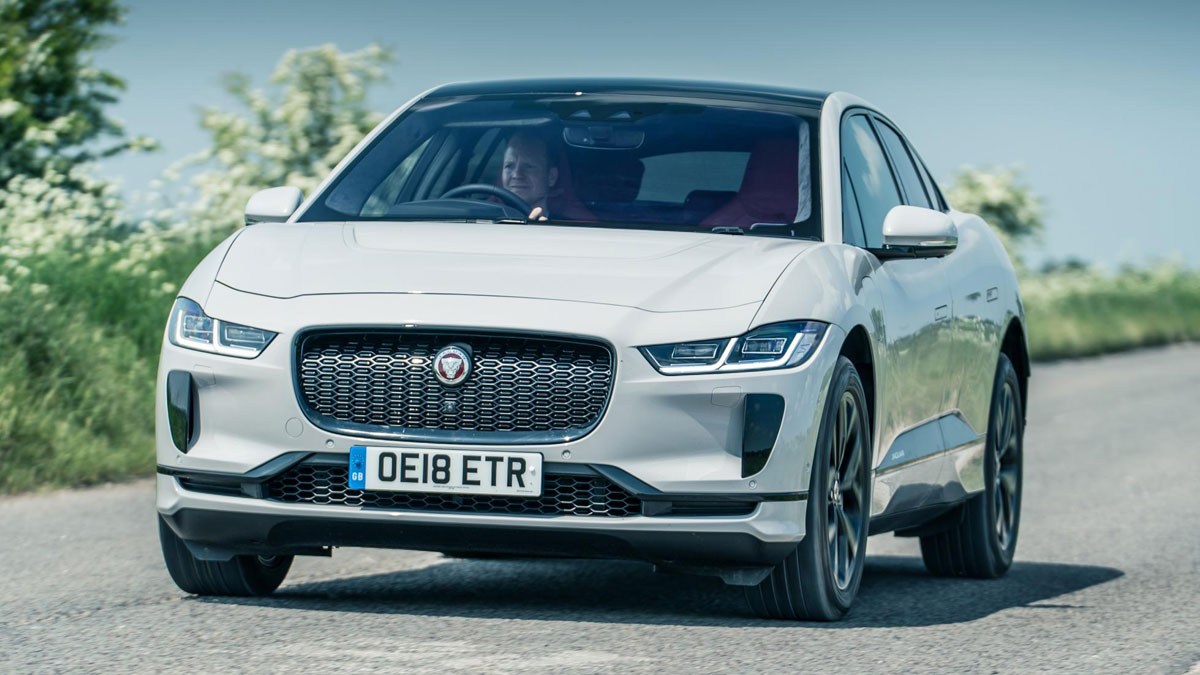 The Jaguar I-Pace EV has won the World Car of the Year award
View other articles about:
Recommended Videos
Read the Story →
This article originally appeared on Topgear.com. Minor edits have been made by the TopGear.com.ph editors.
Share:
Retake this Poll
Quiz Results
Share:
Take this Quiz Again
TGP Rating:
/20