Time to inject dynamism into French brand
by Vernon B. Sarne | Feb 16, 2015
CAR BRANDS IN THIS ARTICLE 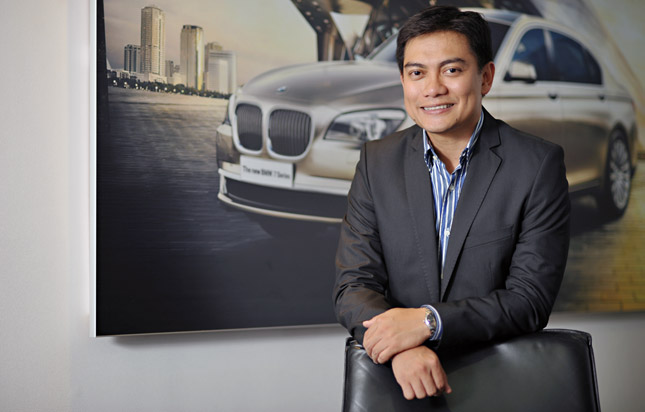 "I have just been told that BMW Philippines sales and marketing executive director Glen Dasig has been appointed president of Eurobrands Distributor Inc."

EDI is the local importer and seller of Peugeot, and is actually a sister company of Asian Carmakers Corporation, the authorized Philippine distributor of BMW. Both EDI and ACC--together with Kia distributor Columbian Autocar Corporation--are owned by businessman and incumbent Palawan Governor Jose "Pepito" Alvarez.

Such rumors are nothing new in the auto industry, particularly where it concerns Peugeot. The French carmaker has been officially present in the country since October 2012, and yet hasn't seemed to make significant headway in growing both its sales and market share. Not a few industry observers are of the opinion that there is a serious disconnect between the brand and its 75-year-old president, Felix J. Mabilog Jr. That's not to say Mabilog is incapable--only that a relatively unpopular European brand like Peugeot needs a more dynamic leader who is familiar with the demands and the nuances of the modern car market.

Turns out the rumor is true this time.

That leader has been found by the Alvarez Group's top honchos in 42-year-old Dasig, a longtime industry executive who left Ford Philippines to join ACC in July 2011. Ford was his first stop in the car industry, hired by the American automaker in 1999 after stints at 3M Philippines and Citibank.

But why leave BMW--the number one premium car brand in our market for the last 12 years--for a struggling French marque? Obviously, there's the higher job post with its attendant monetary perks, but seriously...why?

"There has never been a more exciting time in the automotive industry than today," Dasig told TopGear.com.ph. "We are on the cusp of the widespread motorization of the Philippines. Transportation is the single biggest engine for sustainable growth of the country, and I want to contribute to this growth in my own small way. Leading one of the biggest European automotive brands in the world is a challenge I have gladly accepted. Truly, these are exciting times ahead."

But why Peugeot? What's so exciting about an overpriced, ill-positioned French brand?

"Peugeot has more than 200 years of innovation," Dasig pointed out. "There is so much heritage, history and culture in the brand. I believe that these will definitely appeal to the growing market in the Philippines."

Now comes the tough question: How does the incoming president (effective March 23, by the way) intend to shake things up at Peugeot Philippines (the company's official name, according to Dasig)?

"The initial phase of the plan has been firmly executed at this point, which is to establish a wide network nationwide in such a short time, as well as introduce world-class and exciting products to the market," Dasig explained. "We are now ready to execute our second phase, which is to strengthen the brand positioning and continue to delight the customer with every interaction and experience with the Peugeot brand. These will involve the continuous upgrading of skills of our workforce, the introduction of solid customer-facing processes, and the launching of lifestyle programs. Critical to all these is a strong after-sales support that will emphasize to our customers that we will take care of them long after they have purchased their vehicles."

Definitely easier said than done, but Dasig has acquired immense expertise in these areas during his time with BMW.

"While both BMW and Peugeot are European, the similarity ends there. Things will be different at Peugeot, for sure. Of all the things I learned at BMW, it is the passion for the brand and the laser-like focus on the customer that I will carry with me to Peugeot. These are the traits that I have consistently demonstrated in all of the [automotive and non-automotive] brands I have managed in the past 20 years."

Dasig also aims to "tap into the growing segment in the market who wants to enjoy and can identify with the vibrant lifestyle and hip culture the French are famously known for. Peugeot represents a unique culture that demonstrates the best that the French have to offer in the industry. This essence will be at the core of all our customer activities and lifestyle experiences in the future."

His short- and long-term plans for Peugeot?

"It is important that we stick to the basics: right people, right processes, right facilities and right mindset," Dasig answered, with an enthusiastic tone you'd usually sense from a seven-year-old off to the first day of school. "This will ensure a strong foundation for a sustainable business. My long-term vision is to be the European brand with the most number of vehicles on the road."

We'd be the first to say that this assignment--Dasig's first as the company's top guy--is a tall order even for an industry executive of Dasig's background and aptitude. But the dude isn't flinching.

"This is a new challenge that I am taking on with excitement," he assured us. "I believe my more than 15 years of well-rounded experience in the automotive industry has prepared me for this responsibility. Combined with the talents of the team as well as the experience of our dealer principals, we can surely step up to the ever-increasing demands of our customers."

With this appointment, the Alvarez Group will now have three presidents who once worked for Ford, including Maricar Parco (BMW) and Ginia Domingo (Kia). 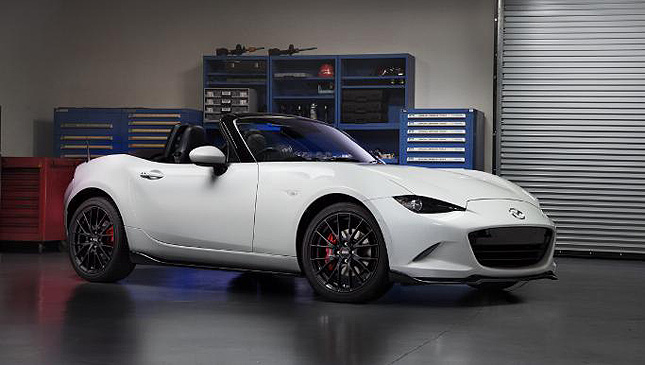