“‘Before an applicant can be given a student permit, the applicant must undergo a mandatory 15 hours of lecture, which includes road safety,’ Santiago continues. ‘A series of exams will follow before one gets to have a basic license.’

“New drivers must also be taught by LTO-accredited and TESDA-certified instructors. For those who cannot afford to enroll in a proper driving school, the LTO says it will also be offering the same services at a lower fee.

“Apart from these new requirements, the entire licensing system will soon be redesigned. Non-professional and professional license classifications will be made obsolete, and drivers will be categorized according to the vehicle that they have the skills to operate. However, there are no exact guidelines yet as regards how this new process will affect existing license bearers.

“UPDATE: According to LTO Taguig Licensing Center assistant chief Vhiren Suba, the policy’s IRR is still being drafted. However, it was mentioned in a previous discussion that current license holders may need to take at least four hours of lectures and driving lessons from accredited instructors and schools in order to renew their permits. Do take note that this is yet to be finalized.”

CALAX will be partially passable by October 30

“On October 22, the Department of Public Works and Highways (DPWH) and the Metro Pacific Tollways Corporation (MPTC) conducted a final inspection of the first 10km segment of the Cavite-Laguna Expressway. We visited the site only recently, and we were told then that this initial segment will open by the end of the month.

“Now, DPWH secretary Mark Villar has given his assurance that the portion connecting Mamplasan and the Santa Rosa-Tagaytay Road will indeed be accessible to motorists by October 30, 2019.

“Motorists should take note, however, that the other entry and exit points located in between Mamplasan and Santa Rosa-Tagaytay Road are still being constructed and will not be accessible in the meantime.”

“One person recently drew the attention of Metropolitan Manila Development Authority (MMDA) special operations commander Bong Nebrija, after he was caught riding a motorized kick scooter along EDSA. Nebrija scolded the scooter rider for operating his vehicle along the nation’s busiest thoroughfare, and without proper signaling devices to boot.

“‘Ang sinasabi ko sa inyo, do not take that risk,’ he explained to the rider. ‘Pwede naman kayo mag-inner road if you want, but not on EDSA.’ He gestured to the buses on the road, reiterating, ‘I’m just after your safety,’ and adding that the Land Transportation Office (LTO) will soon come up with regulations for motorized kick scooters.

“‘Kaya kita pinapara is because of your own safety. Not on EDSA, please. Kung motor nga dito, pag nadidisgrasya ng bus, you can just imagine what would be the result. How much more kung ganyan ang dala mo?’

“‘I’m not discouraging you to use it. I’m just telling you, use it on the sidewalk or use it [on] the inner roads.’”

“As soon as the delegates arrive for the [SEA Games], the congestion in the city will be yet another headache for the Metropolitan Manila Development Authority (MMDA), which is why the agency has already begun preparations for when the games begin. According to a report by ABS-CBN News, the MMDA plans to implement a ‘stop-and-go scheme’ on EDSA and other major roads to facilitate the travel of athletes and foreign delegates around the more difficult parts of the metro. This will be effective from November 30 to December 6.”

“The Metropolitan Manila Development Authority (MMDA) recently held a meeting with the Department of Public Works and Highways, shopping mall operators, and water utility and telecommunication companies in order to mitigate the raffic congestion that will inevitably accompany the upcoming Christmas rush.

“Following the said meeting, the MMDA announced that it will be implementing its new plans beginning November 11 until January 10 of next year. ‘Traffic is already bad and we expect it to get worse as the number of vehicles increases daily,’ said MMDA general manager Jojo Garcia.

“The guidelines include the temporary suspension of any road reblockings along EDSA and C5. Government flagship projects and certain emergency cases are exempted, however.

“Shopping malls in the metro are also ordered to begin operations at 11am on weekdays instead of the usual 10am opening. Mall operators have also been instructed to deploy additional security personnel to control the flow of vehicles queueing up at parking-lot entrances in order to avoid gridlock. In addition, all malls must follow the ‘no weekday sale policy’ set by the agency, so Christmas shoppers, take note.” 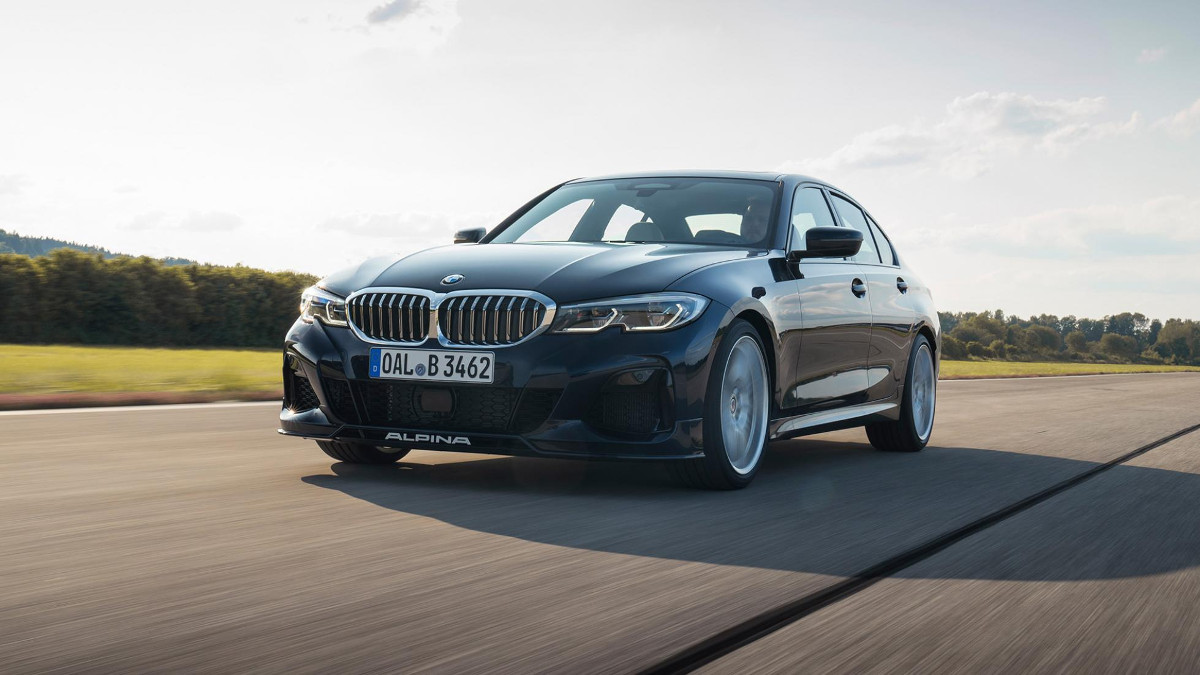 Alpina has unleashed the B3 in sedan form
View other articles about:
Recommended Videos
Read the Story →
This article originally appeared on Topgear.com. Minor edits have been made by the TopGear.com.ph editors.
Share:
Retake this Poll
Quiz Results
Share:
Take this Quiz Again
TGP Rating:
/20