There are a few must-read announcements for motorists
by TopGear.com.ph | 5 days ago

“The Land Transportation Office (LTO) has just extended the validity of driver’s license and student permits that expired in May. The agency is now doing the same for vehicle-registration documents.

“The LTO has just announced that the registration validity of all motor vehicles with license plates ending in 5 have been extended to June 30, 2022. Look:

“If the original guidelines were to be followed, the vehicle registrations of all covered vehicles are set to expire at the end of the month. If you need an explainer on the registration renewal schedule of all motor vehicles, you can check out our guide here. For a full article on motor-vehicle registration, you can click these blue words.”

You can use CALAX for free on select dates this month

“Does anyone here use the Cavite-Laguna Expressway (CALAX) regularly? If so, here’s some good news for you guys: usage of the tollway is free on select days this month.

“Metro Pacific Tollways Corporation (MPTC) subsidiary MP Cala Holdings has announced that on May 12-14, 19-21, and 26-28, passage along CALAX will be free of charge for all exits. Look:

“Meanwhile, on other MPTC-operated tollways, there have been significant toll-fee hikes over the past week. Both the North Luzon Expressway (NLEX) and the Manila-Cavite Expressway (Cavitex) are affected by the recent increases—read more about those by clicking here and here.”

“Road trips are nice, but if you aren’t too fond of exerting yourself via a long stint behind the wheel, taking a provincial bus or rail line is still the way to go.

“Agree? Then those of you heading down south in the near future will be glad to know that the Philippine National Railways (PNR) Lucena-San Pablo is set to reopen by June 2022. The Department of Transportation (DOTr) shared the news on social media, saying the route is set to resume operations before the current administration steps down.

“Besides making the commute down south more convenient, the DOTr says the reopening of the 44km line will also help boost the economy of areas like Laguna and Quezon. The same sentiment was shared by San Pablo City urban development and housing officer Emilio Torres following an inspection of the line held earlier this year.

STORIES YOU MIGHT HAVE MISSED:
Nissan Philippines may have as many as 6 upcoming product launches this year
Auction finds: This Mitsubishi Lancer Evo VI is one of seven prototypes built by Ralliart

Here are the adjusted NLEX toll rates for Class 1 vehicles

“North Luzon Expressway (NLEX) regulars, brace your wallets. Expressway management has announced a handful of fare hikes, and they’re all set to kick in this Thursday.

“The country’s Toll Regulatory Board (TRB) has given NLEX management the go signal to implement open and closed system hikes in compliance with periodic adjustments approved in 2016.

“The open system covers Balintawak, Caloocan City to Marilao, and Bulacan. The NLEX’s closed system, on the other hand, is between Bocaue, Bulacan and Santa Ines, Mabalacat City, and Pampanga including Subic-Tipo.

“Under the new toll matrix, Class 1 vehicles must pay an additional P2 to travel anywhere within the expressway’s open system, while Class 2 and 3 vehicles must pay an extra P6 and P8, respectively. The closed system, meanwhile, will see a P0.34 per kilometer increase.

“End-trend travel between Metro Manila and Mabalacat City will see an additional P27 in toll for Class 1 vehicles, while Class 2 and 3 vehicles must pay an additional P69 and P82, respectively.

“Jeepneys under the NLEX Passada and Tsuper Card discount and rebate program can still take advantage of the expressway’s pre-hike toll rates. Provincial buses will also be covered by a graduated rebate scheme for three months.”

“When an unstoppable force meets an immovable object, bad things happen. On the road? An overloaded truck is about as unstoppable an object as they come.

“According to the Department of Public Works and Highways (DPWH), the country’s problem with overloaded trucks isn’t getting any better. Data released by the agency shows that out of all the trucks recorded at weighing stations in 2021, more than 34% were cases of overloading—up by more than 6% compared to the year prior.

“That’s a total of 137,029 trucks out of 401,785 trucks recorded. Not only are these vehicles serious safety hazards, but they also wear down public infrastructure like bridges and roads faster.

No, a new number coding scheme will not kick in on May 16

“Another fake post reporting that a new number coding scheme will go into effect later this month is making its rounds online. This time, the post claims the updated policy will kick in on May 16.

“The Metropolitan Manila Development Authority (MMDA) has already labeled this information as false. In a Facebook post, the agency reminded motorists that no such alteration to the number coding scheme has been approved. It is also calling on everyone to verify updates like this with the MMDA if they are seen going around. 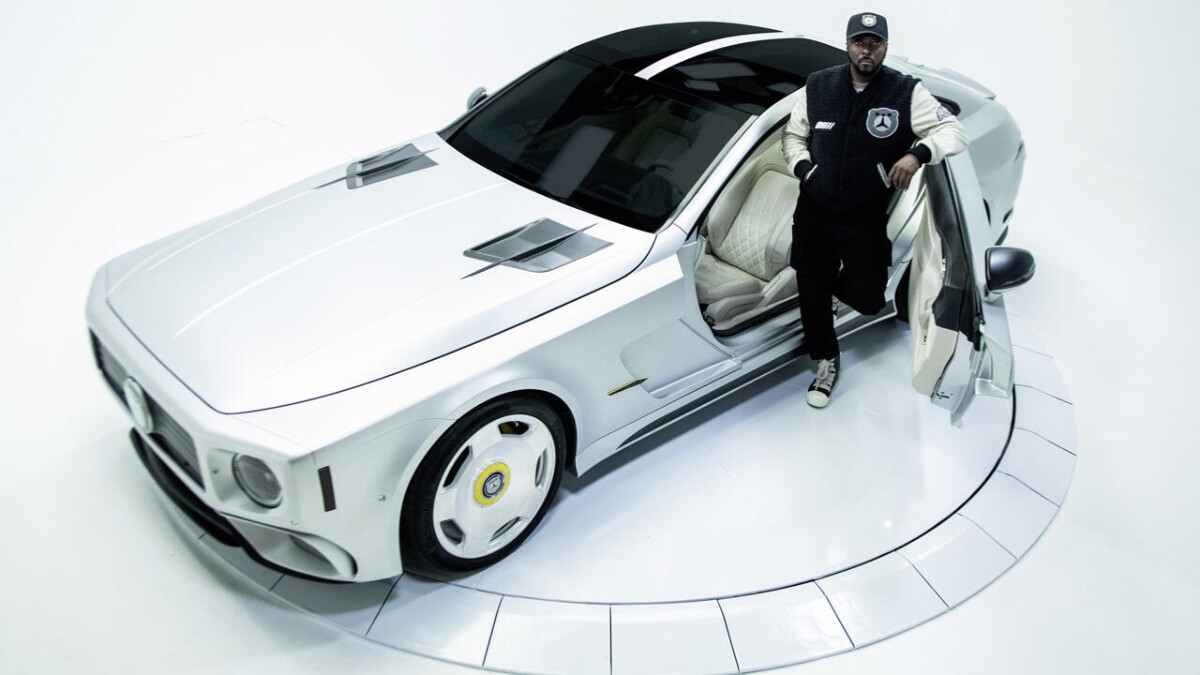 Think the one-off will.i.AMG’s got that boom boom boom?
View other articles about:
Read the Story →
This article originally appeared on Topgear.com. Minor edits have been made by the TopGear.com.ph editors.
Share:
Retake this Poll
Quiz Results
Share:
Take this Quiz Again
TGP Rating:
/20