Let us keep you up to speed on the latest motoring news stories
by TopGear.com.ph | Feb 23, 2020

A warning to overtaking-lane hoggers out there...

“This dashcam footage was recorded and shared with us by Facebook user Arnold Umali. In case you didn’t press play above, it basically shows a light truck being pulled over by an expressway enforcer on a motorbike along the South Luzon Expressway (SLEX).

“For the first 35 seconds of the clip, the white utility truck is nonchalantly plying the expressway on the leftmost lane. In case you’re unaware (which we hope isn’t the case), that lane is reserved for overtaking vehicles only. Soon after, an enforcer pulls up next to the vehicle and signals for it to pull over.

“We don’t exactly see what happens after the enforcer and lane-hogger move off-screen, but it should be safe to say the latter’s driver was cited, or at the very least left with a warning. The lesson here? If you aren’t using the leftmost lane on an expressway to pass another car, you have no business being there.”

“In a Facebook post released on February 16, Pangasinan Congressman Jumel Espino said that he has coordinated with the Department of Public Works and Highways (DPWH), the Philippine National Police (PNP), and local government units (LGU) to recommend the temporary closure of the route because of recent mishaps. The official added that the local government now also has to deal with the trash left behind by tourists.

UPDATE: The DPWH has released an advisory stating that Daang Kalikasan has already been closed, and will not be reopened until the project’s full completion

“The Department of the Interior and Local Government (DILG) has announced that it has started Road Clearing Operation 2.0. The aim? To sustain the relative success of last year’s government-imposed crackdown on clogged thoroughfares.

“Last year’s operation saw 1,148 LGUs in compliance, with just 97 LGUs failing to meet expectations (10 of these are now facing administrative charges). According to the DILG, a total of 6,682 primary and secondary roads across the Philippines were cleared of obstructions in 2019.

“For 2020, LGUs are facing a 75-calendar-day deadline to comply beginning February 17. Under the operation, LGUs must continue clearing roads and sidewalks of illegally parked vehicles and other obstructions such as makeshift terminals and stalls. Mandatory compliance now goes down right to the barangay level.

“‘Now, we will [validate not only] the performance of the mayor but also of the barangay captains. We recognize that the barangays have the number-one responsibility in keeping their roads obstruction-free, so under Road Clearing 2.0, we will also assess the performance of the barangays and file appropriate charges if necessary,’ DILG secretary Eduardo Año said in a statement, adding that citizens may report obstructions to their LGUs and cooperate with the operation.

“Aside from Road Clearing Operation 2.0, Año said the DILG has signed a memorandum to remind LGUs and the PNP that tricycles and pedicabs are prohibited from operating on national highways. Under the memorandum, LGUs are tasked with devising a tricycle route plan (TRP) to rationalize operations in their respective areas.”

“According to an Inquirer.net report, Grab Philippines not only intends to bring its GrabBike motorcycle ride-hailing service back whenever possible, it is also preparing to fill up the 15,000 rider slots in Metro Manila allotted by the Department of Transportation (DOTr) to each motorcycle-taxi company.

“‘We’re getting ready on our end in case it opens up. We’re setting up our training facilities, the design of the jackets and materials that are needed, training the trainers, but we haven’t trained the drivers yet,’ said Grab Philippines country head Brian Cu.

“Cu added that Grab will be able to maximize the rider cap by allowing its 20,000 GrabFood partners to also use GrabBike. He said that the fleet of riders may opt to switch to GrabBike during the off-peak hours for food-delivery services.”

“Last month, the DOTr and its technical working group (TWG) came up with the decision last month to increase the rider cap of the motorcycle-taxi pilot run to 63,000. Here’s the breakdown of that total: Angkas, JoyRide, and Move It will each have 15,000 riders in Metro Manila, 3,000 in Metro Cebu, and 3,000 in Cagayan de Oro. Moreover, since Move It will not be able to maximize its rider cap in Metro Manila, it has agreed to give 5,000 of its slots to Angkas, increasing the latter’s allowed number of riders to 20,000.

“The DOTr-TWG then set a February 12 deadline for all service providers to submit their official list of registered riders. After said deadline, Move It was still 3,164 riders short of its total allotment in Metro Manila, so the TWG decided to allow the two other operators to provide a list of additional riders to fill up the remaining slots. A first-come, first-served basis was followed for this, and Angkas was the quickest to submit its final list, thus granting it all of the remaining slots.

“The Quezon City local government has put the rail line’s construction on hold due to concerns surrounding the size of the MRT-7’s Quezon Memorial Circle station (QMC). In a statement released yesterday, Quezon City mayor Joy Belmonte said that the station ‘was encroaching on the park’s integrity,’ and that the project ‘has greatly exceeded the agreed area for construction,’ affecting the surface of the park in the process. Underground works, however, have been allowed to proceed.

“‘Based on the project’s permit and clearance, the contractor indicated 4,997 square meters as its floor area. However, the proposed floor area is more than five times the approved figure,’ her statement reads.

“The DOTr, meanwhile, says that the larger size of the MRT-7’s QMC station is due to increased ridership projections and their corresponding capacity requirements.

“According to the agency, the MRT-7’s original capacity and sizing estimates were based on the project’s 2008 Concession Agreement. These figures were only updated in 2017 because the project was delayed, the DOTr says, adding that it would prefer not to construct a transportation asset that will be unable to address ridership five to 10 years from now.

“San Miguel Corporation (SMC), the project’s developer, has already expressed its willingness to alter its QMC station design and will present a new one on February 28, 2020.”

In a Facebook post, Belmonte once again clarified that the Quezon City local government only suspended MRT-7 construction taking place above ground, and that works underground will remain uninterrupted. The official also emphasized that the city suspended the construction of the station because the contractor included a three-story mall in the design that would have blocked the view of Quezon Memorial Circle’s pylon.

“‘The truth is the underground construction of the railway is ongoing and continues uninterrupted without any delays,’ Belmonte said.

“‘We just suspended the alleged above-ground part of the station because the contractor all of a sudden changed the design from a 2,500sqm ticketing office to a three-story almost 11,000sqm mall that would partly cover the pylon.’

“Belmonte added that she did not think having a mall near the landmark would be appropriate. She said that she requested the design of the station be changed prior to construction.”

Tollway enforcers were on a roll this week...

“Traffic enforcers along the North Luzon Expressway (NLEX) flagged down a speeding motorcycle rider just right after the NLEX Bocaue toll plaza. How fast was the guy running? The officials said he was doing 153kph. But he could have been going even faster before speed guns caught him.

“What makes matters worse is that the rider—a motorcycle vlogger—himself posted the video on social media. The Land Transportation Office responded by calling him out on Facebook.

“In light of this, the LTO also reminded motorists of the equivalent penalties for these violations. In case you’re not familiar, you can refer to the list below: 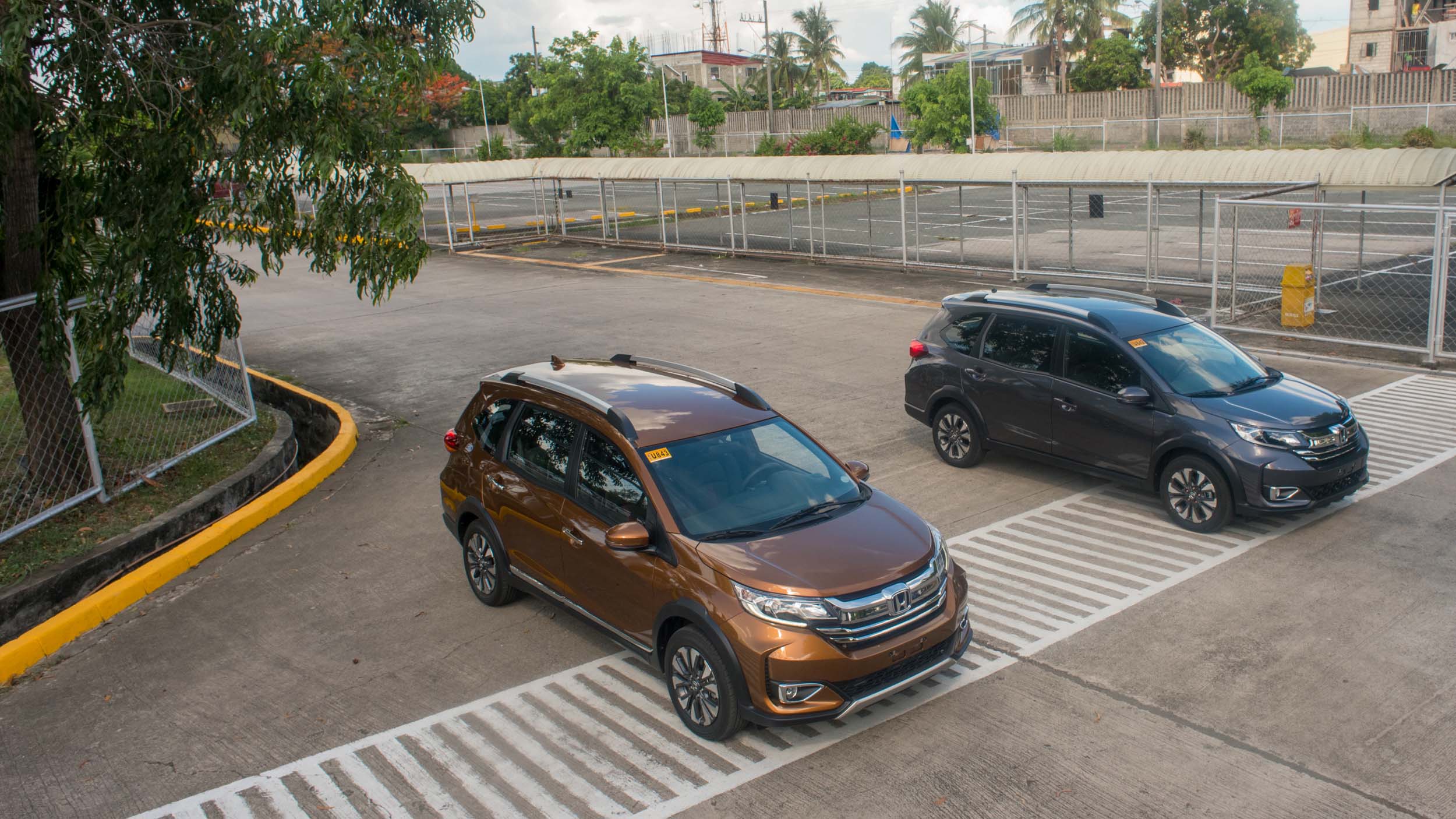