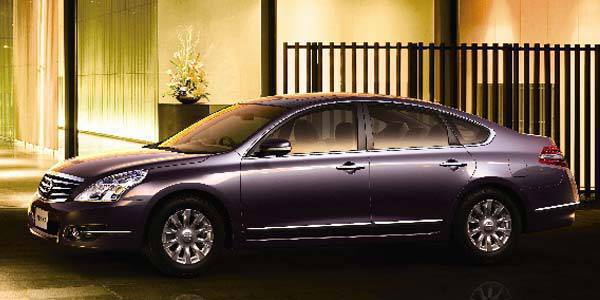 Nissan Motor Philippines has revealed plans to launch a new vehicle at the 3rd Philippine International Motor Show (PIMS) to boost its current lineup in the country.

Nissan remains mum about the details of the new vehicle, saying only that it is a "superior sedan...poised to raise the bar on power and sophistication as it reflects a different dimension of hospitality, superb comfort and quiet, roomy interior."

The Japanese carmaker said its latest offering has been receiving various recognitions since its launch in the global luxury sedan market.

"When we decided to launch our third vehicle, we wanted to take advantage of the growing luxury segment," Nissan Motor Philippines president and chief executive Allen Chen said in a statement. "We are confident that the customers' expectations and demands of a luxury vehicle match what this superior sedan provides."

Still clueless? Those who religiously read updates on this website would recall that in February, TopGear.com.ph posted an article about the three vehicles Nissan Motor Philippines is launching this year: the Nissan Sentra, the X-Trail and the Teana.

The Nissan Sentra 200 was unveiled in April and the X-Trail was launched June, leaving us with just one logical conclusion.

Nissan Motor Philippines assistant vice president Steven Hu earlier said the company is bringing in the Nissan Teana variant equipped with a 2.5-liter V6 engine. This is a higher variant compared with the currently available Teana powered by a 2.3-liter engine.

With the current Teana priced between P1.58 million and P1.79 million, how much do you think would the new Teana cost--assuming, of course, that it is what Nissan plans to launch this week?

(Editor's note: Photos of the Nissan Teana are for visual purposes only. Actual units which will be made available in the Philippines may vary.)

The 3rd PIMS will be held from August 19 to 22 at the World Trade Center in Pasay City. Read more about what cars to expect at the motor show here: