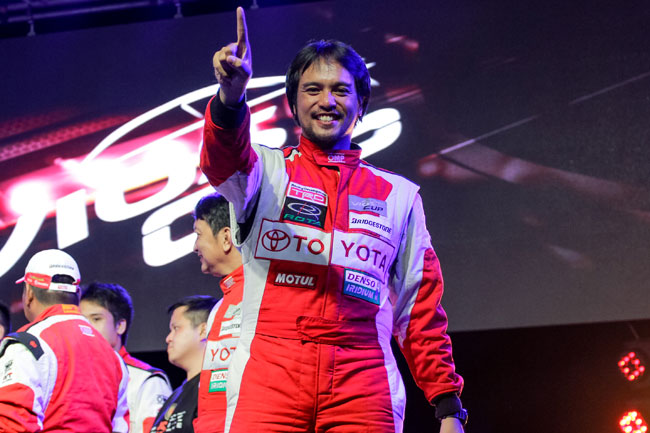 So, Toyota Motor Philippines made history last weekend by successfully capping its one-make race series, the 2014 Toyota Vios Cup. The last leg was done in a specifically built (and specially tight) track at the McKinley West development property in Bonifacio Global City.

To say that it was exciting is an understatement. With a much-narrower street track compared to the wide expanses of Clark International Speedway (where the previous legs had been held), last weekend’s race became a contact sport. A lot of rubbing and close-quarter action happened between the very competitive drivers.

As you might already know, there were three kinds of competitors during a Vios Cup race: the celebrities, the media, and the actual drivers composed of race teams and privateers. In the past, everyone--media, celebs and teams/privateers--raced at the same time, since Clark could accommodate all the cars.

But because of the narrower track in McKinley, the grid had to be split in two: the main grid composed of majority of the race teams and privateers, and another grid for the celebrities, the media, and the regular racers who didn’t make it to the top 20 spots during the qualifying round. So there were 20 cars on the first grid, and 12 cars on the second grid--consisting of three celebrity cars, three media cars, and six of the regular race cars that finished last in qualifying. Like before, there were two heats for every race, so with the grid split in two, there were now four heats.

We kept a close eye on the media category because this was the "champions edition." You see, with every Vios Cup leg beginning with the exhibition race in January, there emerged a media champion from various publications and websites invited to race.

Our associate editor Paulo Rafael Subido won the media category in the previous leg, so he competed against Vince Pornelos of AutoIndustriya.com and Ira Panganiban of Autocar Philippines (who had actually been second during his race, but got bumped up when the winner of that race couldn't join the last leg).

As the title obviously states, our guy won! Pornelos actually qualified ahead of Paulo, so he was ahead of our teammate on the starting grid for the first heat. But once the race started, Paulo followed Pornelos closely, keeping the pressure on. In the 12th lap, Paulo’s competitor made a mistake, and our associate editor dove for the opening and successfully made the pass. There was no catching up to Team Pogi (our nickname for the duo of Paulo and test drive editor Jason dela Cruz) after that.

It was the same story during the second heat of the celeb/media race. With Panganiban eliminated due to car damage in the first heat, the media trophy was up for grabs for only two remaining contenders. For this round, Paulo was ahead of Pornelos because the grid order depended on the result of the first heat. This time, our associate editor maintained an insurmountable gap between him and his rival.

When the checkered flag was waved, Vios race car No. 7, with the name "P. Subido" on the windows, emerged as the champion of the media category for the entire 2014 Vios Cup season.

Just ahead of Paulo was radio personality Sam YG, who topped the celebrity category. Mr., um, YG found last-minute inspiration and wound up at the top of the media and celebrity qualifying sessions. At the very end of the races, he bested the other celebs: Rhian Ramos, Phoemela Baranda and Jinno Rufino.

Paulo was able to share his victory with his whole family, who came down from their home in Baguio just to wish him luck.

In the end, what Paulo is most proud of is that he raced fair and clean. But he'd be lying if he didn't admit that it feels damn good to win. 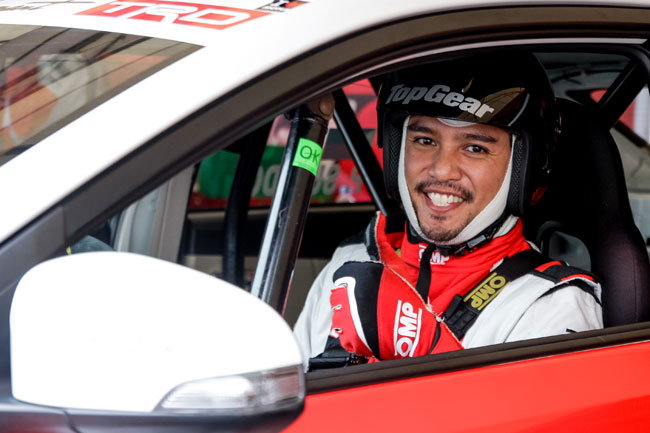 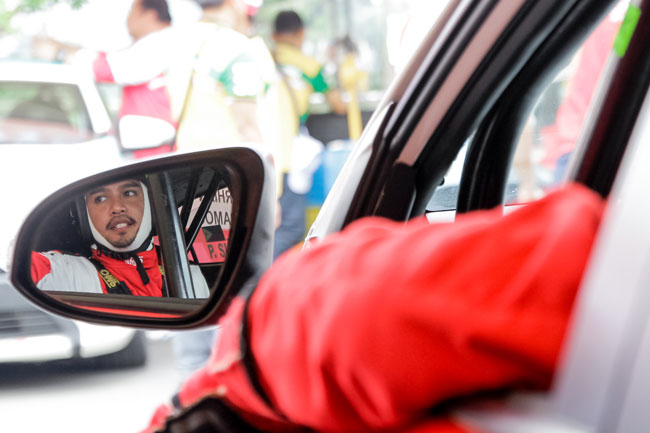 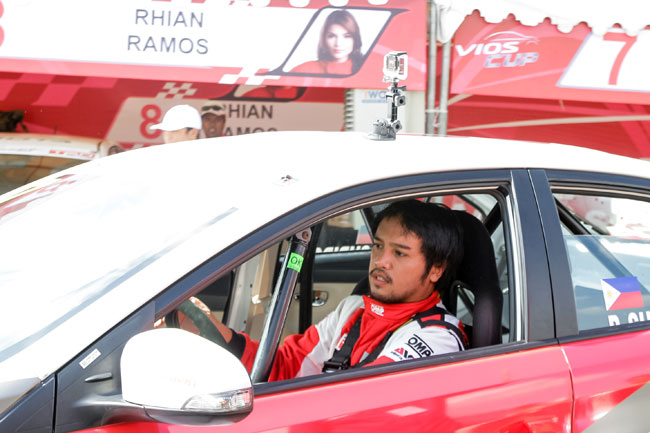 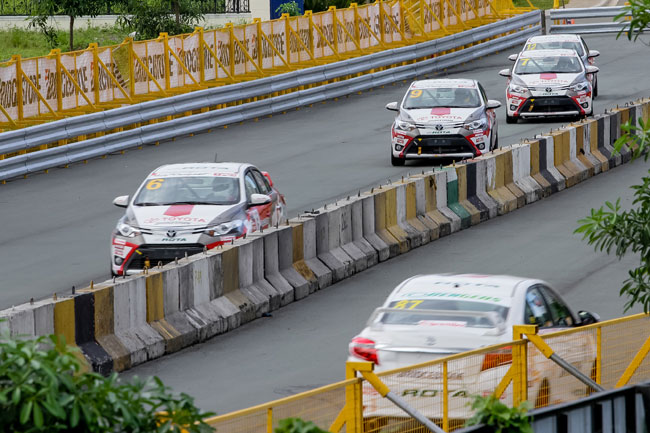 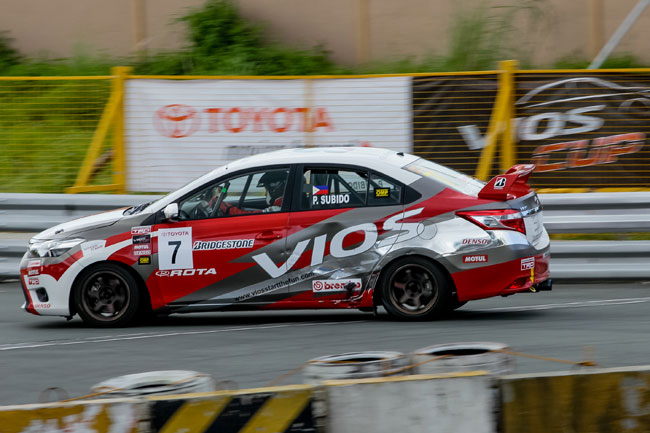 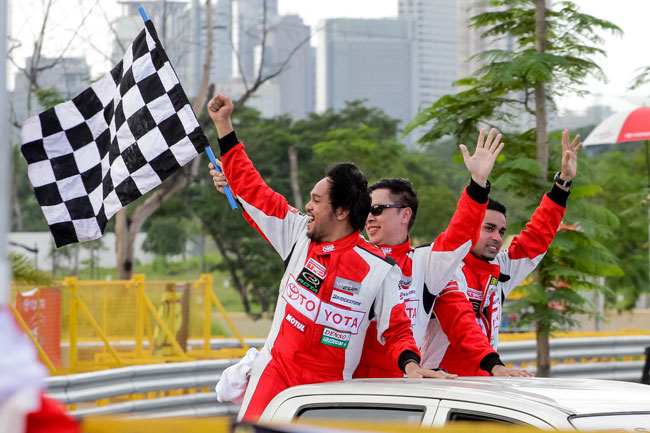 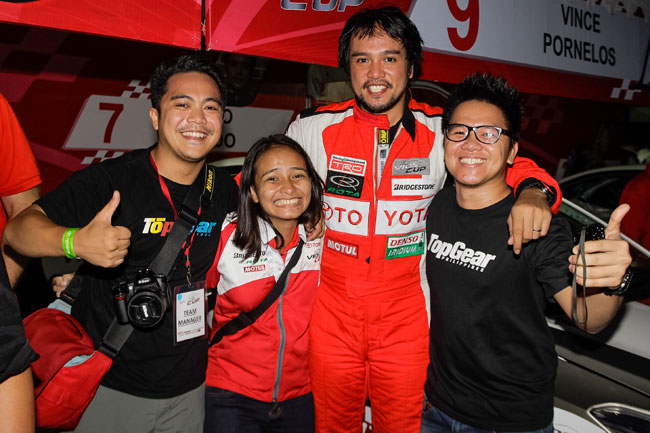 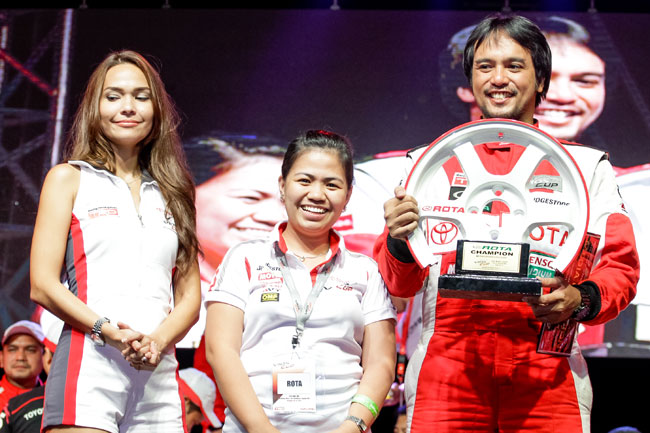