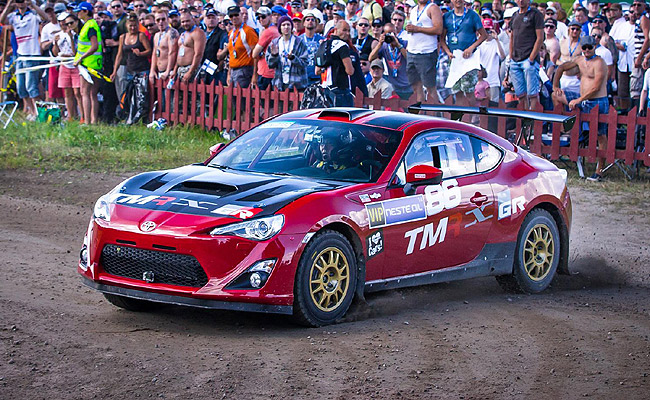 Toyota Motor Corporation president and chief executive Akio Toyoda may be the coolest boss of any car manufacturer around. In 2010, he competed in the 24 Hours of Nurburgring, sharing driving duties in one of the two Lexus LFAs entered by Gazoo Racing. More recently, he's been looking at the World Rally Championship, and he's doing it by commissioning four-time WRC champion Tommi Makinen and his eponymous racing company to make a four-wheel-drive, turbocharged rally car based on the Toyota 86.

Developed by Makinen, the four-wheel-drive 86 has already been driven by Toyoda in a private test session on roads close to the Tommi Makinen Racing headquarters near Jyvaskyla, home of the WRC Rally Finland.

Makinen himself drove the car at racing speeds through one of the special stages of the 2014 Rally Finland just before it opened up to the WRC competitors.

According to WRC.com, Toyoda's visit to a WRC race and his personal request for a four-wheel-drive 86 has led to speculation that Toyota might be planning a return to WRC, which the carmaker left in 1999 after winning four drivers' and three manufacturers' titles.

But Toyoda downplayed his visit, only asking everyone to watch out for Toyota's future activities.

Check out the short video at the bottom to see the four-wheel-drive 86 in action. 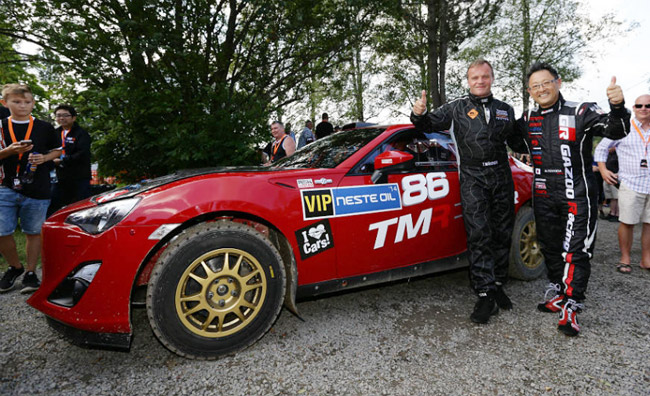