Review: The Toyota Yaris Cross is another worthy Yaris offshoot in its own way

A hybrid crossover is pretty much the polar opposite of a GR-fettled hot hatch
by TopGear.com | Oct 23, 2021
CAR BRANDS IN THIS ARTICLE

Remember the Toyota Urban Cruiser? Thought not. It was, more than a decade ago, Toyota’s first stumbling attempt at a small crossover. But it was too boring and not very cross-y. Toyota slunk away. Now, someone at HQ has finally cottoned on to the huge boom in these things. The Yaris Cross. Presumably, it’s cross because everyone else is pinching its sales.

It shares its mechanics and wheelbase with the Yaris, but not the visible bodywork. It’s bigger, not just taller: 20mm wider and 240mm longer. 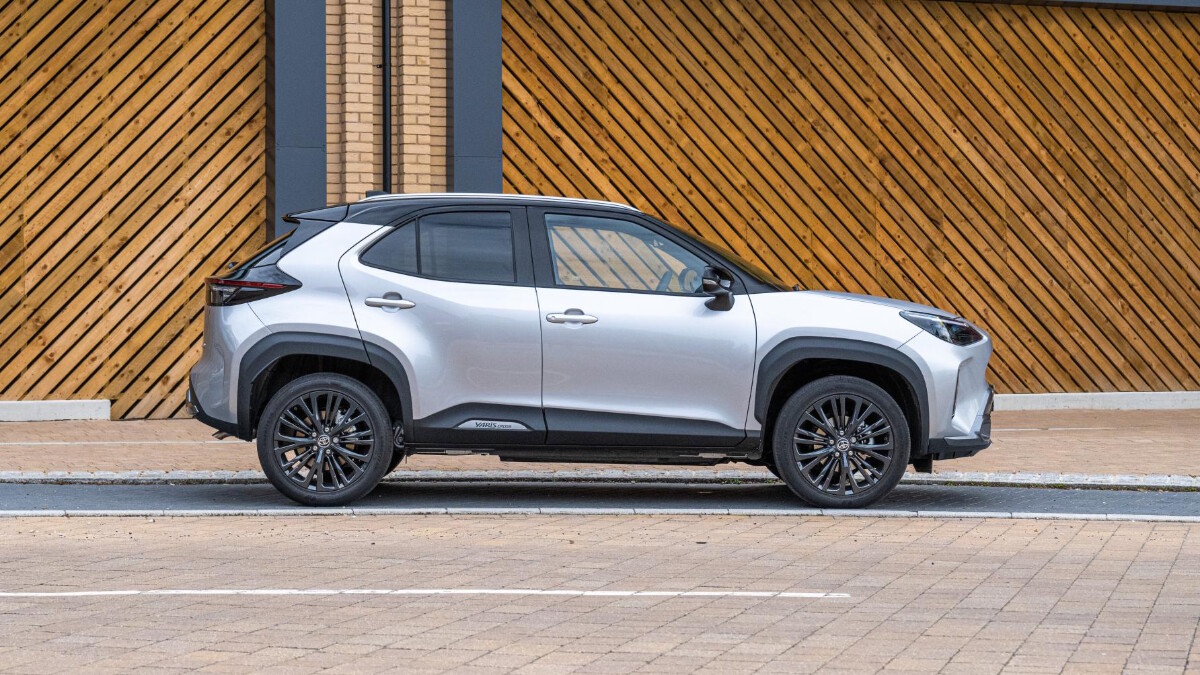 The Cross uses the same TNGA platform that underpins a load of other Toyotas and has been credited with making them much more fun to drive than in recent years, and it gets the same 1.5-liter three-cylinder engine paired with a fancy hybrid setup. Hybrids were of course the thing that Toyota actually did get working on years before everyone else clocked on.

Is the normal Yaris getting the chop, then?

No, it lives on. The Yaris is a good and modern small car, and was named European Car of the Year for 2021. Toyota asserts that the cars appeal to very different audiences.

Right in the middle of the Cross’s, er, crosshairs are school runners looking for something stylish but easy to use. Styling is of course a very personal, subjective matter, but we think the Yaris Cross looks all right for what it is. It’s got a manga Volvo XC40 thing going on with its bluff front and rear, and even the squared wheel arches have a first-gen RAV4 vibe.

What are the engine options? 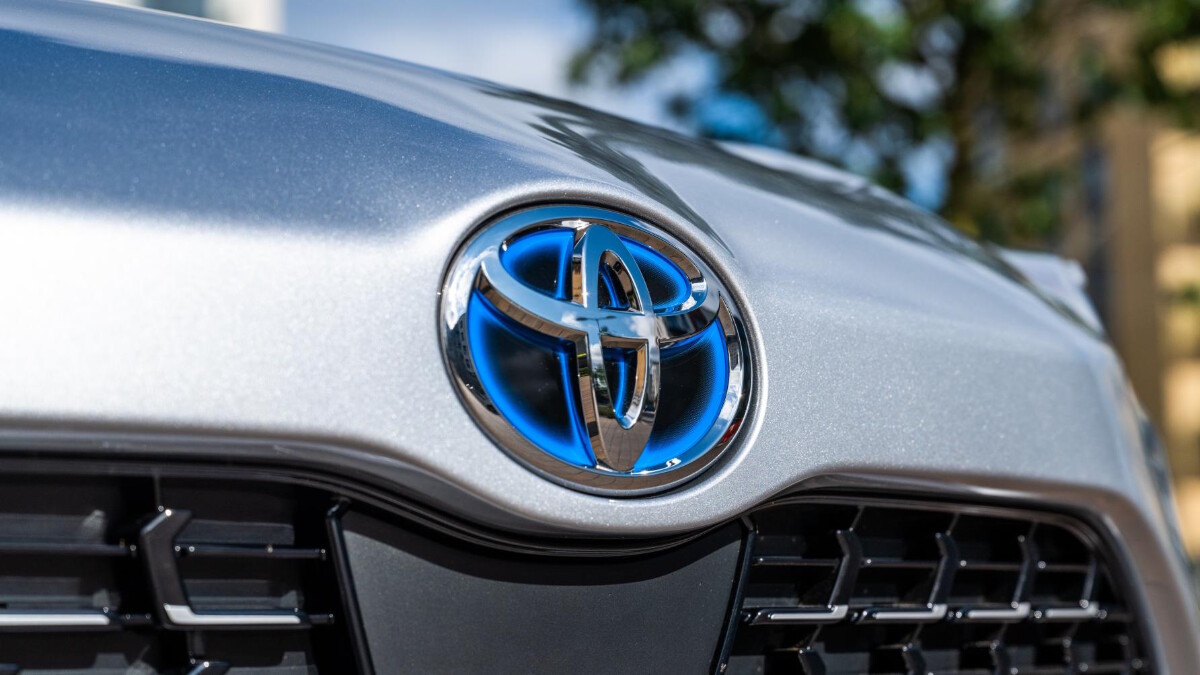 There’s only the one here. It’s a hybrid powertrain, the principle familiar to anyone who has driven a Toyota hybrid in the last 15 years or so. It’s all very simple—go, stop, the computer works out how much you can do without the gasoline engine running. There are two engine modes, which do exactly what they say on the tin—you’ve got Eco or PWR, which is so eager to get going, it doesn’t even have all its letters.

Unusually for a crossover this small, you can opt for a 4WD version. This has an additional electric motor that drives the rear wheels.

Toyota is going in hard on the sporty angle in its pre-game messaging, which feels a little odd from this company, but then again, the Japanese carmaker is on something of a roll after the success of the GR Yaris and the improvements that its new platform has brought. 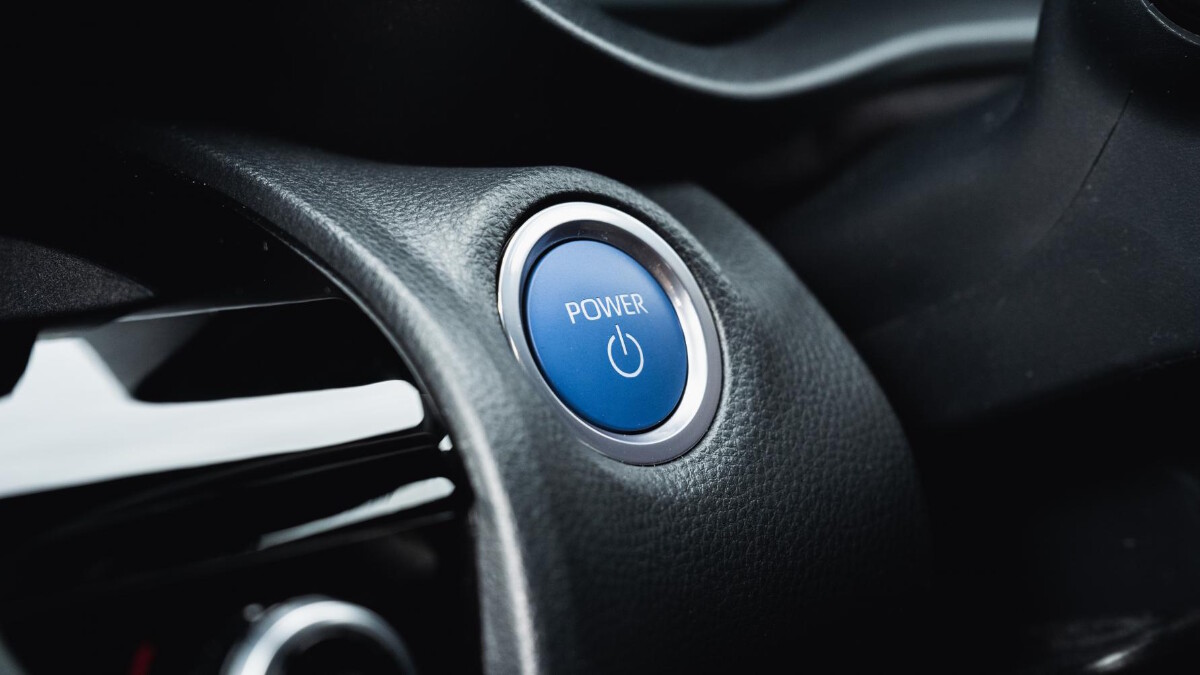 The Yaris Cross does feel quite chuckable, light, and nimble. Maybe it actually is, or maybe we’ve just driven too many heavy cars recently—its 1,200kg-ish curb weight makes it a touch heavier than a Juke, say. There’s instant turn as you move the wheel, which makes the car feel assertive on a country lane or around town. We got about 22.5km/L out of the car on our route of mixed urban and country roads, plus some highway jaunts thrown in.

Thing is, it’s heavier and draggier than the Yaris supermini itself, so you lose about 4km/L and about a second in the 0-100kph sprint. It just proves the universal law that crossovers aren’t as much fun or as efficient as the hatches they’re based on.

The ride is also a bit busy. That said, while it jiggles at town speed, it does deal with big bumps and higher speeds fairly well. 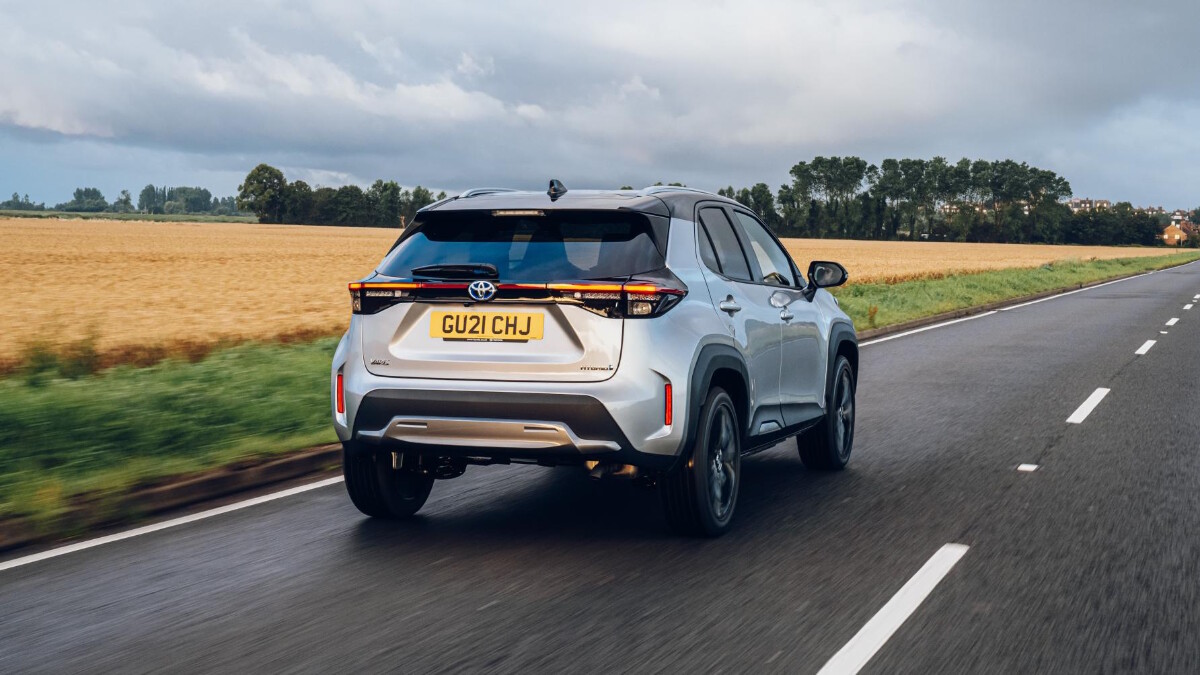 Toyota’s hybrid system has always been technically very impressive, with genuinely innovative ideas serving to get the best out of the internal combustion engine. This latest version in the Yaris Cross is no less impressive, with 40% thermal efficiency and tweaks to generate more power and torque at lower revs.

The company is touting the car’s ‘sporty’ credentials, though, so that adds a bit more expectation to the car. Surprisingly, it mostly delivers. The Yaris Cross is perky off the line, more so than its sluggish 11.2sec 0-100kph time suggests.

The handling is pleasantly darty around town. The steering has decent heft, where perhaps the Yaris hatch in the past has felt over-assisted and bland. Out in the country, it still steers fairly keenly, avoiding sharp-corner understeer. And it’s not much knocked off-line by B-road bumps.

Is the engine still crazy revvy? 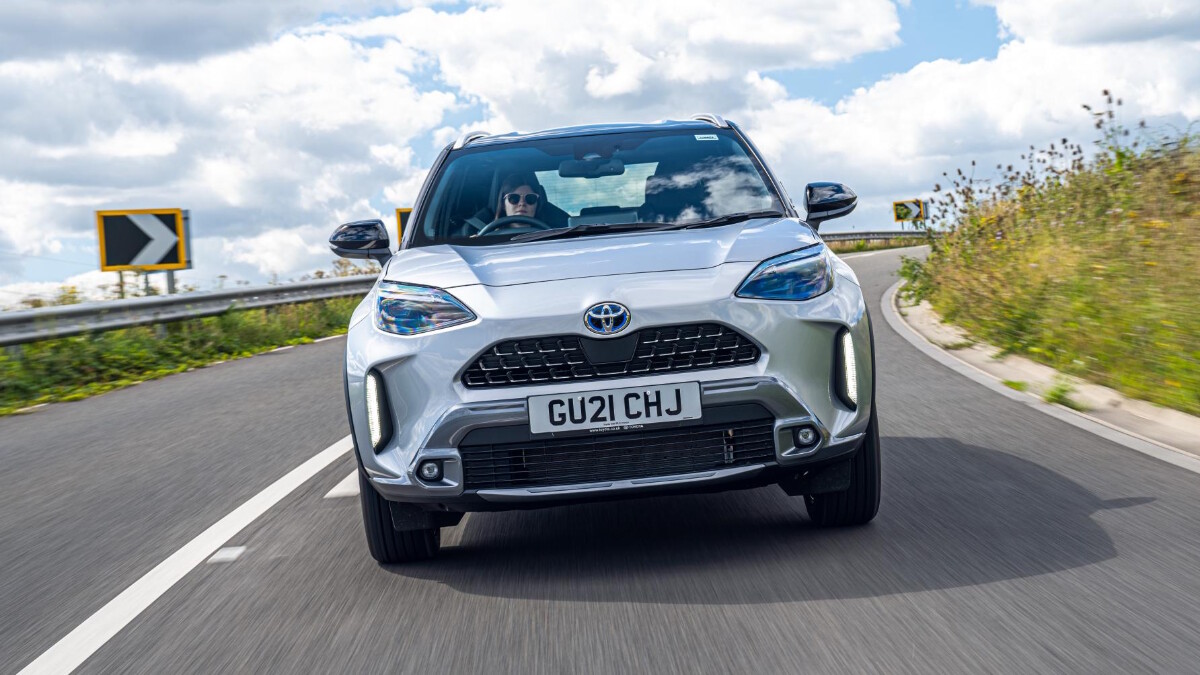 Certainly, it sounds a lot less shouty, which has been one of the chief complaints about these cars in the past, that the engine jumps to maximum revs and stays there. Here, the yelling is kept to an appreciable minimum thanks to the low-down power, the engine only going crazy when you hoof it and backing off quickly as you ease off the accelerator.

Also, when you do hear it, the three-cylinder engine has a more interesting note than the groaning four-cylinders in Toyota’s bigger hybrids.

And does the Yaris Cross take tiny sips of gasoline?

As mentioned, we got about 22.5km/L out of the Yaris on a trip through country roads, fast dual carriageways, and a bit of urban running. The 2WD Dynamic-spec car we drove is officially rated at 27.9km/L and 98g/km CO2. 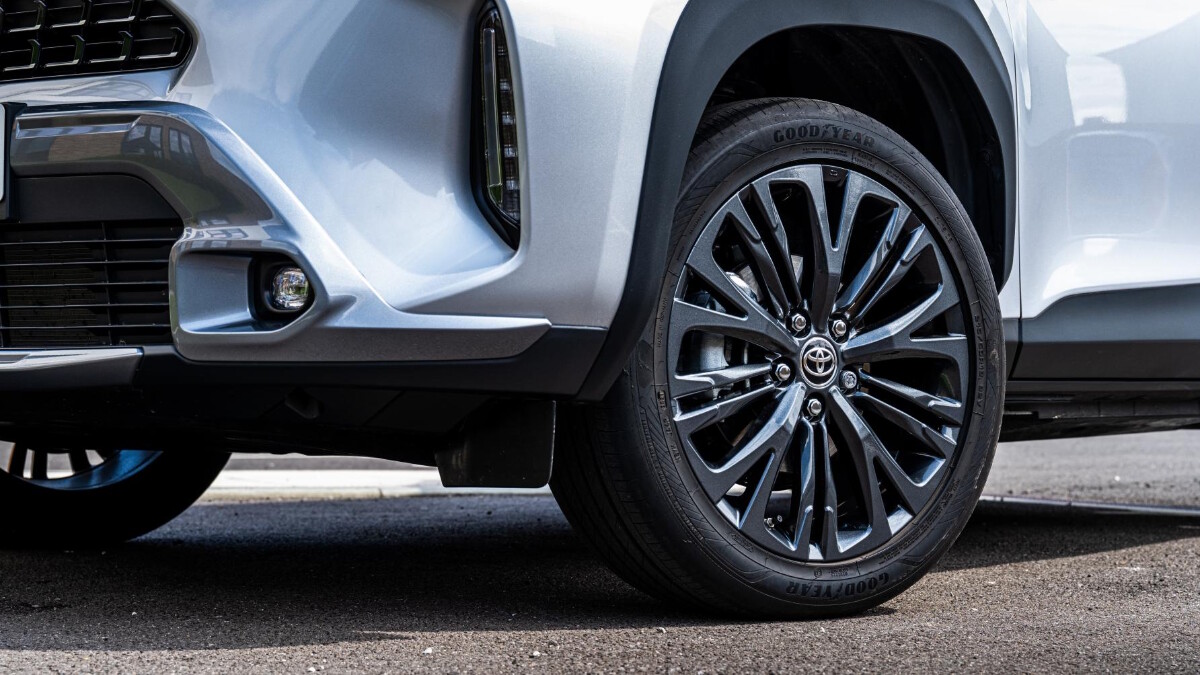 The AWD version, which we haven’t driven yet, splits the electric motor from the front of the car and moves it to the back axle, to provide a bit of reassurance in slippier conditions, but that comes with a slight fuel and emissions penalty.

Is it comfortable to ride in?

The ride comfort is basically class-average. The front seats were lovely and squishy, though. 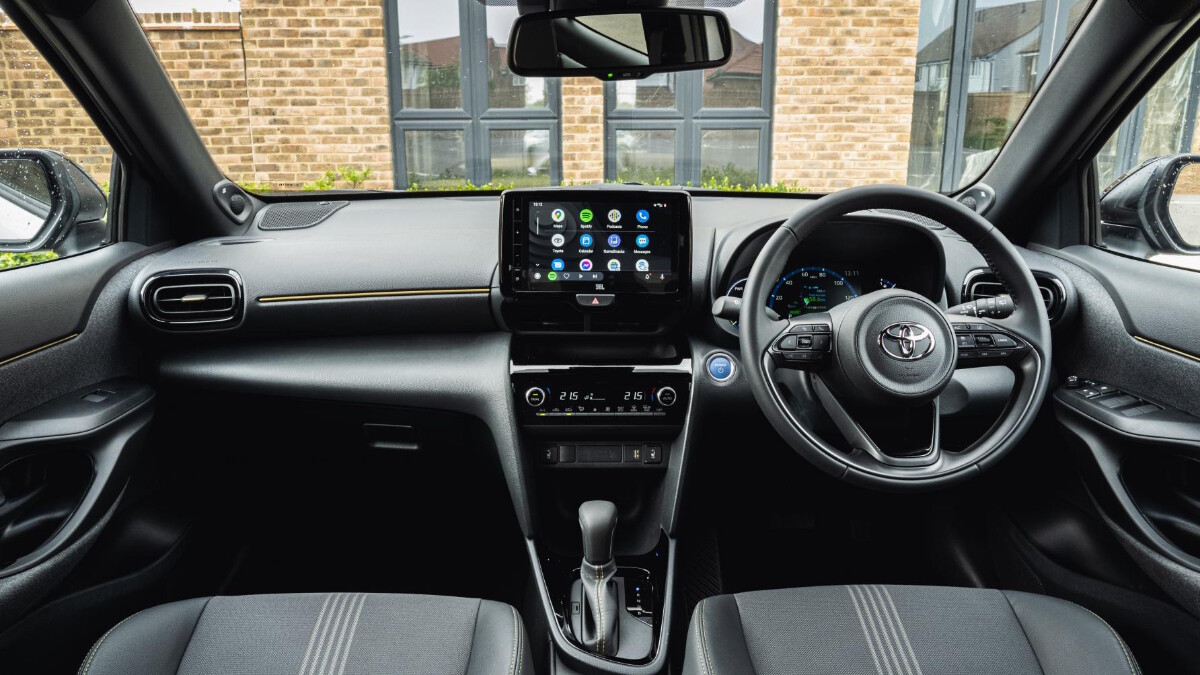 In an area of the market that’s got some fairly fashionable cars, the Yaris Cross was always going to have it tough. That said, it feels decently stylish inside without also feeling like it’s going to date badly in the next two months.

Like we said, the front seats are squishy (in a good way) and comfortable, although it must be noted that there are some hard plastic bits around the cockpit that you can catch your knees on, to the side of the center stack and underneath the steering column.

There are some interesting materials in the cabin, a few decent cubbies, and the now ubiquitous touchscreen wanged on the middle of the dashboard. This comes in eight-inch guise on the entry variant and gets upgraded to a nine-inch version on all the others. This is something else that’s much improved on previous iterations. Not because Toyota’s graphics are any more attractive than they were (they aren’t), but because you can now use Apple CarPlay and Android Auto where you previously had to slum it on Toyota’s own system. 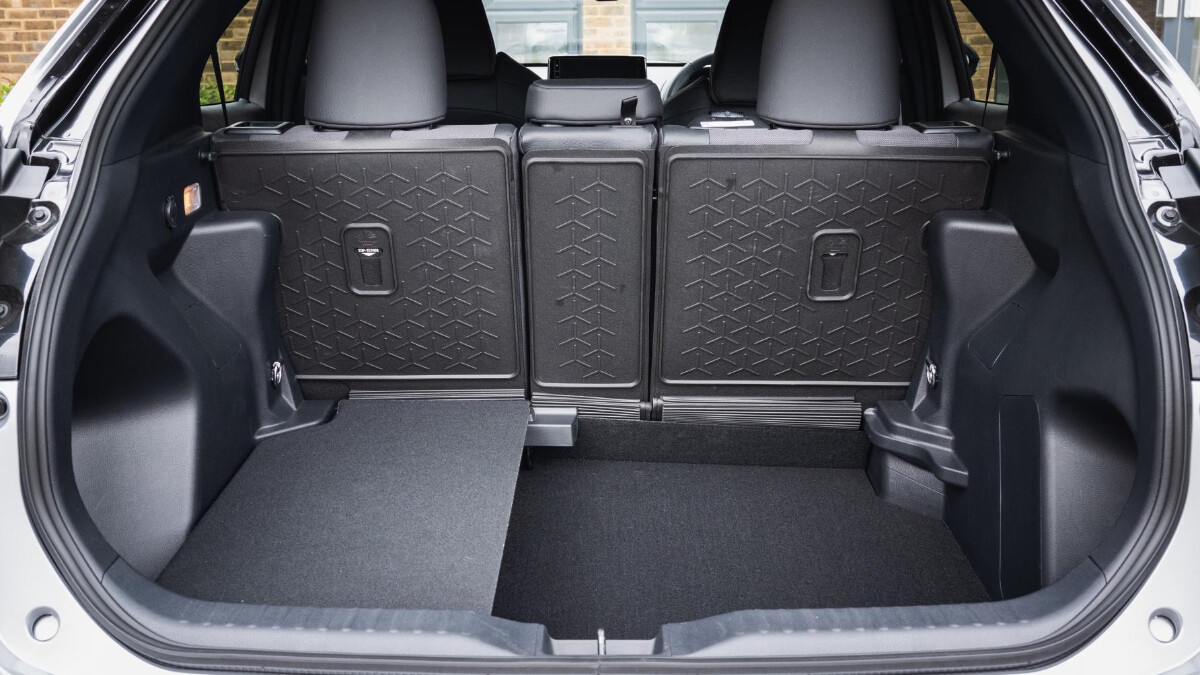 There’s good rear-passenger space in the Yaris Cross, with plenty of room to fit your feet under the seat in front. Toyota has used the extra length well. That said, the rising shoulder line on the back doors might leave kids in car seats a bit miffed that they can’t see out. Still, it’ll teach them to live with disappointment.

In the back is where all the decent action is happening—the rear seats split 40:20:40 for maximum practicality, and even the rear cargo floor itself is split 60:40 to allow you to carry taller things without having to drop the entire floor. The luggage cover is a strange piece of stretched material that feels like the front door of a festival tent. We’re not sure whether it’s an inspired piece of design or horrendous cost saving. 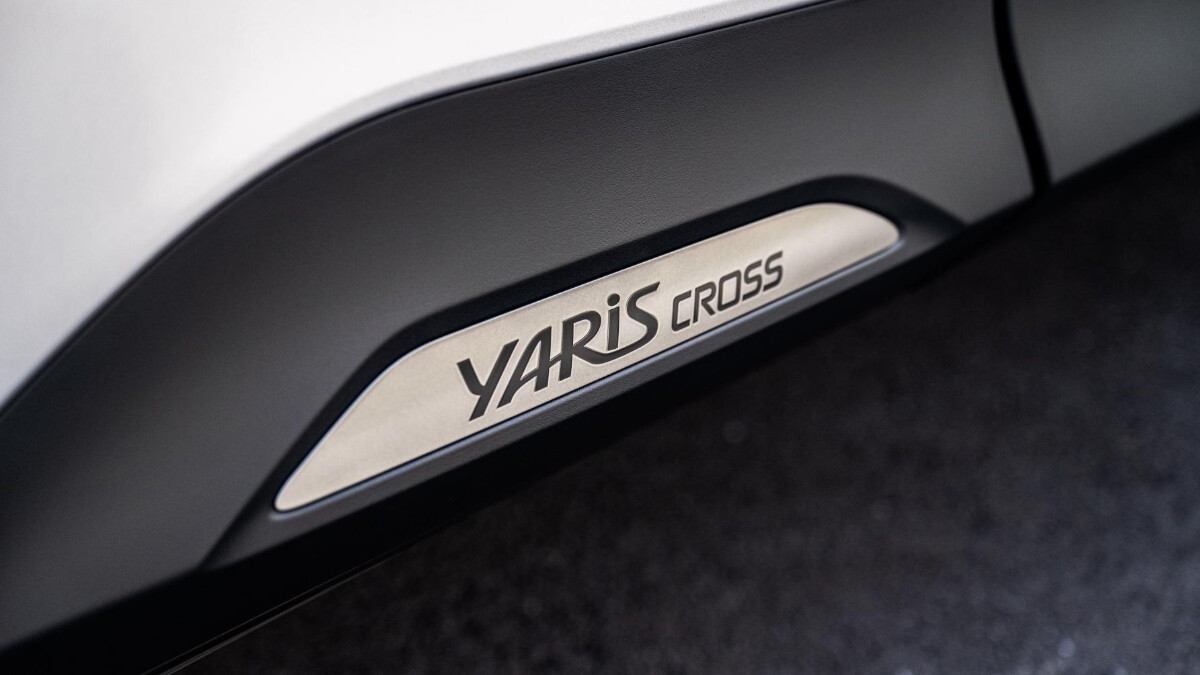 Despite its late arrival to the game, Toyota has brought a decent hand. The Yaris Cross’s cabin doesn’t have the flair of some rivals, but it’s better than most, and the exterior is bold and different without being divisive. The hybrid setup offers an economical alternative for those who don’t have the budget or the stomach to go fully-electric just yet. 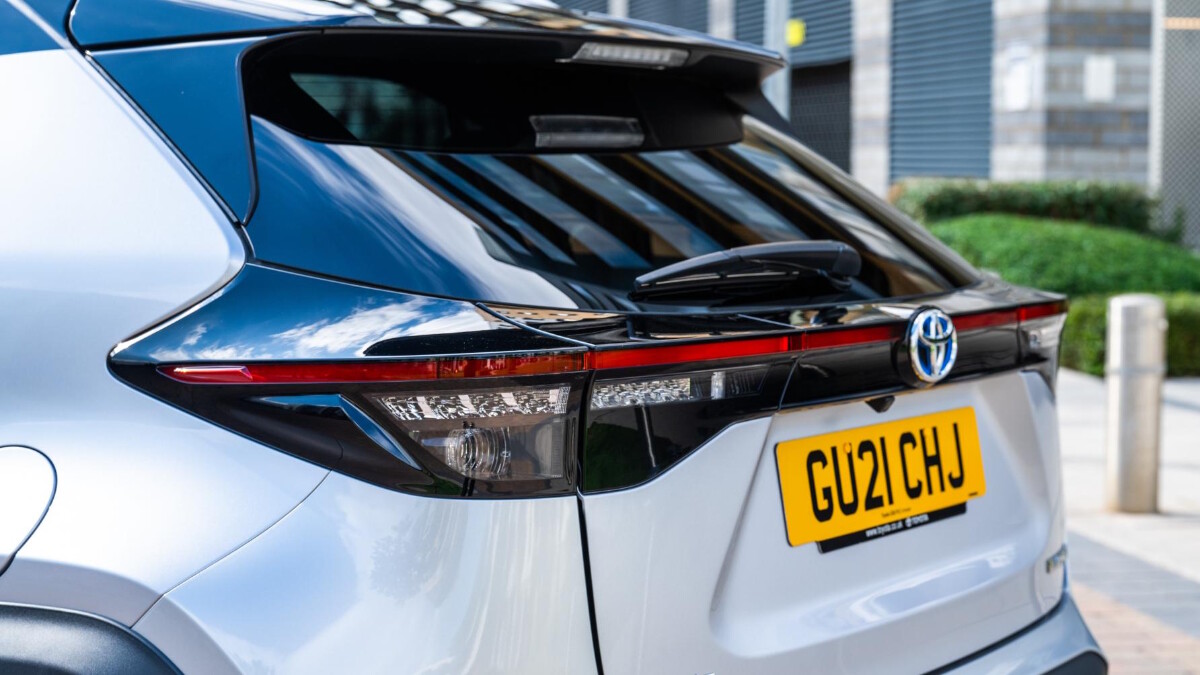 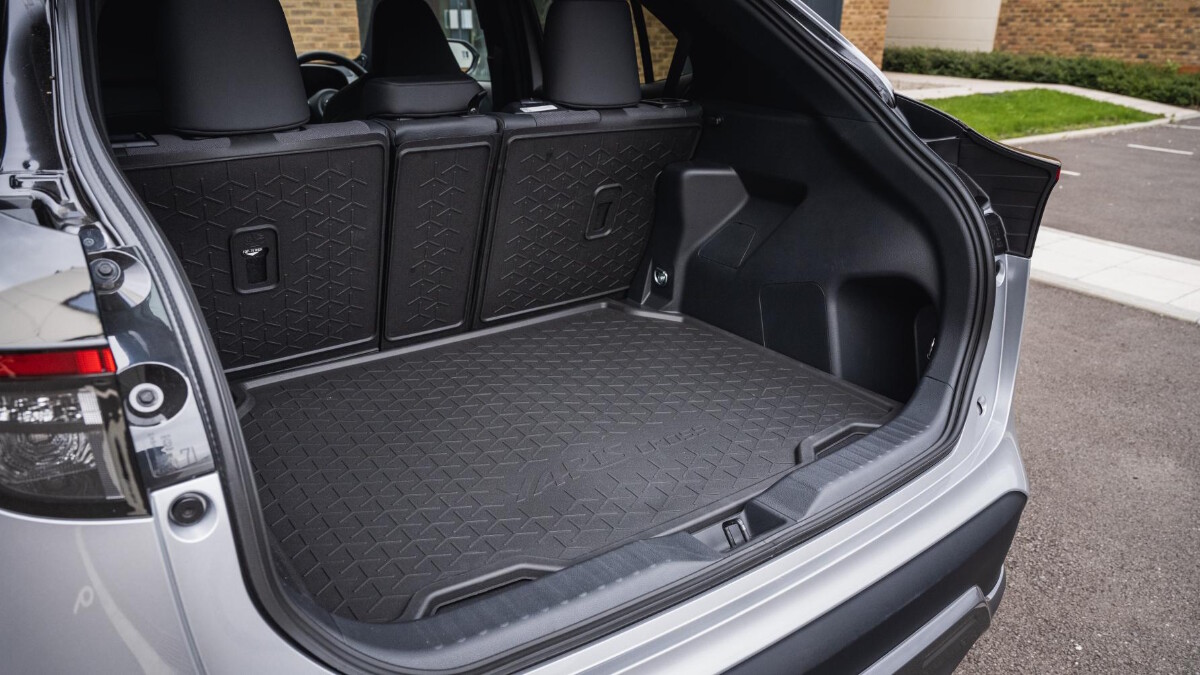 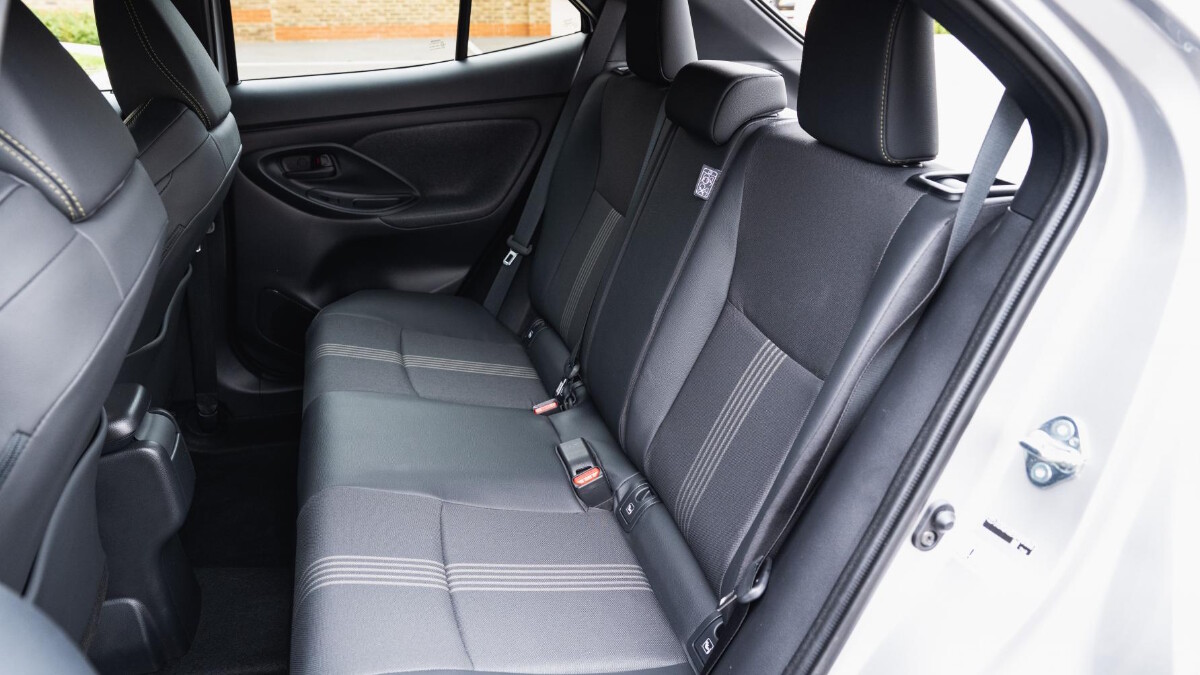 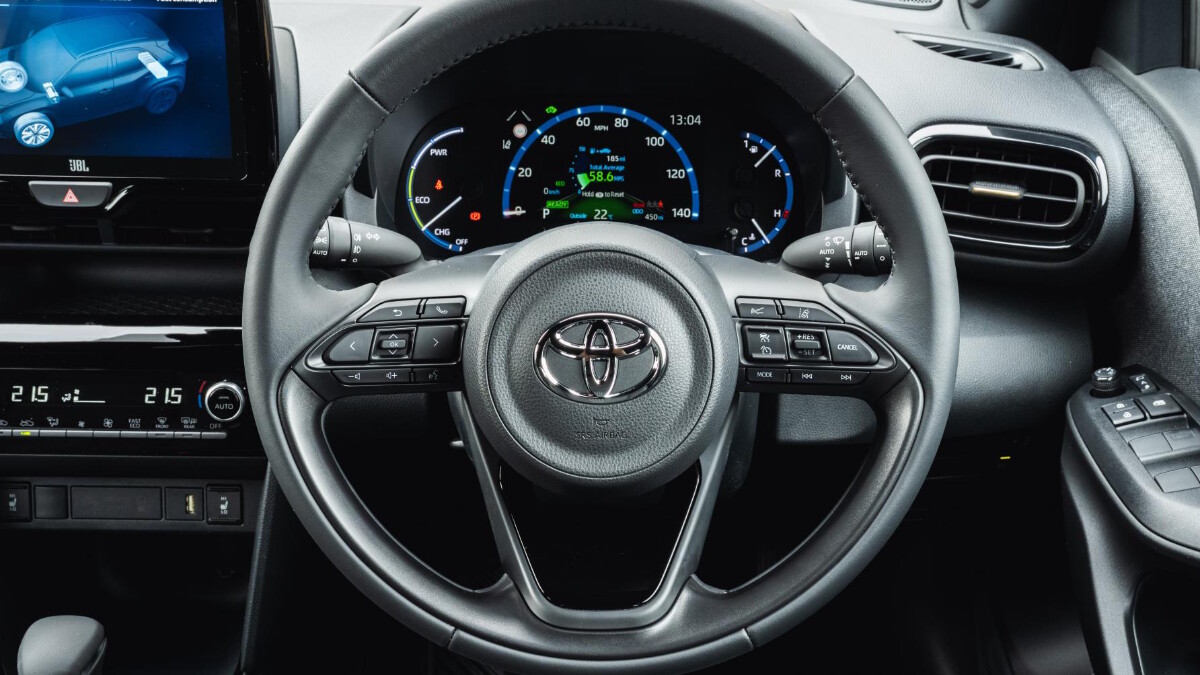 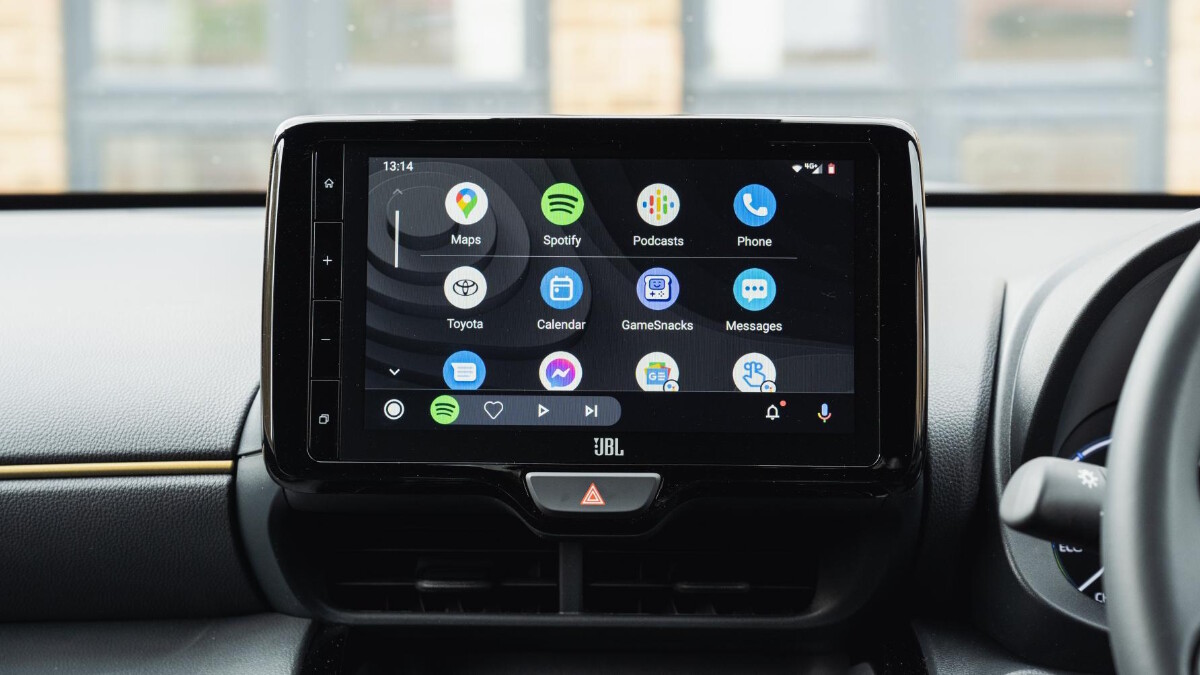 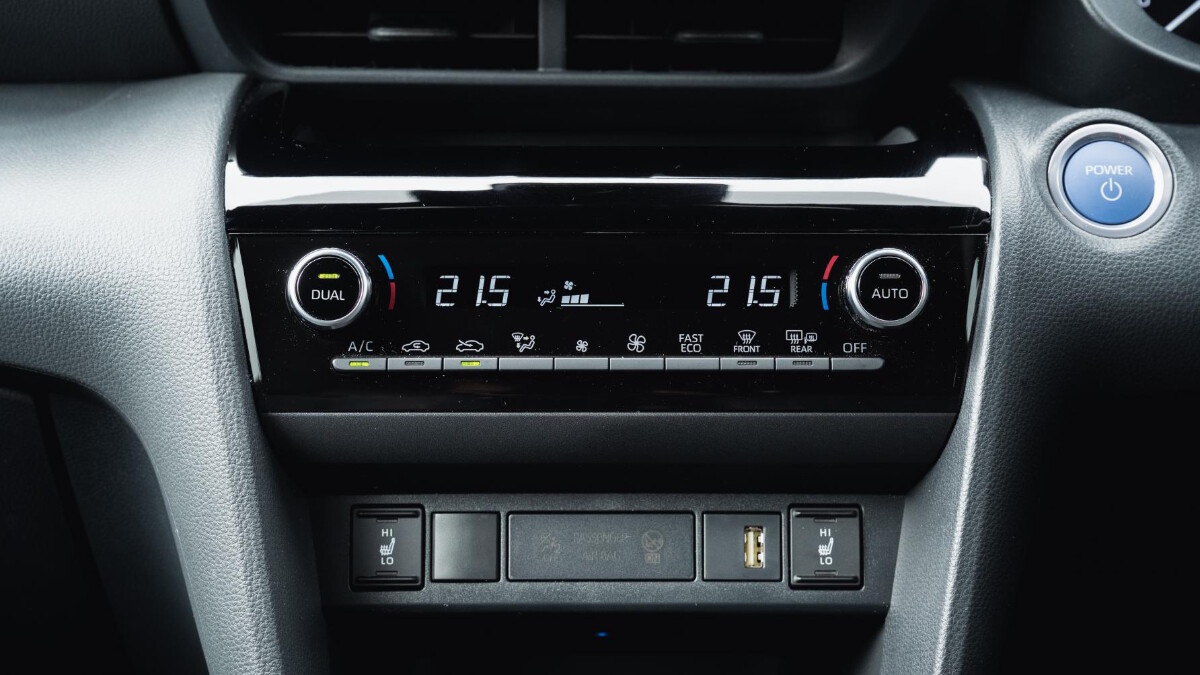 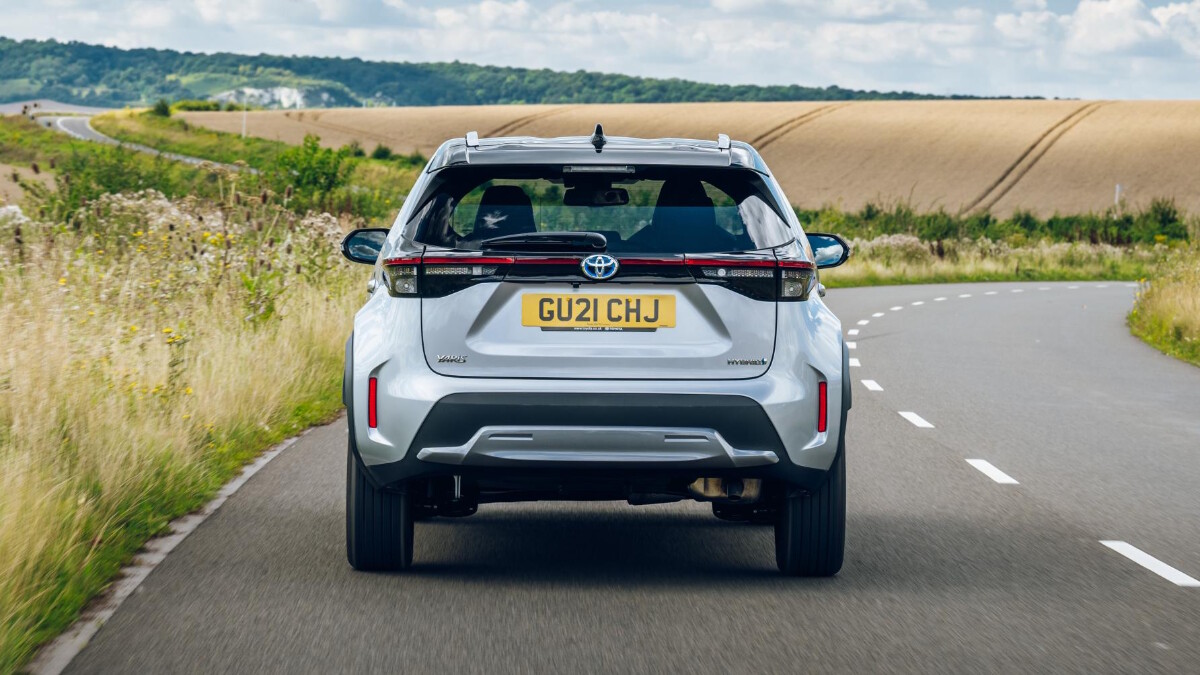 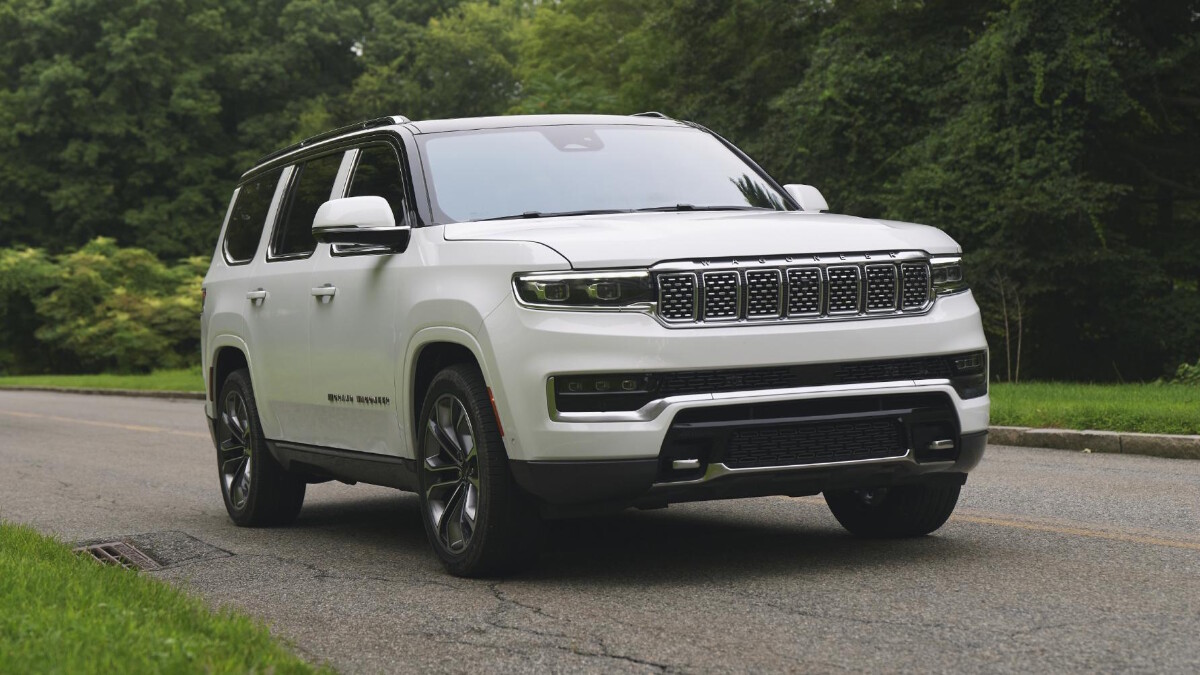 Review: 30 Years later, the Jeep Grand Wagoneer has pulled off a grand (re)entrance
View other articles about:
Read the Story →
This article originally appeared on Topgear.com. Minor edits have been made by the TopGear.com.ph editors.
Share:
Retake this Poll
Quiz Results
Share:
Take this Quiz Again
TGP Rating:
/20