8 Facts about the Ford Mustang Mach-E 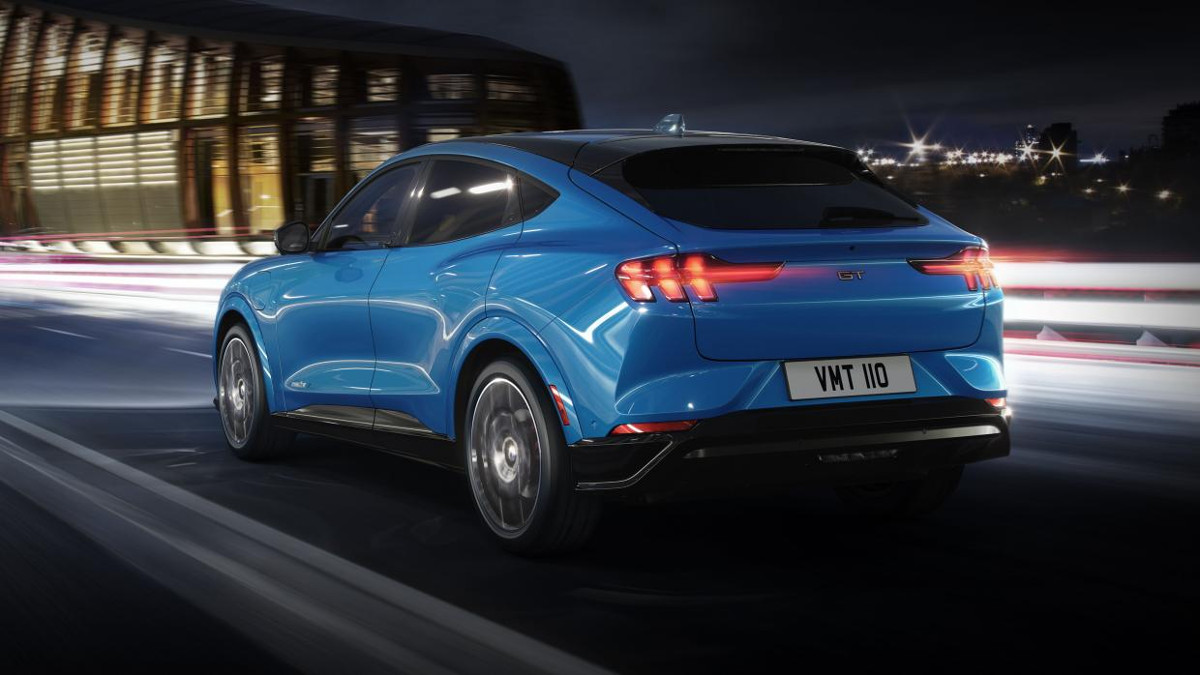 I went in the Ford Mustang Mach-E with the 99kWh battery pack and AWD. Its front motor shaves a second off the RWD car’s 0-100kph time, taking it to “less than 7sec.”

It feels quicker, with the usual instant EV all-drive step-off and immediate accelerator response. With no need to wait for turbo lag or downshifts like in combustion rivals, EV drivers always get more effective performance. It’s all very undramatic. Drama—good thing or bad? Discuss.

For the GT version, the engineers are aiming for 0-100 in the mid-4sec. Power? Both standard and long-range RWD cars are 258hp. The standard-range AWD is also 258hp, because the limiting factor isn’t the motors but the battery. The AWD long range I rode in is 337hp. The GT, with equal-size motors front and rear, will be 465hp. 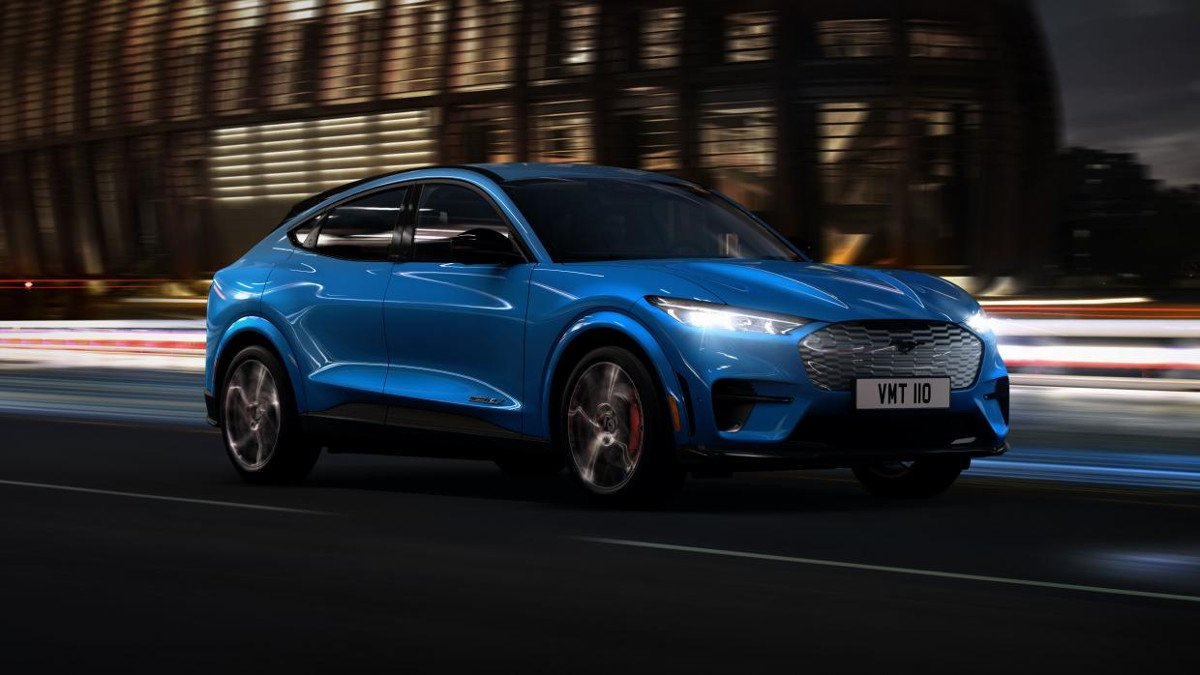 The line-lock burnout mode is one of the signatures of the gasoline Mustang, but it’s absent here. Traction is too good, and too well-controlled. So step-off is brisk, almost violent, but discreet.

That said, the engineers didn’t stop us speculating it might be something that could be added. Just for fun. The Mustang is ready for over-the-air updates. 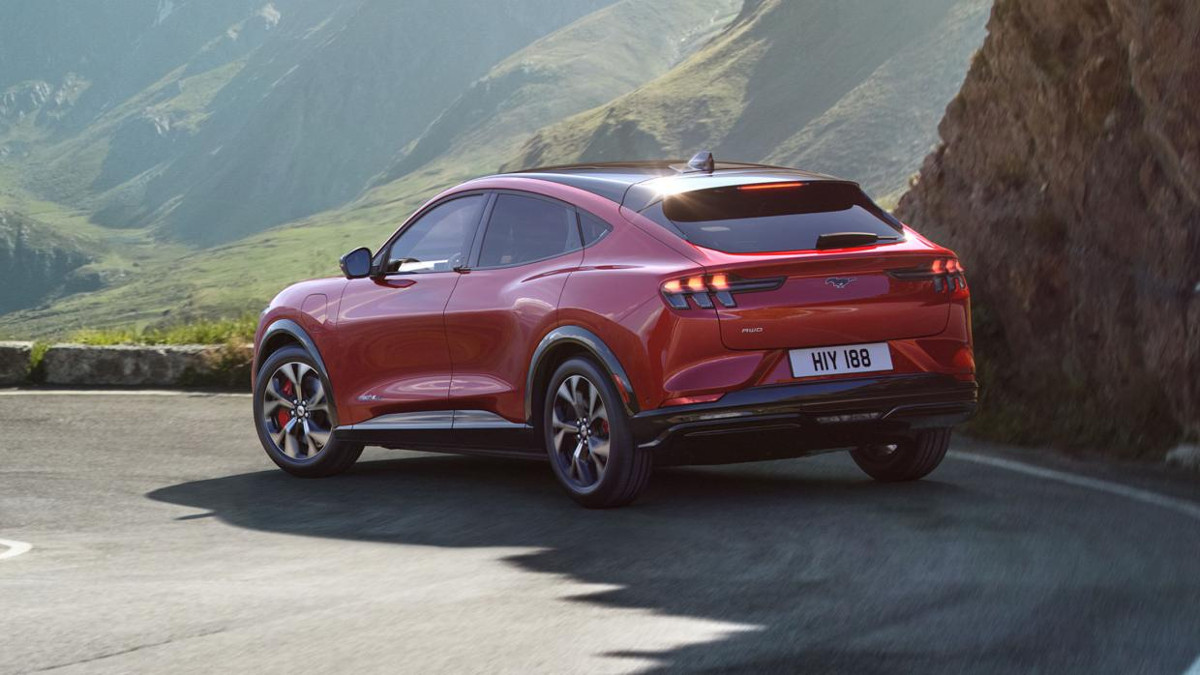 For a roomy, long-range fast EV, the weight is pretty trim. With AWD and the big battery, it’s 2,218kg; the smaller battery and RWD slips under two tons.

Through a test slalom, it goes hard and level, without much trace of messy body movement or tire squeal. It did seem to be tucking its nose in and tail out as the driver trimmed the accelerator for each successive cone. These are all good signs.

4) The modes alter the sound. 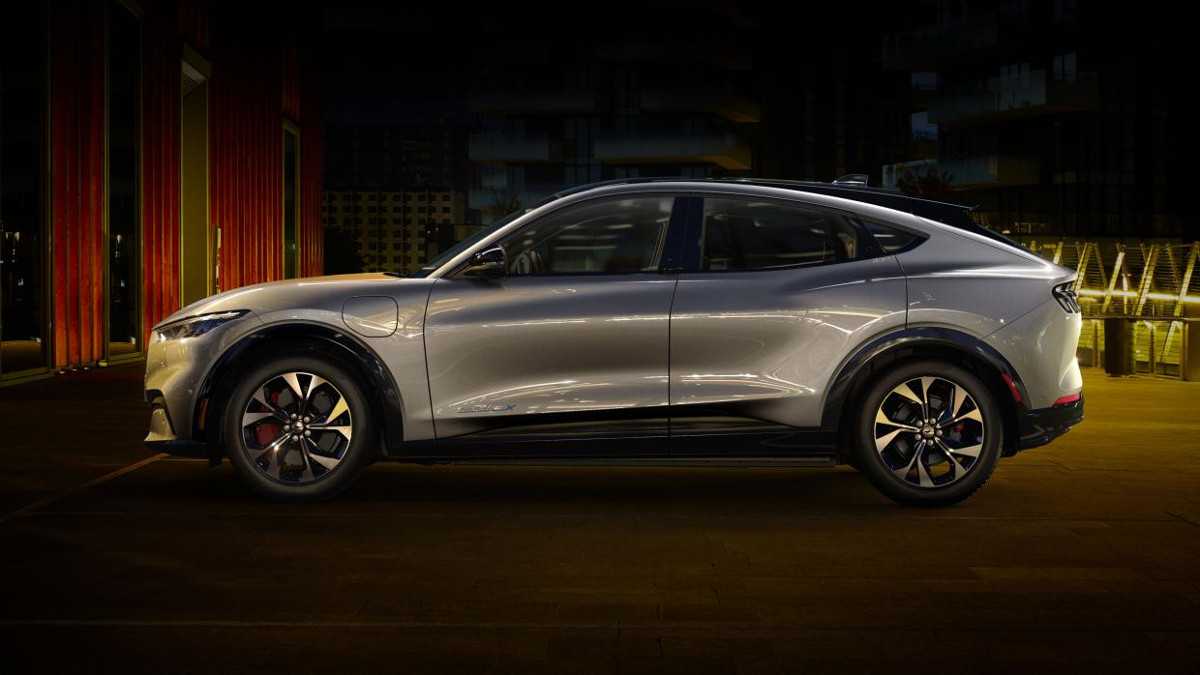 There are drive modes, of course: Whisper, Engage, and Unbridled, if you please. They alter accelerator response and regeneration, steering weight and the instrument graphics.

Also, the sound. There’s a synthesized backdrop in Unbridled mode. That sound swells as you dip into the accelerator travel, and rises in pitch with speed, but goes quiet at a cruise. It really does help connect you with the machine.

The noise was chosen from 30 sound profiles that Ford created and tried out on potential buyers worldwide. It resonates with a hint of V8 harmonic, without being cartoonish. 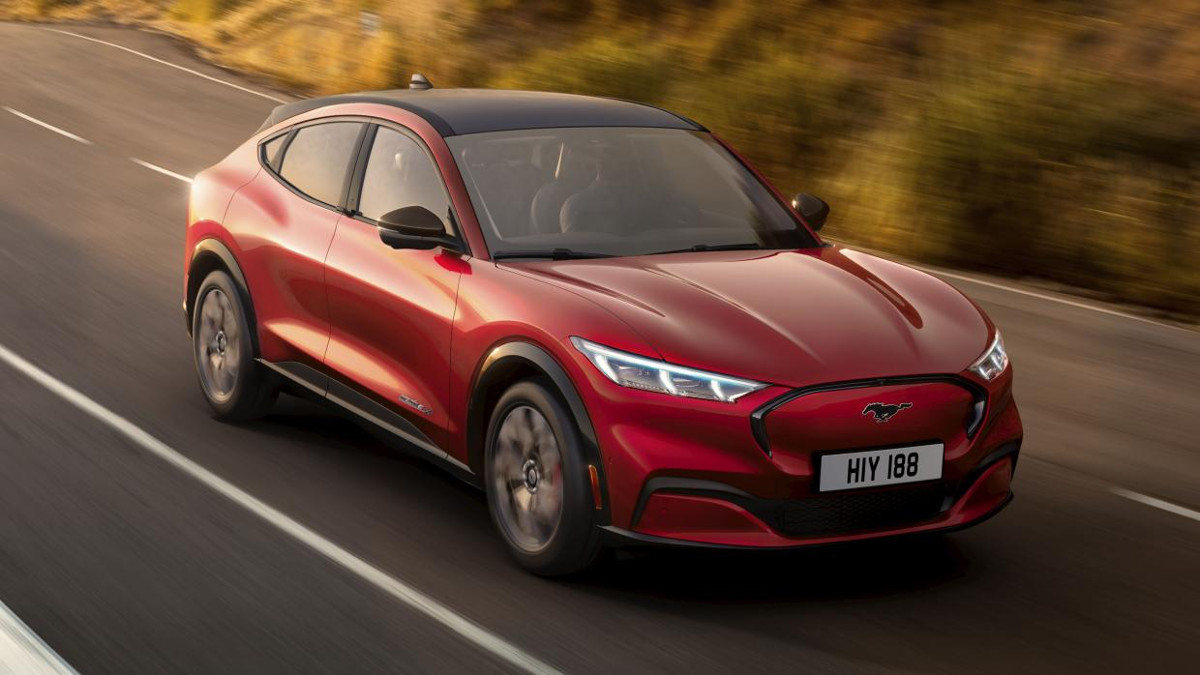 Over uneven surfaces, the whole structure felt strong and well locked together, with no shudders. We did a brief road loop in Los Angeles, as well as an airport runway for the acceleration and slalom runs.

The Mach-E isn’t floaty, but the chassis does suspend it across the sharpness of bumps and even a railway level crossing. 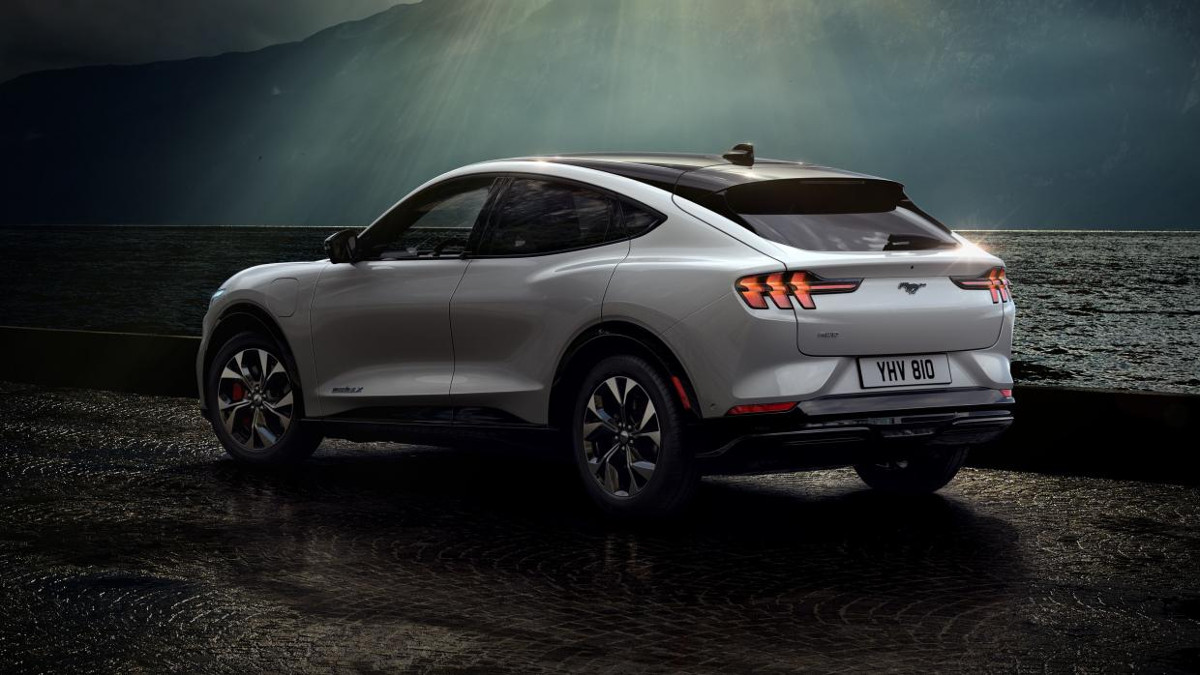 Teslas and Jaguar EVs have retracting door handles. It helps cut drag. The Mach-E has none at all. The key (or a phone, or a small numeric code-pad on the B-pillar) unlocks it.

To get in, you touch an optical sensor and the door is pushed open a couple of inches. Then just grab it anywhere along its edge, which turns out to be really convenient. Or on the front ones grab, the simple finger hook. 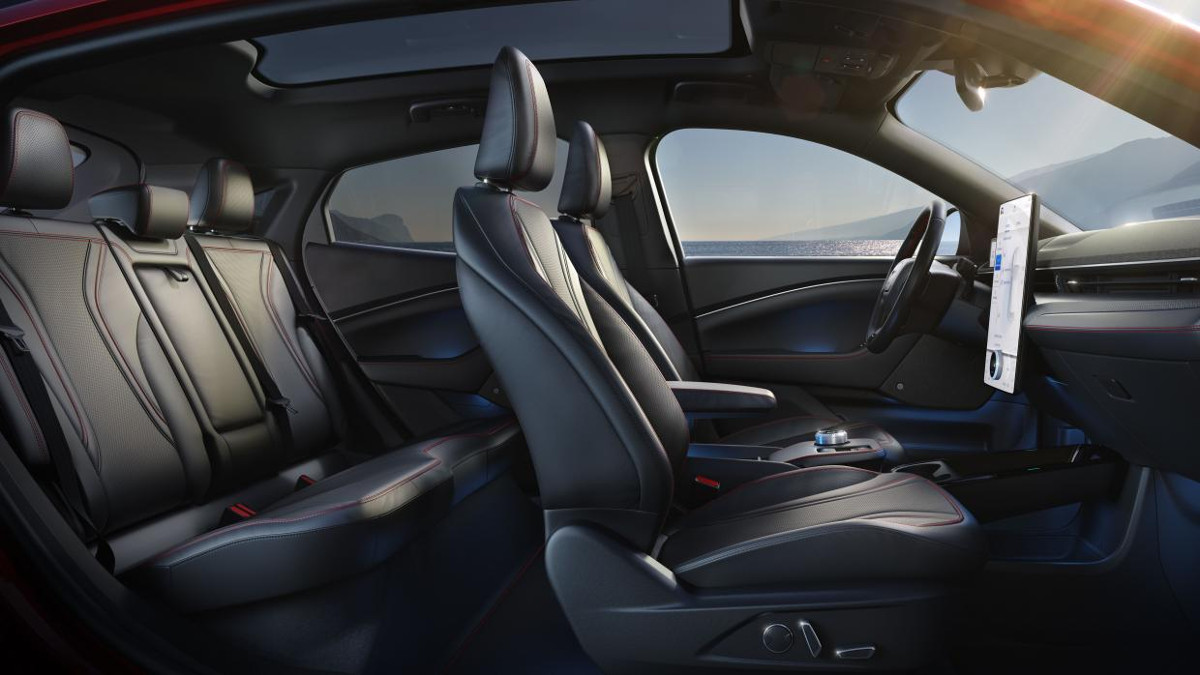 It’s airy in the front because the dash lies well ahead of you, and there’s no bulky central spine.

In the back, the apparently tapered styling still leaves headroom, because of the stepped roof. Legroom is fine, and you can get your feet under the front seats. It’s okay being the middle passenger because the floor is flat.

8) It wasn’t always a Mustang.

The genesis of the Mach-E is fascinating. Ford was originally working on a more rational electric car: an almost one-box MPV shape, with front-drive and less performance. It was aiming for good efficiency at low cost. That’s the green outline in this sketch.

But it gradually dawned on the designers that it wouldn’t stand out among a huge crop of new EVs coming on sale in the next few years.

The market was in flux. People were talking about new entries (including Faraday Future and Nio, both now pretty much defunct) eating the traditional car companies’ lunch. Tesla was promising, but not delivering, the Model 3. The Chevy Bolt, a car like the one Ford was planning, wasn’t selling that well. Even the might of the BMW brand hadn’t got the i3 selling big.

What did Ford have that was special? Performance, racing, heritage...the Mustang. They decided to blag some of the resonance from the company’s most precious icon. So, in double-quick time, they altered the proportions of their EV, moved the main motor to the back, upped the performance, and added the Mustang design cues. That’s the red outline.

But even so, it was an even later decision to remove the Ford badges on the outside and call it a Mustang, rather than just Ford Mach-E. Bill Ford himself took a while to be convinced, because though he’s a leader in sustainability, he’s also a massive Mustang-head. 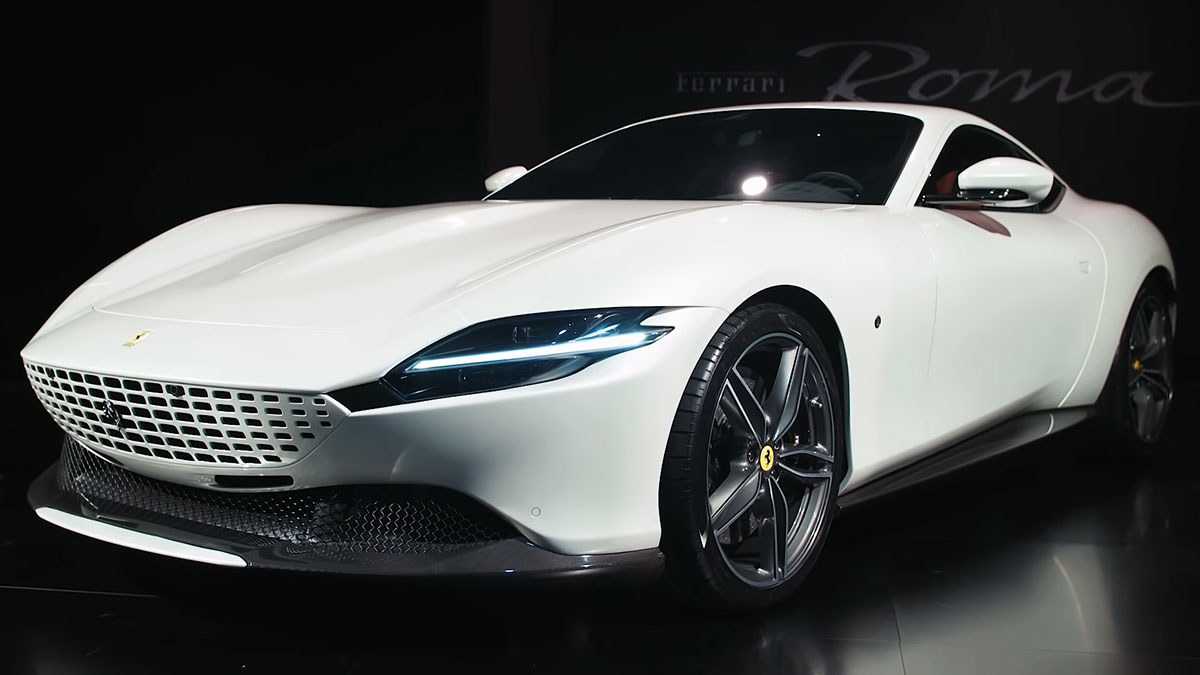 A closer look at the gorgeous Ferrari Roma
View other articles about:
Recommended Videos
Read the Story →
This article originally appeared on Topgear.com. Minor edits have been made by the TopGear.com.ph editors.
Share:
Retake this Poll
Quiz Results
Share:
Take this Quiz Again
TGP Rating:
/20