Last year, when we asked Alden Richards what cars he has in his garage, one of the rides he mentioned easily stood out above the rest: a Mercedes-AMG GT S. He said he had chosen between that or its predecessor, the SLS AMG coupe, which he described as his “dream sports car.”

At the time, no images of the Merc had been posted on his personal Instagram. But a couple of weeks back, someone sent us a photo of the actor and a car to ask what model he was posed in front of. Three letters: GT S. And in an interview with Summit Media editors last week, Richards confirmed that it was his unit.

“It’s a 2016 GT S,” he said, explaining he had offered it to be used in his current drama, The World Between Us, “for the transition of the character.” And he has since posted a photo of it on Instagram:

The front end shows a few modifications. You can just make out the vertical slats of a Panamericana grille against some dark mesh, while the lower grille is fashioned after that of the higher-spec GT R. The hood emblem has been removed, too.

We weren’t able to ask if he had any modifications done to the engine, though. When it debuted in 2014, the GT S was the top dog of the Mercedes-AMG GT range (although there were only two variants at the time). It also served as the Formula 1 safety car from 2015 to 2017. The 4.0-liter bi-turbo V8 under the hood initially produced 503hp and 650Nm, but subsequent updates bumped power and torque up to 515hp and 670Nm, respectively, and brought in features like the aforementioned Panamericana grille. The GT S was eventually supplanted in the hierarchy by the GT R and the GT C, before being dropped from the lineup.

Asked if he has plans to add to his current collection, which also includes two-wheelers, Richards responded that it’s not a priority at the moment: “Now that I’m into studying finance and financial literacy, I take cars as a liability na lang eh...actually, nagbabawas ako ng sasakyan ngayon para mas may magawa pa tayo dun sa money that’s in the car, kesa stagnant lang siya.

“Kasi nga, what’s the point of having a lot of cars na hindi mo naman masasakyan nang sabay-sabay? So I tend to really cut down on cars lately so I can have cash, para pwede pa natin siya mapaikot.”

But he remains a car guy at heart, thanks to his father’s influence. “When I was young, nung wala pa kaming pambili ng sasakyan, he would always be so interested to discuss with me different kinds of cars and kung anong gusto niyang maging sasakyan,” he said. “Yun yung nadala ko growing up.”

“Driving is my therapy,” he added. “Whenever I have long days at shoot, I see to it that when I go home to Laguna, I’m the one who’s driving.” 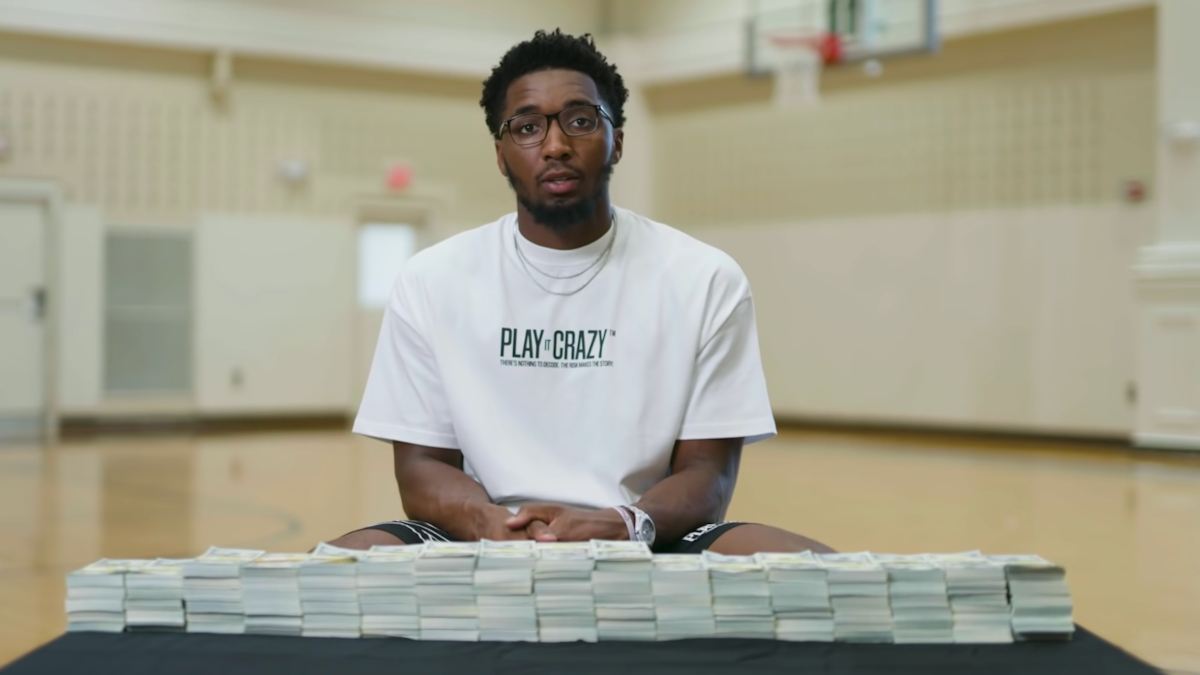 Donovan Mitchell bought a Porsche, a Jeep, and an Audi with his first $1 million from the NBA
View other articles about:
Read the Story →
This article originally appeared on Topgear.com. Minor edits have been made by the TopGear.com.ph editors.
Share:
Retake this Poll
Quiz Results
Share:
Take this Quiz Again
TGP Rating:
/20