We revisit the iconic four-wheel-drive road car to see how it’s aged
by Stephen Dobie | Mar 28, 2020 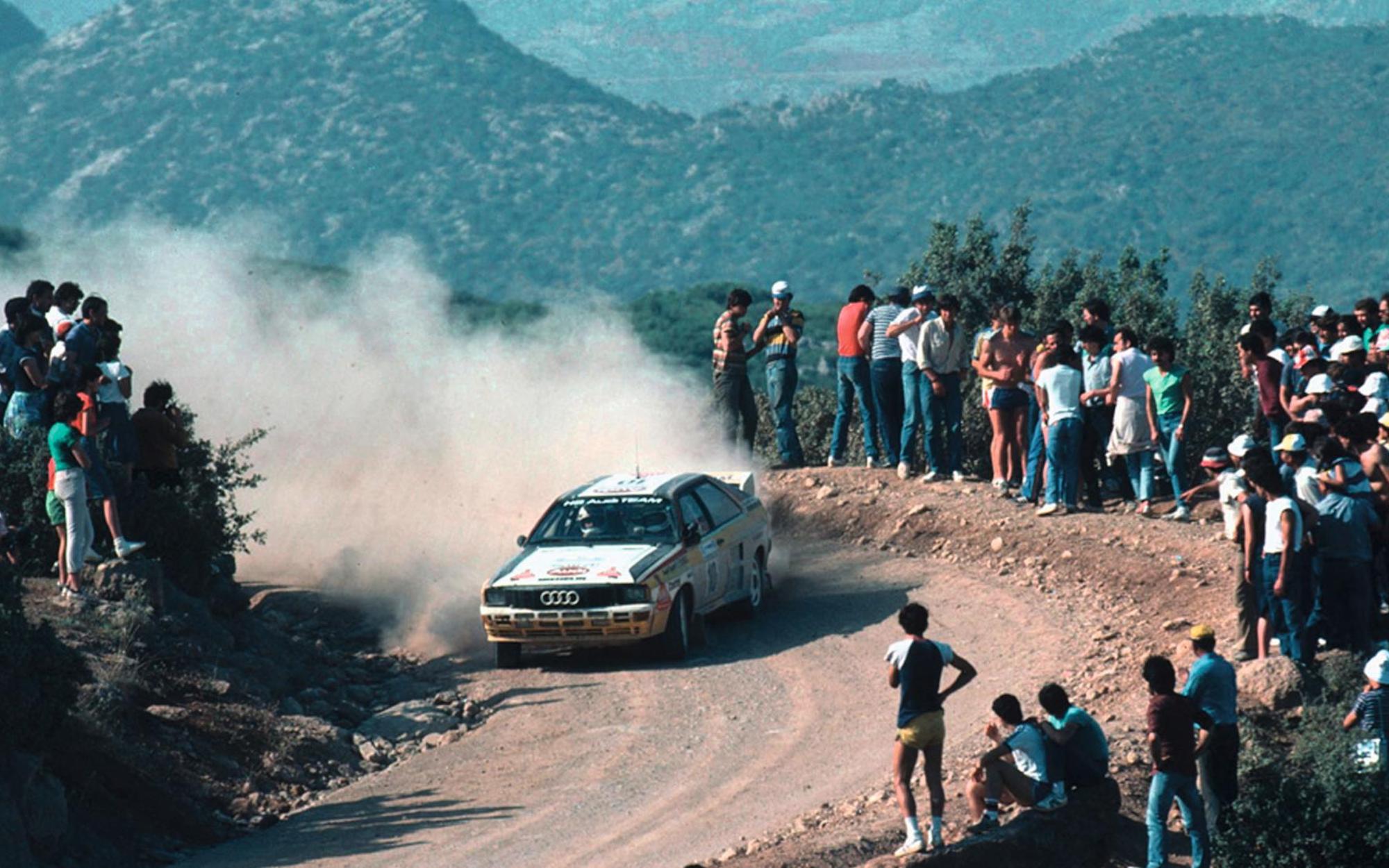 “This is the blueprint of the quick Audi, and of the usable performance car”

Fast Audis have an odd reputation these days. For all the hits—R8, RS6, that lovely mid-’80s RS4—there are twice as many misses. Against sharper German rivals, RS products often feel a bit aloof.

Perhaps we should all be forced to drive one of these alongside every new RS. Because the Audi Quattro feels no more extreme. Which is enough, given its superlative stance and glorious motorsport past, to make my tummy sink. I’ve longed to drive one of these and the fact that it’s not a scary, histrionic homologation special like some of its contemporaries feels something of a letdown.

But, speak to anyone with vivid memories of this car’s launch—at the 1980 Geneva International Motor Show—and it’s quickly apparent I’ve nestled into its heroically retro upholstery with the wrong expectations. My head is full of yellow-and-white rally cars throwing up rooster tails of snow. The reality, in road-car trim at least, is very different.

This is the beginning of the usable performance car. The one you hop in regardless of weather or road condition, and drive with nary a concern for how either might deteriorate. If you’re anything like me, you grew up with the market awash with cars of this ilk—chiefly Japanese rally reps—and now see quick 4WD stuff as a staple of the car market. All those cheap-lease Golf Rs owe their existence to the subdued gray car before you now, though, and it only takes a shallow dip into history to realize just how brave and revolutionary this idea was.

Before the Quattro, 4WD meant going off-road. The idea of bringing it on the road—specifically with quick, gritted-teeth driving in mind—must have seemed like madness when regular Ford Escorts were still doggedly RWD. A point proven by the Quattro’s late ’70s development mule, which was a humble Audi 80 sedan with the transmission of a VW Iltis military special shoved in. As an object, it was crude, but a tenacious performance on snow convinced the money men to sign the necessary checks.

The end product was different, of course. When the Quattro appeared in March 1980, it used center and rear differentials, locked via cables attached to a pair of pulleys sat discreetly between driver and passenger. For those of us accustomed to Sport buttons and Drive Select dials, they look downright hilarious today. And were it not for the unseasonably warm, dry tarmac ahead of us, I’m not sure I’d be able to resist experimenting with them.

The Quattro lived for 11 years, its mechanical specification evolving throughout, though always comprising a five-cylinder turbocharged engine, 4WD, and a manual gearbox. Yep, this car revolutionized the use of turbos, too. By 1991, the engine had 20 valves, the dashboard was digital, and there was a new-fangled Torsen differential beneath it all.

But the car we have here is one of the originals, registered in 1981: 10 valves, analog dials, and a more archaic setup that doesn’t even include ABS (which, incidentally, arrived in Quattros a few years after launch...and could initially be turned on and off with a button on the dash). Chrome-trimmed quad headlights and orange indicators ensure it looks a world apart from latter versions, and I’d argue better for it, while those gorgeous arches were necessitated by wider tracks.

Its 2.1-liter engine produces a now modest 197hp and 284Nm. Fiesta ST figures, but it only has Fiesta ST weight to shift, so it’s brisker than you might hope. Comfier, too. There’s seating for five (ish) and a heated seat (singular). On the highway, it’ll cruise below 3,000rpm, and it shrugs off wind and road noise better than many modern cars can.

I’ve started with boring stuff because it contextualizes what’s to come. The Quattro doesn’t trip over itself on bad roads and exhibits supremely evenly proportioned grip, feeling barely fallible no matter how much ham-fistedness you inflict upon it.

While that engine sits ahead of the front axle, the Quattro doesn’t plow into corners like over-reactionary road testers would have you believe, and nor does it fall into oversteer if you’re foolish. It must have felt utterly transformative 40 years ago to drive a car so trustworthy, whatever the weather. And the way its dynamics have resisted age is astonishing.

There’s no need to treat it any more delicately than a current RS. It does appreciate tact: Braking smoothly, blipping downshifts, and not rushing gear changes feels the correct and proper thing to do. But you aren’t skating around on crap tires feeling your way around archaic levels of traction. This is an incredibly professional machine, one almost too ruthless in its approach if you relish stolen moments of mischief.

The Quattro was nothing short of a sensation in rallying, with a pair of drivers’ and constructors’ championship wins on its CV. The latter of each came in 1984 with Stig Blomqvist at the wheel.

“It was difficult to believe the difference between two- and four-wheel drive,” he tells me. “I remember the first time in Ingolstadt when I took a test run in the car on some dirt roads. It was incredible. But it wasn’t difficult to adapt, because I came from FWD cars and the approach was similar. Just with a lot more traction!”

He’s most complimentary about the Quattro’s reliability, though: “People say it was expensive, but if you looked across the whole season, it wasn’t. We were quite a new, young team and the guys were really into it, they were excited to work on the car. The only small problem we had was to get the engine mapping right for different altitudes.”

Naturally, Blomqvist got a road car to use, too, which he kept in Sweden. “After that, I didn’t want to have a 2WD car anymore. I eventually gave it back, but a friend of mine bought it later. I’m trying to buy it back now, but not with any success yet. Somehow, I will try to convince him.”

The more time I spend getting under the Quattro’s skin, the more I’m rooting for Blomqvist to reacquaint himself. For all the tenacity beneath, there’s actually plenty of room for the driver to get involved. Having a stubby little stick in the middle of the interior certainly helps. Its five gears are long, so get lazy with your changes and you’ll drop below 2,500rpm and into the small well of turbo lag.

There’s no flattering paddle shifter to save your blushes here, but that just keeps you alert where an RS3 or 4 might convince you to nudge across to D and zone out. Flick- flacking through hedge-lined bends at night, the ’80s-strength high beam attempting to punch through the darkness as you keep those revs high and the spine-tingling five-cylinder sound slicing through the silence, it’s impossible not to imagine you’re on your own special stage.

What we ultimately have is a car that brings uncanny levels of performance to the everyday, but needs a bit of cajoling into having fun. There’s more in common between this Quattro and a modern RS than I’d dared imagine. This is the blueprint of the quick Audi, and of the usable performance car, full stop. It may be 40 years old, but if you can see past the set-square styling, peculiar diff pulleys, and scant airbag count, it could (almost) have credibly launched at Geneva 2020, global virus notwithstanding... 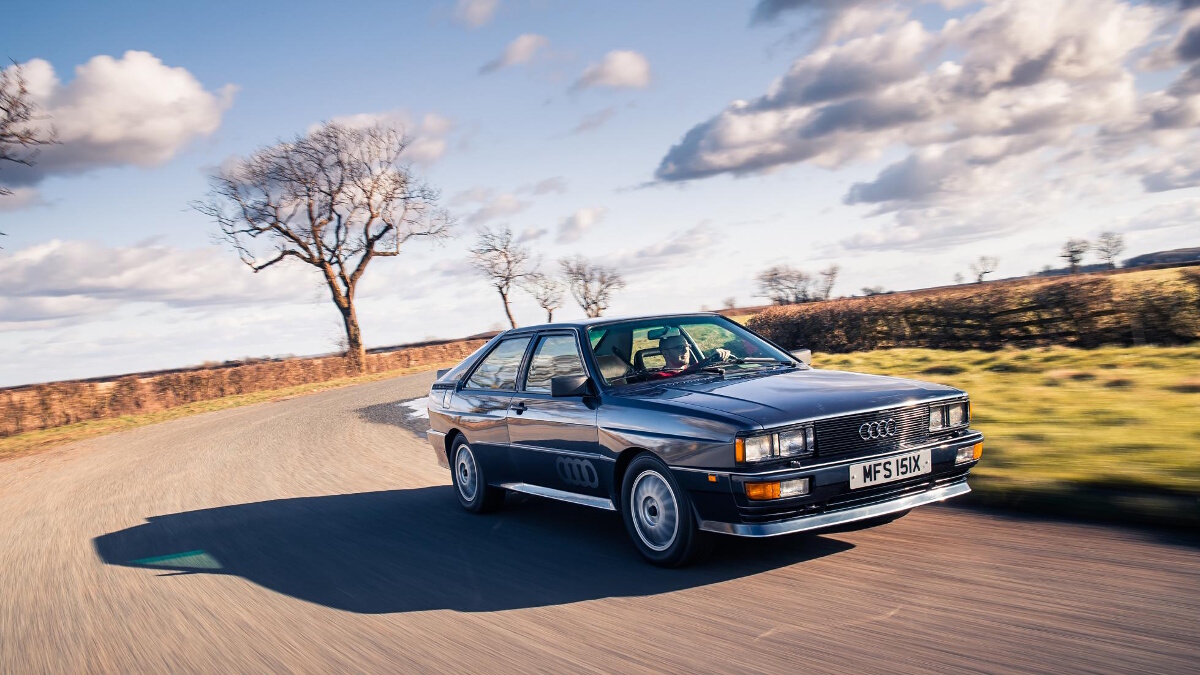 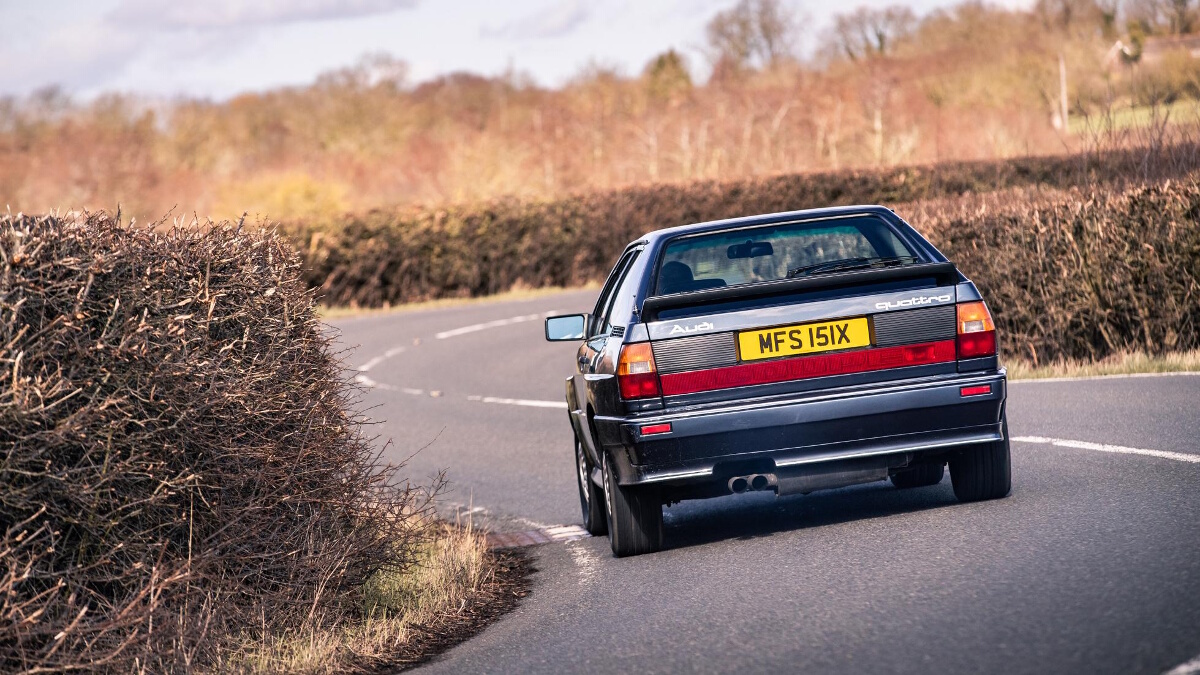 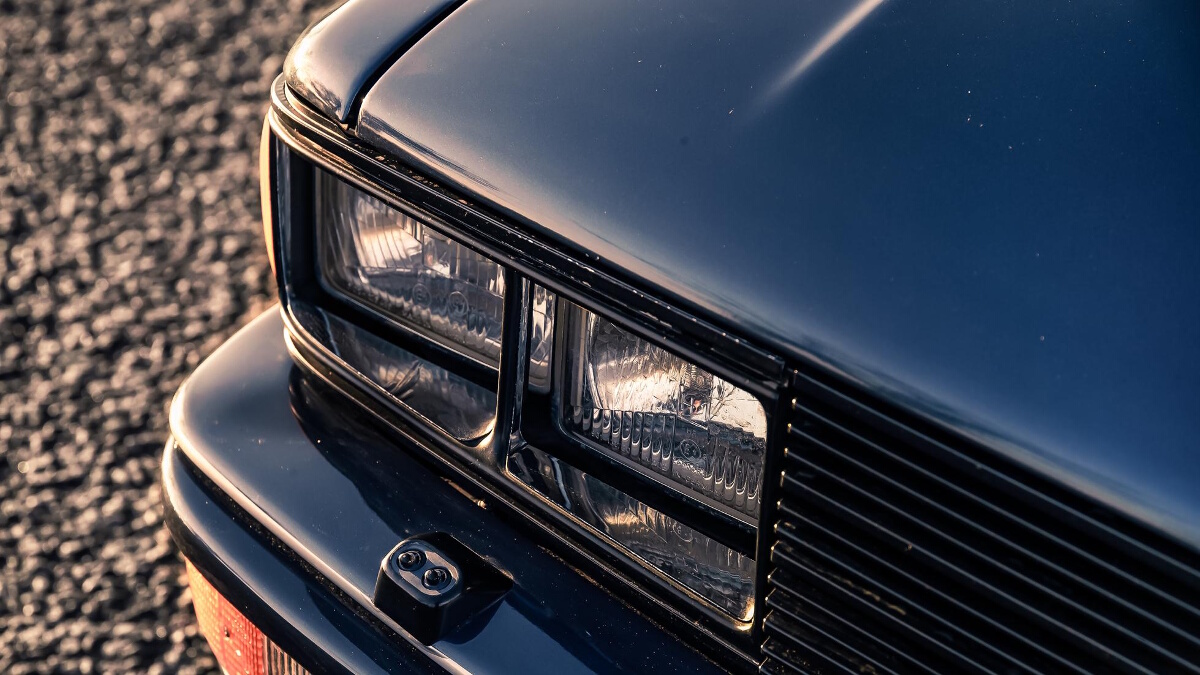 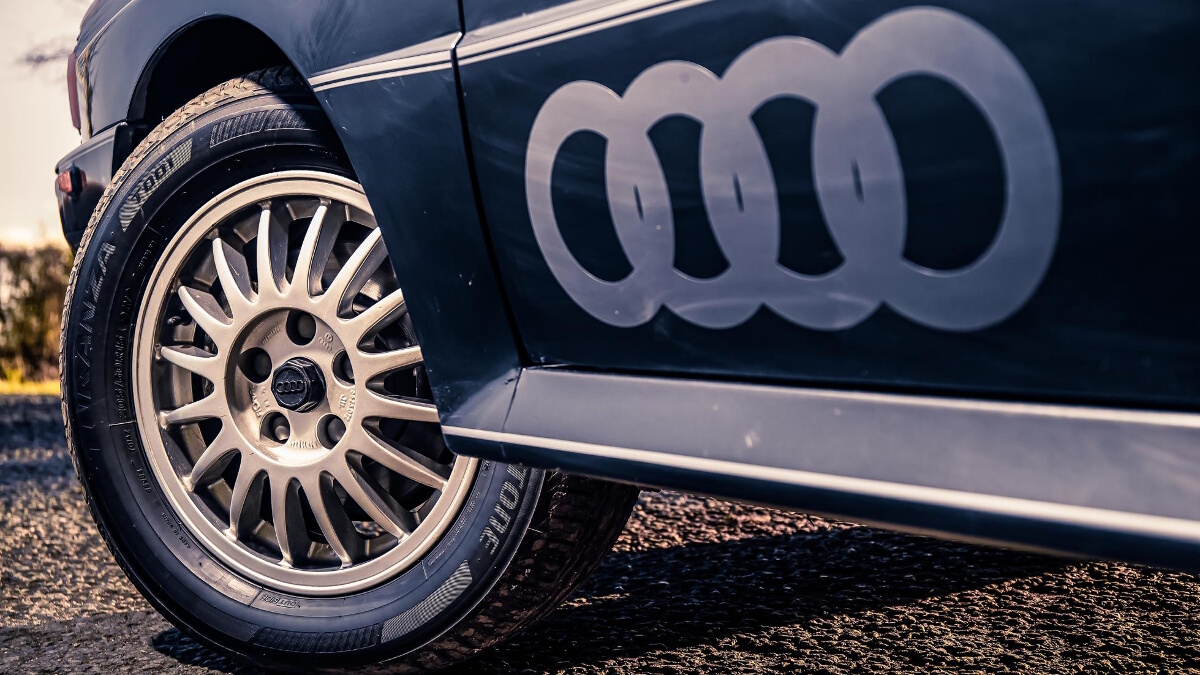 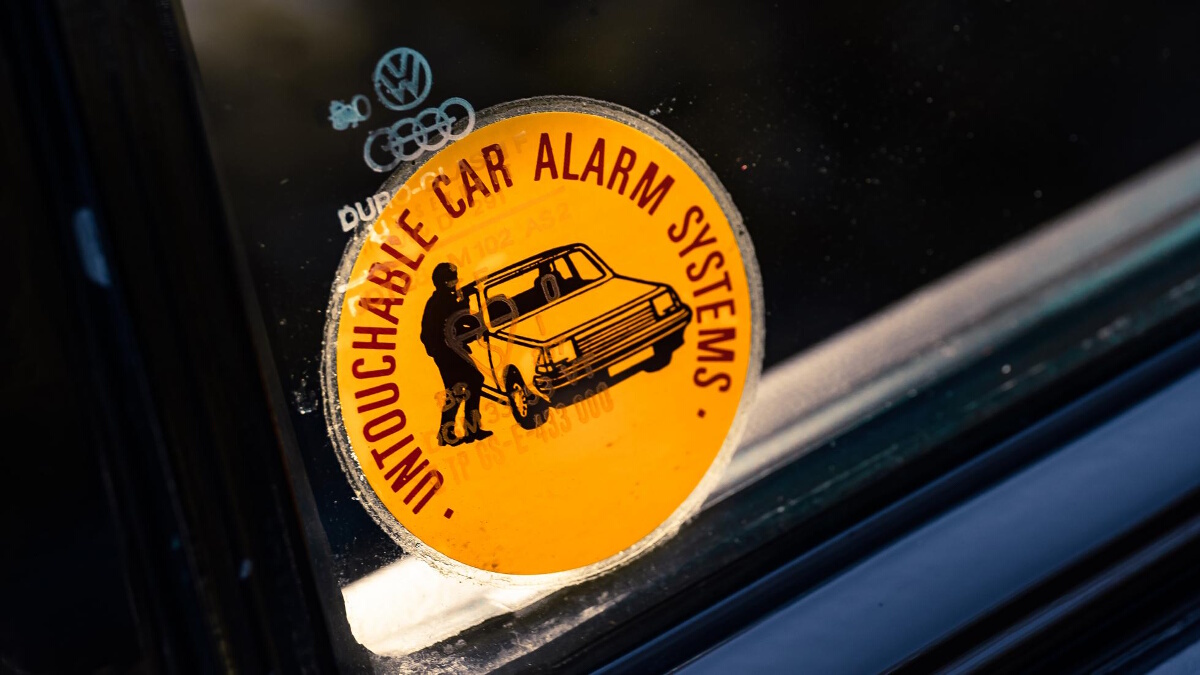 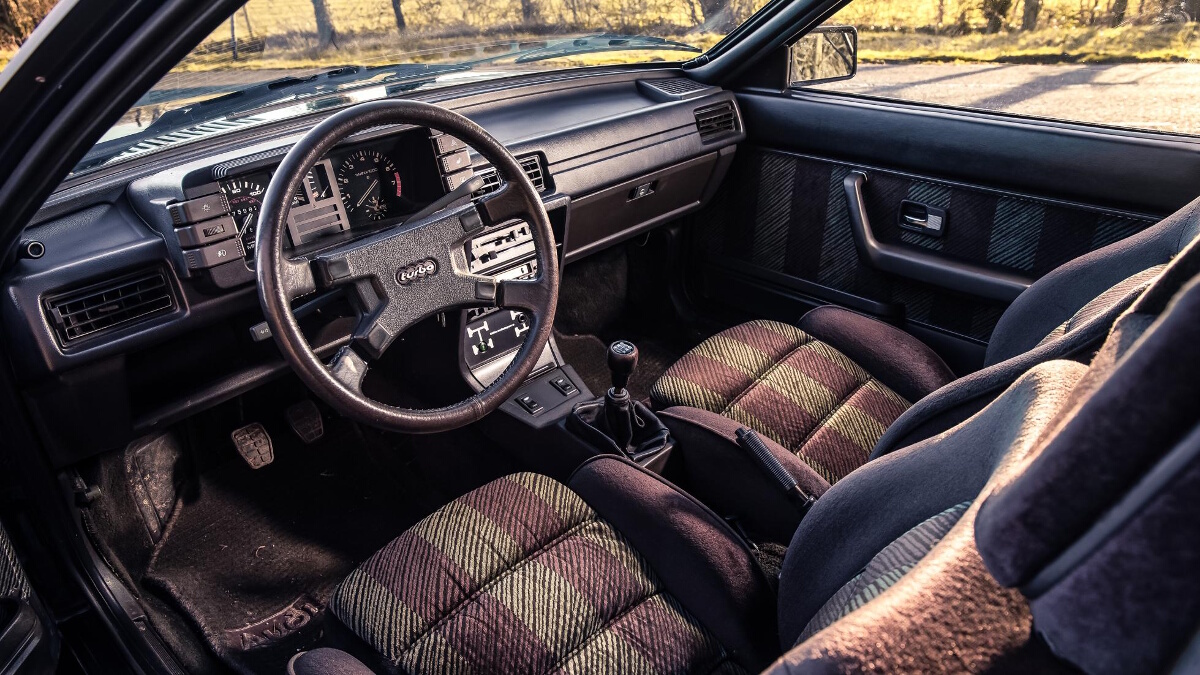 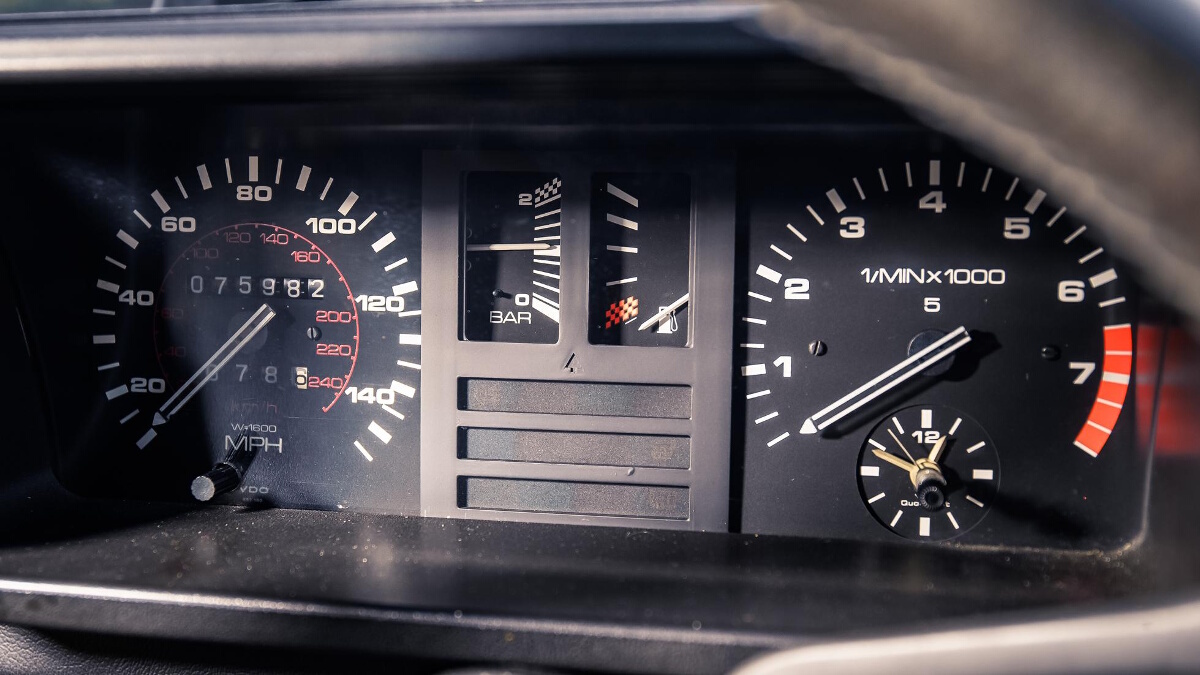 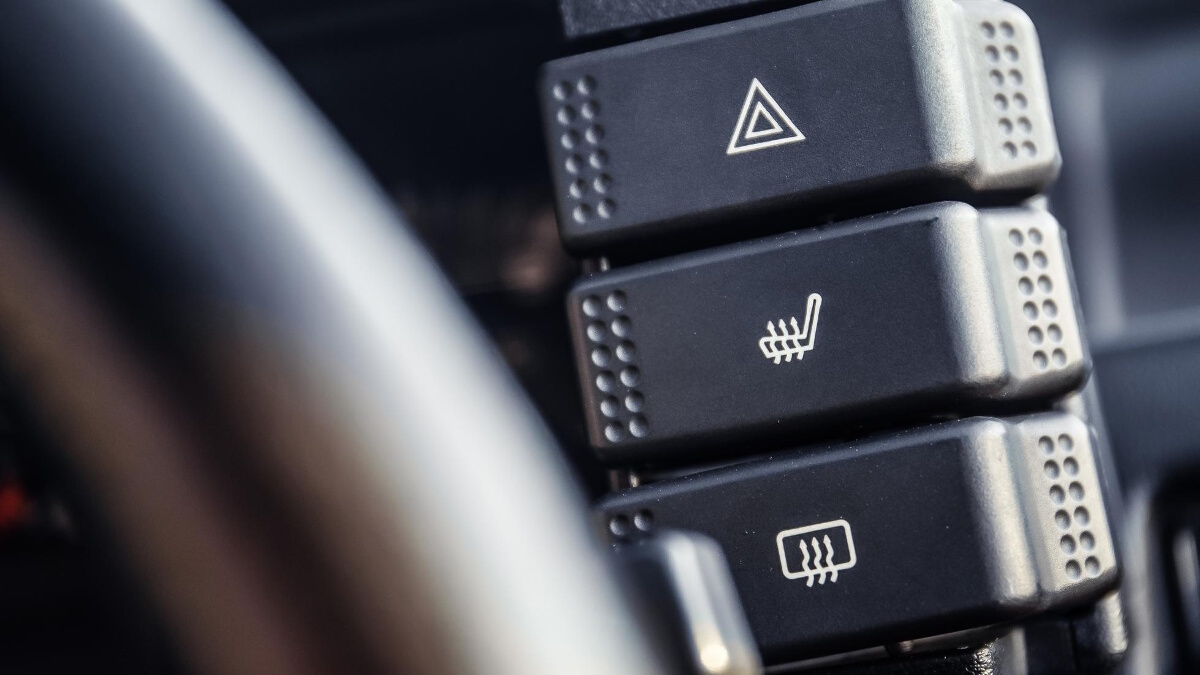 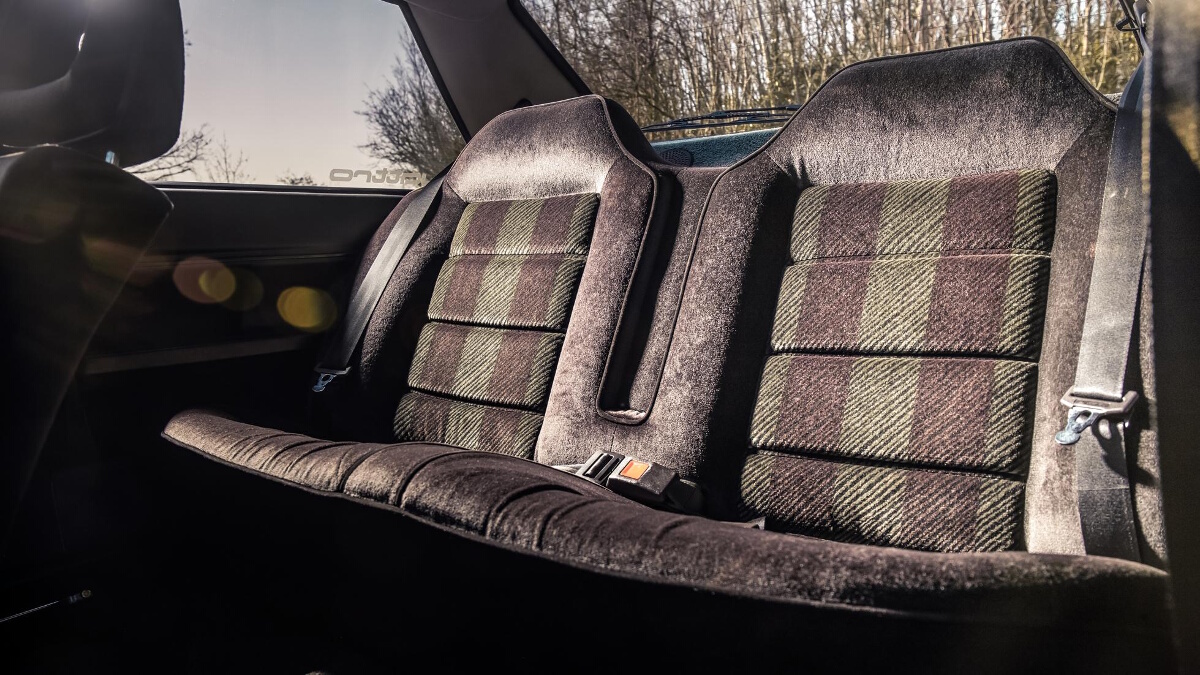 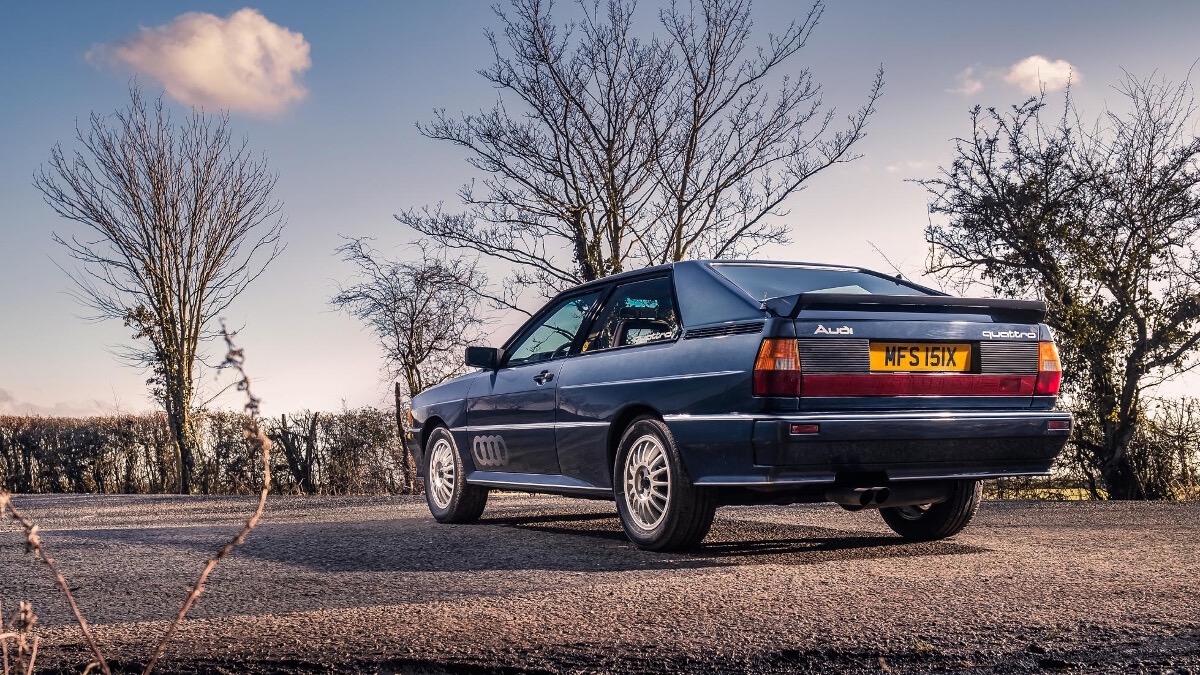 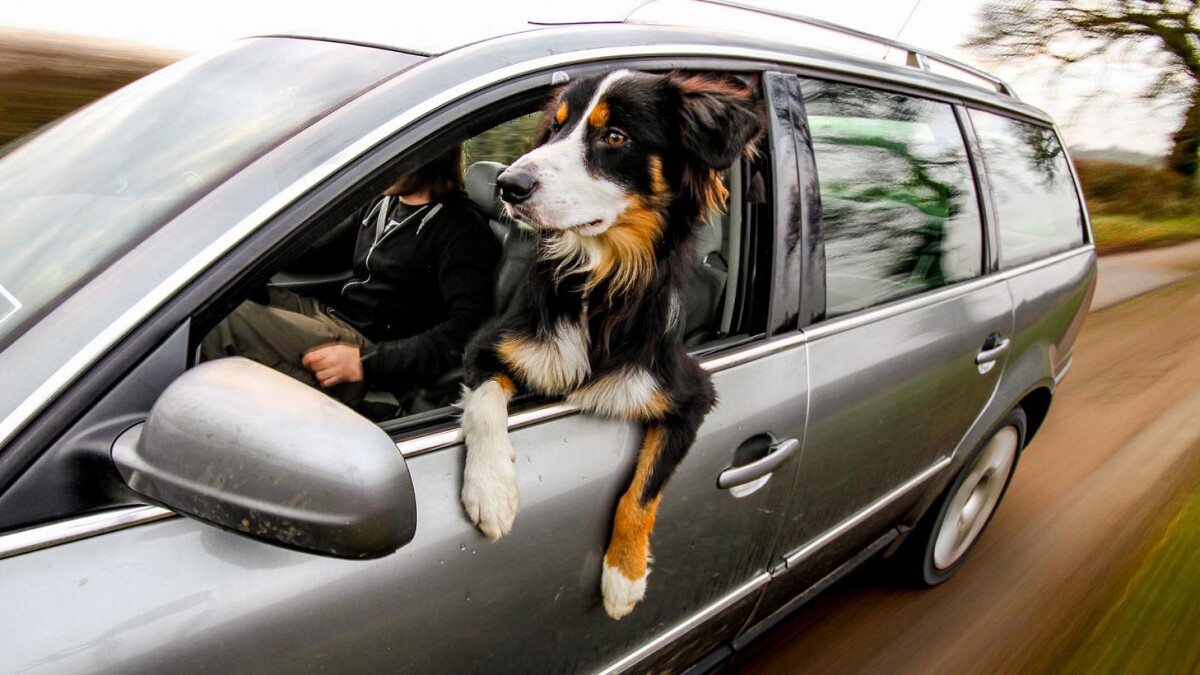 Gallery: Let these adorable dogs in cars lighten your mood
View other articles about:
Recommended Videos
Read the Story →
This article originally appeared on Topgear.com. Minor edits have been made by the TopGear.com.ph editors.
Share:
Retake this Poll
Quiz Results
Share:
Take this Quiz Again
TGP Rating:
/20