On his birthday, we remember Ayrton Senna’s 10 defining moments

The Brazilian legend tragically passed away following an accident at the San Marino GP in 1994, his legacy cut cruelly short. Perhaps the most charismatic, complicated, absurdly talented driver ever to grace F1, Senna died far too young.

But what memories. Dazzling pole-to-checkered-flag victories, storming drives in catastrophic weather conditions, that duel with Alain Prost and the rivalry that shaped both men’s lives. Senna’s racing career was the ultimate Hollywood story (and indeed, has been turned into one of the best documentaries of all time).

Here, we’ve picked out the 10 defining moments of an incredible life. Here’s to Ayrton Senna. 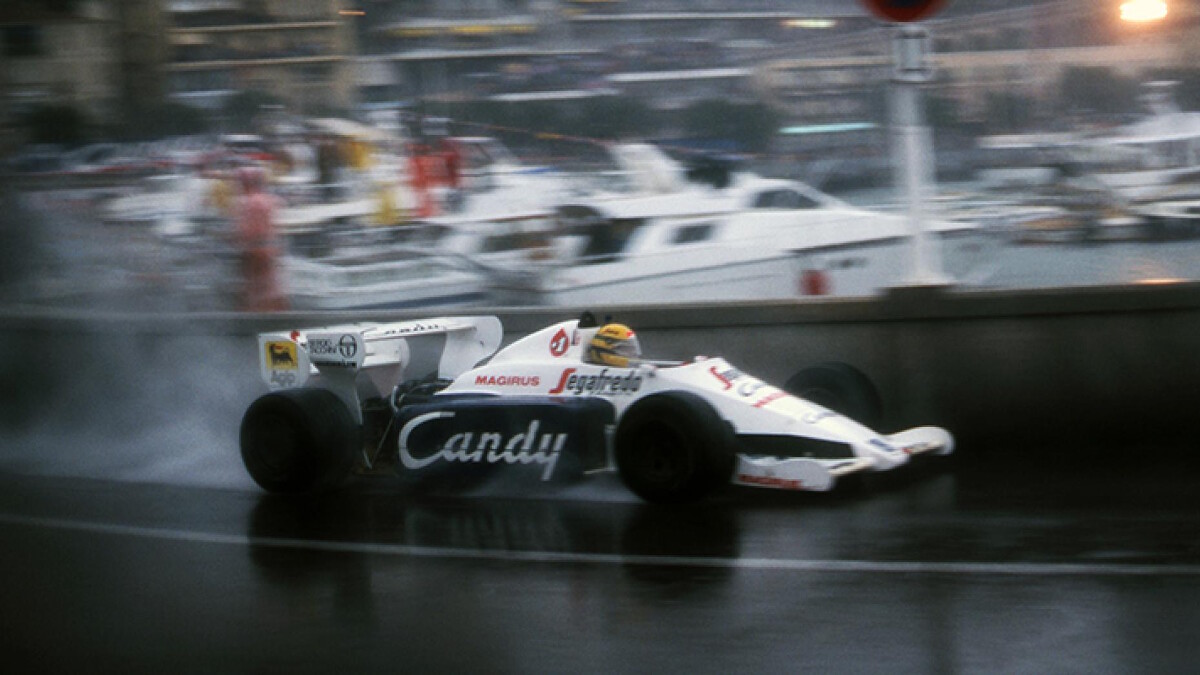 Very few of F1’s greats tug around at the back of the field for season after season before finally getting a break. Perhaps they score big in a mediocre car, or defy the weather gods in eye-popping style. Both, in Senna’s case. He’d tested for Williams at Donington, McLaren at Silverstone, and Brabham at Brands during 1983, but chose minnow Toleman because he figured he’d get the acclaim if he aced a race, and could blame the car if he didn’t.

In only his sixth grand prix, in Monaco, the rookie Senna qualified 13th, then set about making the rest look silly as the heavens opened on Monte Carlo. Senna’s reputation for finding grip where there seemingly was none was forged on this day in May 1984. He was reeling in future nemesis and race leader Alain Prost by three seconds per lap when it was red-flagged. Job done. 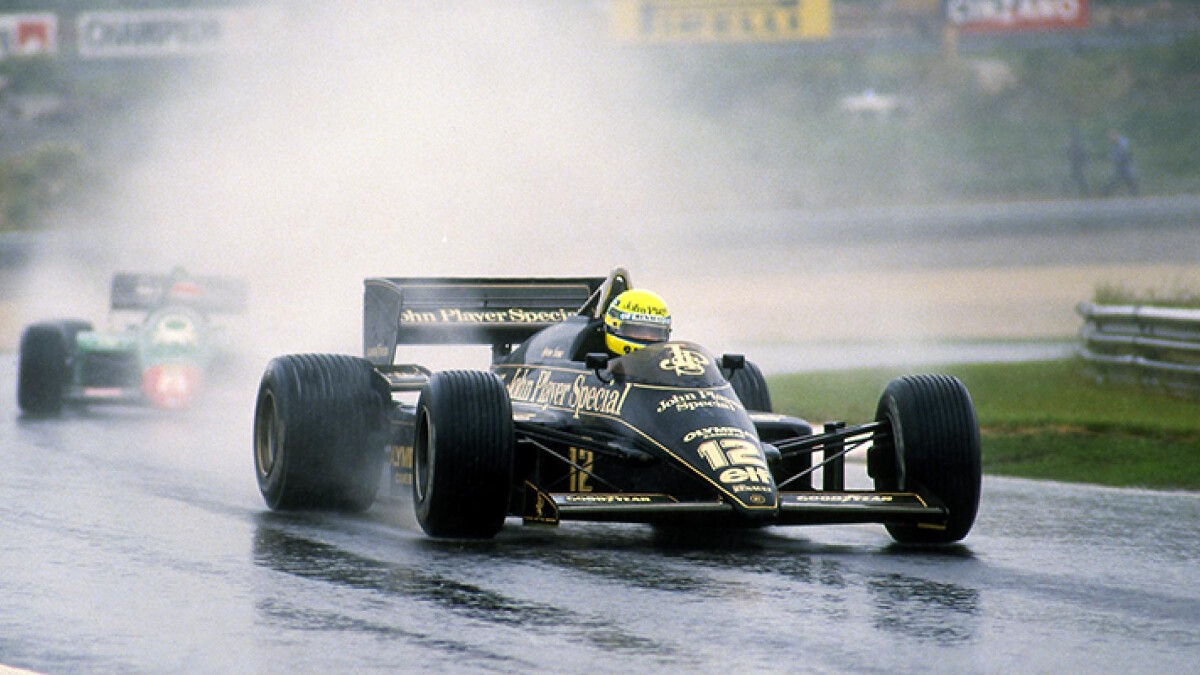 His 17th GP, and only his second for Lotus. In conditions he later described as worse than Monaco, Senna again conjured grip and poise from the thin, cold, and damp air around Estoril. He was more than 17 seconds clear at the end of lap 10, and 55 seconds ahead by lap 31, but it was Senna’s silky, sublime car control and economy of motion at the wheel of the Lotus 97T that really grabbed the eye.

“I was lucky to stay on the road,” he said afterwards. You’d never have known. “He had a God-given talent I haven’t witnessed anywhere else, a sixth sense for where the grip was before he turned into a corner,” Martin Brundle once said. 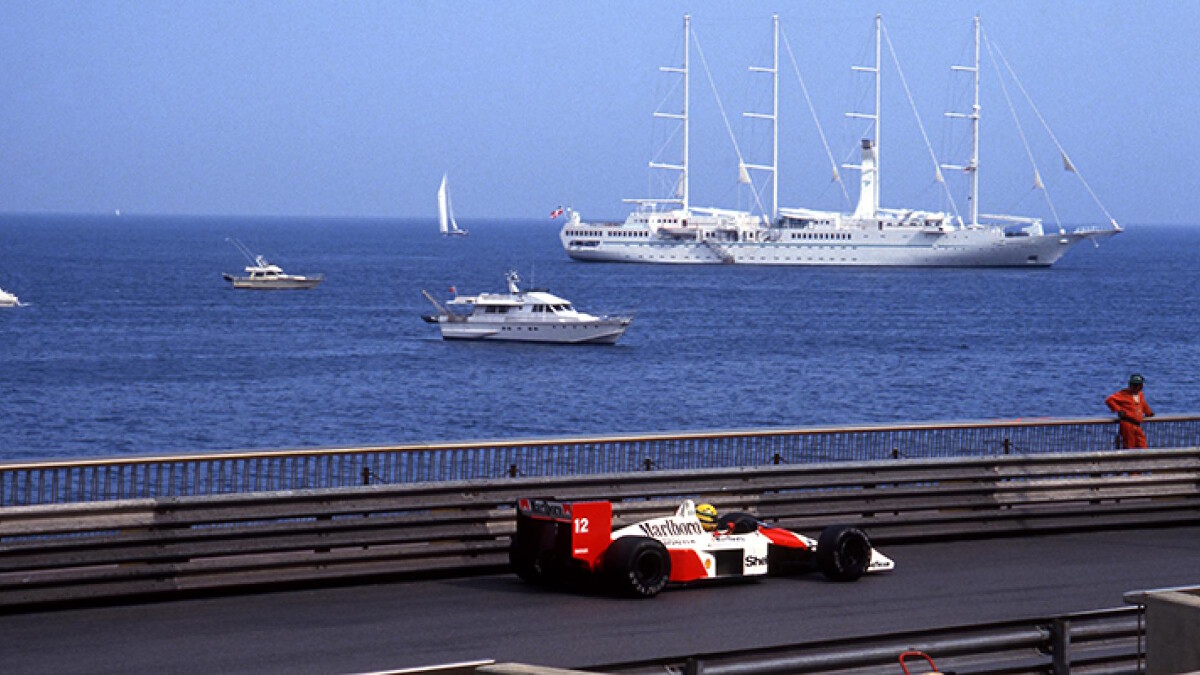 “He approached qualifying like it was a religious experience,” McLaren’s team manager Jo Ramirez said. Only three races into his McLaren career, his skill and determination to outpace Prost raised Senna’s driving and commitment to an almost transcendental level, around the track in which his artistry would be most evident.

Lapping two seconds quicker than Prost, even he was spooked. “I realized I was well beyond my conscious understanding...I was way over the limit but still able to find more.” Senna’s form in the race was equally majestic, until lap 67 when he slithered wide into the barriers at Portier and crashed out, handing Prost the victory. Senna hid in his apartment, while his cleaning lady fended off McLaren personnel. 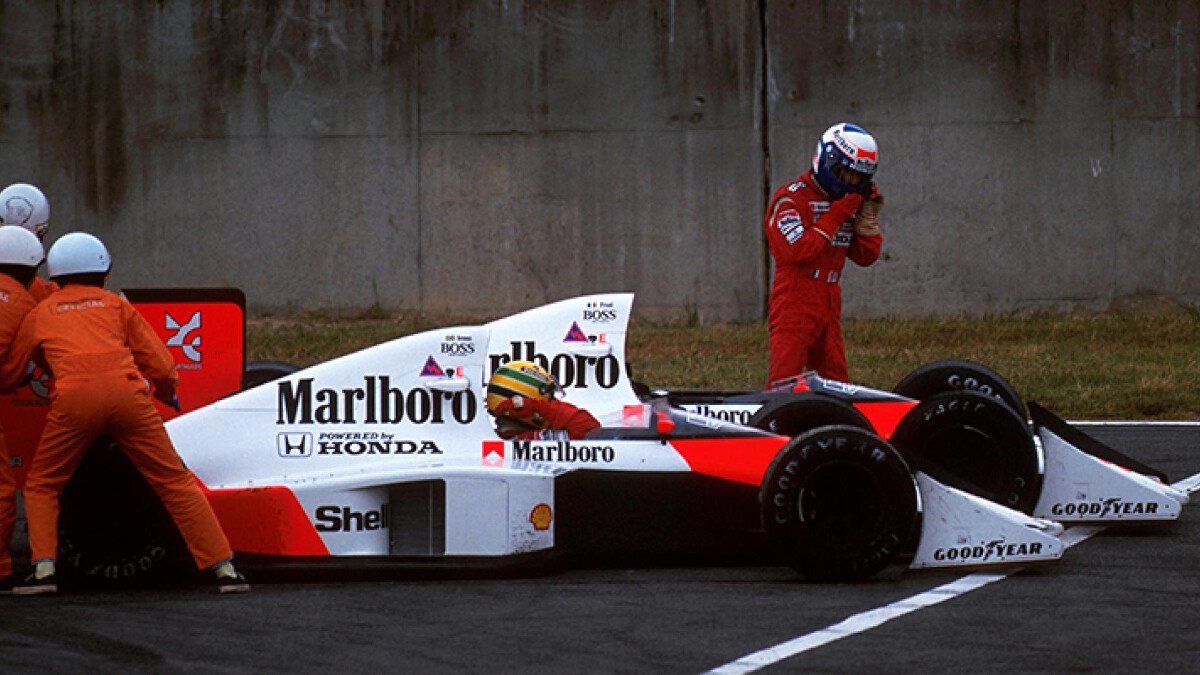 Scene of the infamous lap 46 collision, in which McLaren teammates Senna and Prost tangled on the entry to the final chicane, providing the denouement to a competitive relationship that had plundered new depths of acrimony. Senna restarted his engine, and continued the race once a new nose cone had been fitted.

He won, but was subsequently disqualified, then handed a huge fine and suspended six-month ban. Now Prost was world champion. Senna came close to quitting F1, but when he returned to the circus he would add a streak of vengefulness to his other attributes... 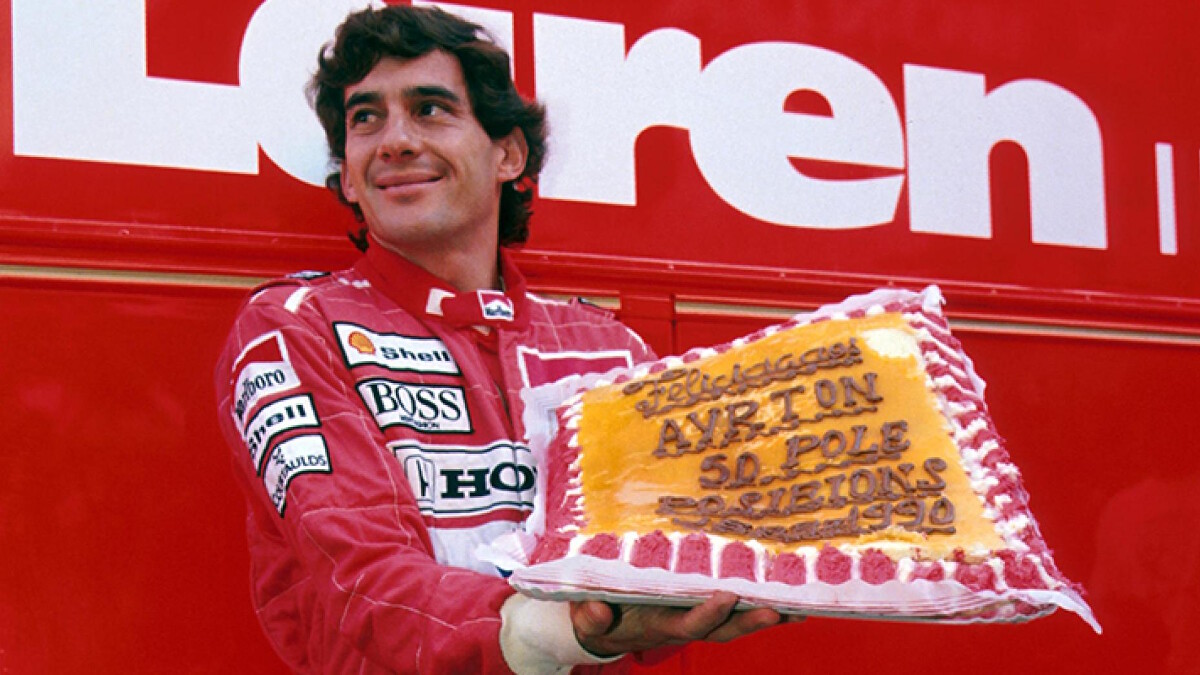 Manish Pandey, writer and producer, Senna: “If you want the essence of Senna—the psychological, emotional and mental makeup of the man—then his response to Martin Donnelly’s accident at Jerez in 1990 tells you everything. Donnelly’s crash was huge, a 274kph impact that split his Lotus in two and left him lying unconscious and still strapped to his seat in the middle of the track [Donnelly’s car had suffered a front suspension failure].

“Senna watched it all unfold on his monitor, and it affected him profoundly. What he did next demonstrates the purity of his position. He already had pole, but he went out again and beat his own time. He had nothing to gain, and he certainly wasn’t taking advantage of the situation. He was setting his own targets in his own mind. He went out there and basically told the track, ‘You can’t do that to one of us. F**k you!’ It was just something he had to do.” 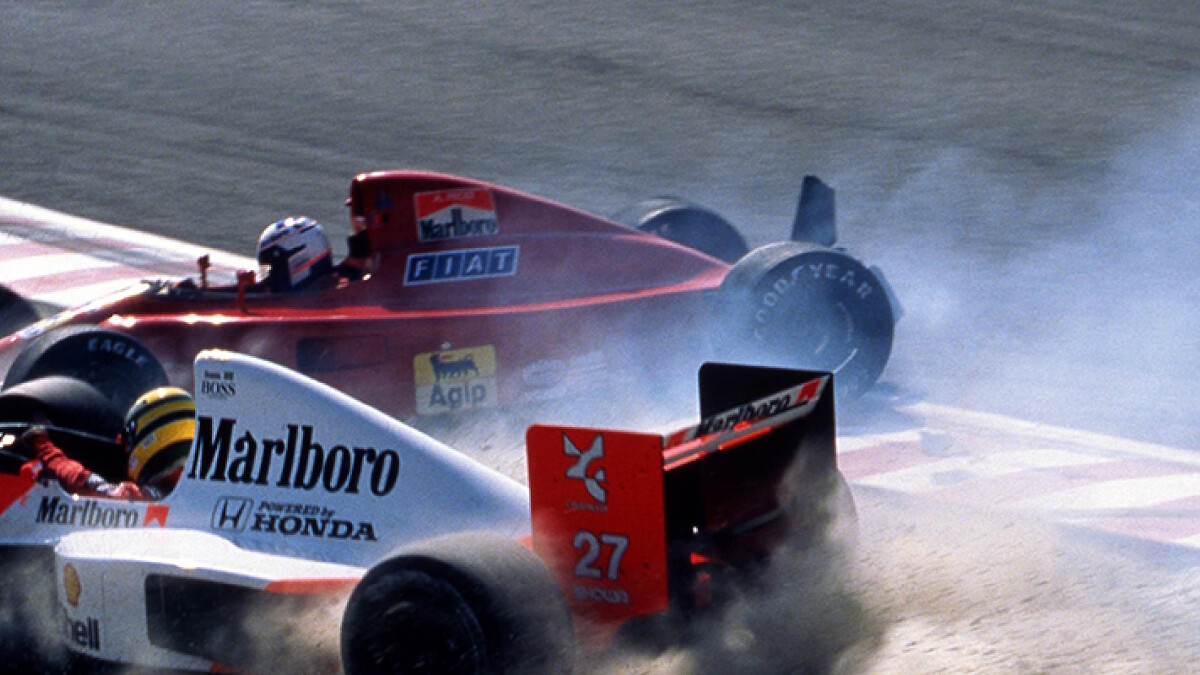 “Senna wanted to change sides, and because he could not he was blaming me and Balestre,” Prost said. “It was always his rules.” Senna determined to be in front by the first corner, by any means necessary, leading to the inevitable. With Prost out, Senna’s unassailable points lead saw him win his second world title. “There are people winning the championship in a chicane, now I won it in a corner,” he told Gazzetta dello Sport’s Pino Allievi. Unrepentant, you might say. 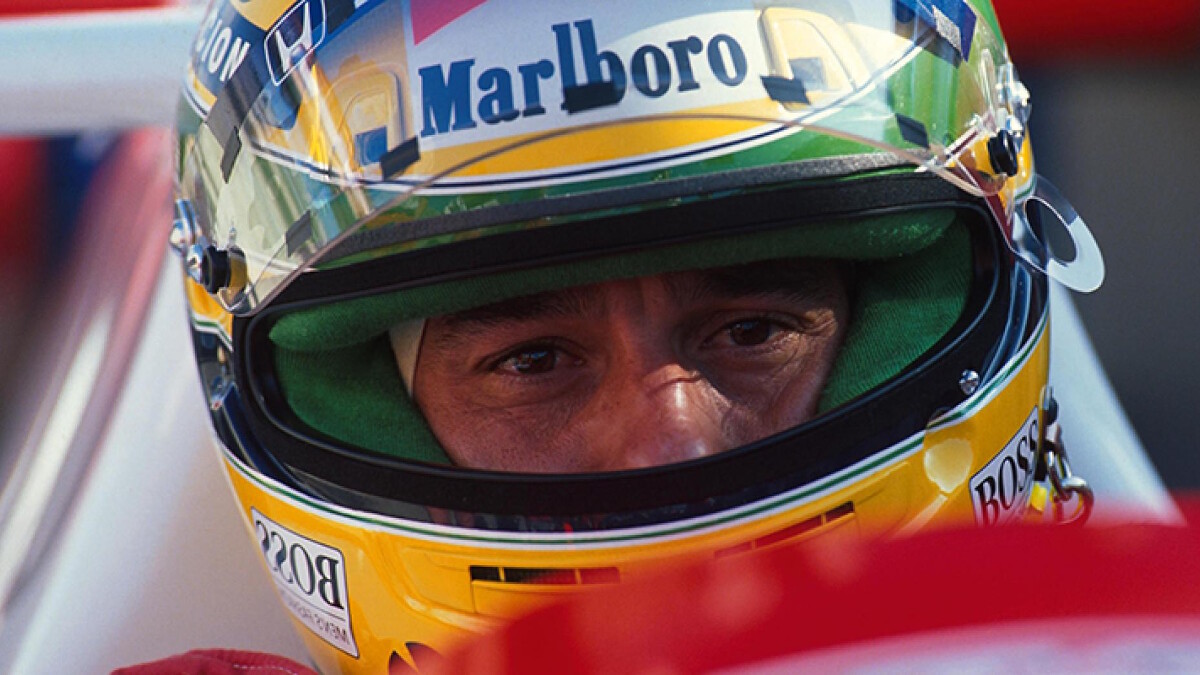 He won—just—ahead of Riccardo Patrese and Gerhard Berger, but had to be helped out of his car, and almost collapsed on the podium. A win for Brazil, as much as for Senna, with more emotion than any man could bear. 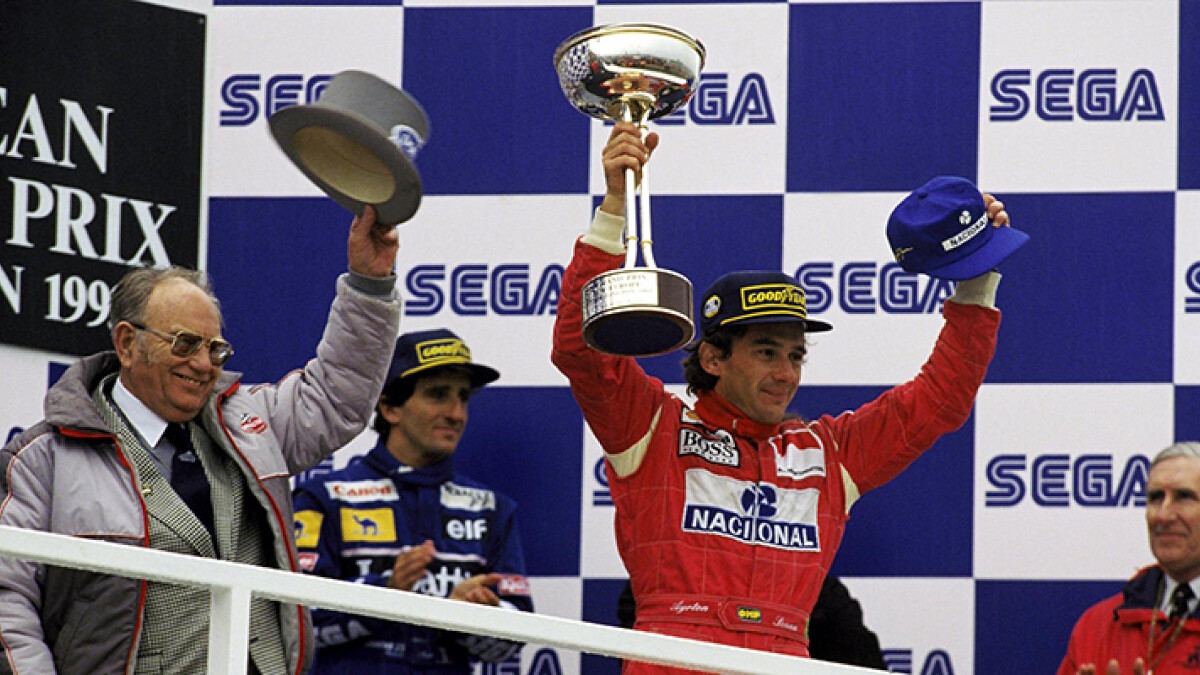 Having dropped to sixth at the start, he still ended lap one in first place, having overhauled Prost, Hill, and Schumacher. Watch the footage on the BBC website and marvel at a beautiful powerslide out of Redgate early in the second lap… Sega sponsored the race, and Senna won a Sonic the Hedgehog-topped trophy for his trouble. 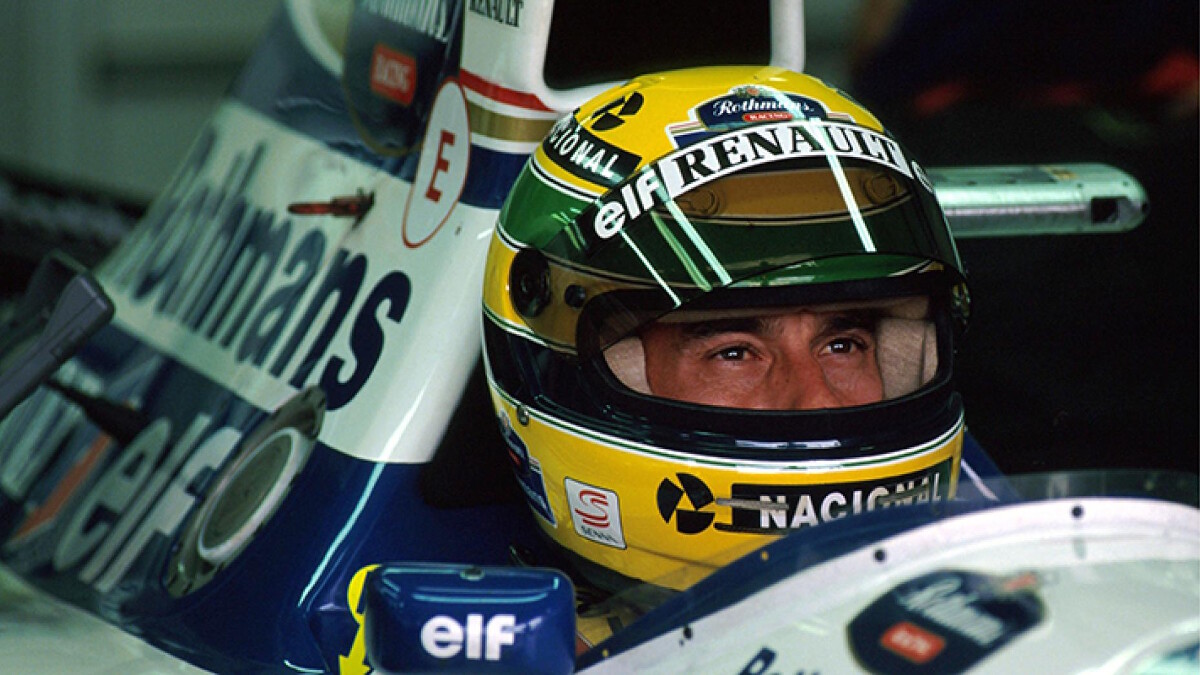 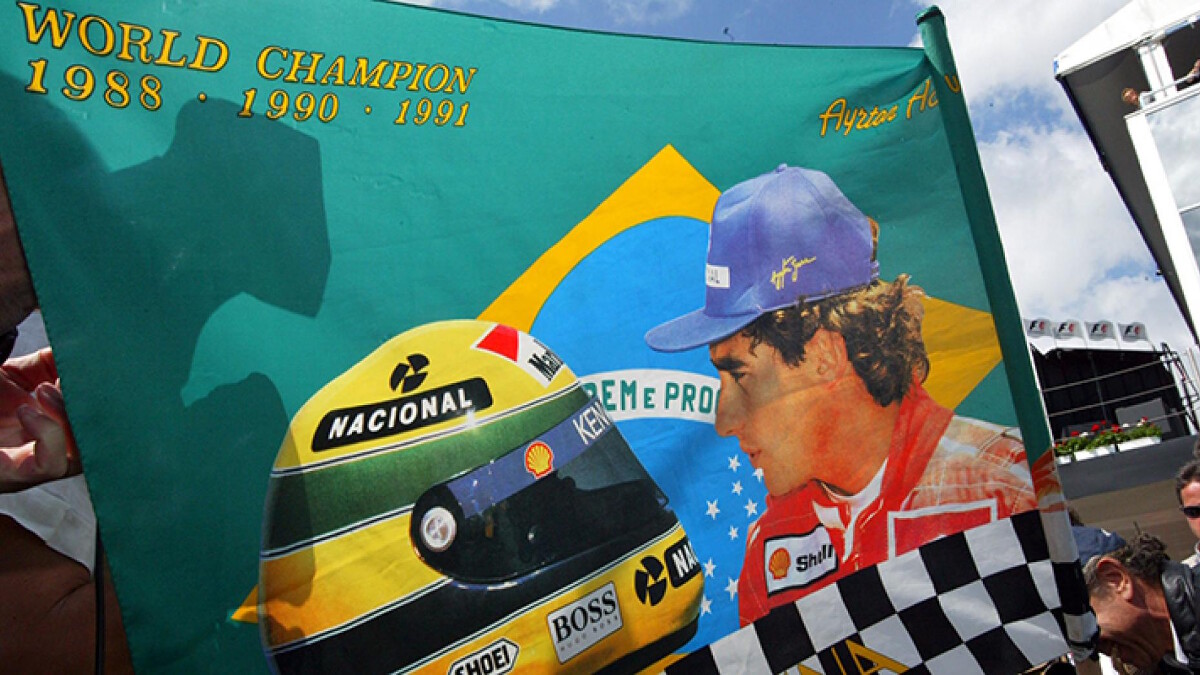 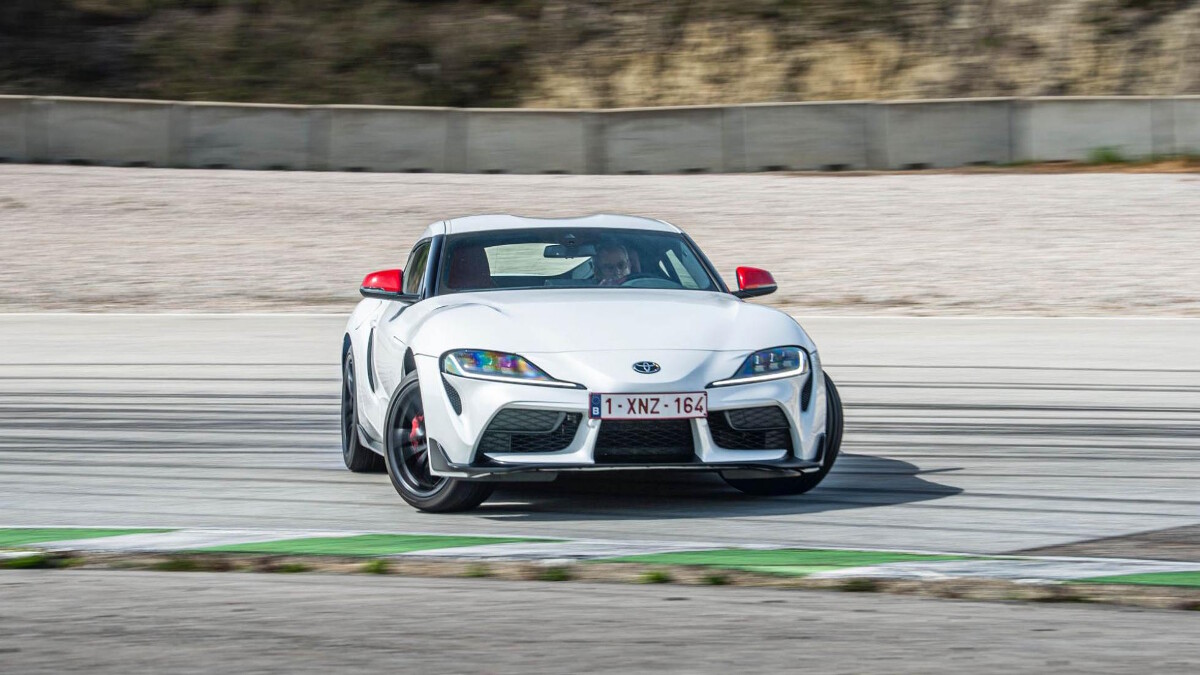 14 Images: Just the 2.0-liter Toyota Supra flexing its skills
View other articles about:
Read the Story →
This article originally appeared on Topgear.com. Minor edits have been made by the TopGear.com.ph editors.
Share:
Retake this Poll
Quiz Results
Share:
Take this Quiz Again
TGP Rating:
/20