Hit or miss: All the relevant BMW M cars ranked, part one

Here’s the first set out of 26 cars we’re ranking
by Craig Jamieson | Nov 6, 2020
CAR BRANDS IN THIS ARTICLE 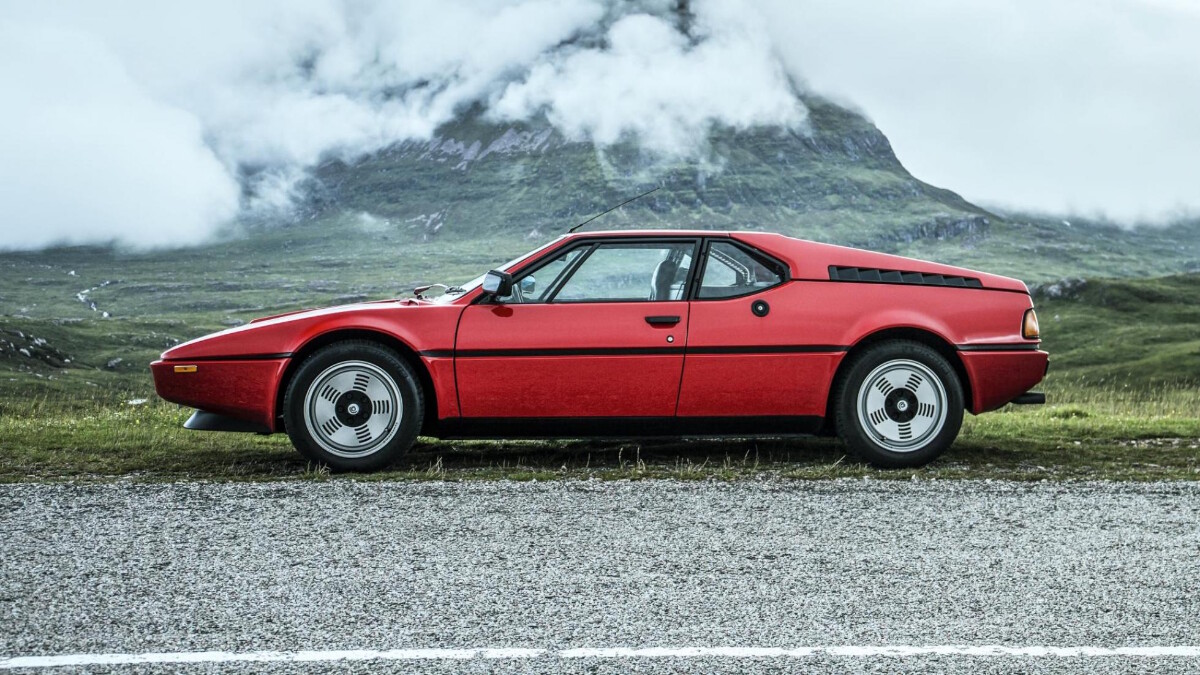 Even if the M1 ran on diced puppies and needed to be serviced every 1,000 miles by an actual archangel, it’d still be a hit in our books. A morally troubling and eschatologically significant hit, but a hit nonetheless.

But to find out that it’s not just one of the greatest-looking BMWs of all time, but also the most useful and least difficult of all the ’70s supercars? It just makes us treasure our childhood Matchbox version even more.

Unlike our Matchbox replica, the original M1’s gorgeous exterior was made from fiberglass, not metal. Also unlike our version, the original had M Division’s truly excellent 3.5-liter in-line-six and had never, to our knowledge, been trodden on in the dead of night by our unsuspecting dad. 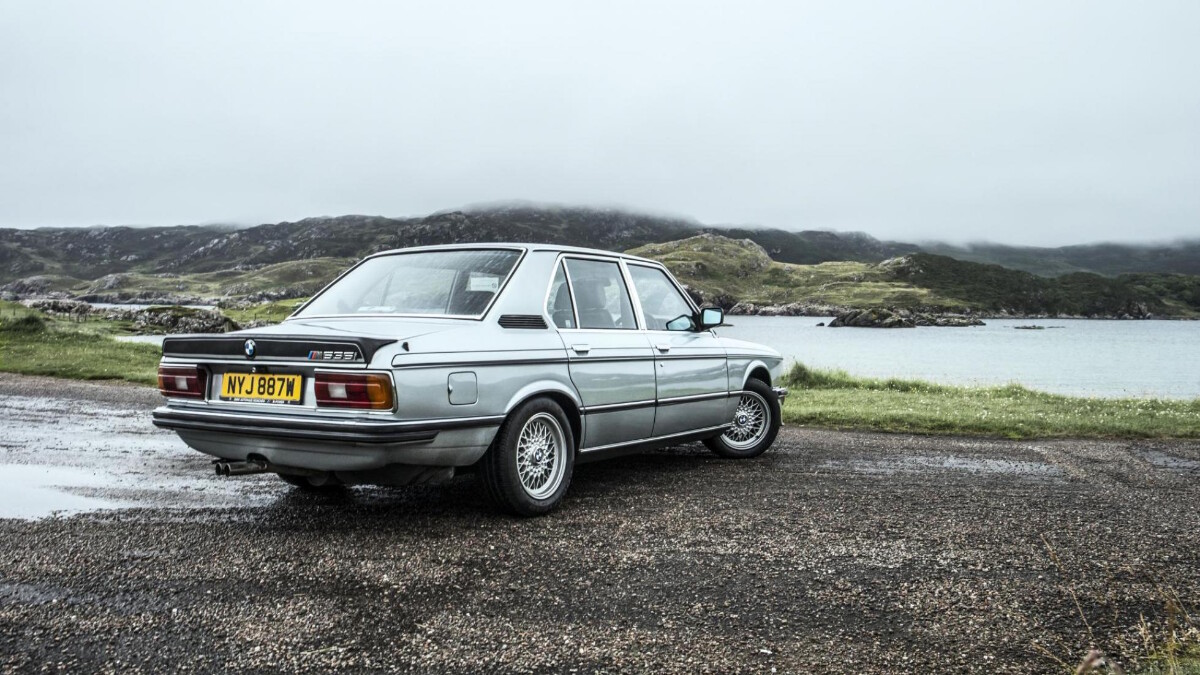 The first M Division sedan was the E12 M535i, setting a brilliant precedent that continues to this day in the M5 sedans (and, in brief bursts of joy, in wagon versions, too). And really, it was just what you’d want from a ’70s BMW: straight-six, dogleg five-speed manual, sports suspension, limited-slip diff, Recaro seats. And the E12’s styling? Complete chef’s kiss.

And where the M1 took BMW far out of its comfort zone of sporty sedans, cost a mint, and had a hard time keeping up with constantly changing racing regulations—and then there was the whole palaver with Lamborghini going bankrupt instead of building its cars—the M535i was BMW heartland: a fast, good-looking sedan made to embarrass supercars, not copy them.

Sure, the M1 has been vindicated a hundred times over, but so has Van Gogh. And he still died penniless. Give some respect to the M535i, a legend in its own time. 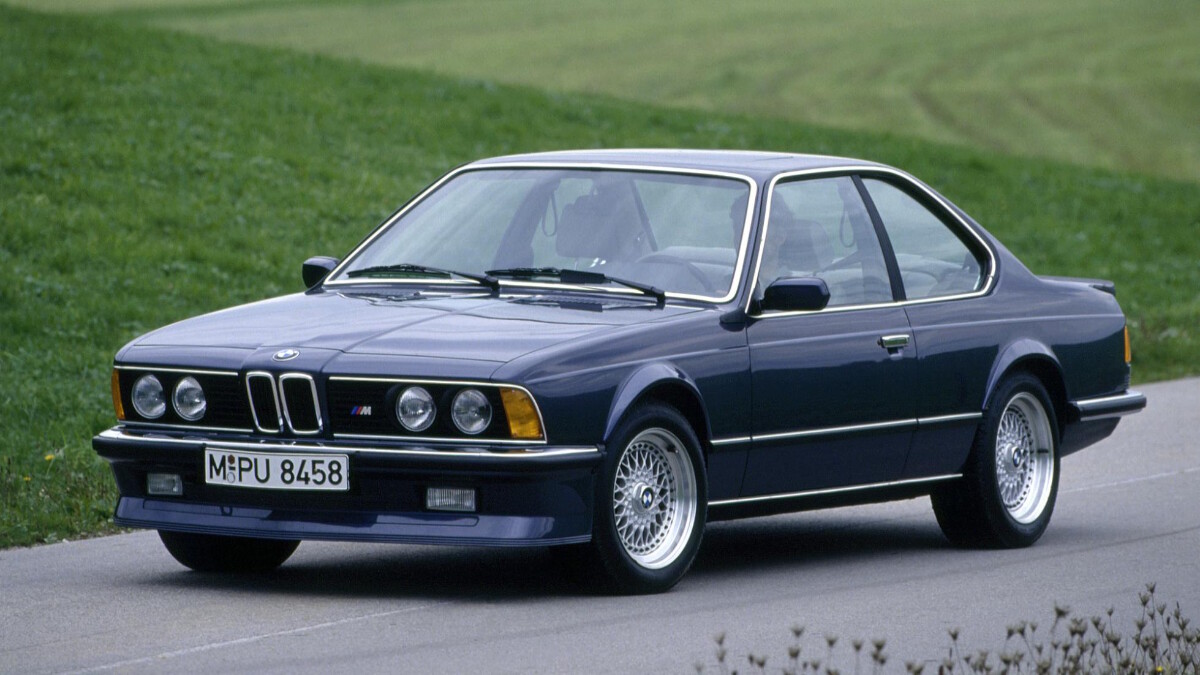 BMW clearly wasn’t completely wedded to the whole ‘M + whatever series the donor car is’ to begin with—it wasn’t until the E28 M5 that the formula really stuck.

Well, that’s unless you’re American, in which case it was the M6. And it came with a different engine setup with less power. Er, this is getting confusing.

In any case, here are the absolutes: Some form of 3.5-liter BMW straight-six engine with somewhere around 250hp to 280hp, connected to a five-speed manual and then to the rear axle. It’s the BMW one-two-three punch that’s basically impossible to counter.

There’s also the small matter of its absolute gorgeousness. We know shark-nose BMWs can’t come back for safety reasons and such, but what if we promised to be really careful and not hit any pedestrians? 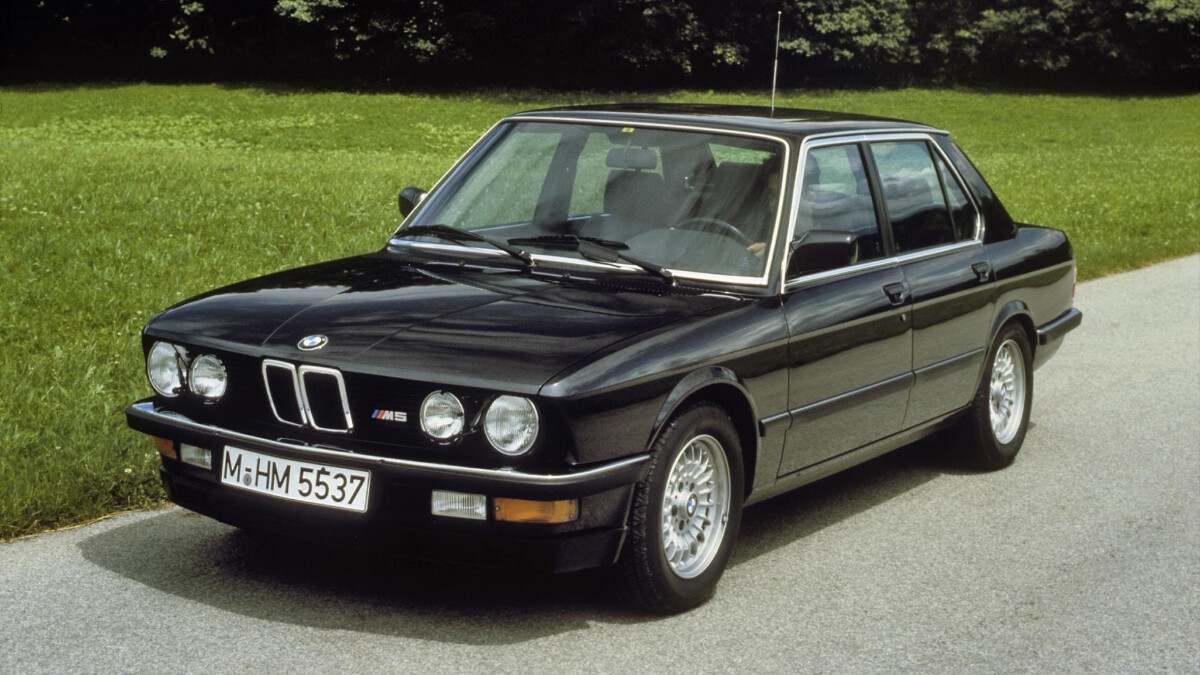 Here’s a thought experiment for you: What if you could put a supercar engine in a family car? Yes, we know that’s the exact idea behind the R8-engined Audi RS6 back in 2008, but BMW had that idea in the early ’80s. And the engine in question? Oh, just a more powerful version of the Paul Rosche M88 straight-six from the BMW M1. Y’know, nothing special.

That’s right: While the E12 M535i set the idea in motion, the E28 M5 got the full M treatment, the proper M Division engine (again, the US of A had to make do with a detuned version, but we’re at risk of splitting hairs here), and a blend of speed and subtlety that apparently earned it a place doing bodyguard duty. For whom? BMW execs—who else? 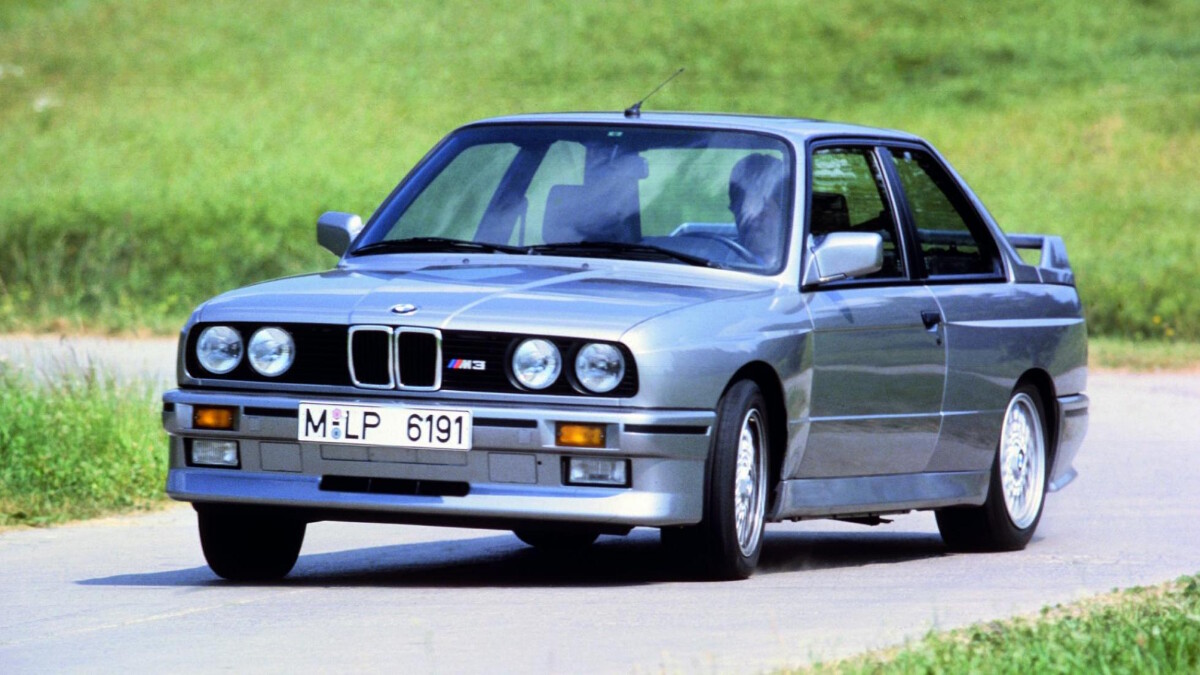 Come on. You knew this was going to be a hit in our books. Because it’s a hit in everyone’s book, and even being the contrarians we are, we can’t disagree in this case. Sure, it’s not fast by any stretch of the imagination, but since when did that matter? At the risk of digressing for the umpteenth time, fast is not where fun lies, unless you’re: a) at a dragstrip; b) an actual child who has never driven a car; or, c) someone on the Internet who somehow managed to learn every single piece of information there is to learn and therefore knows everything.

Sure, power went up in the Evo versions, trying to smack Mercedes-Benz’ return to racing straight back out again, thank you very much, but we’re still talking about a maximum of about 220hp in the road-going cars.That’s wonderful and more than enough to enjoy yourself even beyond what you think you will, but not fast by any modern definition.

What the E30 was all about then—and remains about now—is the purity of the drive. And beating those rascals over at Mercedes-Benz, of course. 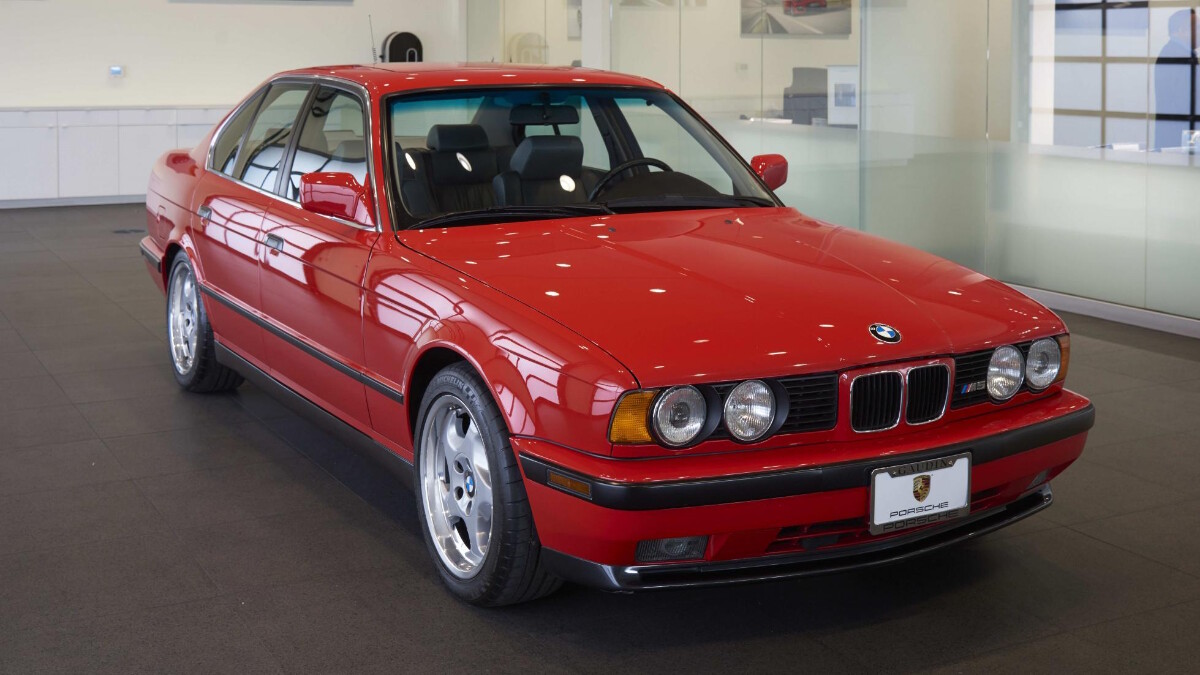 Anyone else seeing a pattern here? Yep, it’s as if the M Division could do no wrong in the early days, at least when it came to road cars.

The E34 M5, as any of the old car bores will harp on about, is the last of the hand-built M cars from back when M Division was a tiny skunkworks. And sure, hand-built is one of the fuzzy-wuzzy things that makes you feel better, but really shouldn’t. It’s the same trick pulled on guitarists all the time: one amplifier costs such and such, but this one is hand-wired and is therefore more expensive. After all, the E39 M5 and the E46 M3 weren’t hand-built, and they’re some of the greatest-ever road cars, let alone BMWs. Hmm...might have spoiled the surprise for a few of these.

Anyway, if we can begrudgingly accept that hand-built is better, we should also point out a series of equally important facts about the E34 M5. It’s also the last of the straight-six-powered M5s, the last with round headlamps, and the last with a connection to the BMW M1—through the admittedly tweaked, modified, and renamed engine. But it was far from the last M5 to be absolutely chuffing brilliant. Hand-built, schmand-built. 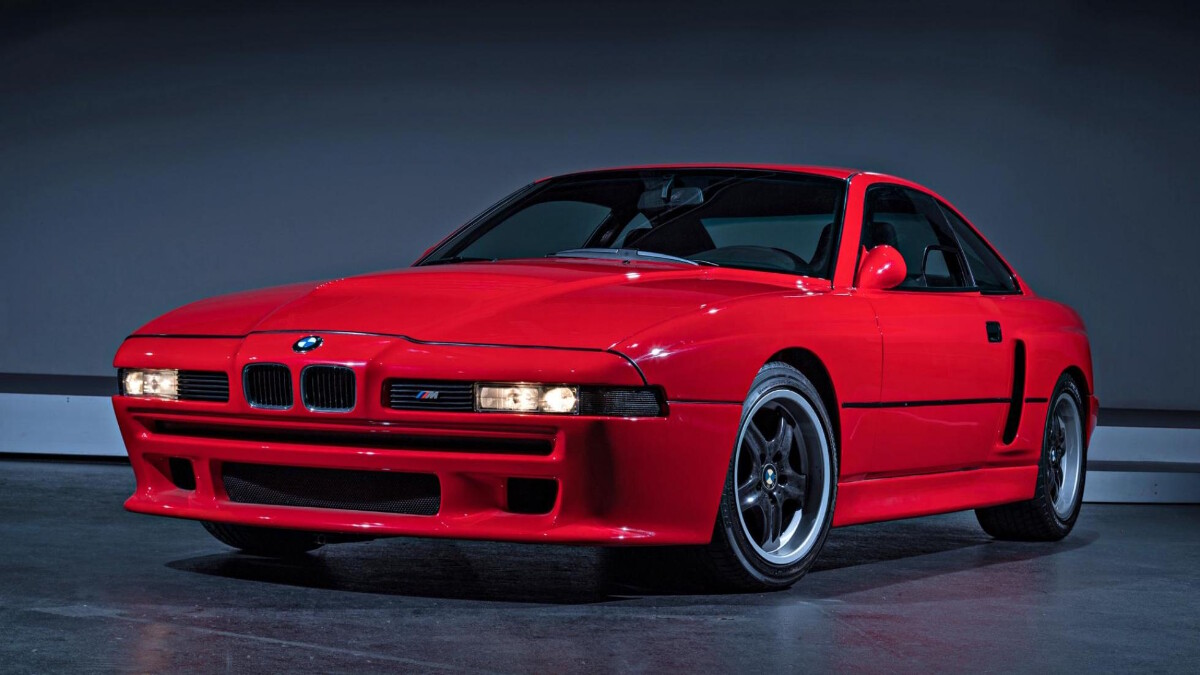 Technically, the 850CSi was a secret M car: It had an S-branded engine, like a real M car (the S70 V12), stiffer springs and faster steering, a new exhaust, a standard-fit six-speed manual, upgraded brakes, a raft of extra cooling—including for the differential—and even four-wheel steering in some cases.

Although, if we’re being even more technical, the 850CSi is not an M car, because the M Division had an M8 planned...then BMW’s higher ups kiboshed the project, believing an 8-Series-based, 550hp V12 supercar would be little more than a white elephant.

Apparently, BMW’s projections figured that the M8 would have to cost twice as much as a then-new 964 Carrera to recoup its manufacturing cost, and as a result, it wouldn’t sell. So, the plan to sell a lightweight, 550hp V12 manual BMW coupe with pop-up headlights was canned. We’re going to need a minute to recover here. 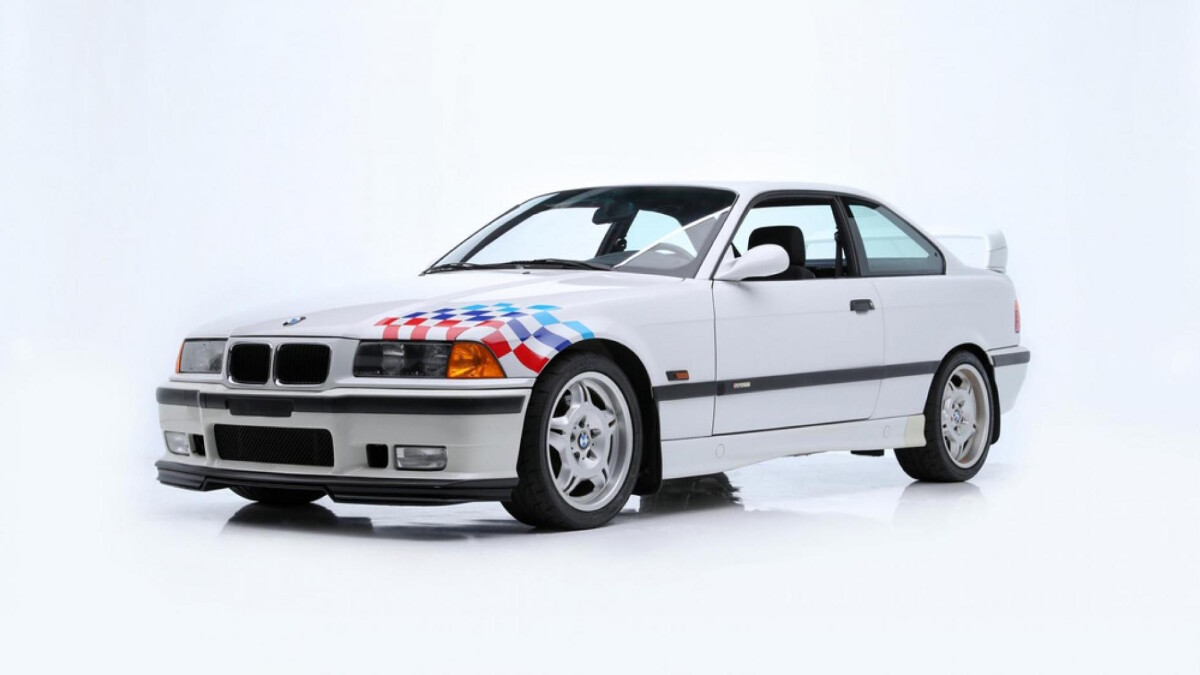 This is the M3 that people love to hate—too fat, too slow, too luxurious and not powerful enough, apparently. Other insults have been hurled, but no one has time for that.

But, as historical revisionism seemingly applies to cars as well, you’ll notice that even E36 M3s are now in high demand. Did triffids swing by Earth while we were blind drunk or something?

The fact is that the E36 M3 was always a good car—the first of the straight-six M3s (we think that caught on), as well as the first M3 that had more luxuries than your average bus stop. It was also the first to reach down and bestow speed and performance to the average driver. Bet you never thought a top-tier BMW would democratize performance, did you?

9) E36 BMW M Roadster and Coupe: not so much a hit as a deep cut from a brilliant album 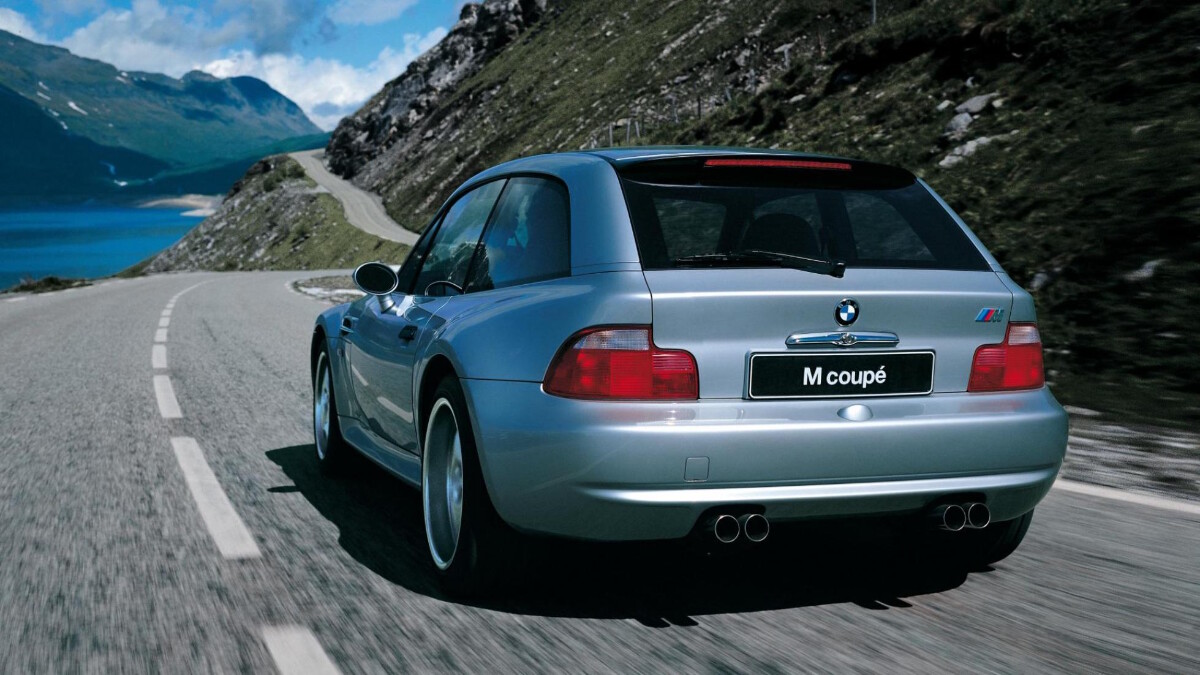 You’d think that stuffing the 3.2-liter straight-six from the later E36 M3 into a small roadster would make for a rapid sojourn into the nearest ravine. You might imagine a pocket rocket, best approached with caution and wearing your best pair of kid gloves. You could even be forgiven for thinking that it’d strain like a pit bull on a leash and be just as capable of killing you with a single snap.

But this is where the genius of the M Roadster and Coupe shine through. They’re less pit bull and more basset hound: gentle and quiet when you’re not keen on any heroics, but happy to run around for hours if the mood strikes.

Now that every single car niche has been mined and exploited for maximum profit, most everyone knows about these brilliant little cars, but that didn’t stop them from being underappreciated gems for the two decades up to this point. Like we said: a deep cut, like ‘The Draize Train’ by The Smiths or ‘Bambi’ by Prince. You can thank us later for those recommendations, by the way. 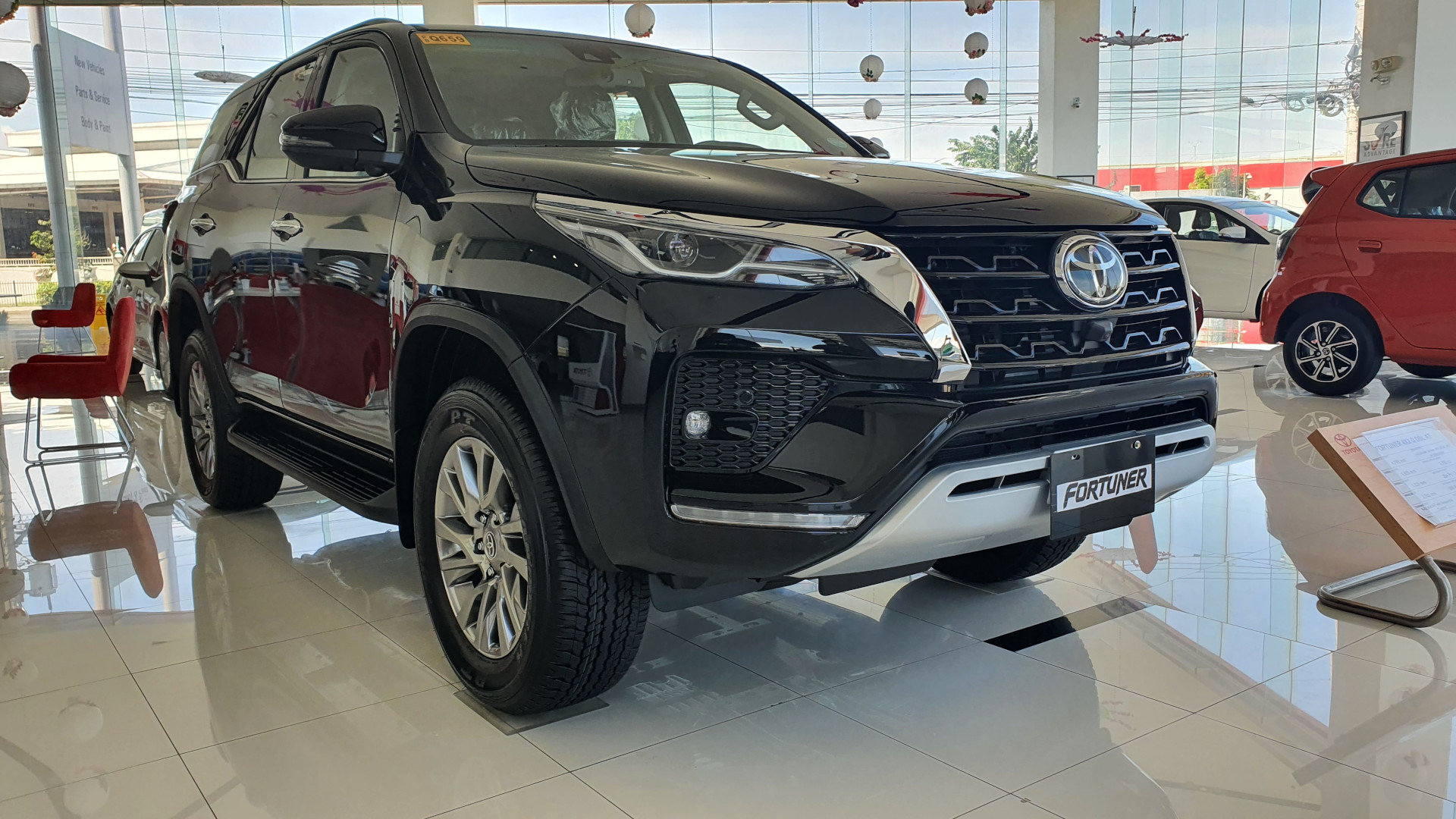 What’s new with the 2021 Toyota Fortuner’s non-LTD variants?
View other articles about:
Read the Story →
This article originally appeared on Topgear.com. Minor edits have been made by the TopGear.com.ph editors.
Share:
Retake this Poll
Quiz Results
Share:
Take this Quiz Again
TGP Rating:
/20