A forgotten concept from the 2007 Paris Motor Show
by Sam Burnett | Sep 13, 2020
CAR BRANDS IN THIS ARTICLE

I’m massively late for an important meeting—what can I do?

You can calm down for a start, there’s probably a Zoom link you can use. And what are you doing reading our website? Anyway, back in 2006, such newfangled technologies weren’t as irritatingly widespread, and you’d actually have to meet people in person. If you had expensive tastes and were pressed for time, Peugeot had just the thing for you—the 908 RC concept that was revealed at the 2006 Paris Motor Show. A literal fusion of endurance racing car and plush executive limo. 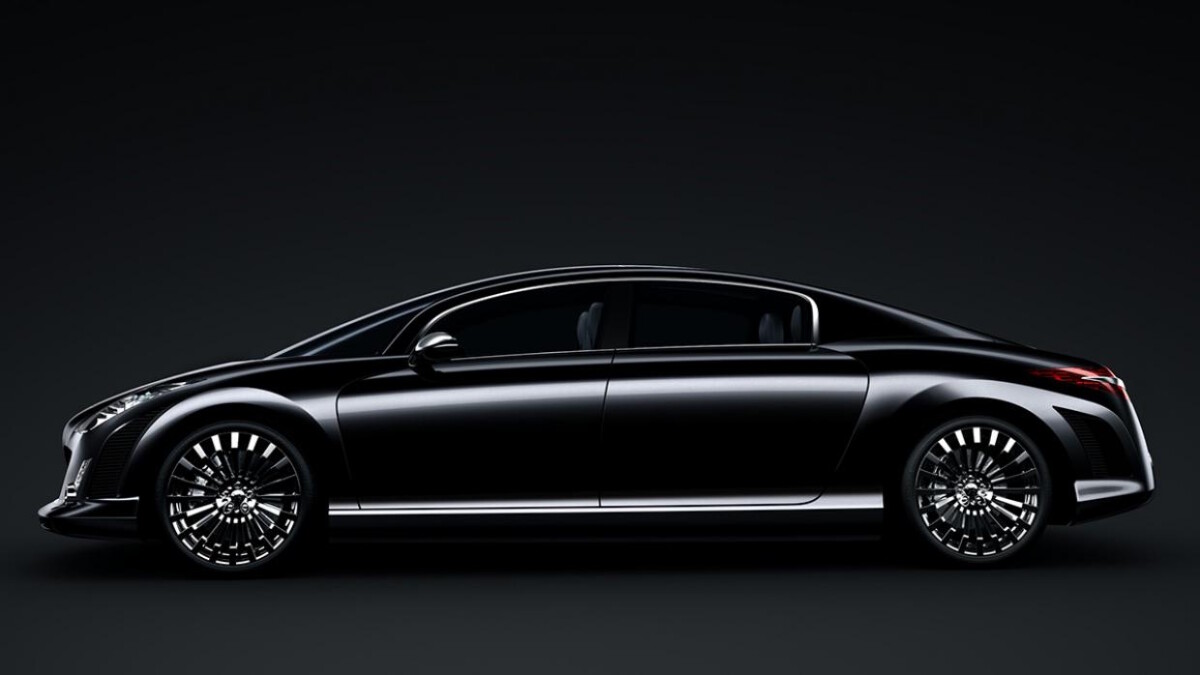 Peugeot said that the 908 RC actually got its name because of its V12 HDi DPFS. The eagle-eyed among you will have noted that nowhere in that engine specification are the numbers 9, 0, or 8—the French carmaker chose the name because the same diesel engine was set to power its 2007 Le Mans racer—also called the 908—and obviously, it was keen to draw some parallels between track and road. 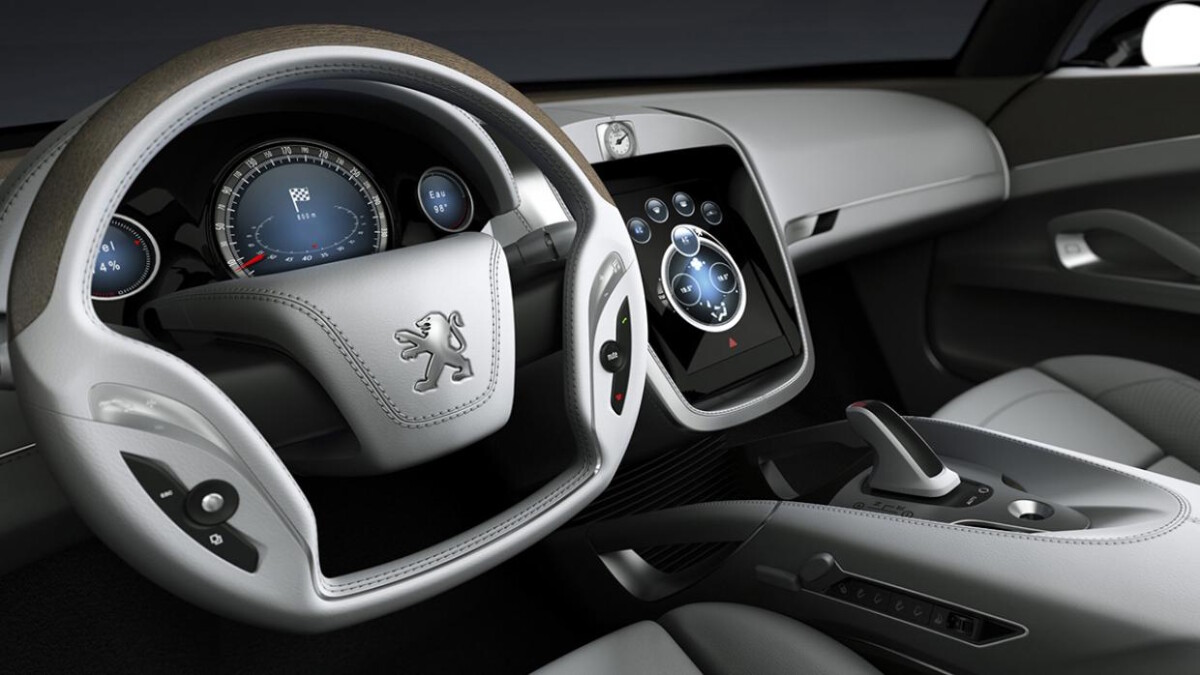 The windshield is the thing you immediately notice on the 908 RC, with funny little A-pillars dashing down for the door at the last second, allowing an imperious view of the road. Of course, with all that fancy bendy glass, you won’t want to drive over 45kph in case you get an expensive chip. The cabin is as chic as you like, with four leather bucket seats, a fancy clock, and an early example of the Massive Touchscreen That Controls Everything. The glovebox is air-conditioned, ensuring the manual and the free ballpoint pen remain cool to the touch. 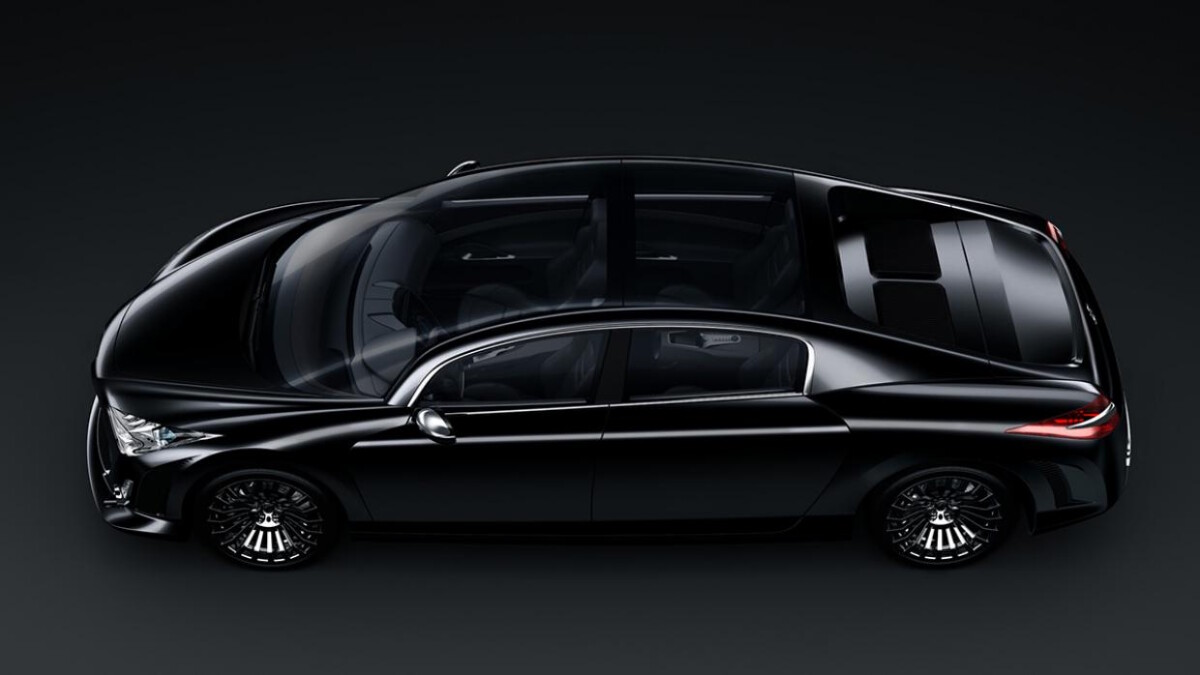 Well, there’s room for a carry-on bag, actually, or perhaps a Luis Vuitton duffel if you’re on your way to the south coast of France. The transverse 5.5-liter twin-turbo diesel engine isn’t actually under the hood—it sits centrally mounted at the rear of the passenger cabin, producing a hefty 691hp and 1,199Nm. Mounted underneath the engine is a six-speed electronically operated sequential gearbox, beefed up to deal with all that torque.

Why does it look so funny? 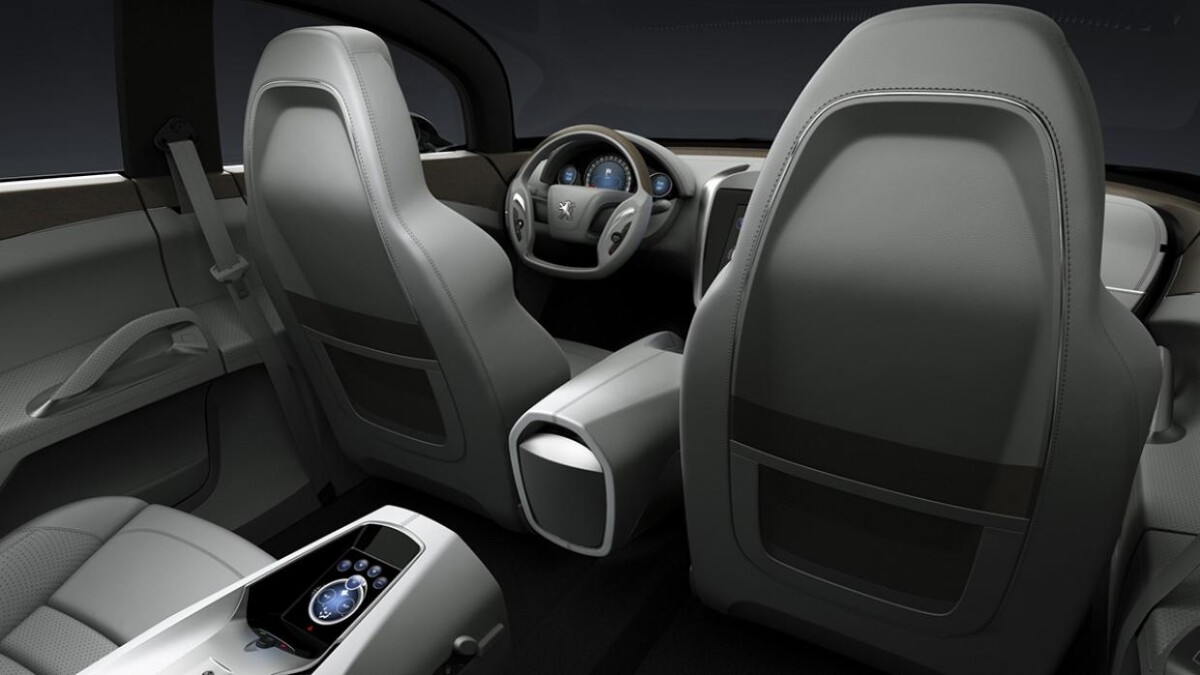 Well, that mid-mounted engine is actually further forward than you think, and Peugeot claimed the position of the motor allowed it to create a ‘large capacity’ cargo area right at the back of the car, all without impacting on the cabin space. Presumably, there are no folding seats or one of those little hatches in the middle seat for skis that no one has ever used. On the plus side, there is a frunk.

It’s all a bit aggressive, isn’t it? 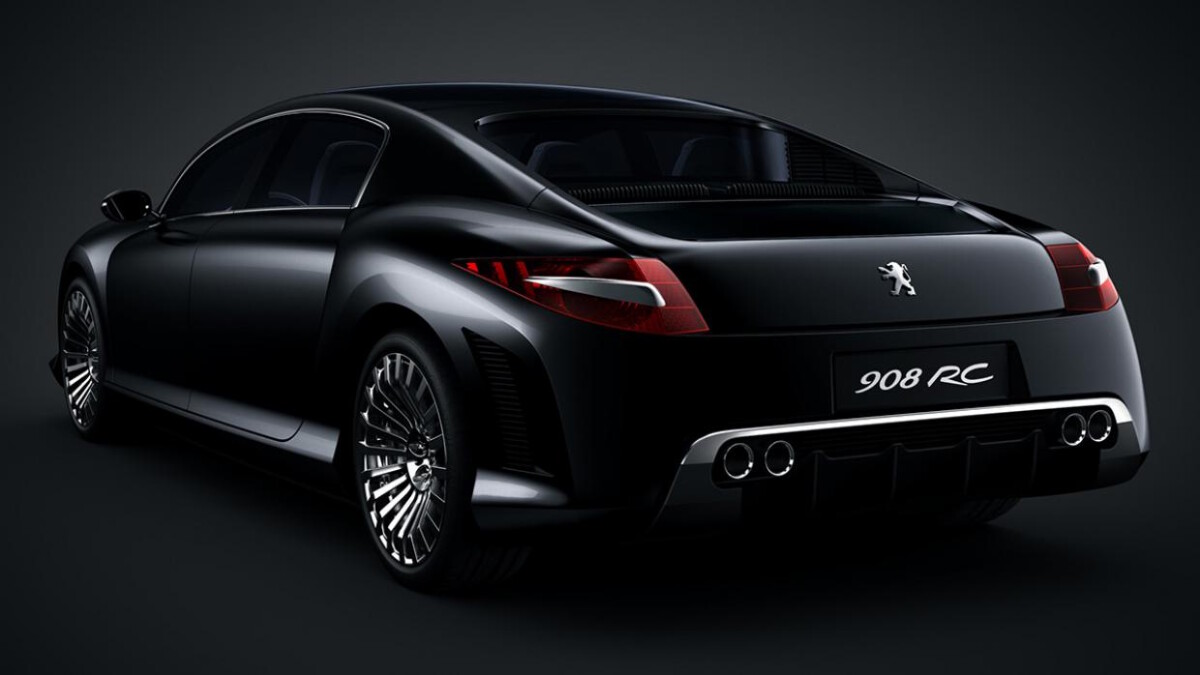 Ooh la la, this was the era of big-faced Pugs, remember—huge headlights with gaping maw below. All turned up to 11 on the 908 RC concept, although this car does have two diesel particulate filters fitted to the exhausts, so it must be all right. Proving they aren’t immune to little flights of whimsy, the designers fitted the car with huge 20-inch alloys at the front and even bigger 21-inch numbers at the back, describing the overall effect of the car as ‘that of a big cat.’ We assume the car also sleeps 23 hours a day and won’t do a thing that you tell it to.

Is there any concept-car craziness on the 908 RC? 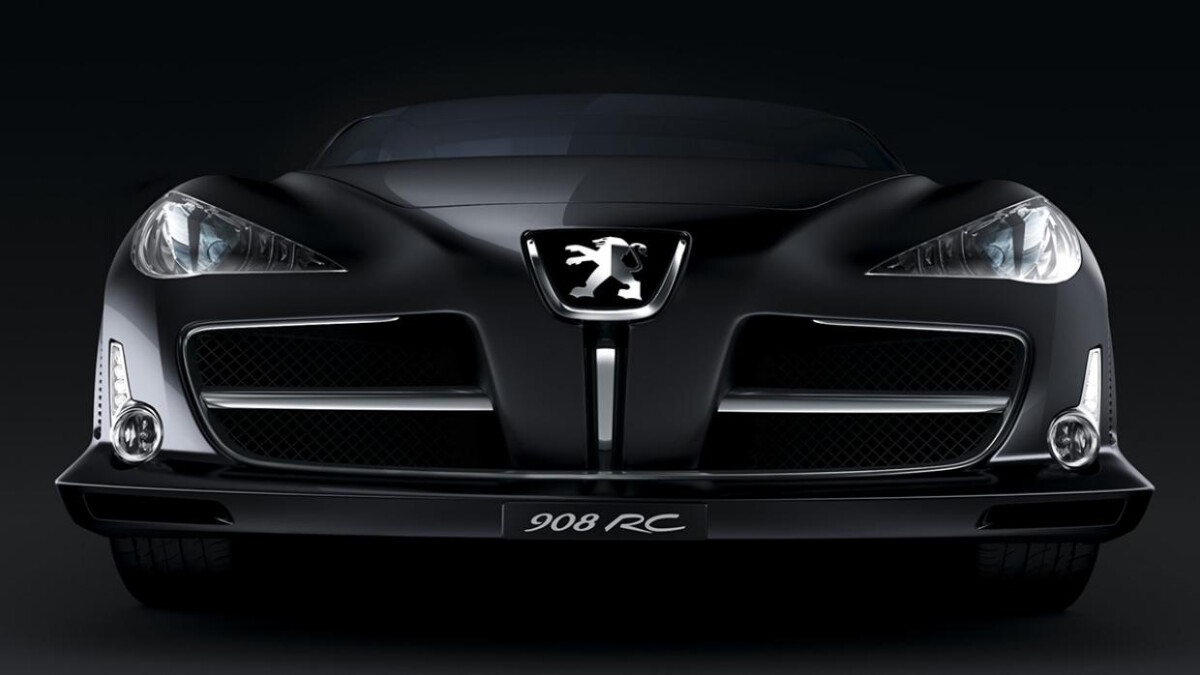 You mean apart from trying to graft the back end of a Le Mans car onto the front of an executive sedan? Well, Peugeot seems to have gone full cat lady with the feline cues, claiming the hood is intended to resemble the head of a big cat, the front wings represent its cheeks (but no whiskers here), and the massive LED headlights are supposed to twinkle like a cat’s eyes. It gets creepier—the little vents by the nose of the car are supposed to be like little cat nostrils. Alright, Peugeot, we get it—your logo is a cat. Next up, we’ve got an Audi concept where the wheels are designed to evoke four rings...

Why didn’t Peugeot put the 908 RC into production? 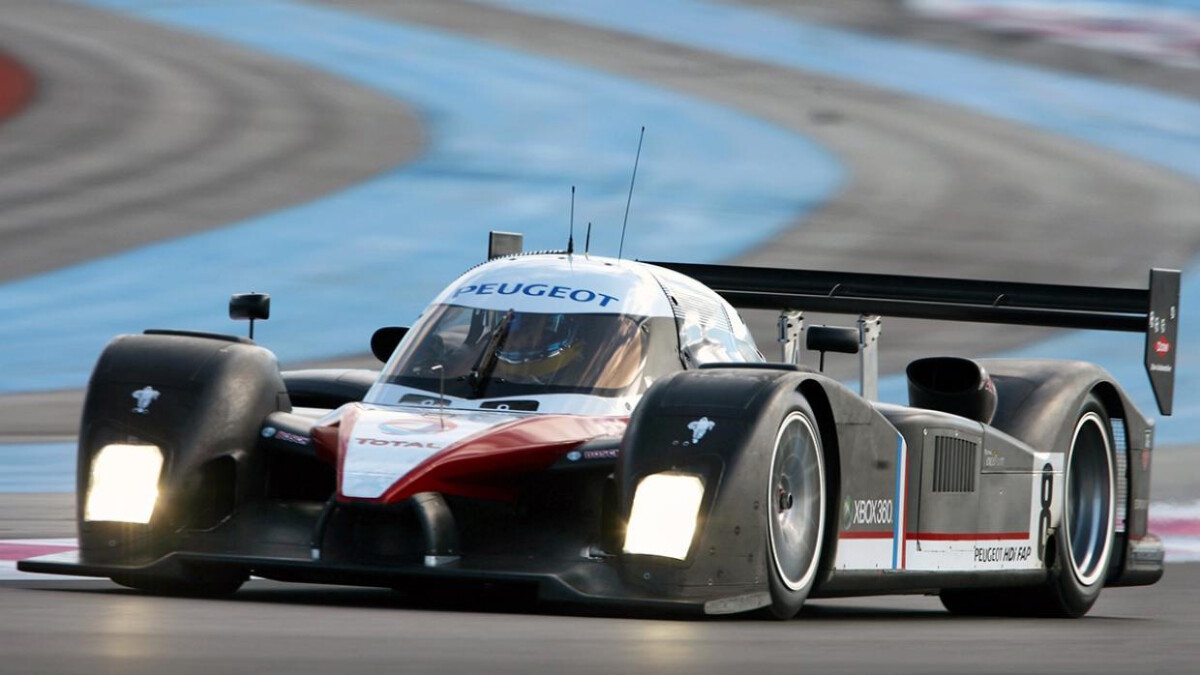 The 908 sort of did go into production, with Peugeot building its 908 endurance racer between 2007 and 2011. It won two titles in the Le Mans Series as well as the 2009 24 Hours before the program was canned in 2012 because of the stalling economy. The executive spirit of the 908 RC continued in the 607 sedan, which came out in 1999. That car was much more conservative than the concept might have led you to believe, though. Sadly, French luxo-barges have never done particularly well outside of the country’s civil service, so a 908 limo was never really on the cards. Quelle dommage. 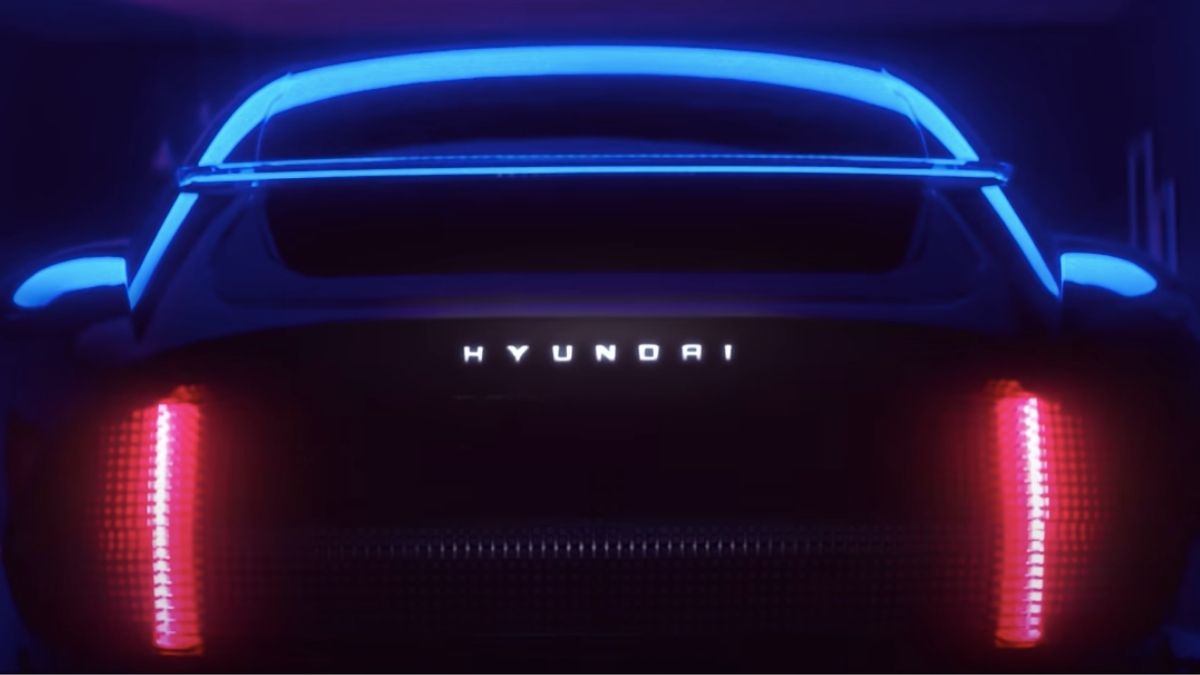 This car commercial currently has 17 million views on Youtube
View other articles about:
Read the Story →
This article originally appeared on Topgear.com. Minor edits have been made by the TopGear.com.ph editors.
Share:
Retake this Poll
Quiz Results
Share:
Take this Quiz Again
TGP Rating:
/20