Here are six interesting facts about the Hyundai Prophecy concept

The latest from the Korean carmaker
by Tom Harrison | Apr 8, 2020
CAR BRANDS IN THIS ARTICLE 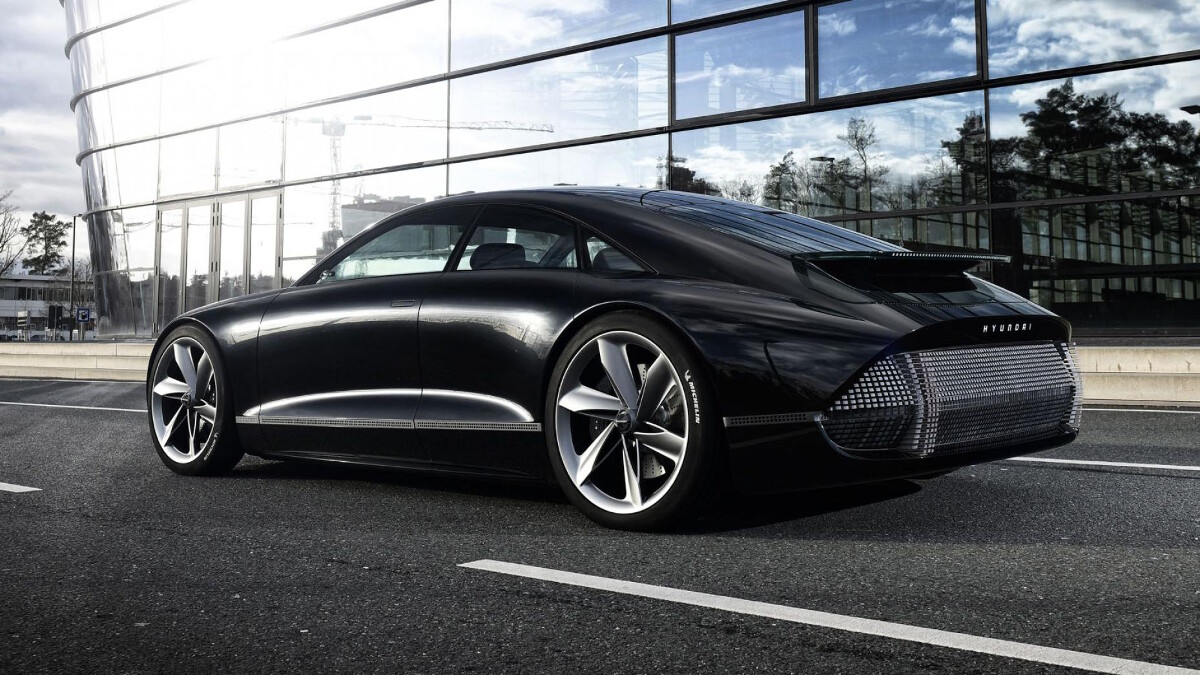 The Hyundai Prophecy—which was supposed to be revealed at last month’s Geneva motor show but, erm, wasn’t—might look like an old Porsche 911, but it’s actually inspired by swoopy vintage cars of the Twenties and Thirties. Hyundai Motor Group’s design chief Luc Donckerwolke (who is responsible for the Audi A2, among others) says the Prophecy’s look draws on the concept of ‘sensuous sportiness.’

“The word ‘sensuous’ integrates the value of more emotion in our designs. ‘Sportiness’ implies dynamics, to be reactive of what’s happening around us,” he says. “Sensuous Sportiness is not about a new language or philosophy. It’s about a new concept in the creation of our cars.”

2) It doesn’t have a steering wheel. 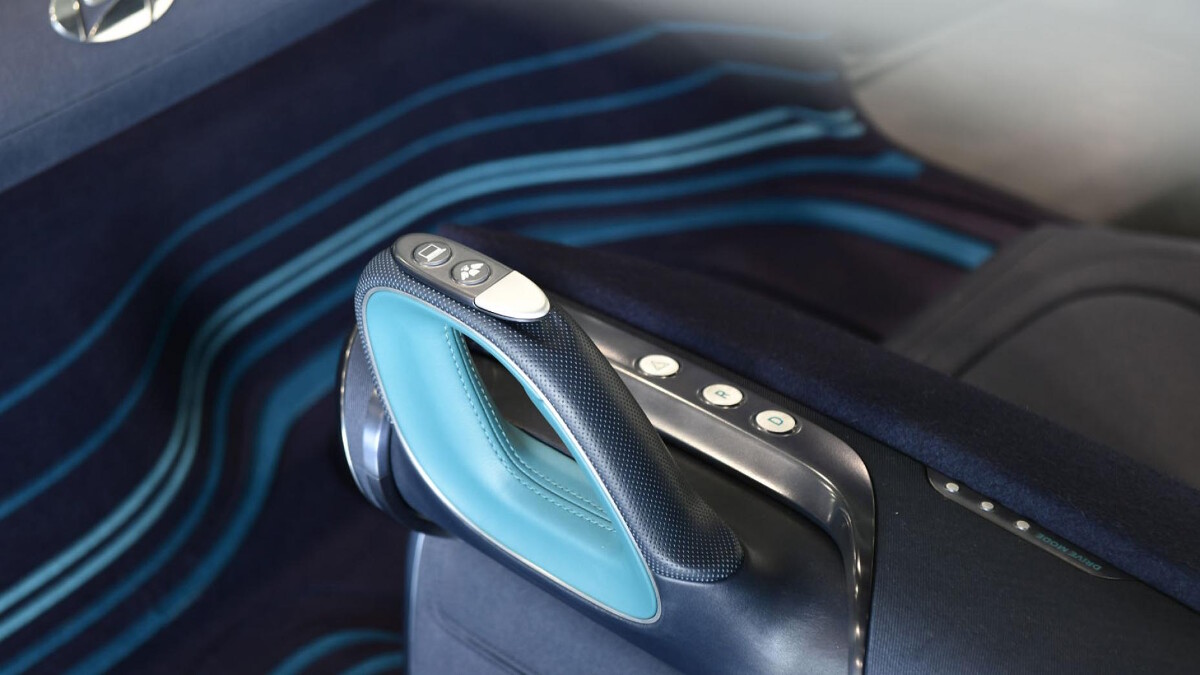 And it’s not because the Prophecy is fully autonomous. The driver instead controls the car’s direction with two joysticks, one on the center console and the other on the door. Hyundai says 90% of the car’s controls can be operated without the driver having to take their hands off these joysticks, that they allow for a more comfortable driving position, and free up dashboard space for MORE SCREENS. 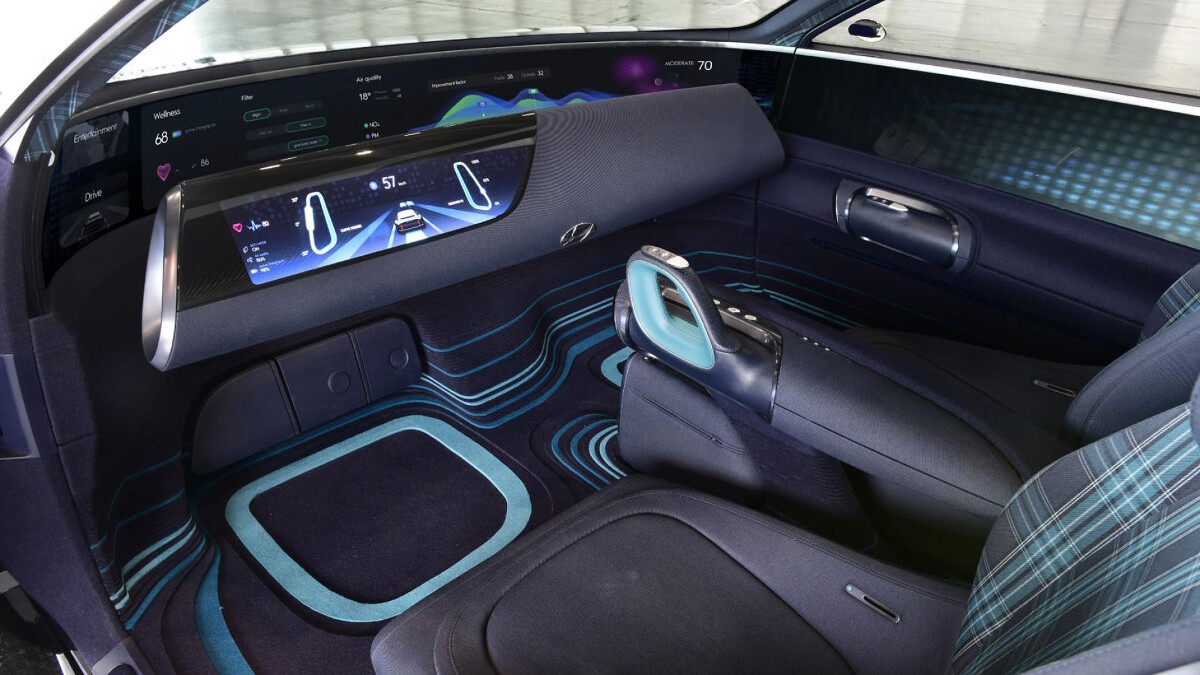 Ah yes, those screens. In ‘Relax Mode’ the Prophecy’s dashboard swivels and the front seats recline, so the occupants have a perfect view of whatever it is they’re trying to watch on the big wraparound screen. Moreover the joysticks mean you don’t peer over or through a big steering wheel. 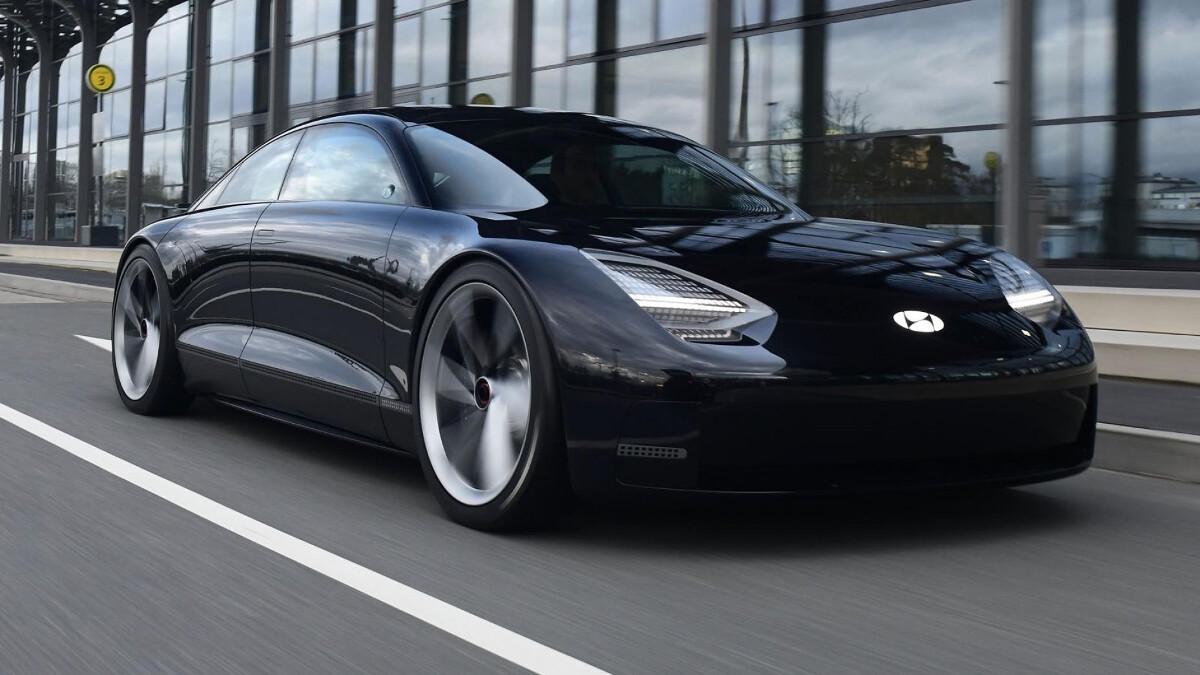 But for good reason. Hyundai says the Prophecy uses an air filtration system to keep particulate levels inside the car nice and low. When the system detects any nastiness in the car, it pumps in fresh air from outside, filters it for purity, then circulates it around the cabin. The car does this even when stationary and you’re not in it, like when it’s charging. And even when the air inside the car is at its freshest, the system doesn’t stop—it just sends the filtered air back out into the atmosphere via a couple of vents under the doors.

What happens if you have an accident? Erm…

5) It’s built on a brand-new platform. 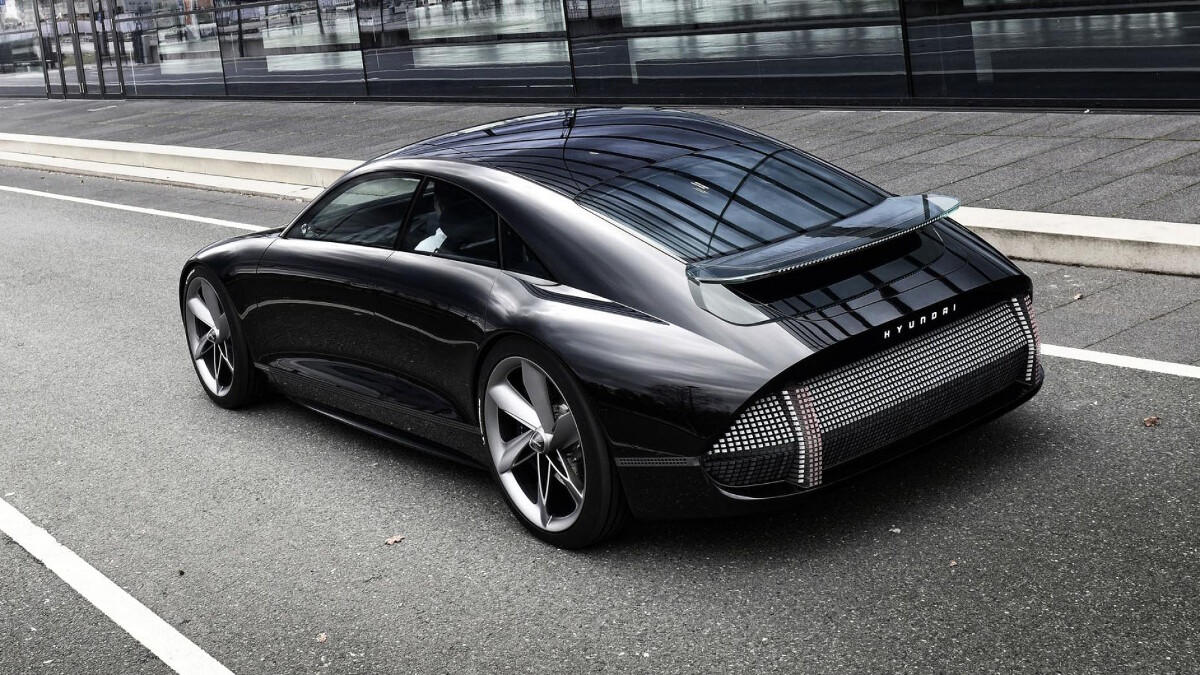 The Prophecy couldn’t look any more different from the also excellent Hyundai 45 Concept revealed at last year’s Frankfurt Motor Show, but the two are actually built on the same platform. The company’s ‘E-GMP’ (that’s ‘Electric Global Modular Platform’, FYI) setup is its first dedicated EV platform. By keeping the batteries and motors in a skateboard structure beneath the body, it gives occupants more space, and the designers total freedom to do pretty much whatever they want.

6) It has tartan upholstery. 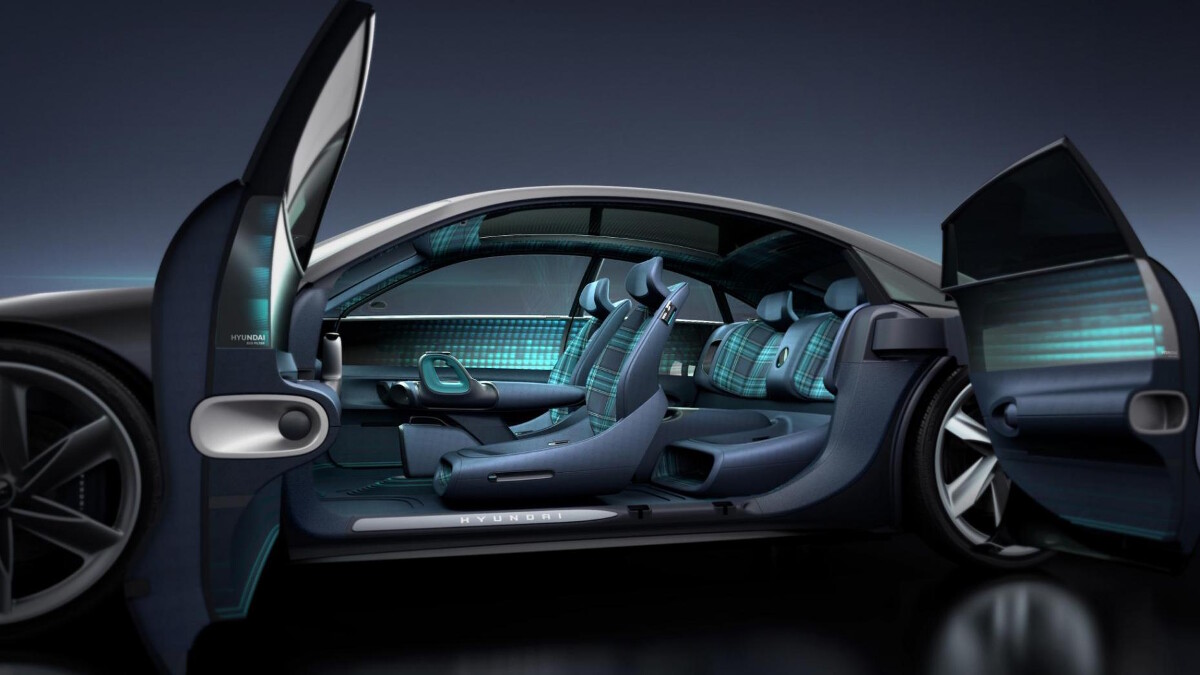 More cars should have tartan upholstery. And not just on the seats—the Prophecy’s nod to Scotland extends to the roof-lining. Yes, please. 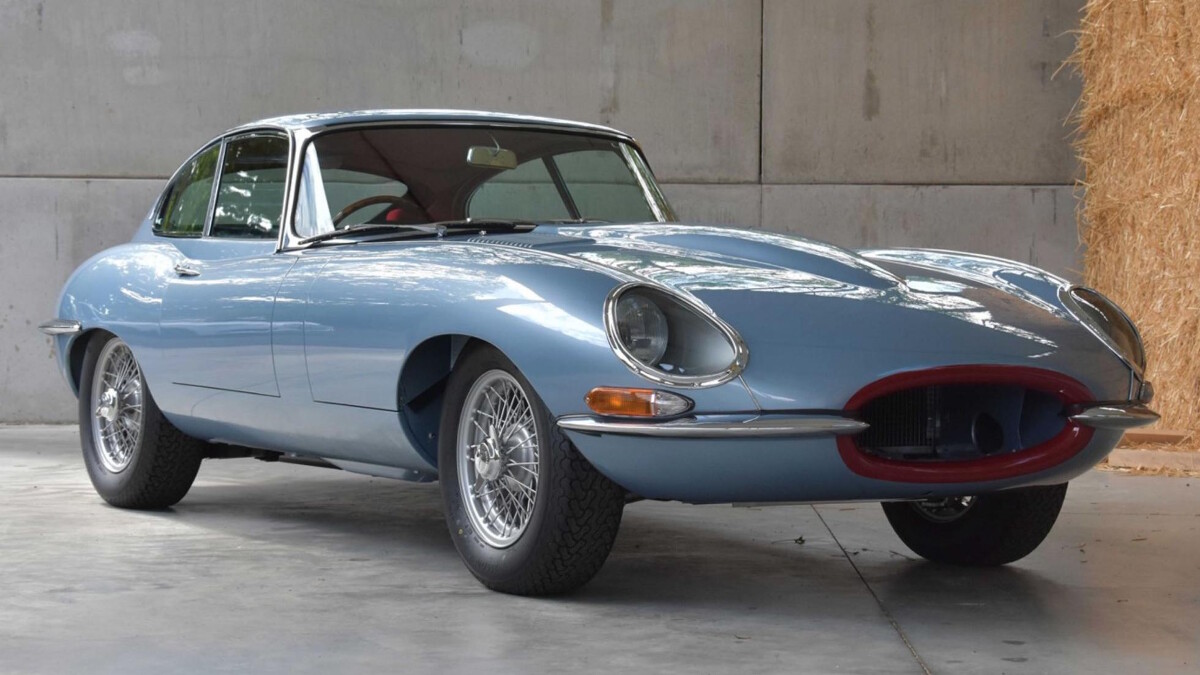 This 1964 Jaguar E-Type is a picture-perfect restoration job
View other articles about:
Read the Story →
This article originally appeared on Topgear.com. Minor edits have been made by the TopGear.com.ph editors.
Share:
Retake this Poll
Quiz Results
Share:
Take this Quiz Again
TGP Rating:
/20