Keanu Reeves has a special affinity for the Porsche 911

He now also has a motorcycle company
by Gerard Jude Castillo | Jan 20, 2016
CAR BRANDS IN THIS ARTICLE 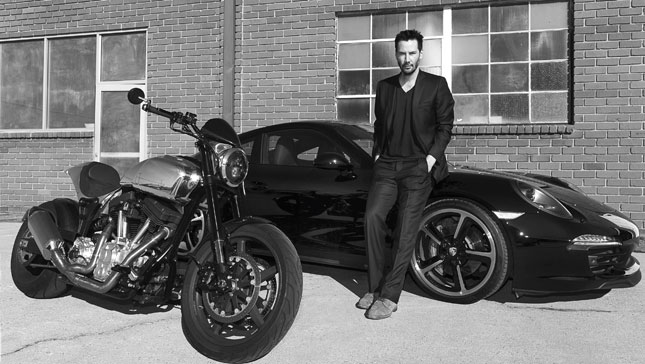 If you could have just one car, what would it be? For actor Keanu Reeves, the answer is simple: the Porsche 911.

The 52-year-old celebrity is fascinated with cars and speed. Ever since he was a kid, he has fancied anything on two and four wheels. Born in Beirut, he grew up in Australia, Canada and the US. Yet in all these locations, speed and vehicles were the binding force. As a child, he had a collection of Matchbox cars, including a red Ferrari 512 Berlinetta, a black John Player I race car with gold trim, and, of course, a gray Porsche 911.

Apart from the toys, real cars like a Citroen S, a Mercedes SL and a Porsche 911 Targa that belonged to friends and family were likewise instrumental in molding his passion. Reeves’s first car, a Volvo 122S in British racing green, wasn’t exactly the most glamorous ride for a 17-year-old. Yet the mere fact that it got him from Toronto to Los Angeles in one piece was more than enough for him to treat it with fondness. After owning the car for some time, it was time to move up. And thanks to his budding movie career, this was easy.

The young actor, who also wanted to become a nuclear physicist and a race car driver at one point, also loved motorbikes. He even bought a motorcycle each time he had a new film project, and later sold it at the end of filming. Despite having a slew of two-wheeled beauties, his favorite remains a 1973 Norton Commando that he keeps up to this day.

But just like motorcycles, his true love is the 911. For him, there’s just something about the classic shape and overall performance of the car that turns him on. His very first Porsche 911 was a black 993 with a sunroof and a manual transmission, of course. He fondly recalls taking every chance to drive up the Pacific Coast Highway in California, just to enjoy the power, speed and everyday usability. He even entered in the Porsche Driving Experience, and won the Celebrity Cup at the Toyota Grand Prix circuit in Long Beach in 2009. But alas, his time with his 911 was short-lived as it was stolen when he was away shooting on location.

Being the star of such box-office hits as The Matrix, Speed and My Own Private Idaho, Keanu Reeves could afford to replace his prized possession--not to mention purchase a slew of other steeds. Yet for him, nothing can take the place of the 911. So he became the owner of a 911 Carrera 4S, again with a sunroof and a stick shift. But this time, Reeves felt the allure of customization. His new 911 would have black anodized interior trim panels, as well as a 12-o’clock center marker on the steering wheel. This was made possible via the Porsche Customer Consultation Center in Beverly Hills.

As Reeves was brainstorming how to personalize his 911, he was likewise thinking of ways to fix up his Harley-Davidson. But as renowned bike customizer Gard Holliger told him, you never dress up a Harley.

It was this frankness that inspired the two to form the Arch Motorcycle Company. The fruit of their team-up is the KRGT-1. This unique creation is a performance machine that doesn't just look good, but is also very usable. In fact, it took its inspiration from Reeves's beloved 911. It has a timeless design that will appeal to many. And the good news is that they plan to produce some 100 units a year. This way, anyone (well, anyone who can afford them anyway) can have a taste of this dream machine.

We’ve always believed Keanu Reeves is one of the coolest people in Hollywood, and now that we know his taste in cars and bikes, we admire him even more. 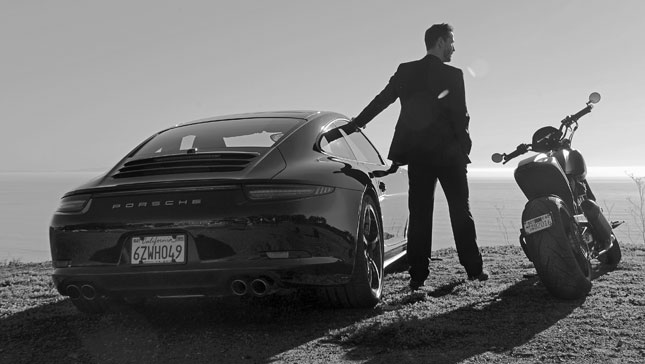 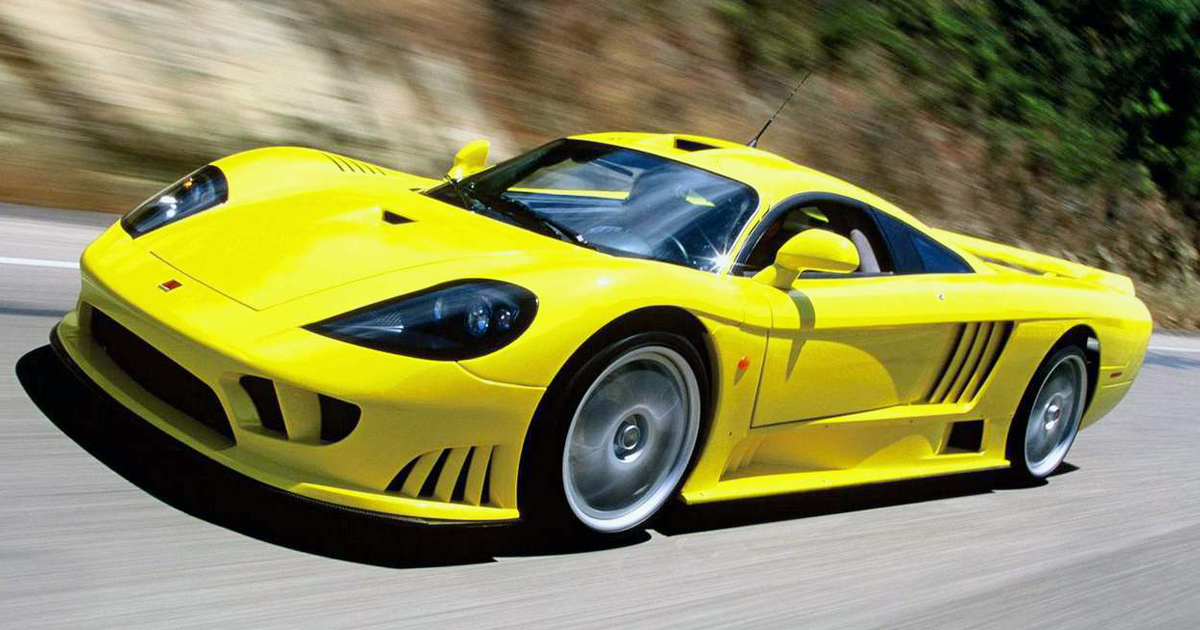 MSCC wants you to stop thinking of the WRX or even the M3 as a sports car
View other articles about:
Read the Story →
This article originally appeared on Topgear.com. Minor edits have been made by the TopGear.com.ph editors.
Share:
Retake this Poll
Quiz Results
Share:
Take this Quiz Again
TGP Rating:
/20