As the Mazda Miata turns 30, the passion for it is stronger than ever 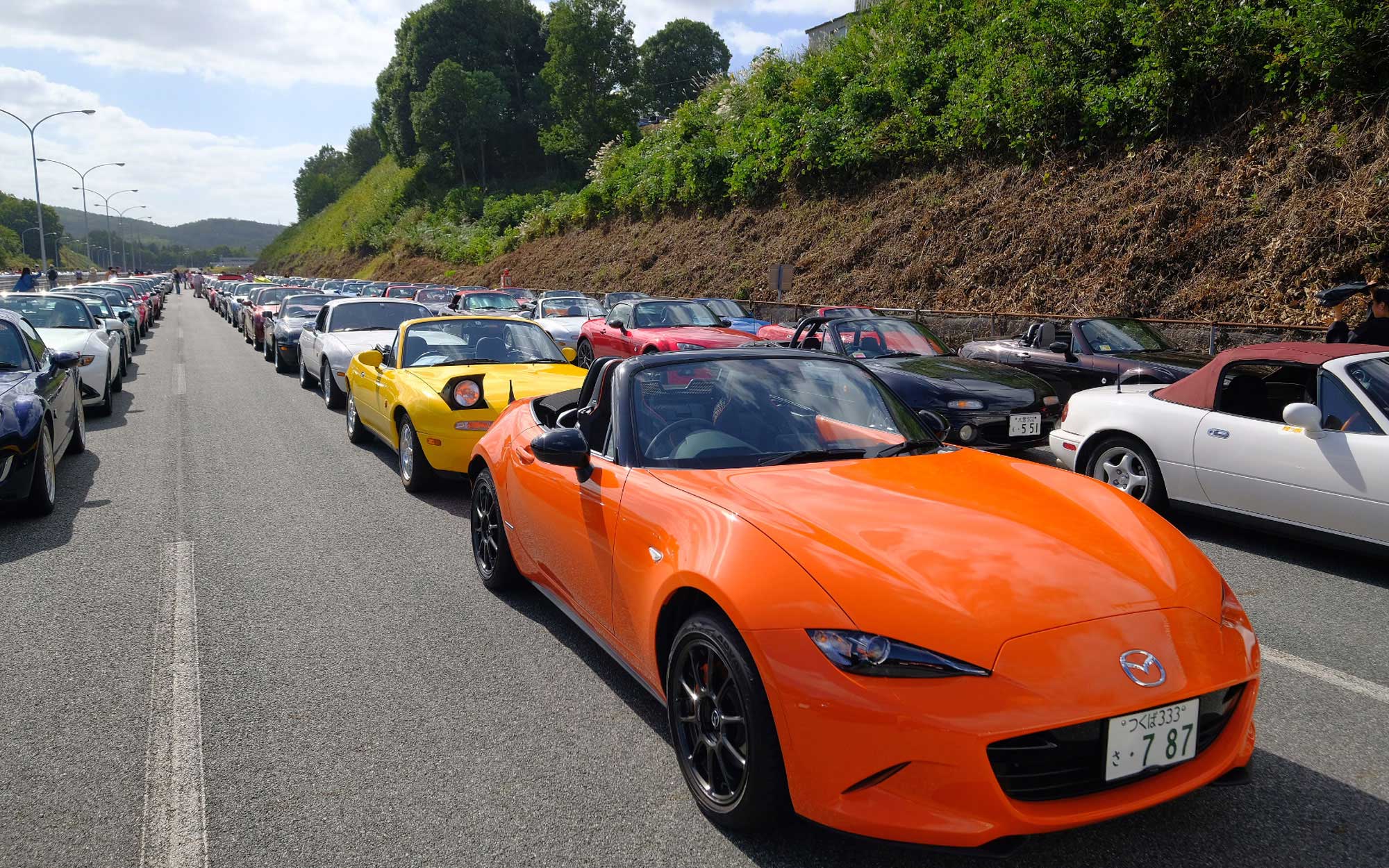 “What a relaxed working trip,” I thought to myself. It’s my fourth day here in Hiroshima, Japan, and today I will be attending the Mazda MX-5’s 30th anniversary celebration at the Japanese carmaker’s Miyoshi proving grounds. I will be joining the enthusiastic Miata Club Philippines members—more than a hundred of them—who flew in just for the occasion.

The days preceding this have been unusually chill by Japanese standards. Normally, working trips in Japan are characterized by crammed schedules, early call times (that tragically start before the breakfast buffet opens), and lengthy presentations. So far, all we’ve done is a museum tour and a visit to Mazda’s headquarters.

This relaxed pace lets us soak in Hiroshima’s charm. This charming city is a contrast to the bustling side of Japan that we usually see, and it’s refreshing. The pace of life feels slower, and the weather is cool without being chilly. Perfect roadster weather, actually. Hmm…

Today we boarded a rented bus, rode for about an hour and a half, and entered Mazda’s top-secret test site. SOP for all facilities like this is we’re not supposed to take photos as soon as we enter the premises. But we’re here to celebrate the birthday of a special baby in the Mazda family, so the rule is relaxed. The grounds are massive and unreachable by train, giving off the vibe that you only come here when you’re invited or you have specific business.

Earlier during the bus ride, club member Romy David was telling the group how a handful of them attended the 20th anniversary celebration a decade ago. They did most of the journey by rail, then hitched a ride with all the Miatas entering Miyoshi. It was a testament to the MX-5 brotherhood spirit that all of them found willing Miata drivers to ferry them inside.

Now, having three full buses of attendees in 2019 as opposed to just a handful enthusiasts in 2009 goes to show just how supportive the Berjaya-owned Mazda Philippines is of the active club’s members. This wouldn’t have been possible without the backing of Mazda PH president and CEO Steven Tan, and senior PR and marketing manager Mikko David (you’re a real Top Gear PH fan if you know that name).

One of the highlights of Miyoshi is a massive banked oval, and this is where we see a breathtaking traffic jam. There are 2,300 Miatas of all generations laid out in an organized grid. We ooh and aah for a few seconds and then the view disappears—a preview of what lay ahead.

After our bus drops us off, we head to a stage where a program is going to take place. It’s a simple anniversary celebration befitting a simple car: introduction of the Mazda clubs onstage, a bazaar of memorabilia and Miata items, ongoing tours of the Miyoshi grounds, and a parade of the thousands of Miatas parked on the oval in the afternoon—the highlight of the event.

And while all this is going on, Mazda club members from all over the world are signing each other’s banners, swapping stickers, and taking photos of special MX-5s on display in a separate area.

As is the tradition with Miata anniversaries, one MX-5 has been set aside for attendees to sign, and there’s a long line of people waiting to be a part of this tradition. The Miatas signed during the 10th and 20th anniversaries are on display, and I see some individuals looking for their name. Since I’m neither a fan of long lines nor a Miata owner, I move on to my specialty—the food stands. Part of the appeal of Japanese celebration are the yummy treats, and they don’t disappoint.

While sipping my melon soda float after having a plate of yakisoba, I saunter over to the mini bazaar, where T-shirts, stickers, diecast models, and bags are being sold. There is another long line of gearheads clutching scale-model Mazdas to be paid for. I wouldn’t be surprised if the sellers are cleaned out by the end of the day.

Before noon, the Miata Club Philippines delegation gathers near the stage to be recognized. Founding member Eddie Salonga goes up and gives a short intro, then calls his club forward. The club banner is held up and everyone poses for a group photo. At over a hundred members in attendance, the Philippine delegation is the largest outside of Japan, and certainly the most cheerful.

Mazda PH has also arranged a bus tour of the Miyoshi proving grounds, and this time we’re not allowed to take photos save for a specific portion of the banked oval. We are shown different surfaces that simulate various road conditions around the world. There is a pockmarked portion for (presumably) Third World roads, a wet section for traction testing, and even a cobblestone area with stones imported from Belgium at great cost.

At one point, our guide points toward a nondescript building with a slightly rustic look. He says this is the design studio, and he hasn’t even been there because it’s so top-secret. It’s a short but impressive tour, and it reminds me that while Mazda is a humble global player in the automotive industry, it is a global player with serious resources at its disposal.

After the bus tour, I notice I’m near the massive Miata parking lot that we first saw coming in from the gate. It’s even more impressive up close. The MX-5s are not organized by generation, color, or any discernible order. Someone from our group points out that the majority of units are manuals, which shouldn’t be a surprise if you think about it.

The grid of roadsters is so big that there’s no way I’d be able to see everything. One thing I notice is that most of the cars feel lived in and driven, but still well-maintained. I see phone mounts, stickers, stuffed toys, and signs of weathered interiors. These guys drive their Miatas as roadsters, clearly, and I salute them for that.

I feel a twinge of sadness when I see the one I like, the Miata I keep telling myself I will have someday—a ceramic white fourth-generation ND with bronze wheels. It’s beautiful just parked there, basking under a perfect day.

I head back to the main staging area and see that the lines have thinned considerably. Mikko invites us to the 30th anniversary signature car, which is almost completely covered by names at this point. I look around and find a tiny but workable spot. I tell the marshal in charge of the signatures that I want to sign here, gesturing that too much yakisoba and melon sodas is making it hard for me to kneel and reach the lower parts of the car. He approves. I grab one of the pens and write my first name near the right door. I feel better. I may not have an MX-5, but now I’m part of one.

At this point, it’s time for the culminating activity: the parade. We gather at the oval with everyone else and wait for the cars to start moving. We hear a buzz in the air, and we look up to see a helicopter hovering with what seems to be a camera protruding in front. No amateur drones for this event, no, sir.

The Miatas begin moving, and there’s just love all around. The drivers wave; the owners and spectators from where we stand waved back. What I realize is that there’s no tacky MX-5. Some owners have customized their roadsters for camping, or with animal themes, or with questionable color schemes, but it doesn’t feel like blasphemy. It’s just drivers expressing what they imagine their Miatas to be, and no modification is wrong if it comes from what you truly want.

In the end, this laid-back trip makes sense. Mazda could have locked us in a room and given us engineering presentations to last until the 40th anniversary celebration. But the Miata was designed to be something that allows you to slow down and appreciate the world outside. Why should its birthday party be any different?

So, from a very *ahem* big fan, happy birthday, Miata! 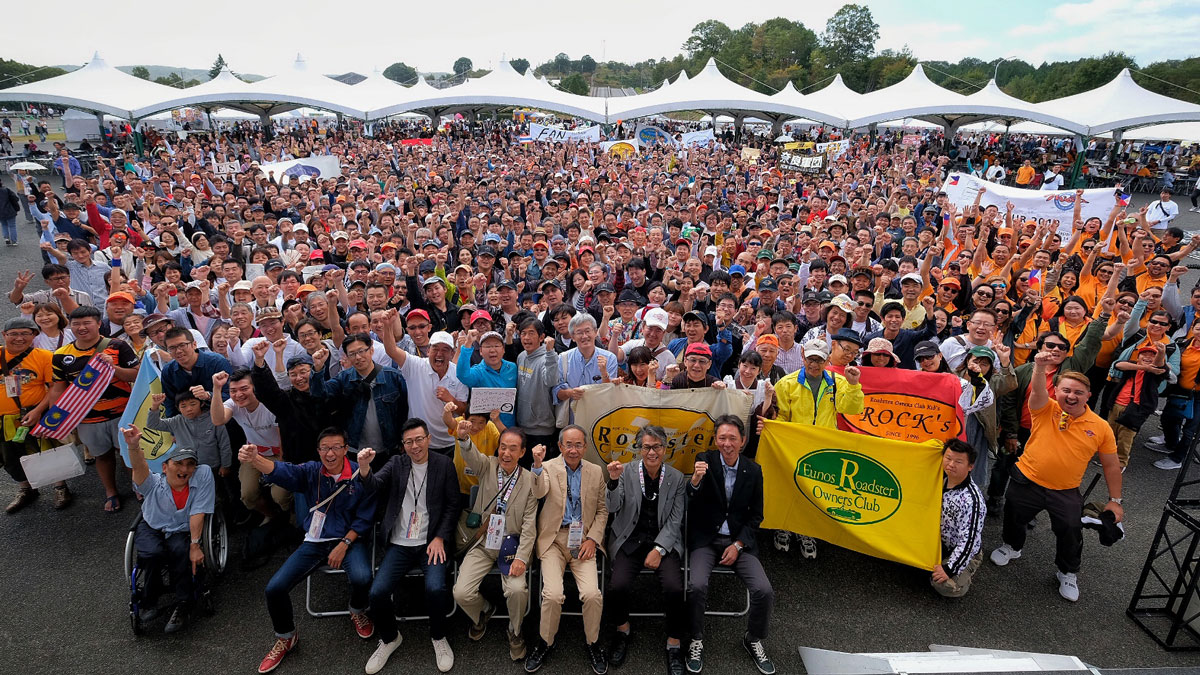 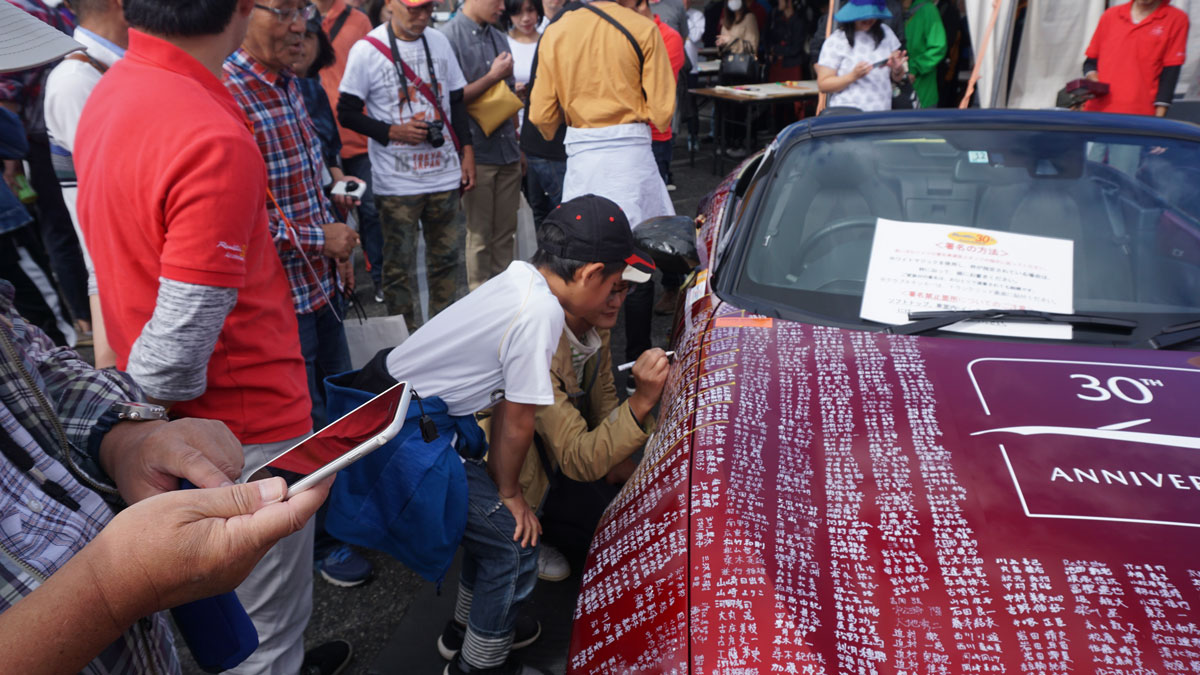 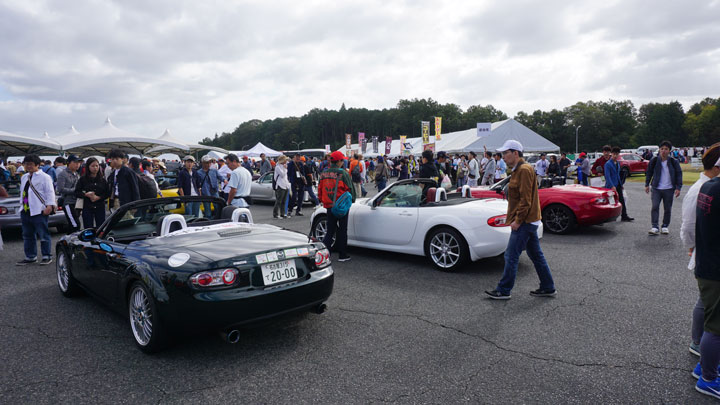 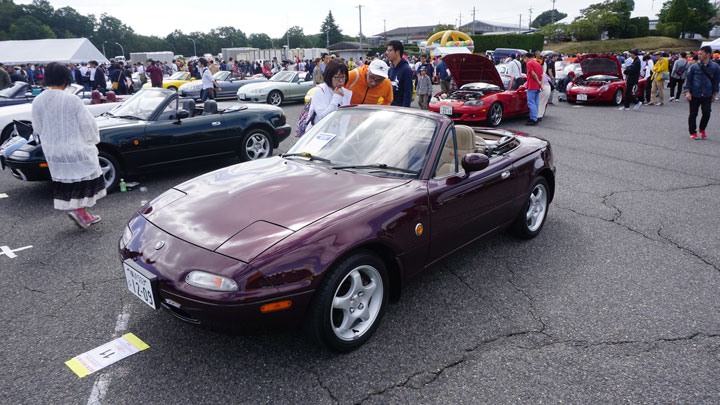 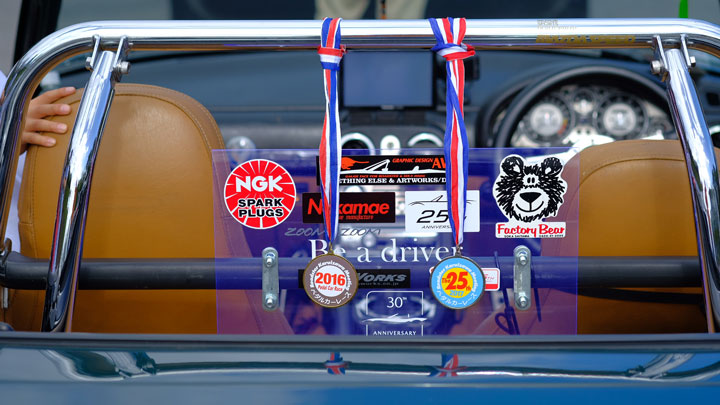 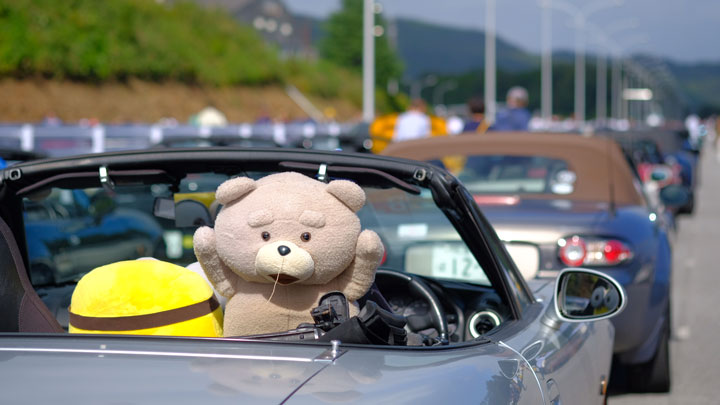 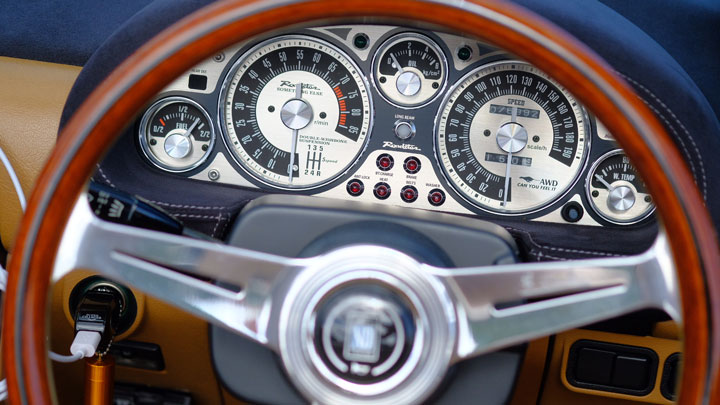 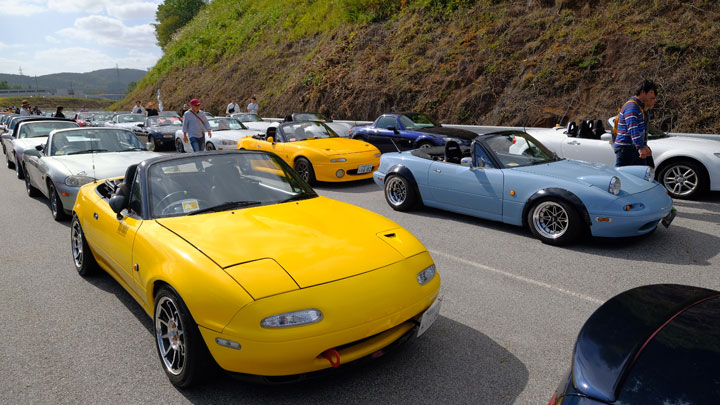 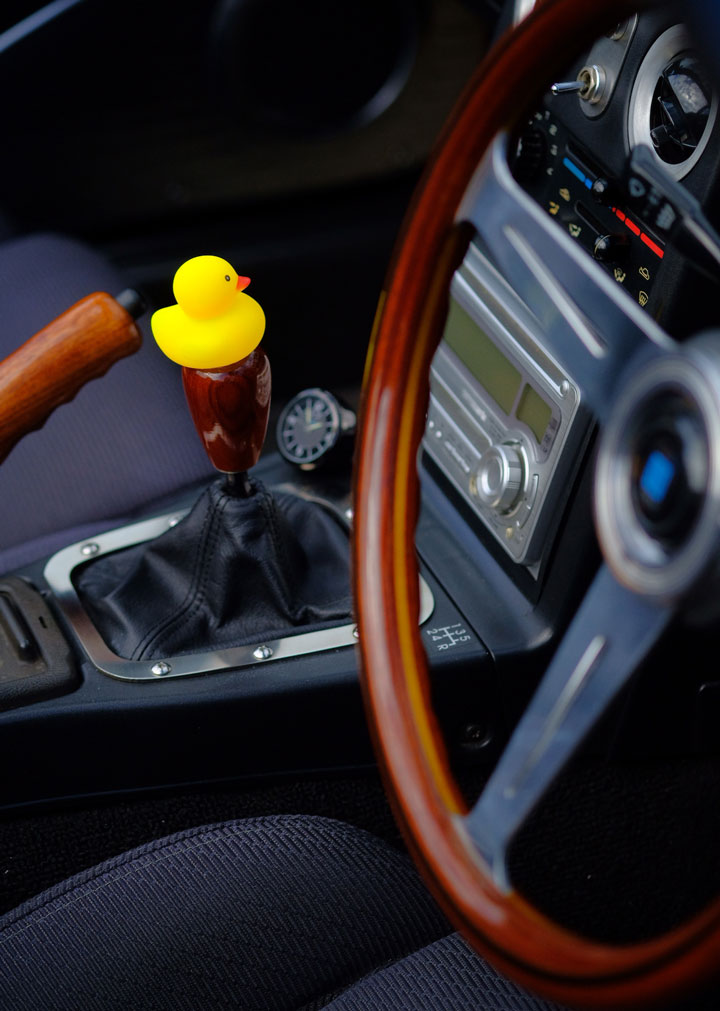 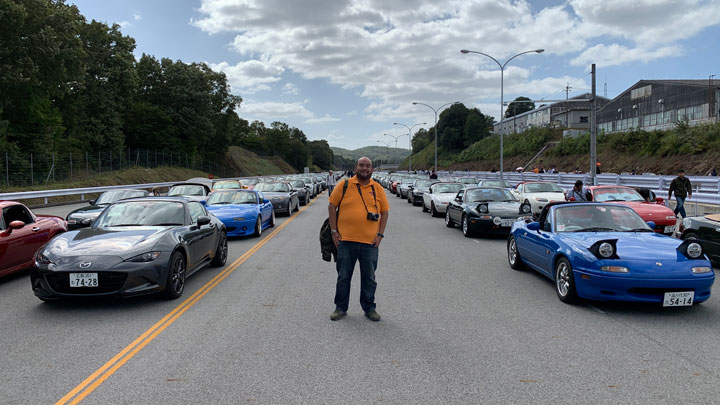 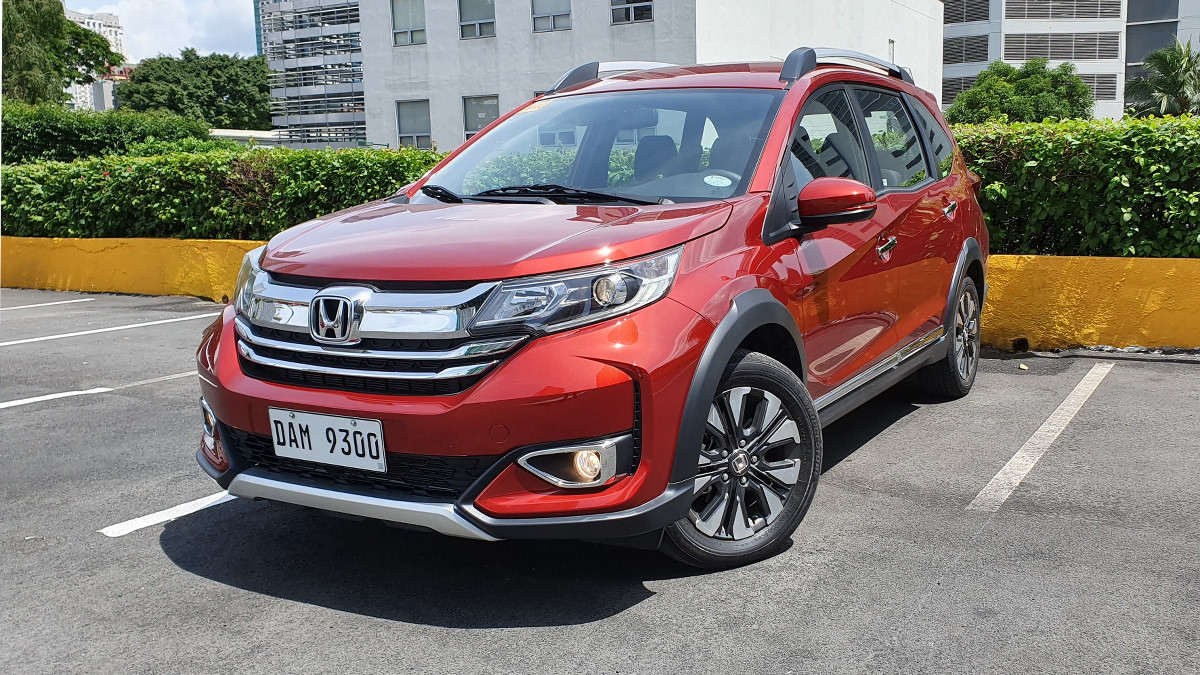 The Honda BR-V hasn’t changed much. So what?
View other articles about:
Read the Story →
This article originally appeared on Topgear.com. Minor edits have been made by the TopGear.com.ph editors.
Share:
Retake this Poll
Quiz Results
Share:
Take this Quiz Again
TGP Rating:
/20