10 Things motorists and commuters should expect under GCQ

Anyway, Metro Manila is switching things up once again. This time around, we’re shifting (or returning) to a general community quarantine period (GCQ). President Rodrigo Duterte announced that the National Capital Region (NCR) will be put under GCQ starting on June 1, 2020, and while it’s a long shot, hopefully, there’ll be no need for authorities to clamp down again.

All that said, everyone—drivers, commuters, motorcycle riders, and hell, even cyclists and pedestrians—should expect a few things if they plan on heading out under GCQ.  Here are 10 of the bigger ones:

Don’t expect checkpoints to go away any time soon. Authorities may have loosened up the rules regarding movement, but checkpoints will remain scattered throughout Metro Manila to keep LGU borders and major thoroughfares in check—you know, free of motorists who shouldn’t be outside.

And, in case you haven’t been paying attention, individuals still are not allowed to cross city borders unless they are authorized persons outside residences (APOR). In a recent interview, Joint Task Force Coronavirus Shield (JTF CV Shield) commander general Guillermo Eleazar said that authorities are already expecting unauthorized individuals to be out and about once Metro Manila shifts into GCQ.

Not sure if you’re allowed to head out under GCQ? Here’s a full list of APORs provided by the Metropolitan Manila Development Authority (MMDA).

2) Cashless will be the new norm

Authorities are encouraging the use of cashless transactions when taking public transportation. Most forms of mass transport are expected to offer the option not just under GCQ, but moving forward under the new normal.

The Department of Transportation (DOTr) and Land Transportation Franchising and Regulatory Board (LTFRB) already have partnerships in place with GCash and PayMaya to allow PUV operators to offer commuters cashless forms of payment. Grab, for its part, has already announced it is narrowing down its payment options to just GrabPay and credit or debit cards.

“Cashless payment, particularly in taxis and TNVS, is part of the ‘new normal,’ and we are glad that our drivers and operators have easy and convenient options such as PayMaya, so that they can quickly implement this solution for the safety and benefit of their riders,” LTFRB head Martin Delgra III said announcing his agency’s partnership with PayMaya.

We mentioned that Grab is now limiting payment options to just GrabPay, credit, and debit cards, but that change is only the tip of the iceberg.

Under GCQ, GrabCar vehicles are required to have non-permeable acetate barriers in place and can only carry up to a maximum of two passengers. Passengers are also required to complete an online health and hygiene checklist prior to trips, and the company has put a system in place that will allow it to track and notify passengers exhibiting symptoms of COVID-19.

You can check out a full list of the ride-hailing firm’s operational changes here. Angkas and other motorcycle taxi services, meanwhile, are still not allowed under GCQ.

4) Now might be the time to buy a bike

For the first time in, uh, forever, the government is taking the plight of the cyclist seriously. To say that owning a bicycle over the past two months came in handy is a massive understatement, and now politicians and government agencies are seriously planning to make pedal-powered two-wheelers a sizeable part of movement in the metro.

So far, a bill called the Safe Pathways Act has been filed in the Philippine Senate in hopes of creating pop-up bicycle lanes and emergency pathways to make the country friendlier for cyclists and pedestrians, and at least one politician has called on the DOTr to include biking and pedestrian infrastructure in its budget. Cross your fingers that everyone’s newfound love for bicycles will carry over once this pandemic is finally over.

Frankly, it’s still too early to tell what exactly traffic will look like under GCQ. A lot of images are going around on social media showing traffic jams that span for kilometers, but these were likely taken along thoroughfares with checkpoints that drastically slow traffic. It’s safe to say, though, that there will be a noticeable jump in cars out on the road once GCQ finally kicks in.

While nothing is final yet, the Metro Manila Council (MMC) has already recommended the implementation of a modified number-coding scheme.

Details regarding this measure, though, are still scarce. But the MMDA has already said that frontline workers will be exempted from a modified number-coding scheme if ever one is implemented. This is something to watch out for if you’re a private motorist.

If you plan on taking trains in Metro Manila during GCQ, we’re advising you as soon as now to set aside a considerable amount of time for waiting in line.

Earlier this month, reports surfaced saying commuters should expect waits at train stations to take between two to three hours. The Philippine National Police (PNP) even demonstrated what the situation in train stations will look like during GCQ.

The LTFRB has already started accepting applications “rationalized” bus routes within Metro Manila. A total of 4,600 slots are up for grabs for public buses along 31 rationalized routes including North EDSA-Fairview, Cubao-Antipolo, Buendia-BGC, and Ayala-Alabang, among others. One nice development is that buses plying these routes must have colored markings with their corresponding route code. Check out the map below:

By the way, officials are also considering overhauling EDSA by turning the outermost lanes into bicycle lanes, and the innermost ones into bus lanes. Let’s see how this pans out.

While trains, taxis, transport network vehicle services (TNVS) like Grab, and even tricycles will be allowed, all of these options will operate in a drastically limited capacity. Expect buses, UV express rides, and jeepneys to return with limited passenger capacity once GCQ shifts into phase two come June 22, 2020.

The general rule here is that a vehicle cannot carry more than two passengers per row of seats. A sedan, for example, may only contain four people: The driver, one front passenger, and two rear passengers. If, however, you drive a three-row midsize SUV, the maximum allowed occupancy is six people.

Motorcycles are allowed, but backriding is not. Again, it’s important to note that only APORs are allowed to be out. 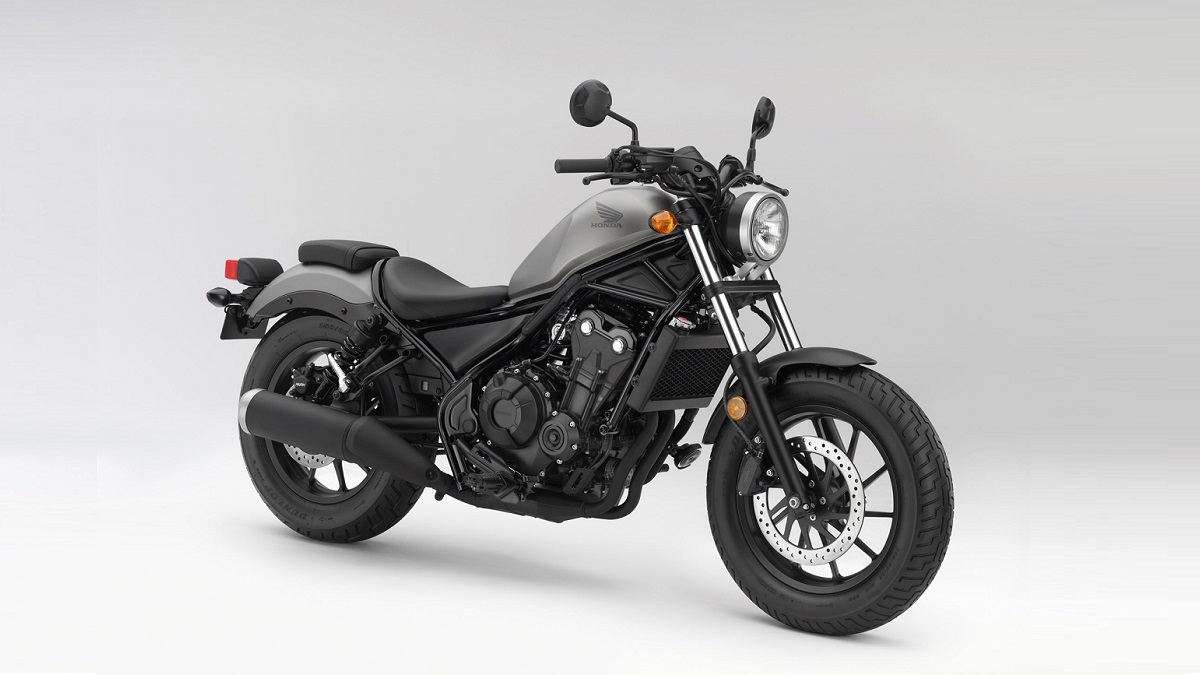 In Indonesia, the Honda Rebel 500 sells for almost double its PH price
View other articles about:
Recommended Videos
Read the Story →
This article originally appeared on Topgear.com. Minor edits have been made by the TopGear.com.ph editors.
Share:
Retake this Poll
Quiz Results
Share:
Take this Quiz Again
TGP Rating:
/20