Opinion: SUVs should be more like the Land Rover Defender

It stays true to its ute roots
by Stephen Dobie | Aug 29, 2020
CAR BRANDS IN THIS ARTICLE

The Land Rover Defender. I don’t wish to be contrary, but I’m not really into it. I think I’m immune to the apparently insatiable excitement that surrounds its great comeback—the one that’s seemingly years and arguably decades late. Yet after spending a few days with a D240 110, I hope it inspires a sea change in the SUV market.

It’s not my cup of tea simply because I didn’t grow up around Defenders like a number of my colleagues did. But a few days in the new 4x4’s presence has convinced me that its numerous nods to Land Rovers past aren’t cloying references, but genuinely useful features.

Funny that. All the things the original LR’s designers fitted for practical reasons have taken on a new life, an aesthetic cap-doff necessary to give the new Defender a unique selling proposition over the dozens upon dozens of SUVs it goes up against. And yet because they were practical first and foremost, so they continue to be today. Too many modern crossovers are ginormous on the outside, but cramped and dark inside. Suddenly, the Defender’s slab sides, set-square styling, and those additional strips of glass in its roof aren’t just stylistic devices, they’re key components in one of the airiest-feeling car interiors at any price.

It feels different to the X6s, the Q8s, and the GLEs of this world everywhere you look. Clamber up into the cabin, and you just prod the starter button and go. There’s no need to sit there working out which driving mode you need; the Defender’s only selections relate to off-roading, so if you’re sticking on road, you just drive the thing. No utterly gratuitous ‘Dynamic Plus’ mode to inject treacle into the steering rack and free an extra inch of response in the throttle, thank the lord.

It’s joyously unsporting to drive, in fact. There’s a wealth of performance SUVs that tear my morals in half. On the one hand, a Porsche Cayenne or a Bentley Bentayga is a truly incredible feat of engineering, metaphorically shedding size and weight when driven hard. But on the other, it’s also flamboyantly pointless. If you want to drive a car like that, you should buy a 911 or a Continental GT. Or get a secondhand MX-5 or 86 to accompany the big practical vehicle your life clearly requires.

The D240 isn’t the slowest Defender you can buy, yet it feels just quick enough for the job. Which is the perfect amount, as any more speed would be superfluous. The same goes for its ability to go round corners: It’s sharper and less wallowy than the old Defender (a low bar, it must be said), but Land Rover has made no tangible attempt to make it handle anything like a lower-slung sports sedan. Comfort is the focus, as it should be in a big family bus.

Same goes for the use of fabric and plastic in place of leather and alcantara. Land Rover has pulled off a real trick of making its interior utilitarian without feeling budget, proving all the shiny wood and fake suede of similarly priced SUVs are rather silly.

That price, it must be said, is in the ballpark of £60,000 (P3.85 million; click here for Philippine prices). This is where the Defender heads back into murkier territory for me, as what felt like a solid, sensibly spec’d car on first acquaintance turns out to be something priced quite far up the food chain. But this thing’s big, so you’re at least getting a heck of a lot of car for the money. I think it could be 95% of the size and little less practical for most normal humans. There’ll be plenty of farm gates that’ll feel much more of a squeeze than they did in the old Defender.

A few days in its company hasn’t fully opened up my heart to this car, but that’s just because I don’t sit even on the fringes of its target audience. I like stuff that’s lightweight, low to the ground, and painfully stiff on a B-road. But I have mighty respect for the new Defender because it’s precisely none of those things, nor does it try to be. The same can’t be said for countless SUVs on the market today

I may not be the Defender’s number one fan, but if its popularity can convince Land Rover’s almost endless stream of rivals to tread a less pointlessly sporty path, I’ll be one of its biggest advocates. 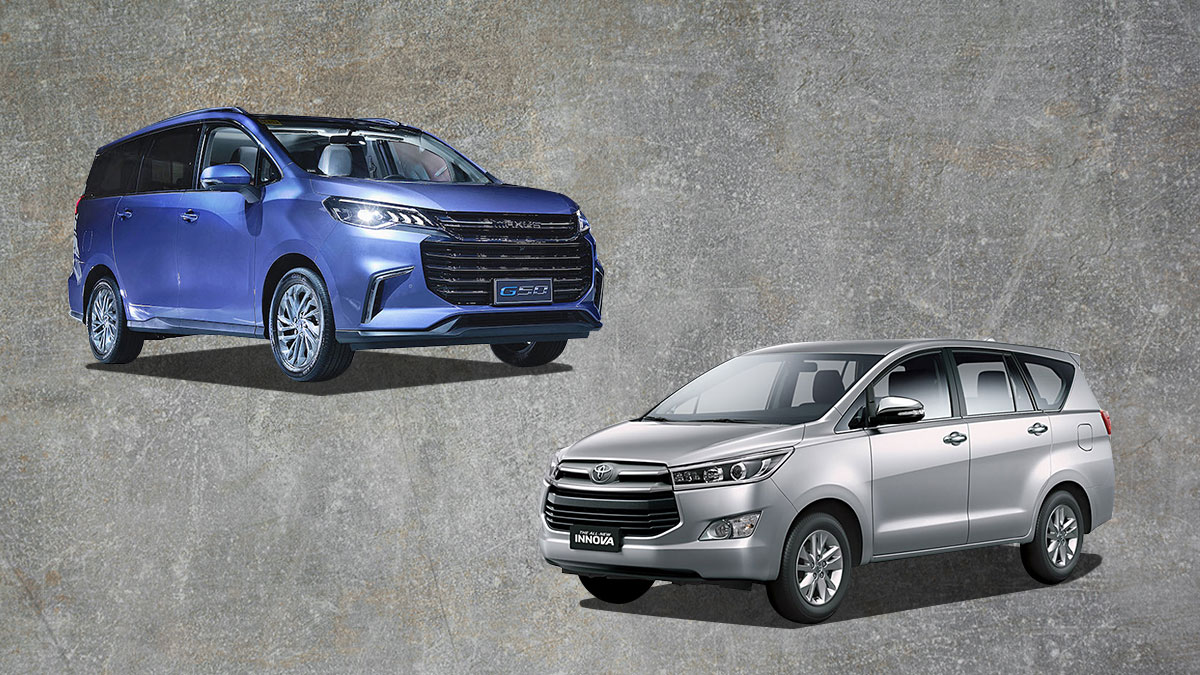 Spec-sheet brawl: Maxus G50 vs. Toyota Innova
View other articles about:
Read the Story →
This article originally appeared on Topgear.com. Minor edits have been made by the TopGear.com.ph editors.
Share:
Retake this Poll
Quiz Results
Share:
Take this Quiz Again
TGP Rating:
/20