We predict what the facelift will look like
by Andrew Guerrero | Oct 14, 2014
CAR BRANDS IN THIS ARTICLE 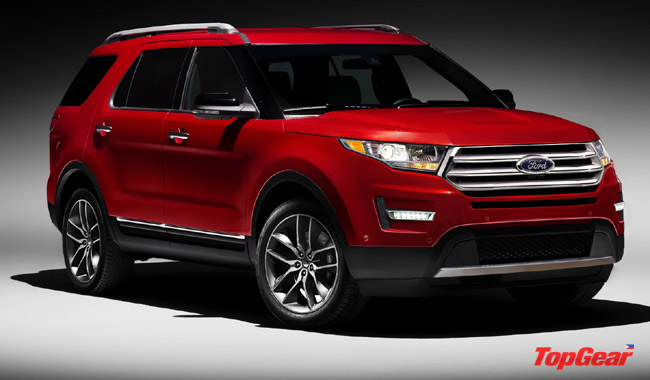 The current Ford Explorer has remained very popular since its launch in North America some four years ago and in the Philippines a year later. It's hard to believe that it has already been that long. With the arrival of updated and all-new rivals, the Blue Oval guys aren't just sitting around. They obviously want to maintain their position in the midsize/large SUV market.

In the last few months, spy photos of the refreshed Explorer started to surface on various websites, blogs and forums. According to leftlanenews.com, which also published a recent set of spy photos showing the Explorer prototype with only light camo, Ford's SUV will receive a new grille, new slimmer headlights and LED fog lights. This should align its styling with its smaller sibling, the all-new Ford Edge midsize crossover.

Based on another set of spy photos on releasecar2016.com and fordhp.com.br, the vehicle will feature rectangular exhaust tips (at least on some models), and squarish LED brake lights on what could be slightly smaller taillight clusters. Since this is just a mid-cycle refresh, the revised Explorer body is largely unchanged from the current model.

Expect an updated interior to go with the updated exterior. Ford will most likely use this as an opportunity to introduce its more user-friendly versions of SYNC and MyFord Touch to the Explorer range.

The engine options still remain a mystery, but speculations suggest that newer engines found on other recently unveiled new-generation Ford models could replace the current Explorer engines. One of the possible new engines is the 325hp 2.7-liter EcoBoost V6, which is an option on the all-new F-150 full-size pickup and the upcoming all-new Edge. The other possible engine option is the 2.3-liter EcoBoost engine, which was introduced on the all-new 2015 Mustang and the Lincoln MKC compact luxury crossover. Although this engine can produce up to 310hp in the performance-oriented Mustang, the milder but still powerful 285hp version on the MKC would most likely be the more logical option for the Explorer.

Looking into our automotive crystal ball, we render how the refreshed 2016 Explorer might look like. Feel free to share your thoughts on these renderings. Do you think its Edge-influenced styling is an improvement from the current model? 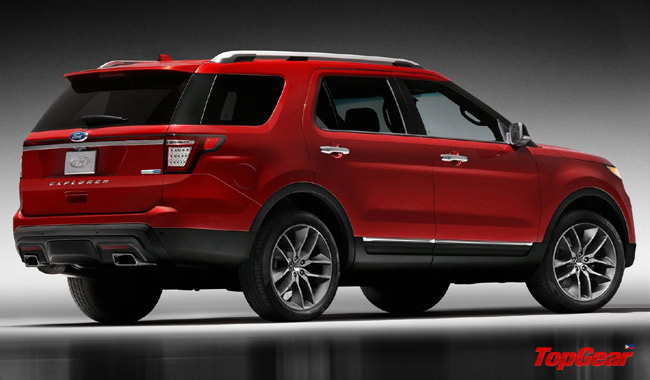 Instagram post of the day: BMW M4 with badass M livery and no roof
View other articles about:
Read the Story →
This article originally appeared on Topgear.com. Minor edits have been made by the TopGear.com.ph editors.
Share:
Retake this Poll
Quiz Results
Share:
Take this Quiz Again
TGP Rating:
/20