We’ve seen a number of Toyota AE86 builds and restomods in our lifetime, but this latest one we’ve come across is probably the first of its kind: The Toyota AE86 ‘Pandemic Mobile.’

The Pandemic 86, as its creator Stevo also calls it, is an off-road-ready version of the legendary hachi-roku. The concept’s a far cry from the usual racing- and track performance-centric builds that we usually see, and that’s what truly makes it all the more interesting. It’s what Takumi Fujiwara would probably be driving if Initial D had a post-apocalyptic theme.

Among the many modifications Stevo has given the AE86, the most notable are the raised ride height, the TE37 wheels shod in BF Goodrich mud-terrain tires, and the roof rack and what seem to be flood lights up top. We reckon Takumi would have no problems delivering tofu with a go-anywhere vehicle like this one.

We chatted with Stevo to get to know a bit more about his work and this particular project. He shared his passion for cars and racing, and told us that he draws inspiration from cars that “push the limits of performance.” He also shared a bit about how he came about this Pandemic 86 concept.

“I came up with the concept as the entire world was going through the pandemic. I wanted a vehicle that could survive an apocalypse, one that could take on the rough roads and scenarios that would most likely be ahead of us,” said Stevo.

Stevo also talked about the car’s design, and he said that he liked putting sponsor decals on his work to finish things of. “The livery on the car is inspired by Ivan Stewart and his Toyota trucks that we raced. It’s super iconic in the racing world, and if you’ve ever played the game Super Off-road, his car is on the cover of it!”

Asked why he chose the AE86 to build his concept upon, this is what Stevo said: “The AE86 is a classic car with wonderful proportions and fun-filled performance to back it up. I wanted to take something familiar to people but create a twist to it; to turn something that was meant for on-road racing into an off-road vehicle.”

What do you make of this Pandemic 86? If you were given the chance to take something like this out for a spin, where would go? 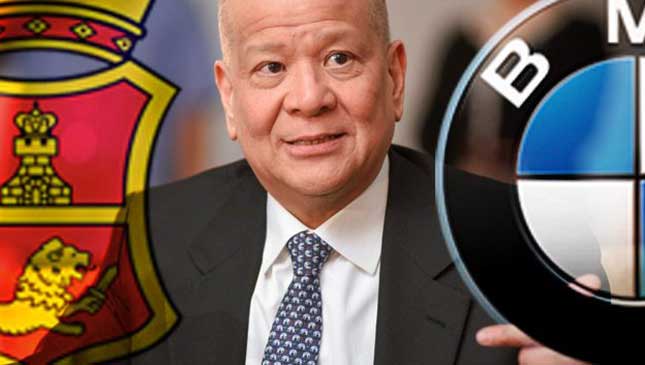 Report: Tinkering with his cars is part of Ramon Ang’s morning routine
View other articles about:
Read the Story →
This article originally appeared on Topgear.com. Minor edits have been made by the TopGear.com.ph editors.
Share:
Retake this Poll
Quiz Results
Share:
Take this Quiz Again
TGP Rating:
/20