Have you tried getting your car inspected?
Mar 4, 2021

For the better part of three years, I’ve been insisting that my parents have the braking issues of their 2009 Toyota Fortuner addressed. Each time I’ve brought this up, I’ve been brushed off with either one of two replies: “We’ve had it fixed already,” or, “The brakes are fine.”

Taking into account how often my Dad would flip-flop between the two answers and his penny-pinching ways, I don’t need to be a detective to figure out I’m being played for a fool. That, and I’ve had my fair share of close calls while driving the midsize SUV.

Our ride is a testament to the Japanese brand’s storied reliability, but as with all things mechanical, years of use and abuse take their toll. In this unit’s case, Father Time has chosen to mess around with its stopping power, and unless the brakes only decide to bite like a toothless newborn pup whenever I’m behind the wheel, this household is in for a very rude awakening. 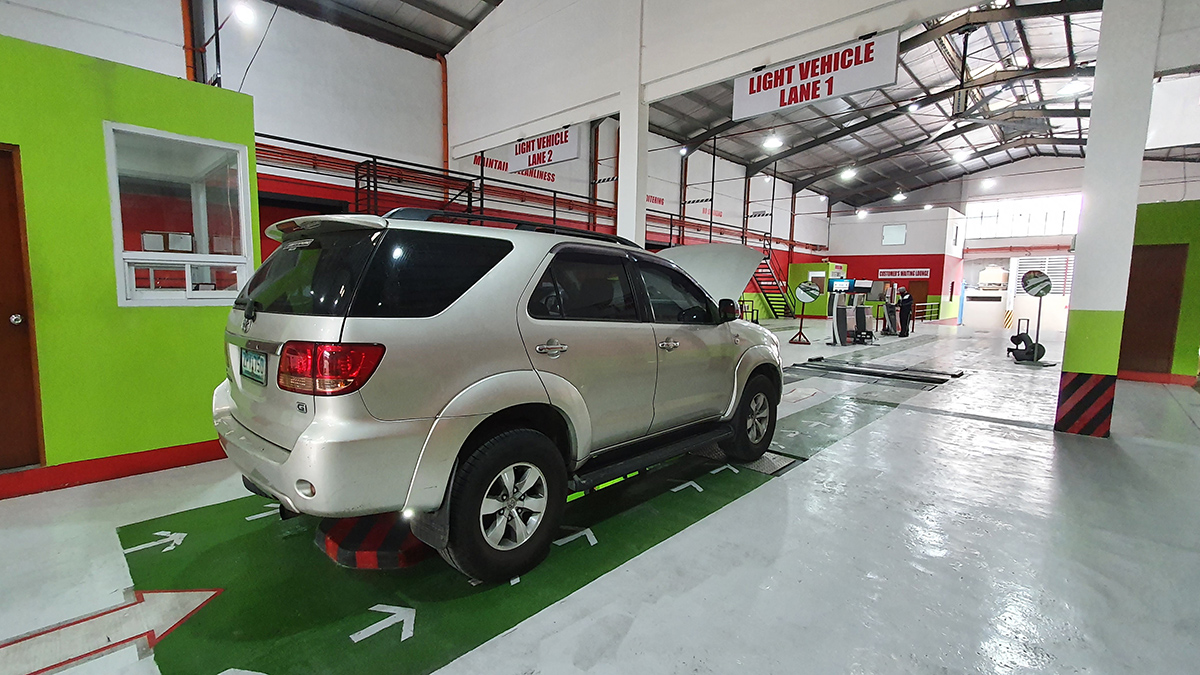 But today, I finally convinced my Dad to pony up. What changed? A quick visit to a private motor vehicle inspection center (PMVIC) in Valenzuela City.

Full disclosure: Our Fortuner was tested free of charge not because the media entity I belong to has invested in the facility, as some people claim (fake news, by the way), but as part of a media tour hosted by the Vehicle Inspection Center Operators Association of the Philippines (VICOAP). Well, sort of. By the time I escape EDSA traffic and arrive at the event half an hour late, the tour is already over and everyone is proceeding to a nearby venue for lunch.

At least the Triple A technicians who remain are more than happy to run me and the Fortuner through the entire Motor Vehicle Inspection System (MVIS) process step by step. And with no VICOAP officials or representatives present, we can skip the PR and politics and focus strictly on what really matters: the car.

I’m asked to drive into the PMVIC and step out of the vehicle for the initial visual inspection. Picture this as sort of an ocular patdown that will determine whether your ride is fit enough to undergo the rest of the process. 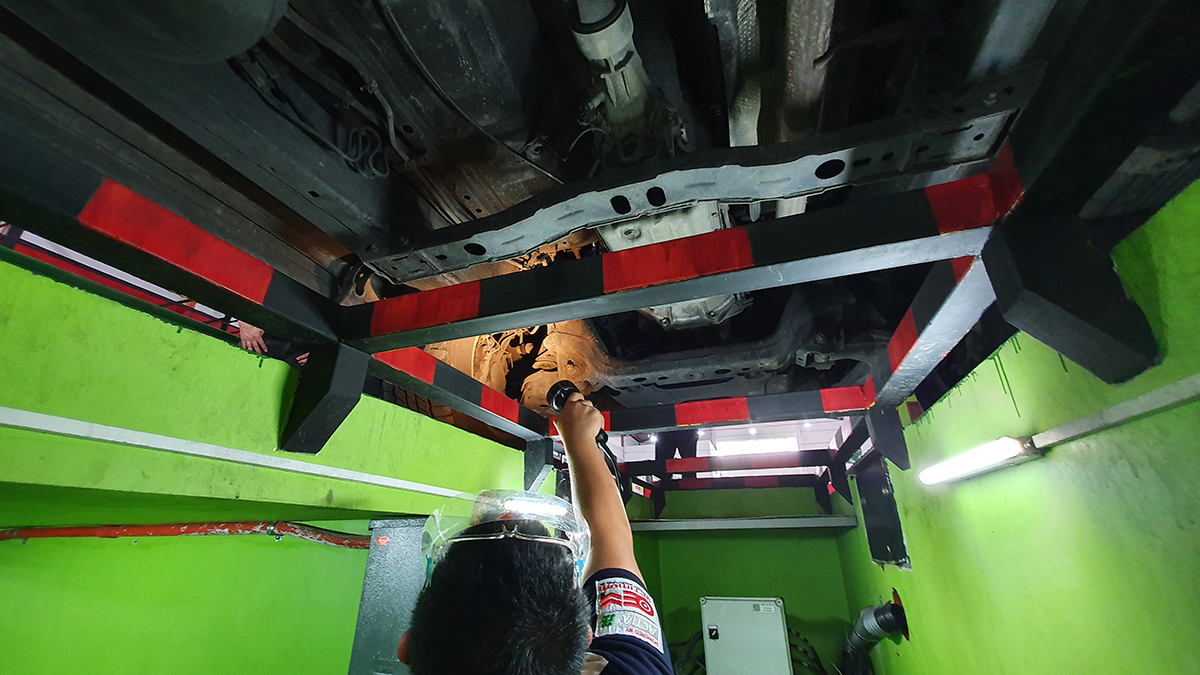 Del, the testing manager, explains he’s looking for telltale signs that the vehicle will fail the MVIS—a busted taillight, a revealed portion of the undercarriage, worn tires, or a bumper being held by a handy piece of alambre. You’ll only be charged if you make it through this. Our Fortuner, despite looking worse for wear, passes, and we proceed to the undercarriage inspection area.

I descend into the inspection pit to see the process. Armed with a flashlight and a tablet containing a checklist of components, a technician observes the undercarriage as the vehicle shakes and vibrates overhead. This, Del says, will reveal leaks and loose parts. So far, so good. 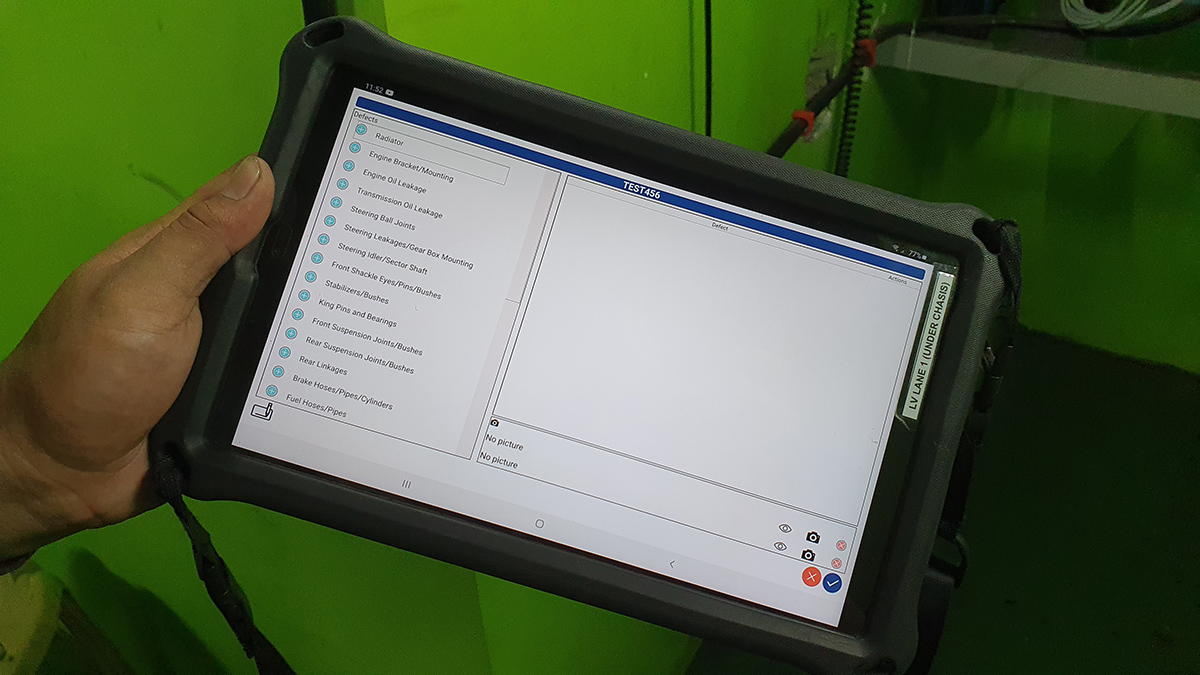 A small laser measures the Fortuner’s wheel alignment as it drives toward the suspension and brake testing area. It’s important to note that the braking power and suspension for each wheel are recorded separately, and that if any of the four fails, the entire car fails, too.

The vehicle begins to shake to simulate a bumpy road, and sensors underneath the platform read and record resistance. I’m confident the Fortuner will pass here as its suspension was tuned just before the COVID-19 pandemic hit, and true enough, this is the case. 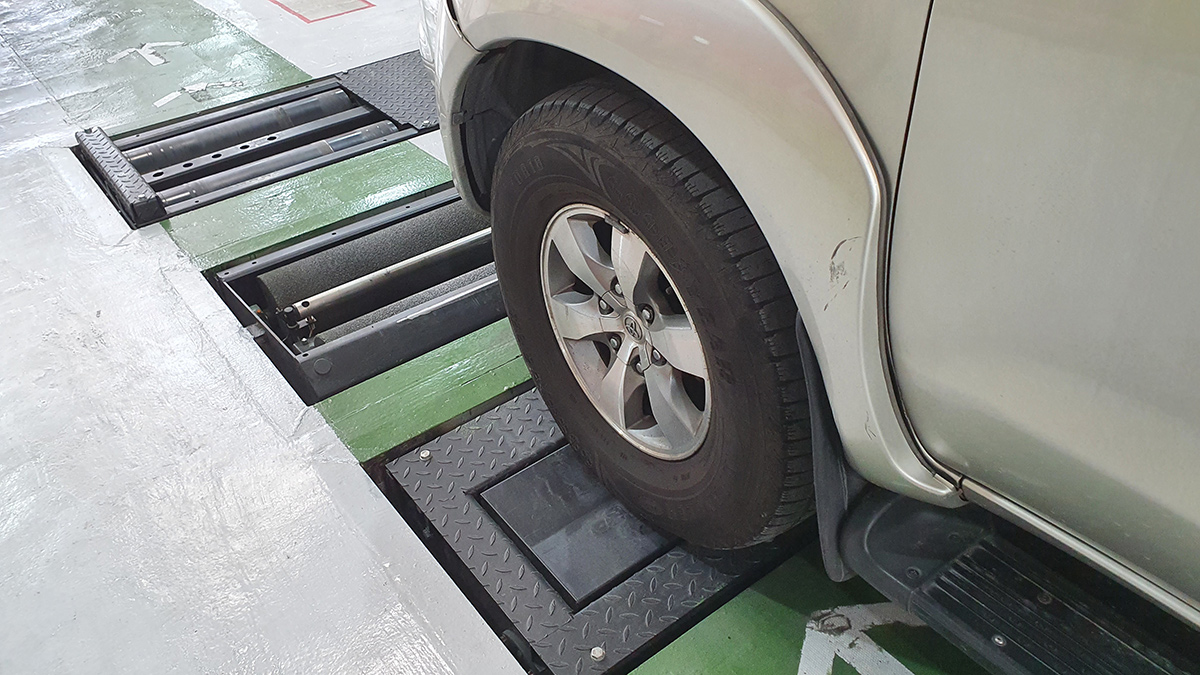 The front wheels then plant themselves onto a pair of rollers that begin to speed up. A technician presses on the brake pedal, and a series of graph lines displayed in a monitor up ahead begin to climb. The vehicle then lurches forward to position the rear wheels and proceeds to repeat the process.

Surprise, surprise: The Fortuner’s brakes perform miserably. Anything less than a score of 50 is an automatic fail, and our unit’s front and rear brakes score 54 and 27, respectively. Oh, and the parking brake fails the test, too. Well, f***.

At this point, any results from the tests that remain are moot. The vehicle has failed, and its brake issues will have to be dealt with before it returns for a retake within 60 days. Testing proceeds, anyway, to see if there are any other problems that need to be fixed. 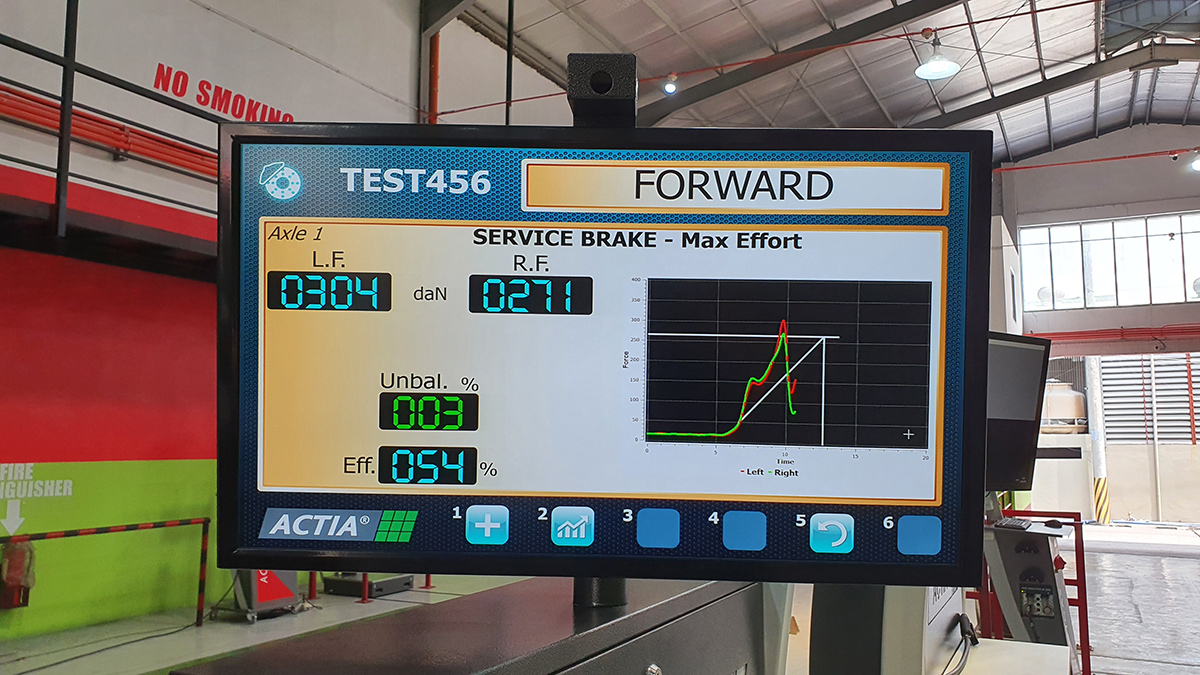 The wheels make their way onto the speedometer testing mechanism to determine if the SUV’s readings are accurate. A technician presses on the accelerator and slowly lets the speedo climb to 40kph as the rollers underneath collect data and show off their own speed reading on a nearby monitor. No issues here.

Again, the Fortuner moves forward, this time stopping at the emissions and sound level testing bay. You’re all familiar with the emissions test, and what transpires here isn’t very different from what you’d come across at a private emissions testing center (PETC). A microphone beside the unit, meanwhile, measures how many decibels the vehicle produces while idling and during revs. The MVIS limit for diesels is 110 decibels, and the Fortuner records 75 and 80 decibels while idle and revving, respectively. 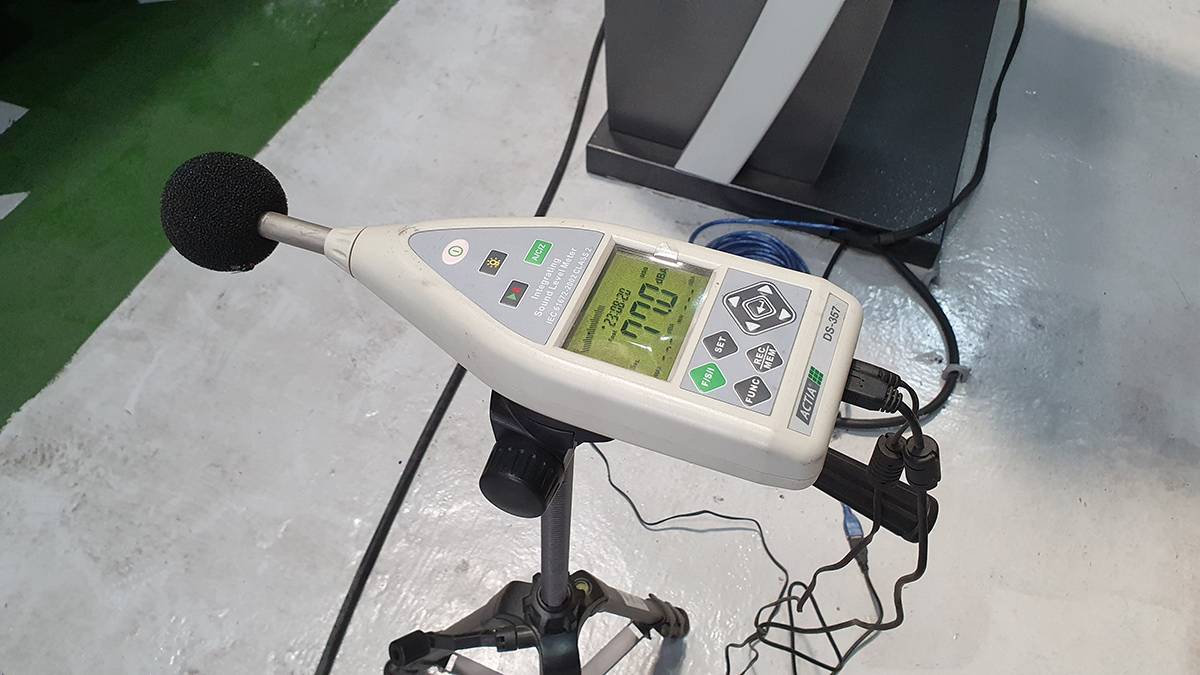 Finally, the headlight test. Everything up to this point has been conducted via rollers and other floor-mounted rigs, and I’m pleasantly surprised to see there’s a fair bit of flash involved in the last procedure.

A bar equipped with a sensor pops out and positions itself to read each headlight’s intensity. I’m kind of on the edge of my seat as this is all happening as the Fortuner’s headlights are already kind of foggy, but, both bulbs easily surpass the minimum intensity of 10,000 lumens.

Del prints out my results, albeit with dummy personal and vehicle information since I can’t submit these to the Land Transportation Office—all of this was just a demo. 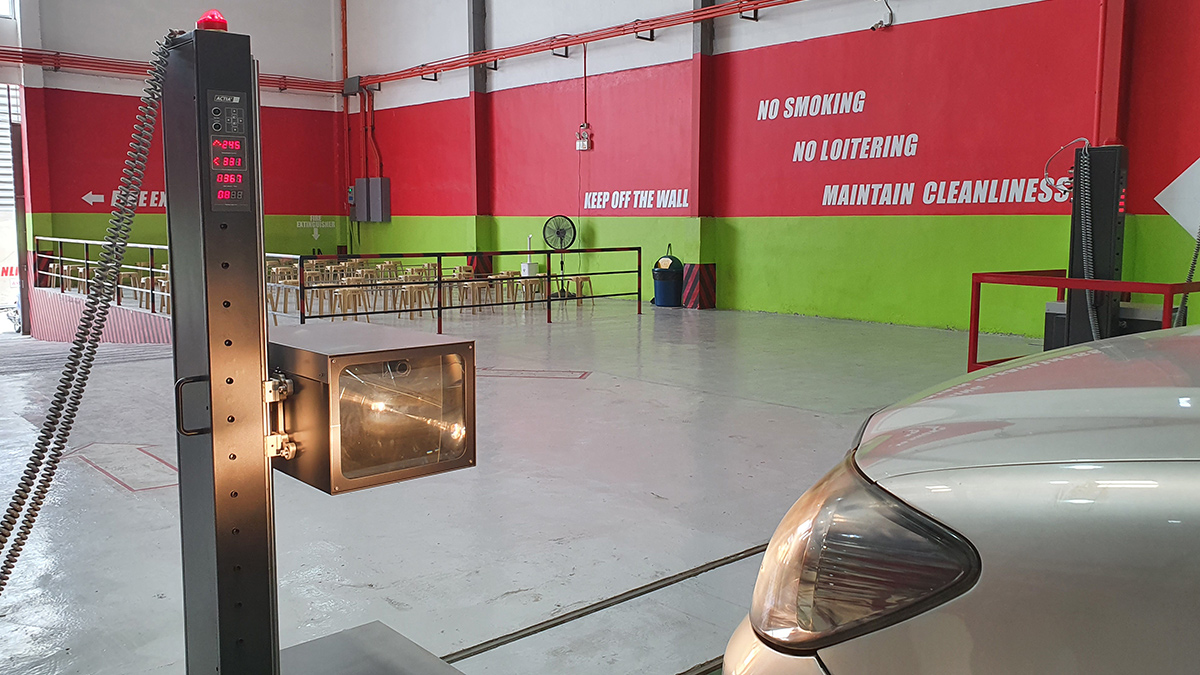 “This is to certify that the motor vehicle described above has FAILED the MVIS test.”

I drive home and immediately present the MVIS results to my Dad, who is visibly miffed I had the vehicle tested without his consent. Only when I reveal that the inspection was conducted for free do the brows on his face begin to loosen, and with the evidence laid out before him, he reluctantly agrees to finally get those damned brakes fixed. Chances are whatever’s wrong with our Fortuner is going to cost a pretty penny to repair, but this vehicle in its current state is, simply put, an accident waiting to happen.

My Dad has been a very vocal opponent of the MVIS since the moment the P1,500 to P1,800 testing fee (which has since been lowered to around P600 for private cars) came out several months ago. By his logic, there’s no need for the government to regulate vehicle maintenance as it is in every motorist’s best interest to keep his or her ride in safe working condition. 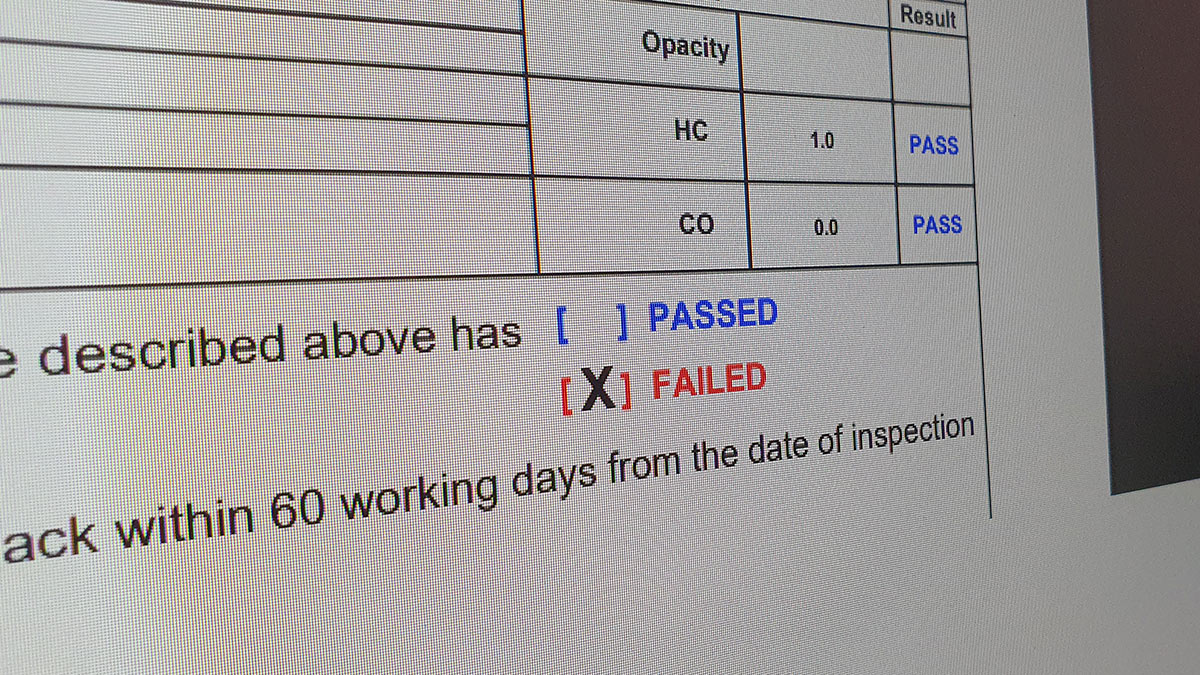 But that’s the thing. How many other stubborn or misinformed car owners are out there driving around with shoddy brakes? And we aren’t even taking into account the thousands of rundown jeepneys, buses, and other PUVs roaming our streets. A system like this is put in place exactly for the purpose of weeding these cases out.

Cold, hard fact: The way the MVIS and PMVICs have been rolled out leaves much to be desired. There’s a clear lack of transparency as to how and to whom PMVIC contracts have been awarded, and I’m not going to be naïve and say operators are spending millions to set these facilities up purely out of concern for the motoring public. PMVICs are an investment, and there’s money to be made here. But can we not say the same of the PETCs that have dominated the service up to this point?

In the end, we all lose. Again. Right now, though, I’ll rest easy knowing there’s less of a chance someone in my household ends up on the evening news. Thank you, Del, and the rest of the Triple A crew for this. 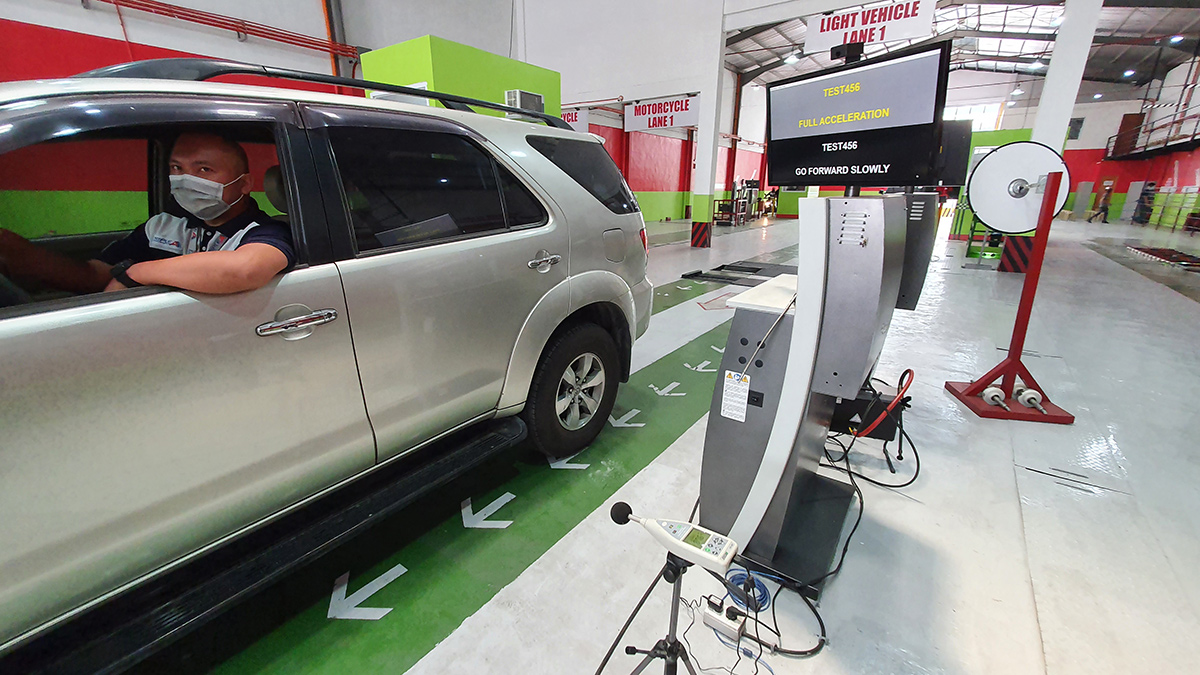 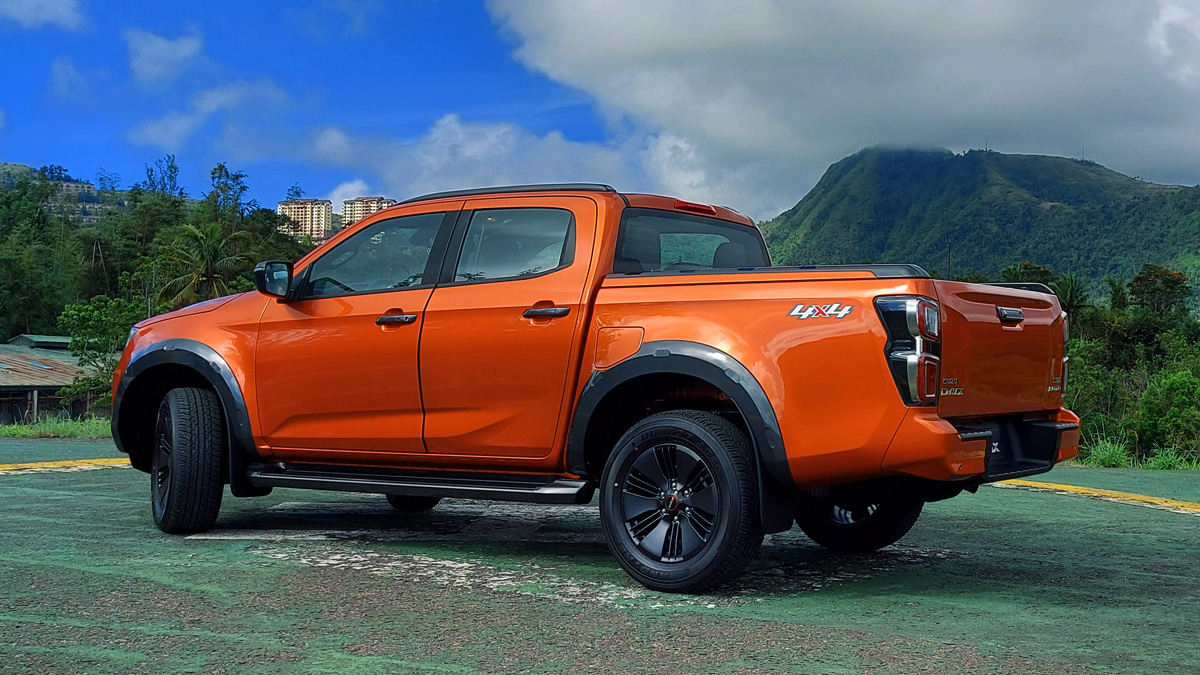 Specs, variants, prices: Everything you need to know about the 2021 Isuzu D-Max
View other articles about:
Read the Story →
This article originally appeared on Topgear.com. Minor edits have been made by the TopGear.com.ph editors.
Share:
Retake this Poll
Quiz Results
Share:
Take this Quiz Again
TGP Rating:
/20