At around 4am on November 4, 1998, Kazuhiko ‘Smokey’ Nagata pulled off the hard shoulder into lane two of the A1(M) and came to a stop.

With rain falling and the mercury hovering just above freezing, he pinned the throttle, dropped the clutch, and performed a monstrous burnout in the middle of the road. Satisfied the Midlands were suitably sluiced in tire smoke, he gunned his heavily modified, 1,003hp, Japanese-registered, gold-painted Toyota Supra with one aim in mind: hitting 200mph (322kph). 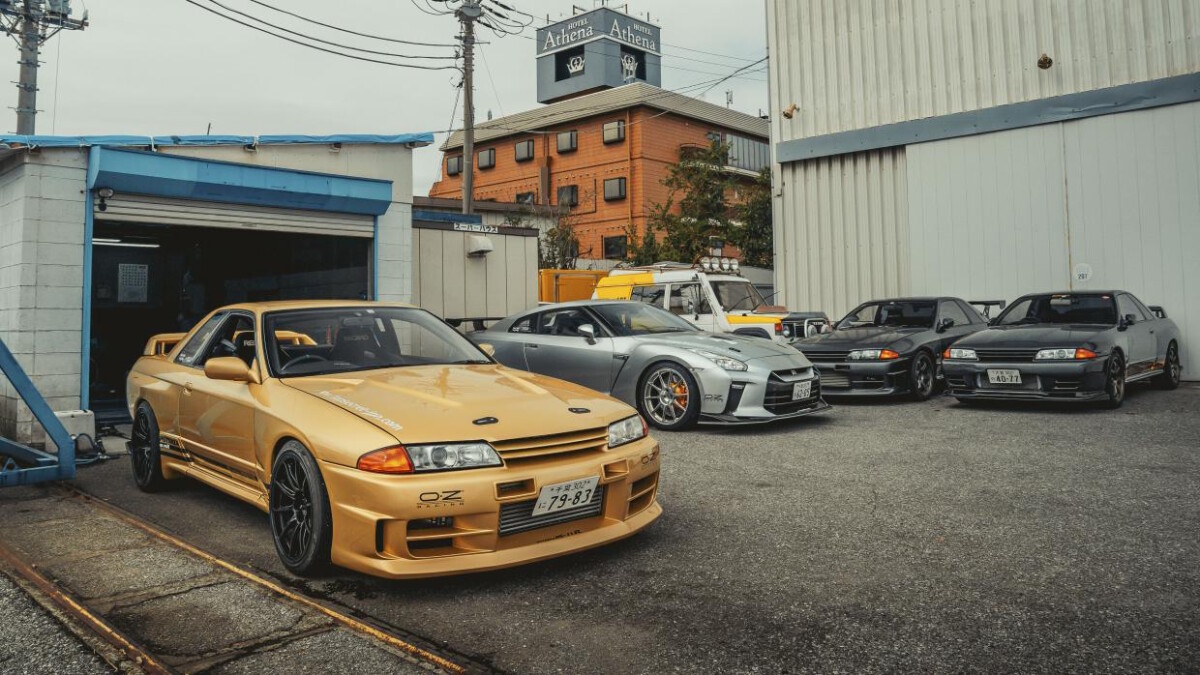 Due to some complications (the engine running lean on one run, the car wanting to jettison its hood at around 305kph on another), he had a few attempts but ultimately fell short of the double ton, clocking 194mph (312kph). More than enough to unofficially claim the dubious, dangerous record of the fastest speed ever reached by a car on a UK public highway. It wasn’t long before the winter darkness filled with blue lights: The police made chase and arrested him, resulting in Smokey having a night at Her Majesty’s pleasure (a remarkably lenient sentence that wouldn’t happen today) before fleeing back to Japan, worried his tuning company was going to go under. In reality, quite the opposite happened.

His escapades hit the headlines, and the grainy footage of him illegally squirreling down the highway from the cameras gaffer-taped to the car went VHS viral—instantly catapulting him to legendary status within the tuning community. It was the ultimate ballsy PR tool for his company—Top Secret—proving that his cars were the real deal. 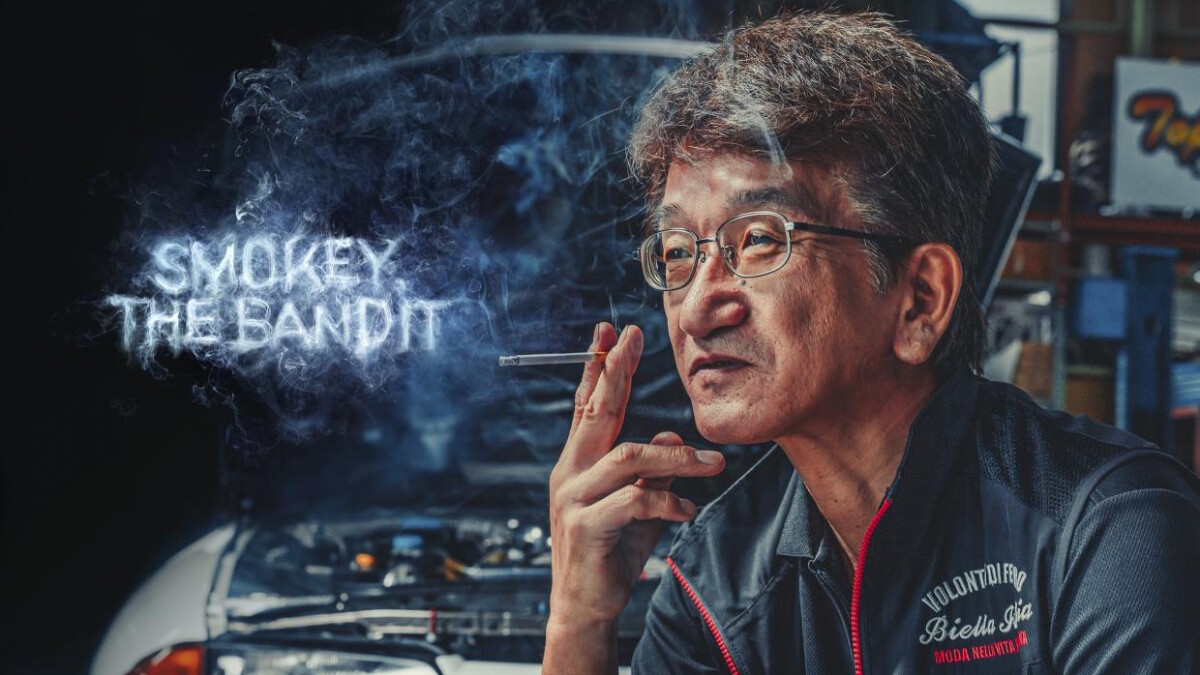 Fast-forward 20 odd years, and the perpetual nature of social-media algorithms has propelled that grainy footage to a new generation. Two decades on, Top Gear heads to Japan to learn a bit more about the man, the myth, and the truth behind that highly dangerous night.

“What do you want to know?” Smokey asks, crossing his legs while exhaling a thick cloud of smoke in front of one of his iconic cars. Indeed, he’s a proper, old-school habitual chuffer; it’s rare that the 56-year-old doesn’t have a cigarette loosely hanging from his lips. 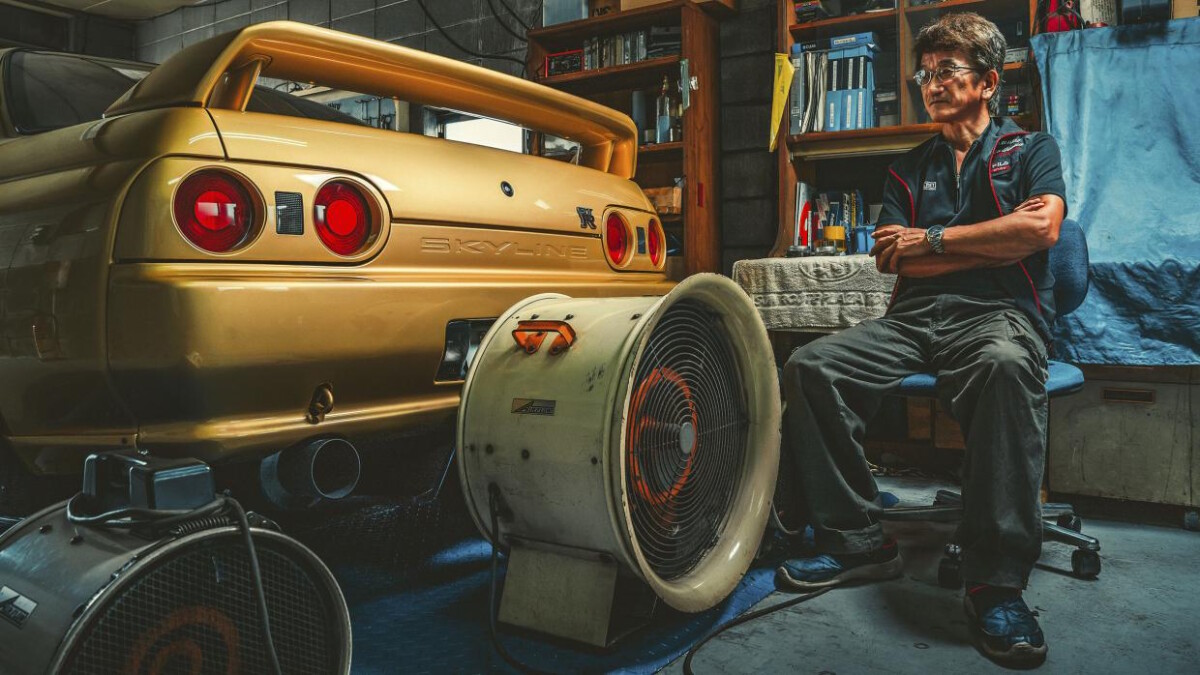 Considering his infamy as a 320kph+ maniac, Smokey doesn’t have the look of a menace to society. He’s softly spoken and anxiously fidgets in conversation, often cowering back into a shell of introversion that wraps around his stunted, slight frame. But it’s unwise to judge him by his mannerisms. Inside, there’s a burning extrovert. One that doesn’t stand for social suppression or authority, a trait only exercised in and around cars.

“I grew up on a farm in Hokkaido,” he says, dragging in a hefty toke from his cigarette. “It’s Japan’s northernmost prefecture, so there’s not much going on. But my father loved driving fast, so I became obsessed with the sensation of speed and started tinkering with cars. I bought my first when I was 15 years old—a Mitsubishi Galant GTO. But I struggled to fix it, so a local boss at Toyota helped me get it running. When we did, I started driving it to school. But, [because I was] only 16, it was illegal, so when the teachers found out, I was expelled.”

This, as you’ll learn, won’t be Smokey’s only tussle with authority in his life. 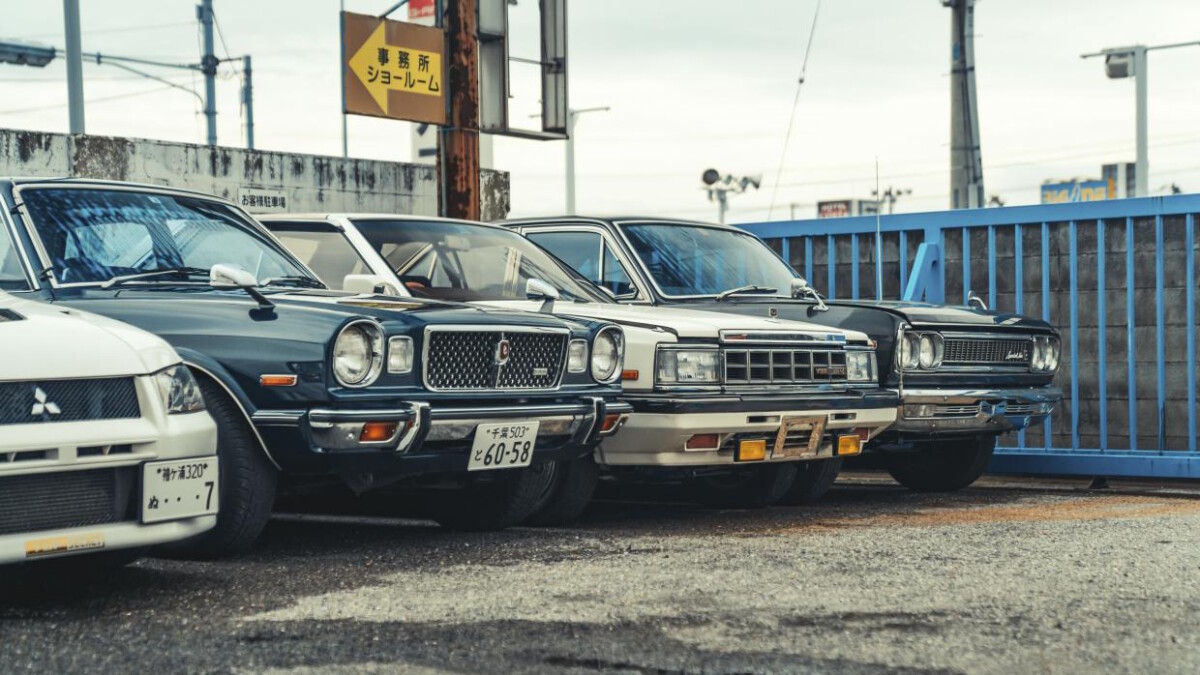 “The boss from Toyota felt responsible, as he got the car running, so gave me a job at Toyota when I was just 16. I’m probably the youngest employee they ever had and worked really hard as a mechanic for four years. Then I got fired. I bought a Celica and started modifying it during work, so they said I had to go.”

Ah, yes. Outside work, Smokey was spending his spare time thrashing his Celica around the mountains of Hokkaido. But considering the local race scene was nonexistent, he packed his bags and moved to Tokyo to try to fulfill his dream of becoming a race driver. 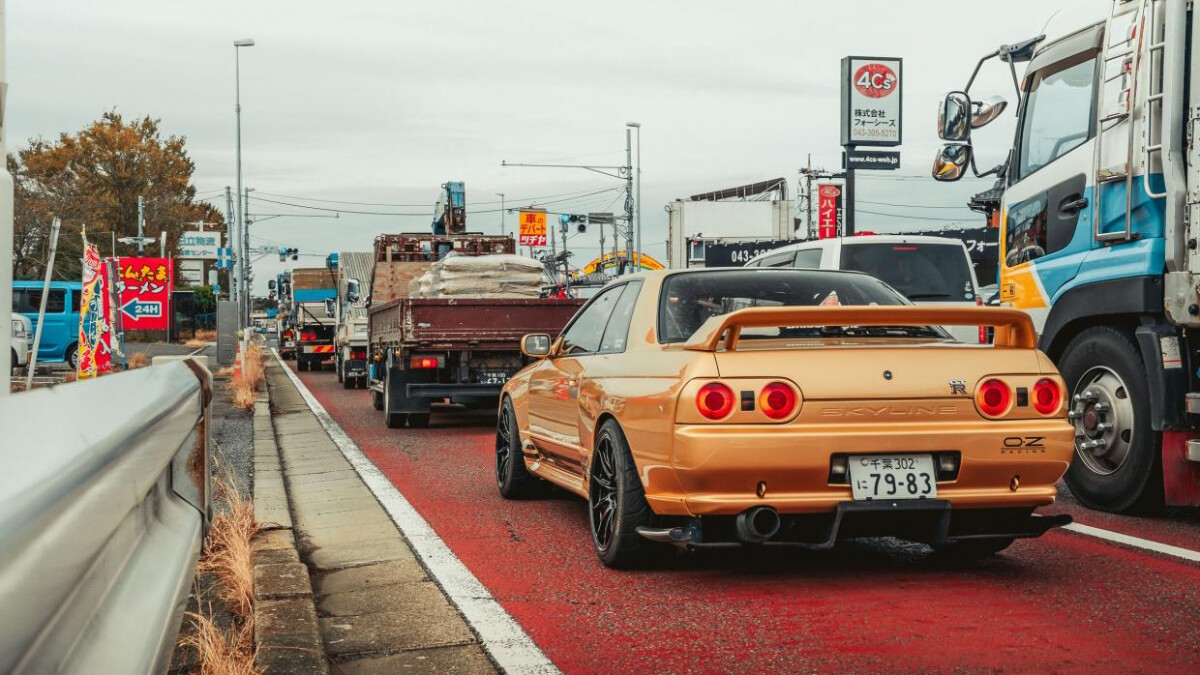 “I had no money, so joined the tuning company Trust, the company behind GReddy. I was only allowed to make mufflers and work on turbos, but I wanted more. I wanted to tune for top speed. So, after hours, I would work on my own projects at the shop. The bosses found out and weren’t happy, but turned a blind eye as they didn’t want to lose me. So it was our secret. Top secret.”

Hence the name of the pioneering tuning company he set up on the sly and has been running for nearly three decades. And you can see why Nagata-san got itchy fingers at Trust—it was the early ’90s, when a perfect storm of events was brewing, eventually making for an automotive renaissance and golden era of tuning. JDM cars with massive potential and exploitable performance were being released. Cars like the R32 Nissan GT-R, the Toyota Supra, and the Mazda RX-7. 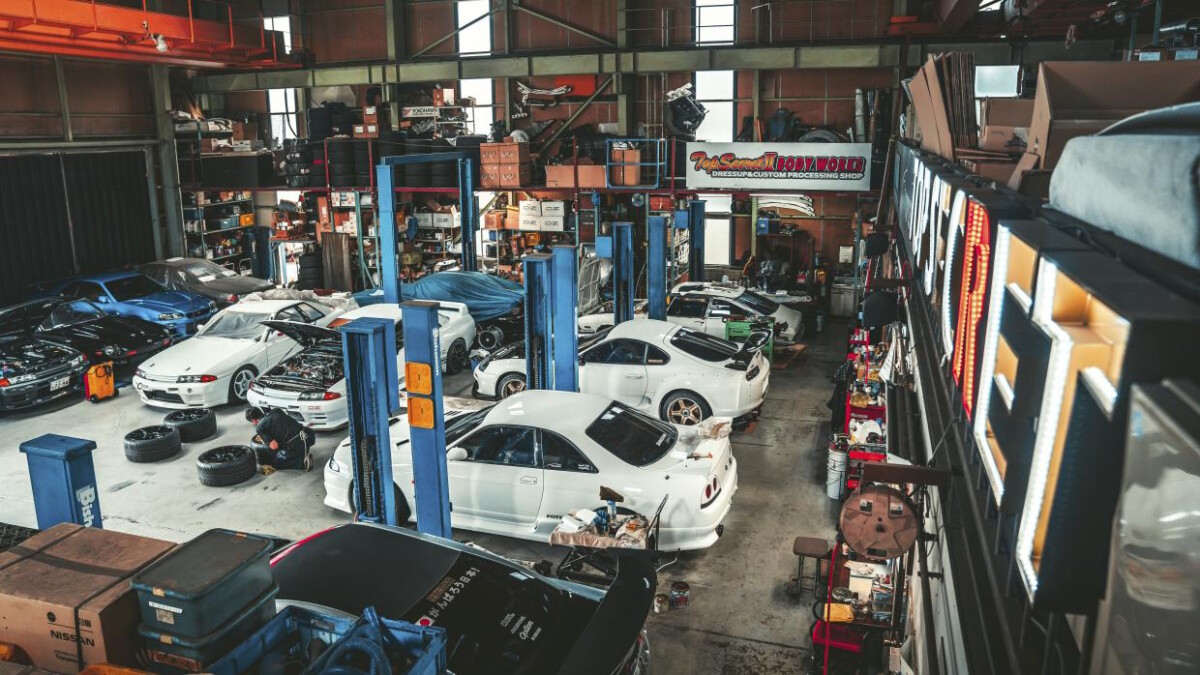 Tuners went properly crackers at this time, uncorking them to see how fast they’d go. It compounded in a near-pathological obsession with speed. Nil-to-300kph run times at Yatabe’s oval proving ground became most valuable currency in the scene. Then, with the connection of new, free-running highways, top-speed runs started spilling out onto the streets, specifically the Aqua-Line, a 9.6km tunnel underneath Tokyo Bay that late at night would become Smokey’s subterranean test track.

Just wanting to be the fastest, Smokey has always been brand-agnostic and often mixes a cocktail of different manufacturers’ components to make Frankensteined, bright-gold (winners only get gold, see) Vmax machines. Over the years, he’s been through every generation of GT-R, with an R32 being Top Secret’s first. Later, his R33 Skyline GT-R managed 0–300kph in 17sec at Yatabe and 328kph in the tunnel, arguably the kernel of the idea of the A1(M) run. 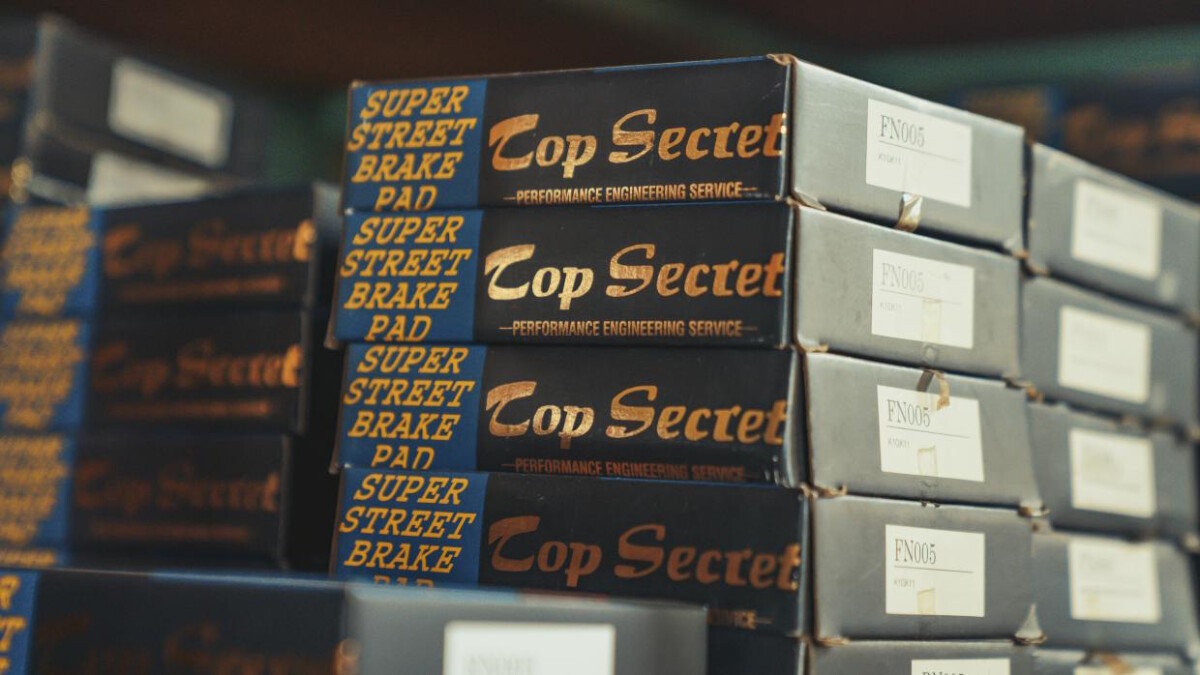 In the seat for the Aqua-Line run was none other than tuning bible, Max Power. For younger audiences, Max Power was a modified car mag like no other. Along with Gatso jousting, car-park racing, and asking what your favorite-colored orifice was, it had real sway and embedded itself within the zeitgeist, selling nearly a quarter of a million copies a month. So, when it offered to pay to send Smokey and his car over for the Max Power Live show, he agreed. Then the idea of doing 200mph came up.

“I flew a video crew from a Japanese magazine—Option—over, too, otherwise I would get bored,” he says, lighting another cigarette and slotting his Zippo lighter into his top pocket. “It was Max Power’s idea to go really fast, and the Supra could do it. It had an RB26DETT engine from a GT-R—Toyota’s 2JZ is great for low-end torque, but we needed high-end power and I could work on it easier—but the Supra’s bodywork and aero, which were great for top speed. I was very aware of what I was doing, and wanted as much attention as possible for the best photography and video.”

Hence a day of burnouts anywhere he could—next to a field of cows, on a busy roundabout, and eventually, in the middle of the A1(M), just before the top-speed run. 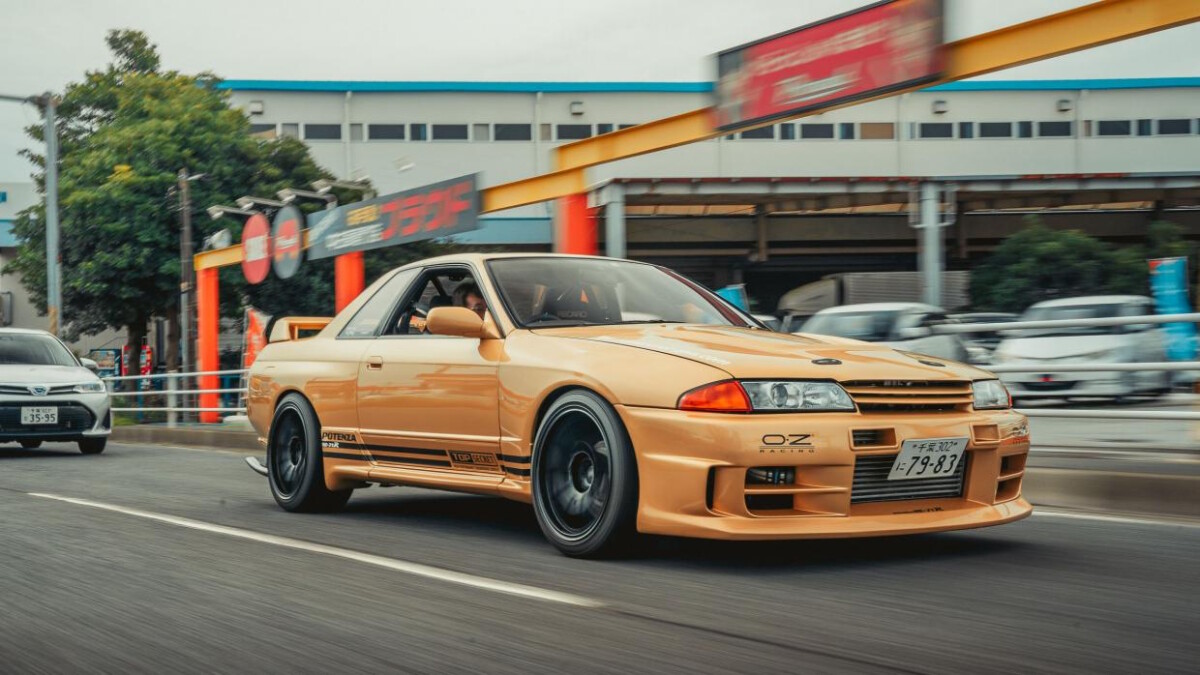 “I did what I did, and what happened happened. I know it’s morally wrong, but it is what it is. I got sent to the police station, but not speaking any English, I had to wait in a cell until I could get a lawyer and a translator and go to court. I admitted to doing 120mph (193kph) and was banned from the UK for 10 years, had a one-month international license suspension, a £155 (P9,985) fine, and £35 (P2,255) court fees. I was lucky; I thought I was going to prison. I returned to my hotel and there were paparazzi and press everywhere, so I sneaked out the back door to the airport. I was worried all the way until take-off, where I thought, ‘I’m free—banzai!’”

Impressed by the brazen run, a Dubai Prince bought the RB Supra soon after. But Smokey didn’t hang up his high-speed boots. With the UK’s judicial slap on the back of his hands still fresh, Smokey built his most ambitious car yet to try to crack 400kph. Once again using a Supra as the foundation, he ripped out the engine and implanted a 5.0-liter V12 from a Toyota Century, then strapped two HKS GT2540 turbos to it, running all the cooling through the trunk thanks to a bespoke, slippery bodykit. The result: 930hp and a space in the tuners hall of fame. Smokey shipped the car to the Nardò Ring in Italy to see how fast it’d go, but only managed 358.22kph. So, he took it to the Aqua-Line tunnel and did 370kph. On the street. 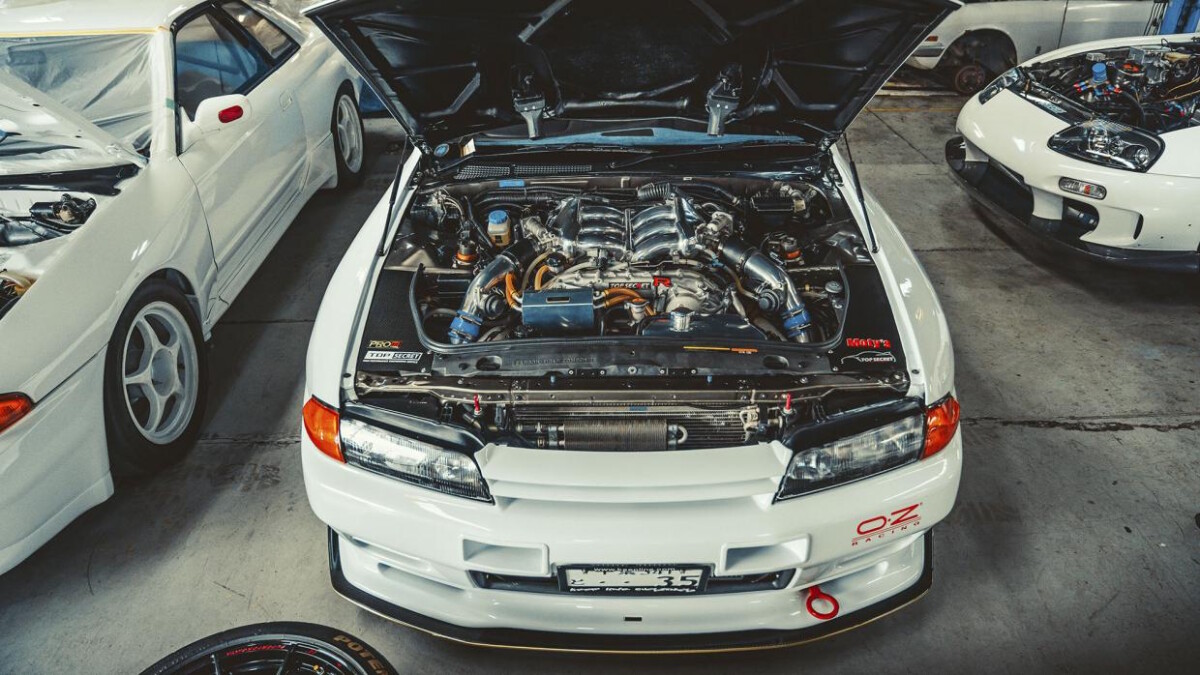 “I want to do 400kph in my R35 GT-R,” Smokey says, working on his third cigarette. “That’s the goal. I was upset by the lack of parts Nissan offered for the R35, and the more I’m suppressed, the more I’m motivated to do something. So, I’m building my own.

“I will have the fastest car.” 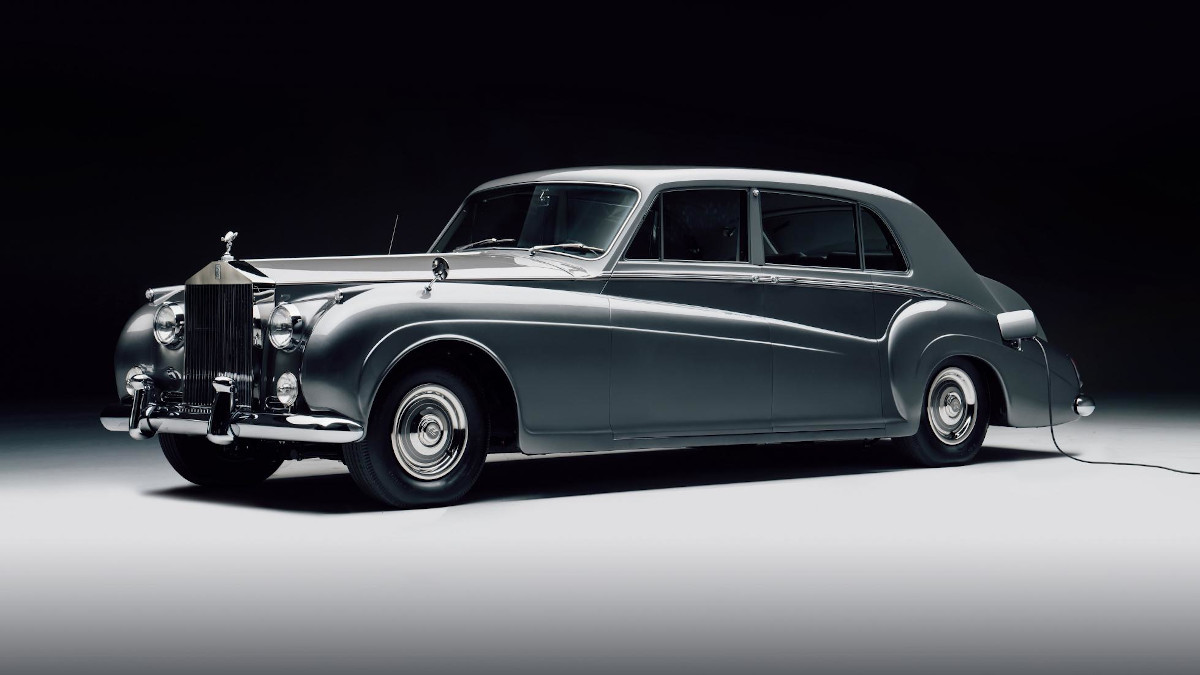 This 1961 Rolls-Royce Phantom V has been restored and electrified
View other articles about:
Read the Story →
This article originally appeared on Topgear.com. Minor edits have been made by the TopGear.com.ph editors.
Share:
Retake this Poll
Quiz Results
Share:
Take this Quiz Again
TGP Rating:
/20