Supra: The Legend is back! 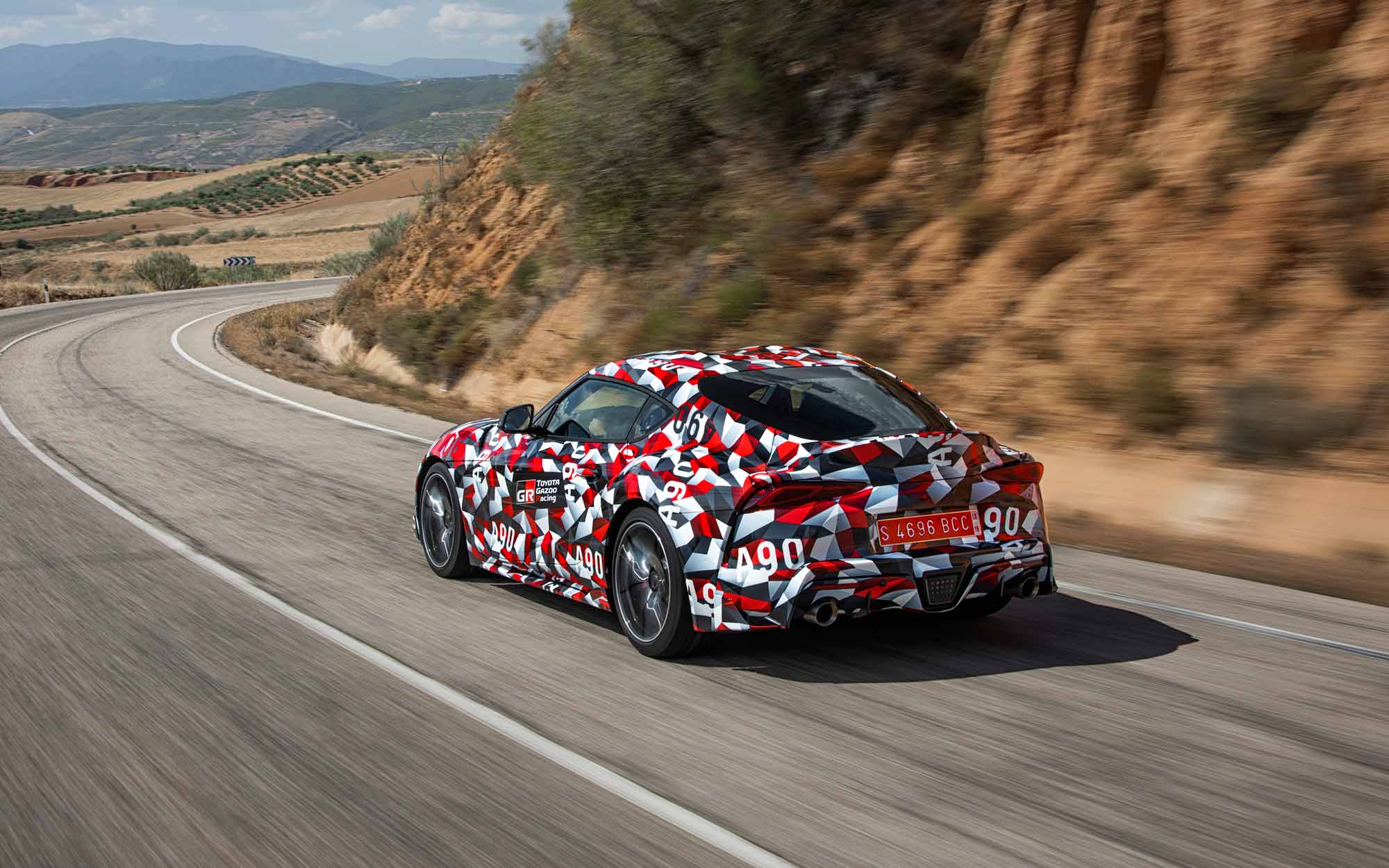 'The Supra's underpinnings are shared with the upcoming Z4's'

When Toyota’s legendary Supra—particularly the last JZA80 or MKIV generation—what pops to mind? The infamous orange Supra from The Fast And The Furious racing the Ferrari and the Dodge Challenger at the end of the movie? How about making insanely quick, multiple and repeated single-digit passes down the quarter-mile? Or flames popping out of its fart-cannon exhaust (anti-lag, or doing a two-step launch on the strip). Indeed, it is all this and more

Having owned a JZA80 Toyota Supra myself for the last 11 years, it’s been one hell of a ride! So, when news of a new Toyota Supra was in development, I knew I just had to try it. Thankfully, God and the great ladies and gents of Toyota Motor Philippines knew how much I desired such a drive, so they booked me on a trip to Madrid to try the all-new--but still-prototype-form--Supra (code-name A90). 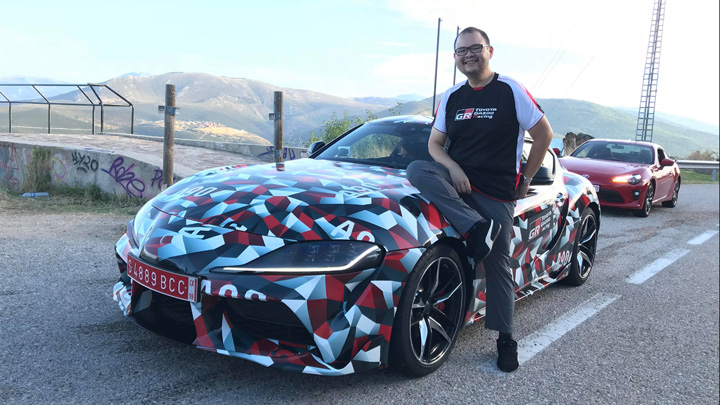 A little refresher: Toyota has a gloried past building rear-wheel-drive sportscars with exotic looks (the 2000GT from 1965 is a more compact Jaguar E-Type), to exotic-beating performance (the JZA80 powered by the now legendary 2JZGTE engine has been modified to deliver 2,500hp with exotic fuels and boost from just six cylinders). After the 2000GT came the A40 Celica (the names means Celestial or from the stars in Latin), to the A60 Celica-Supra or Celica XX, to the A70 Supra. When the Celica and Supra model names were split up, the Supra became the big brother sports car, and the Celica became the little brother sports car of the Toyota brand. And finally, the A80 MKIV which I own. Production started in 1993 and continued on in Japan until 2002. So, it’s been a long 16 years before Toyota got its flagship RWD sports car back on the road.

Supra, which means 'from the heavens' in Latin, has truly been hyped, so anticipation for the new model is very keen, with very big shoes to fill. Yet Toyota, which has focused immensely on hybrids, MPVs, and SUVs, felt it wasn’t economically viable to go their own way to develop an all-new RWD platform and powertrain. The solution? Partner with another brand looking for a partner eager to split the cost of R&D. Enter BMW.

So, let’s get the cat out of the bag. Yes, the all-new Supra’s underpinnings are shared with the upcoming BMW Z4's. To be fair, Toyota didn’t simply pick up and borrow/license an existing BMW platform. BMW developed the platform form the ground up, hand in hand with Toyota, with equal input from both companies. The majority of interaction between the two companies happened in the meeting rooms, but actual R&D and testing  completely independent. So, Toyota is rightfully proud of their involvement in the platform’s origins from the ground up.

As Supra assistant chief engineers Masayuki Kai and Keisuke Fukumoto say: "Supra means front-engine, rear-wheel-drive, inline-six 300hp--with fine handling." Those are the key traits of the Supra. Everything else can change or evolve. In place of a 2JZ derivative or descendant, lies BMW’s new direct-injected B58 inline six-cylinder engine equipped with a twin-scroll turbocharger delivering just north of 300hp and roughly 450Nm of torque. Drive is sent to the rear wheels via an 8-speed automatic with paddle shifters (for now at least), and the new Supra is blessed with 50:50 weight distribution. Critically, all the heavy bits are centered in between the front and rear axles. The JZA80 Supra’s biggest weakness was legendary heart, the 2JZ-GTE, was slung past the front axle and steering gear, making it nose-heavy--killing handling. The new Supra’s engine is more compact, lighter, and as mentioned earlier, fits behind the front axle and steering gear.

This is the first Supra that rides on active dampers, as well as an electronically controlled, fast-acting rear differential which acts a two-way LSD. It gives amazing handling, control, and responsiveness. Plus, one thing many a Supra owner look for: rear-wheel traction--especially around corners. A revised front sway-bar, with elongated upper links, a stiffer wheel bearing, and optimized wheel-hub design, ensures great individual front wheel and axle articulation, minimizing understeer upon entry, and giving great steering feel. Truly, the Supra's steering feels light, responsive, smooth and fluid--without feeling nervous and edgy. The chassis is stiff: stiffer than Lexus’ all-carbon tub LFA, despite possessing a traditional steel and alloy chassis.

The wheelbase is around 2,450mm and the track-width is roughly 1,580mm, giving it what Toyota calls the golden ratio of less than 1.6, making it handle sharply and responsively. For comparison’s sake, a go-kart has a wheelbase-to-track width ratio of 1.14. Toyota feels anything below 1.6 will do wonders for handling. A Ferrari F488 has a ratio of 1.59, to help put things in further perspective. The center of gravity is also very low, lower than the Toyota 86's, which, when launched in 2012, had a CG even lower than most sports cars such as the Lamborghini Aventador. Amazing facts and figures no doubt, but how does it drive? And crucially, does it feel like a BMW?

Assuredly, the answer is no, it didn’t feel like a BMW to me. The steering feels light like a Japanese car, the suspension is damped slightly lighter, too, than a typical BMW's, and the brakes are noticeably softer, but provide excellent feel, feedback and modulation nonetheless. It doesn’t feel anything like my Supra, but it has its own unique identity: that of a modern, high-performance Japanese sports car.

On the open road, the Supra is amazing. It still has the long-distance high-speed GT touring capabilities of the older models, but it has a keenness to turn into corners (as opposed to ends). It feels light and agile despite weighing in at 1,500kg, and there’s so much rear-end stability you end up taking loads of liberties with the throttle and the rear just grips, without traction/stability control kicking in. Kudos to the well-sorted architecture, the active differential, and those massive rear 275/30R19 Michelin Super tires, with the proprietary made for the Supra. On winding roads, power comes up strong and early, making the Supra very forgiving to drive, and the short overall length (it’s shorter than even the junior-sportscar 86) makes it easy to drive on roads better suited to a hot hatch or rally replica Mitsubishi Evo or Subaru STI. It feels alive, organic, and very, very involving.

After 160 kilometers blasting down highways (I hit 240kph on a short stretch, keeping up with the general speed of traffic--honestly!) and circuitous winding roads around Madrid, we find ourselves in Jarama, a former F1 track before it was deemed unsafe by the sport’s governing body. Jarama is highly technical, with blind sweeping crests and corners, making for one hairy-ride. Its lack of run-off space was a constant reminder to keep things sane: no balls-out kamikaze driving.


On-track, the Supra feels glorious. Fast, fluid, precise and tidy, in the tradition of BMW indeed, but with a decidedly Japanese flair. As on the road, the Supra felt very forgiving on the track. The massive Brembo four-piston front brakes hauled down the Supra at the end of the downhill main straight down from 210kph-20kph to around 60kph for the hairpin first corner, a decreasing radius that’s super tricky and easy to under/oversteer into and plow into the kitty litter. Even with half the power of my own JZA80 Supra, my older car will never see which way the new A90 Supra went should they ever meet on .

The Supra was developed 90% on public roads in Germany, Belgium, the USA, and France. It was driven extensively on the Nurburgring too. Though it was camouflaged, the S in the Supra script is slightly different from the old one and meant to mimic the Weirhseifen Corner of the Nurburgring, a nod to the amount of development work done there with the new Supra. The rest of the Supra script is similar to the old one. So, the handling will be better than ever.

The Supra is currently about 90-95% ready for production. The key ingredients missing are the interior (it’s still using a BMW interior, so no shots were allowed, and it was covered up with black cloth), the final engine output spec and other small details. Expect a global unveiling sometime early next year, with deliveries starting in the middle and towards the end of 2019 as a 2020 model. It will be built for now at Magna Steyr’s facility in Graz, Austria too.

The biggest question for us is, will it reach the Philippines? Well, I’d like to think Toyota wouldn’t have sent me to drive it if it didn’t have a chance of arriving on our local shores right? Fingers crossed! 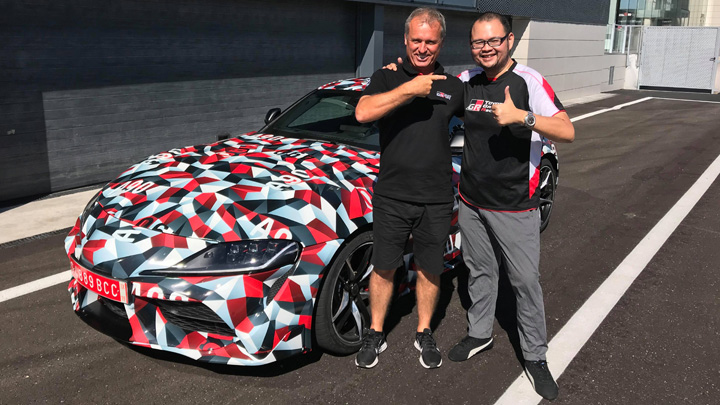 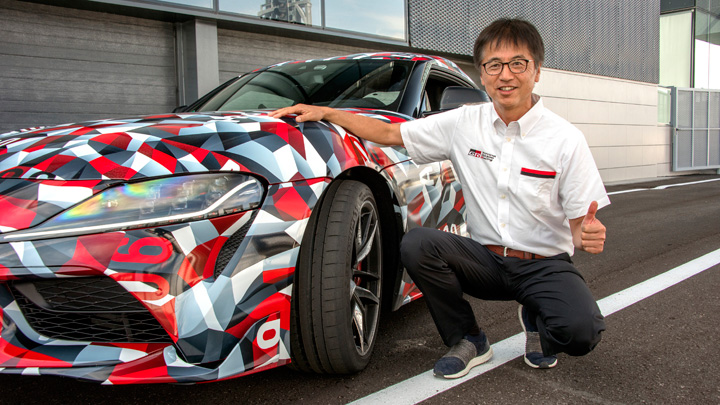 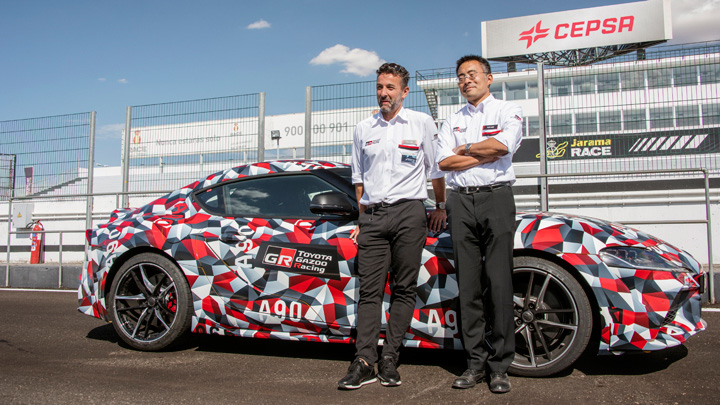 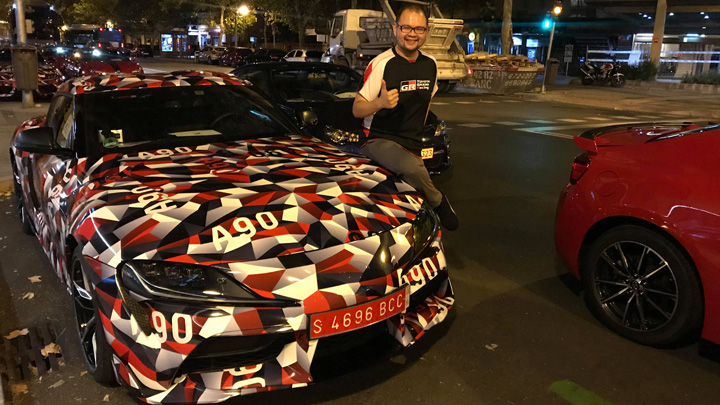 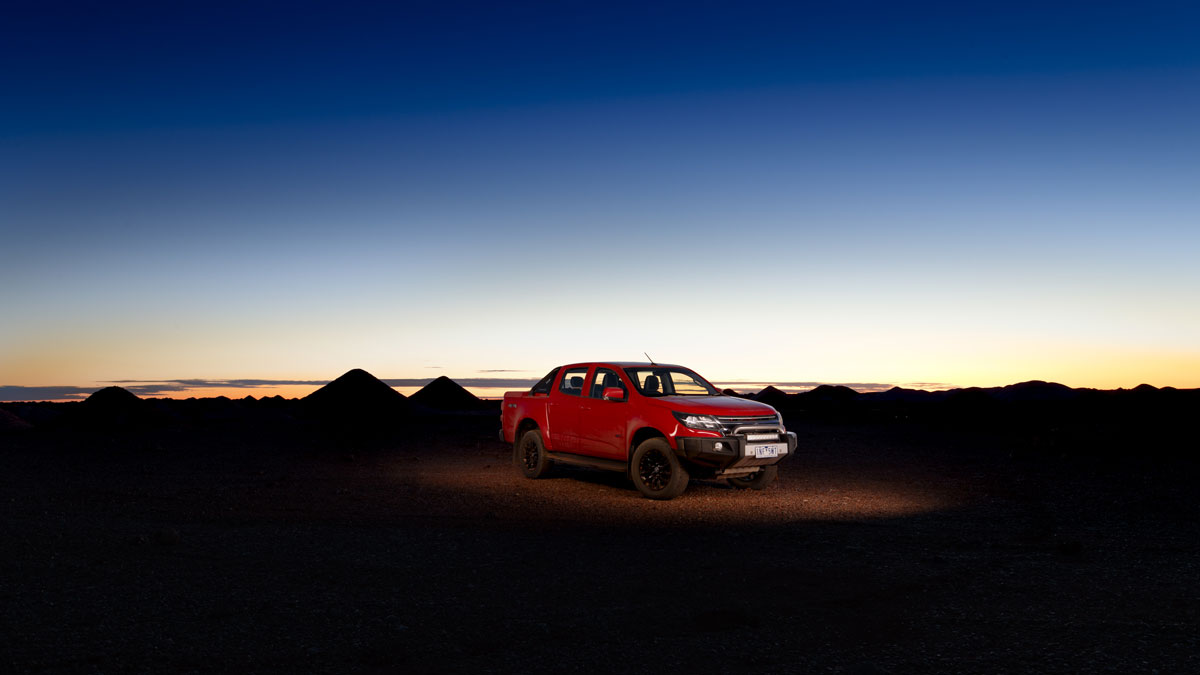 The story of a pickup, an SUV, and the unforgiving Aussie Outback
View other articles about:
Read the Story →
This article originally appeared on Topgear.com. Minor edits have been made by the TopGear.com.ph editors.
Share:
Retake this Poll
Quiz Results
Share:
Take this Quiz Again
TGP Rating:
/20