Does the outgoing Audi A3 have the best cabin in modern automotive history?

As the Internet doesn’t make a habit of hosting arguments and people who like cars never disagree (don’t worry that we can’t decide if we’re petrolheads or gearheads, and neither of those terms really applies to the EV revolution—that’s just the exception proving the rule), I’m sure this bona fide fact won’t upset anyone: The outgoing Audi A3 has the best dashboard design of any car in modern times, and we will mourn its passing.

There’s a new Audi A3 waiting to emerge, you see. Based on the new VW Golf, of course. I’ve already sat in the new Audi A3, in a secret German bunker minded by heavies, so I can’t actually tell you specifics about it just yet. But you know the current Audi design trend: big touchscreens, angular shapes, and to heck with buttons. Will the new A3 pick up that ball and run with it? You might like to think so, I couldn’t possibly comment.

But it doesn’t matter, because the outgoing Audi A3 will simply never be topped. It is the high point, the apex, the perfection of up-to-date interior design. You know this, but I’ll just list the reasons for future generations to fantasize over. So, get comfortable and prepare yourself to agree with my every word. 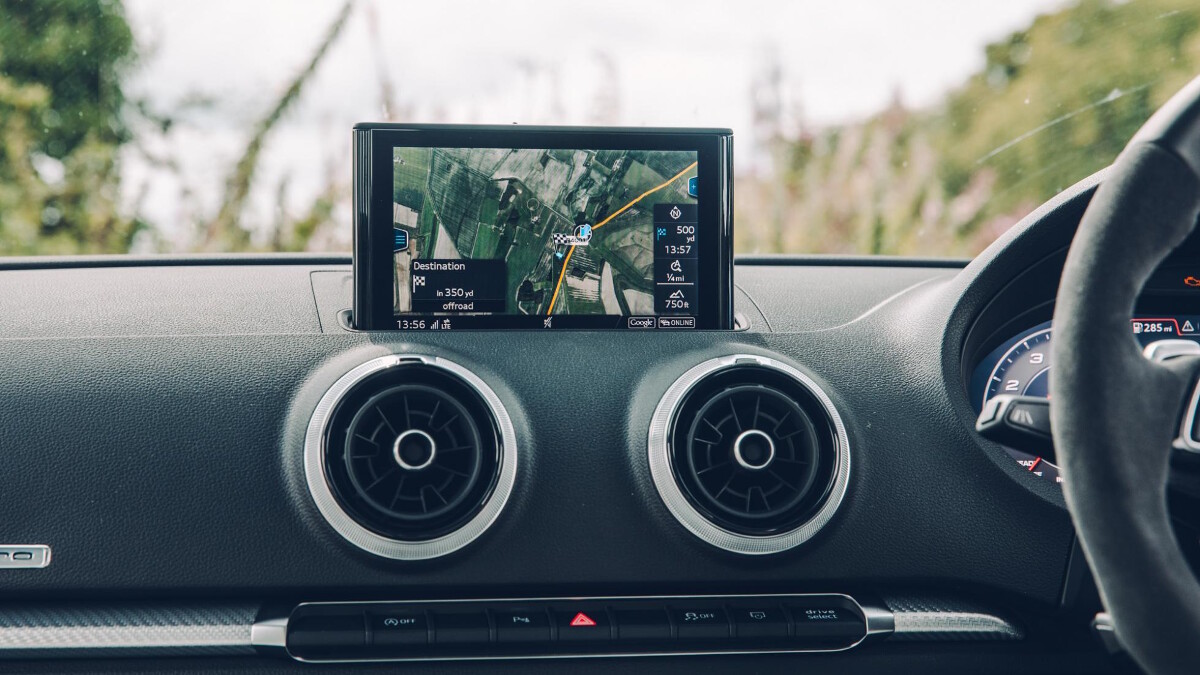 This Audi A3 doesn’t have a touchscreen—what it has is a media system you view on a pop-up screen atop the dash, and operate with a cluster of buttons on the center console. The shortcuts for Nav, Radio, Media, and Phone are simple metal toggles, clicked either way to leap into the relevant menu. There’s also a whacking great pair of buttons labeled ‘Menu’ and ‘Back,’ for when you want to teleport back to the main menu, or just go back one step. Further submenus are activated by left and right submenu buttons. 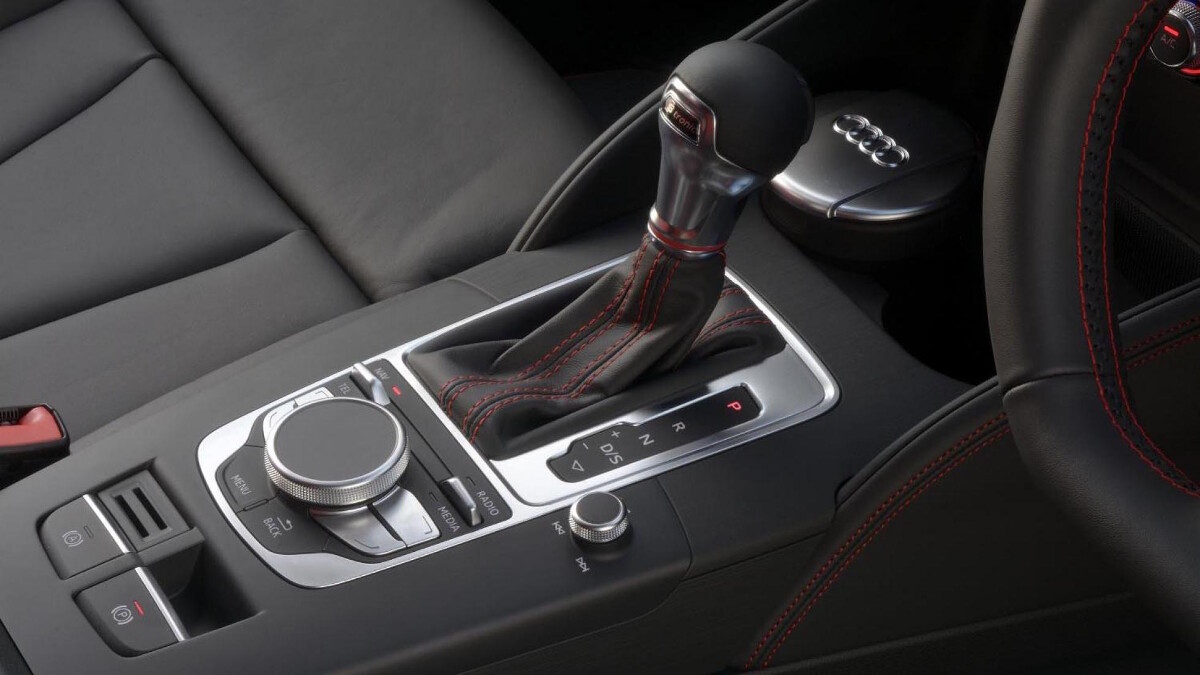 To scroll through these lists, instead of swiping a smeary fingerprint over a screen that’s not really in reach, while the car is wobbling around, a clickwheel is used. Eyes on the screen, hand on the safecracker, click-clickety-click. It’s beautifully, elegantly simple. Except for when you’ve got an address to enter into the nav, or a playlist to search for. But Audi has thought of that: Just doodle your handwriting onto the top of the clickwheel.

Oh, and in the more recent ones, there’s Apple CarPlay. All bases covered.

When the A3 was facelifted, Audi bunked in its Virtual Cockpit. It’s still the best digi-dials setup, despite the failed efforts to better them by VW, Bentley, Jaguar Land Rover, BMW, Porsche, Lamborghini, Mercedes-Benz...I think I’ve made my point. They’re brilliant.

And now you’re thinking, ‘Oh, yes, couldn’t agree more mate—but aren’t you forgetting the Audi TT also has Virtual Cockpit housed in even more exotic-looking cabin?’ And I’m replying, ‘No, not at all, dear reader.’ By having a central screen in addition, the A3 is more sociable. Want your passenger to take over in-car DJing or setting the nav while you’re concentrating on a busy junction? Can’t do that in a TT. 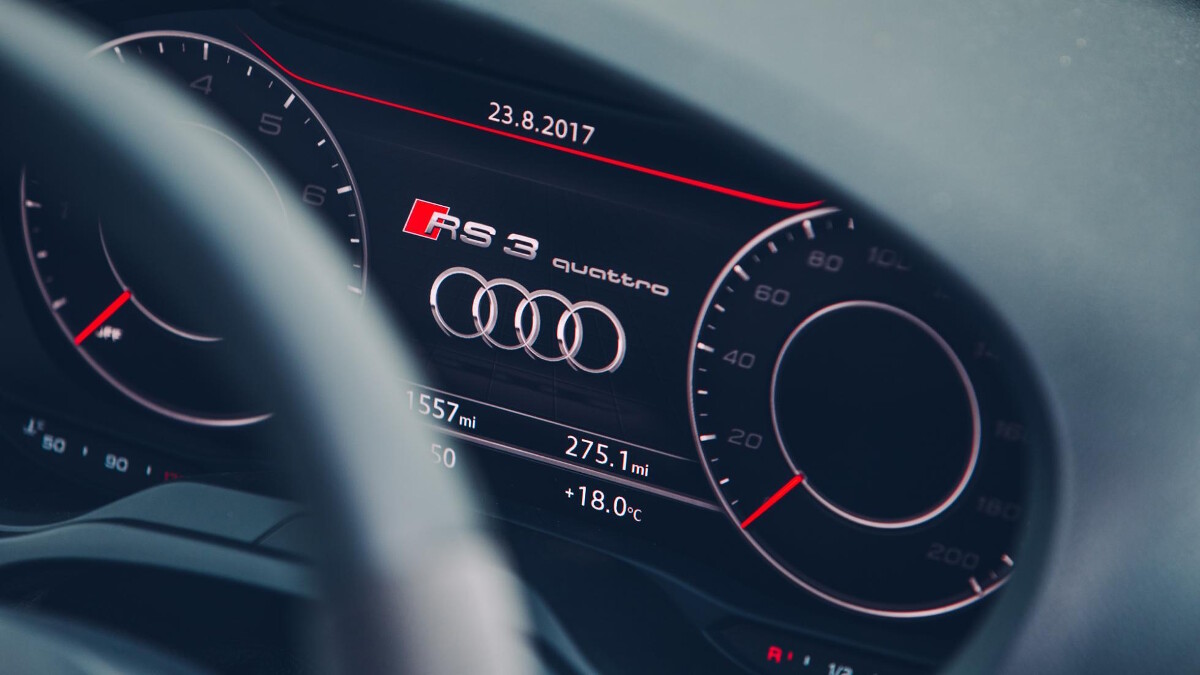 Plus, because you can set the instruments to offer a full-screen map, you can bin off the A3’s motorized screen when it’s not necessary. No passenger, because you’re an Audi driver and therefore have no friends? No problem. Prod the button, revel in the display gliding smoothly into the dash top, and presto—there’s less artificial light beamed into your serotonin-starved brain. So, you’ll sleep better tonight. Especially if you hate the whole ‘iPad nailed to the dash’ trend.

Everything else has just been so gorgeously thought through. A decent driving position, with ample adjustment. The heater controls are tactile and intuitive: thumb-sized buttons and well-damped twiddle-knobs—no buried-in a touchscreen nonsense here. Take note, erm, Audi A8 and Q7. 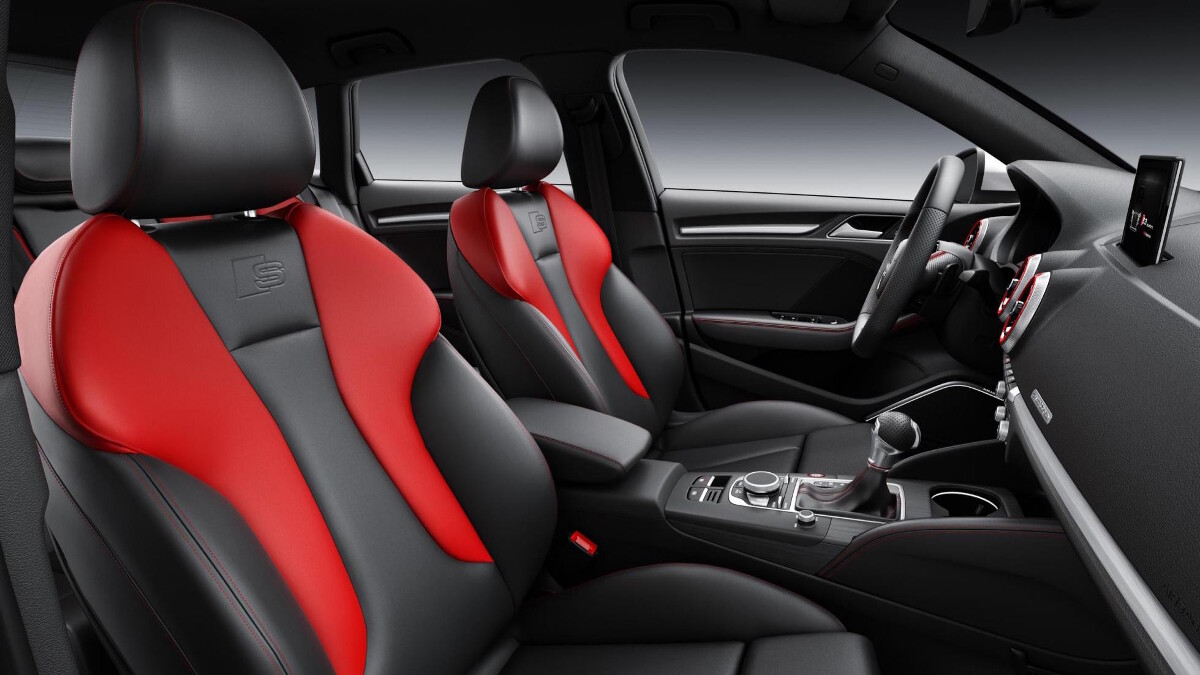 There’s a line of other assorted controls above, for the driving modes, the parking sensors, and so on. They’re subtle enough that you might never notice them, but logical enough that should you need to tweak ’em, you’re never hunting about the place.

Even the cupholders are nicely tucked far enough away that they’re not in elbow-your-macchiato range, but not so far off they’re a pain to reach. I love how German that is. 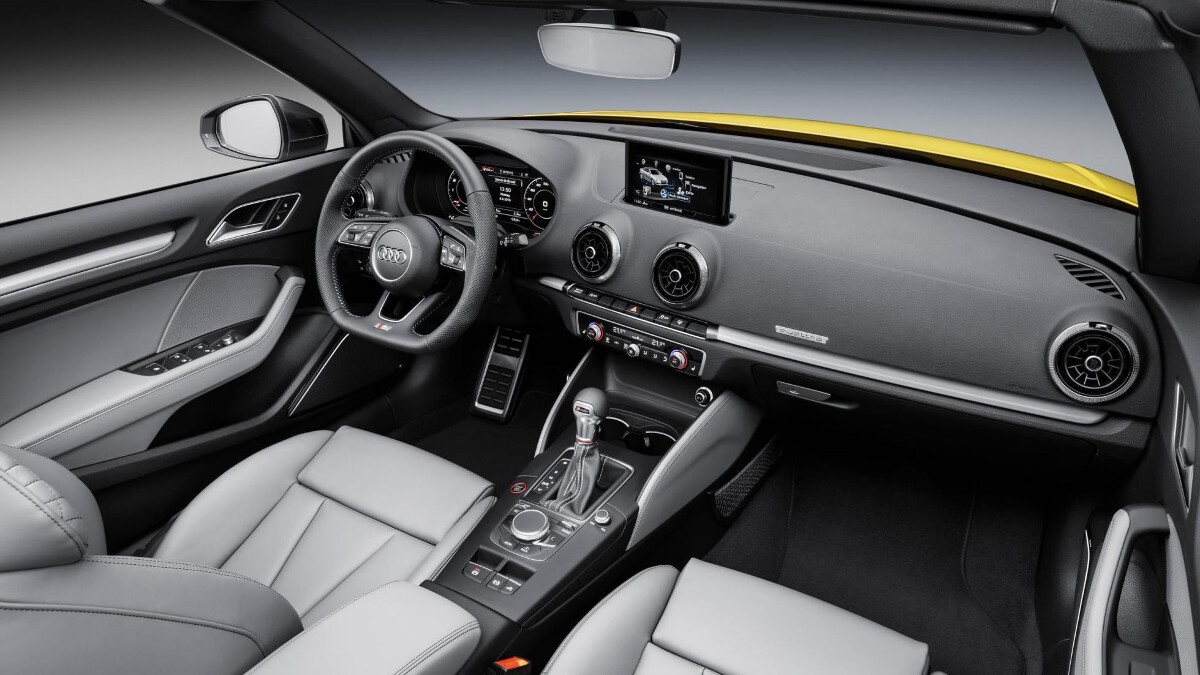 The knurled-metal halos encircling the jet-turbine vents, and the meat hammer-edged heater controls. The metal switchgear that operates that brilliant media center. The heft of the door handles and the pin-sharp click of the buttons. The density of the plastic materials, and their seamless fit. It’s a bloody well-put-together product, this. The ‘old’ A3 feels more expensive than the contemporary Golf or A-Class.

Worryingly for Audi, it feels more expensive than new Audis do inside. Climb aboard the latest Q3 or A1, and there’s an inescapable unease that all the money’s been lobbed on the touchscreen, and the trim’s been bought in bulk from the night before the motor show.

To be fair, the new Audi touchscreen is a corker, as touchscreens go. But that’s rather hollow praise given, as I’m sure you know, that touchscreens are a fiendishly dangerous, pointless dead end of car design foisted on us by the obsession with ‘what are Apple and Tesla doing this week.’

Hey, I’m no sycophant. No car is perfect (except the Alpine A110 with a Williams-Singer engine and a Honda Civic Type R manual gearbox that I’ve just thought of—GoFundMe, please.) The A3’s spectacularly well-resolved interior does have flaws.

There are the bare plastic door bins, not lined in carpet. Their contents buzz and rattle. And the seats have never been much cop, even in the batsh*t-quick RS3. Which could really do with some bolsters, instead of chairs shaped like a giant tongue.

But that’s it. Those are the only two things. Everything else is perfect, and last night, I drove an A3 for the last time. A last-of-the-line 400hp RS3—perhaps the ultimate mini-RS6 all-weather weapon. And I stumbled out marveling not at the pace or the noise or the grip, but how bloody lovely the cabin is. Or was.

Sleep well, best interior in the world. There’s simply no argument. Is there? 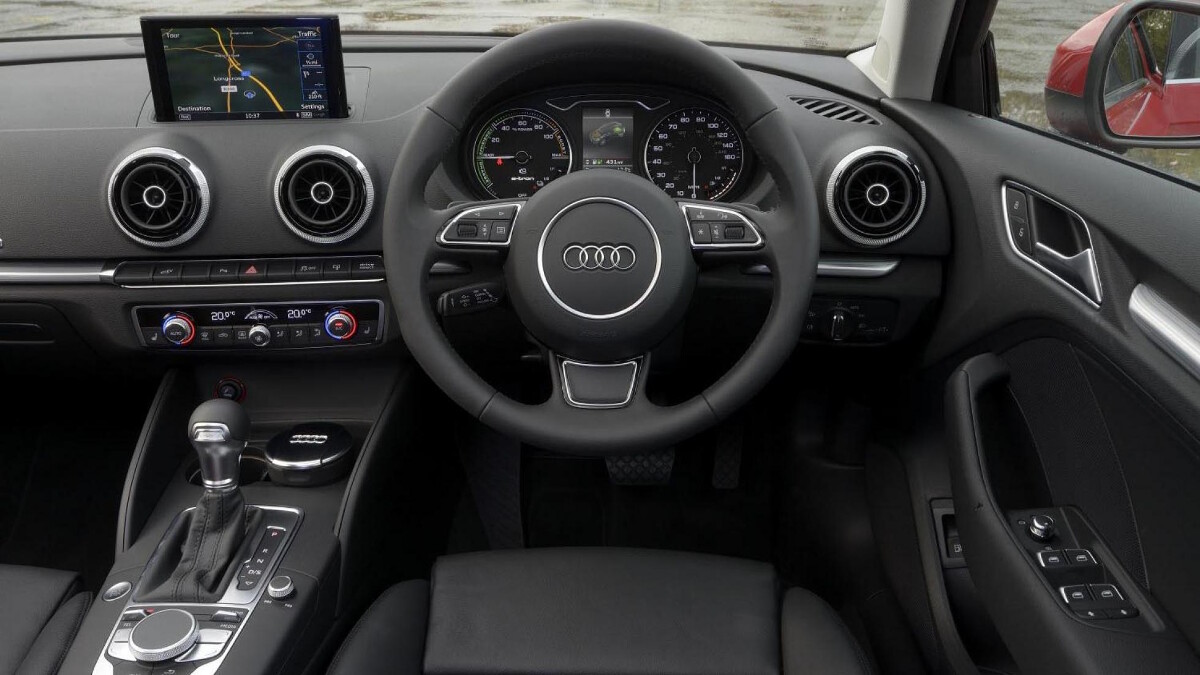 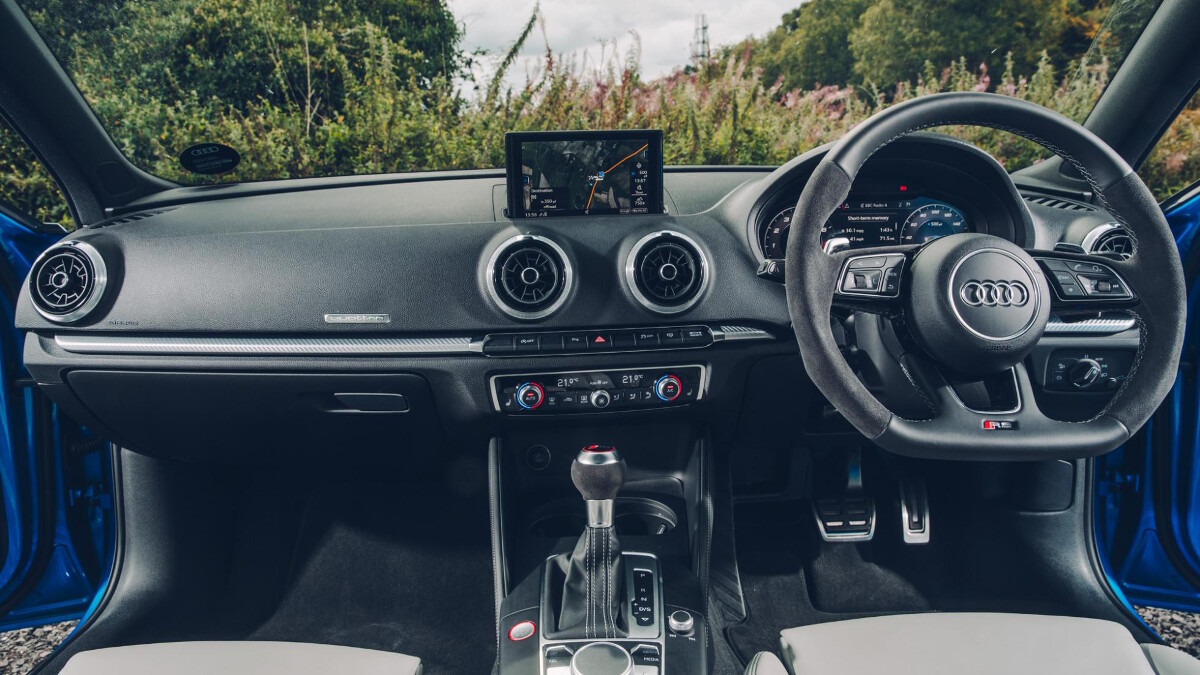 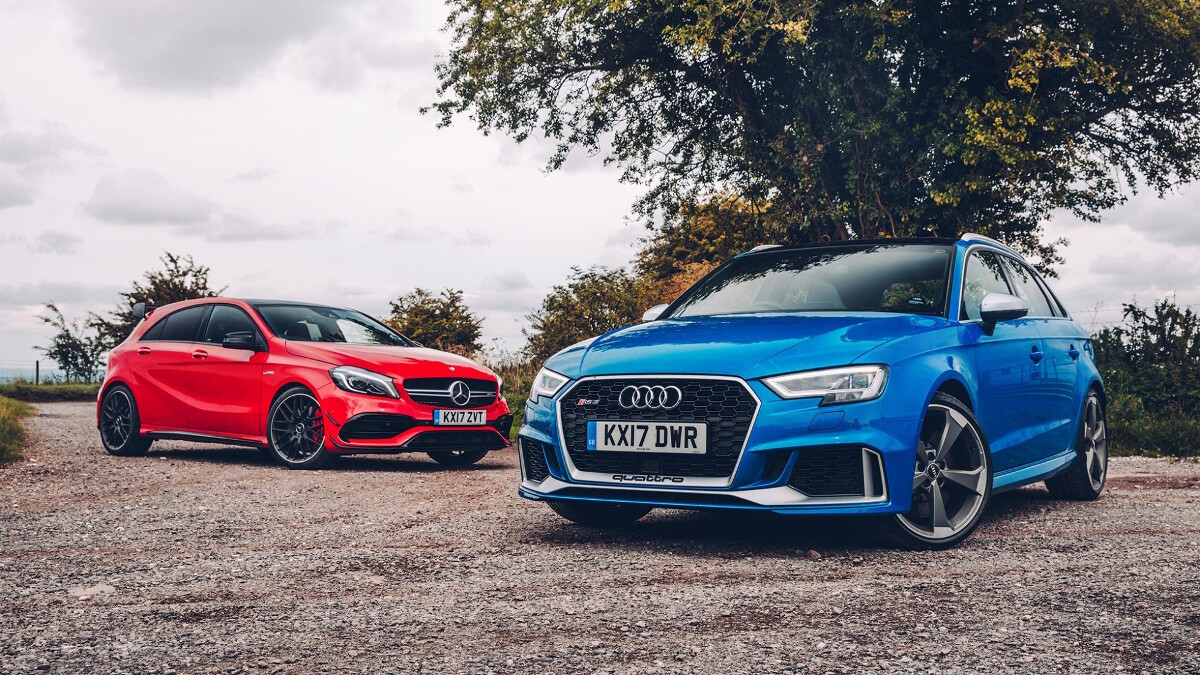 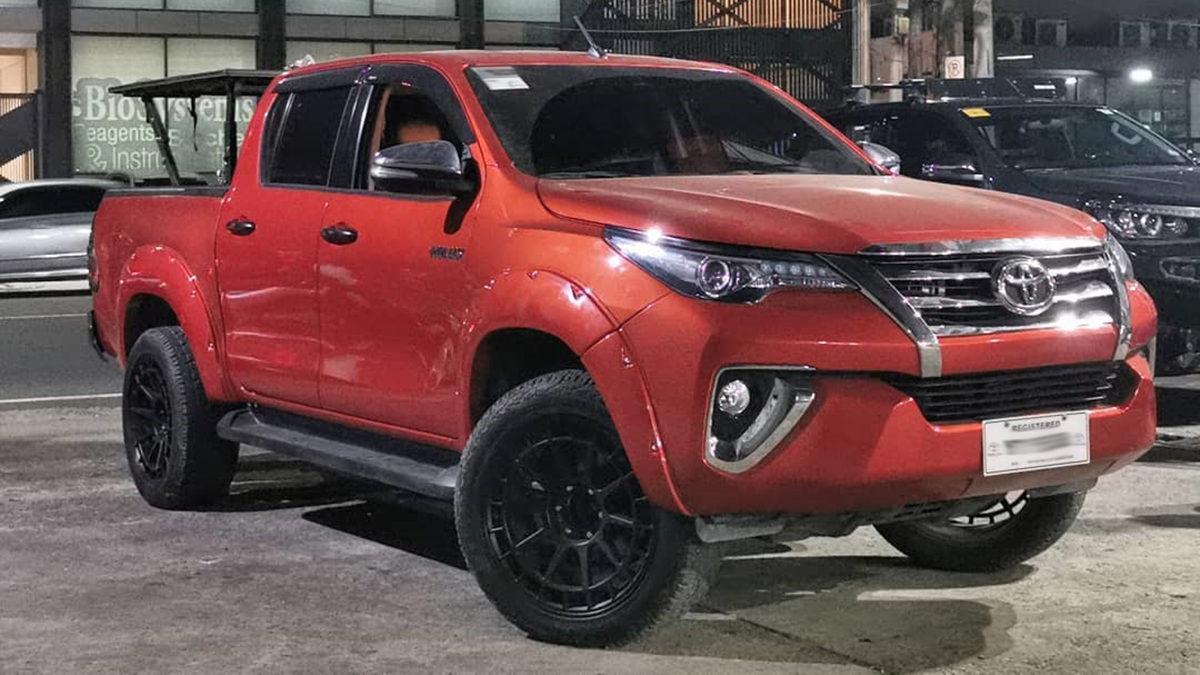 Question: Is this beast a Toyota Hilux or a Fortuner?
View other articles about:
Read the Story →
This article originally appeared on Topgear.com. Minor edits have been made by the TopGear.com.ph editors.
Share:
Retake this Poll
Quiz Results
Share:
Take this Quiz Again
TGP Rating:
/20