This 'Back To The Future' tribute video brings back youthful memories

Toyota gives us closest thing to a sequel
by Gerard Jude Castillo | Oct 22, 2015
CAR BRANDS IN THIS ARTICLE 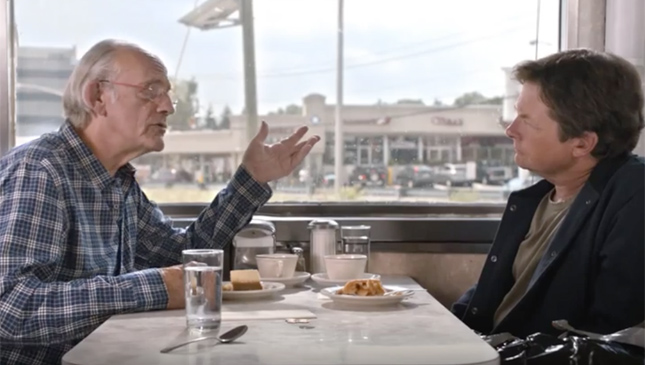 For ’80s kids, October 21, 2015, is symbolic as it is the day Marty McFly and Doc Emmett Brown travel to when they go 30 years into the future. If you’ve seen Back To The Future Part II, you know they do this to prevent Marty’s son from going to jail. After all this time, no one can deny this trilogy’s impact on our lives since the first film’s debut in 1985.

This can be seen in the way many of us continue to predict what gadgets and technologies seen in the movie would become a reality. So far, we’ve seen fax machines and video calling become means of communication. And although we still don’t have power shoelaces, hydrated pizza, flying cars or an actual time machine, Toyota has come up with the next best thing: the Mirai hydrogen fuel-cell vehicle.

Unveiled last year, the car that runs entirely on hydrogen was launched in one of the largest automotive markets in the world--the United States. To mark this equally historic event, Toyota tied up with the film’s producers to showcase the groundbreaking Mirai, as well as to mark this special date in the movie’s history. They even tapped actors Michael J. Fox (Marty) and Christopher Lloyd (Doc Brown) to celebrate the milestone.

The duo are the perfect people to show off this new way of motoring as they have come back from the future (fictionally) themselves. If you recall, Doc and Marty used a DeLorean DMC-12 as their time-travel vehicle. The cool-looking time machine needed 1.21GW (that's gigawatts, by the way) of energy and a speed of 88mph to get it going through time. Using plutonium as fuel, they were able to go into the future, as well as back to the Wild West to correct a few wrong things in their lives.

While we may not have the luxury of time travel just yet, Toyota is giving us a glimpse of future motoring via the Mirai. This innovative green machine runs on hydrogen. This alternative fuel can be derived from renewable sources such as solar energy, wind power and, yes, biogas (cow dung or trash, among others).

Moreover, Toyota’s connection with the film isn’t just thru the Mirai. Fans will surely recall the pimped-out black Toyota truck that Marty had, considered by many ’80s teens as their dream pickup. The truck can be seen recreated in a modern-day Tacoma. Then there’s the matter of the Lexus Hoverboard that was unveiled just recently.

But instead of just reading about it, why not see Marty, Doc and Toyota all come together to welcome the future in the Mirai via a short film (watch it below)? With this type of tech, you never can tell. Maybe in the future, we won’t need roads...or fossil fuels. 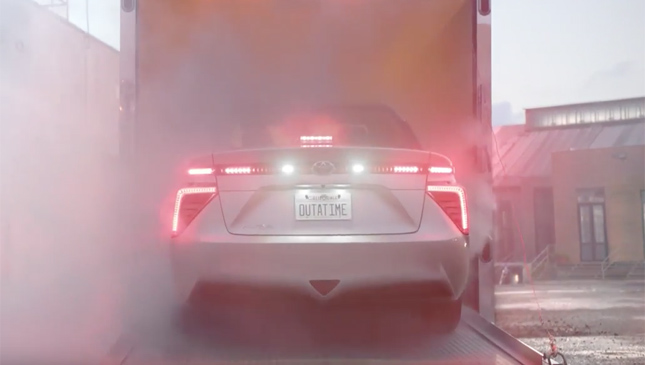 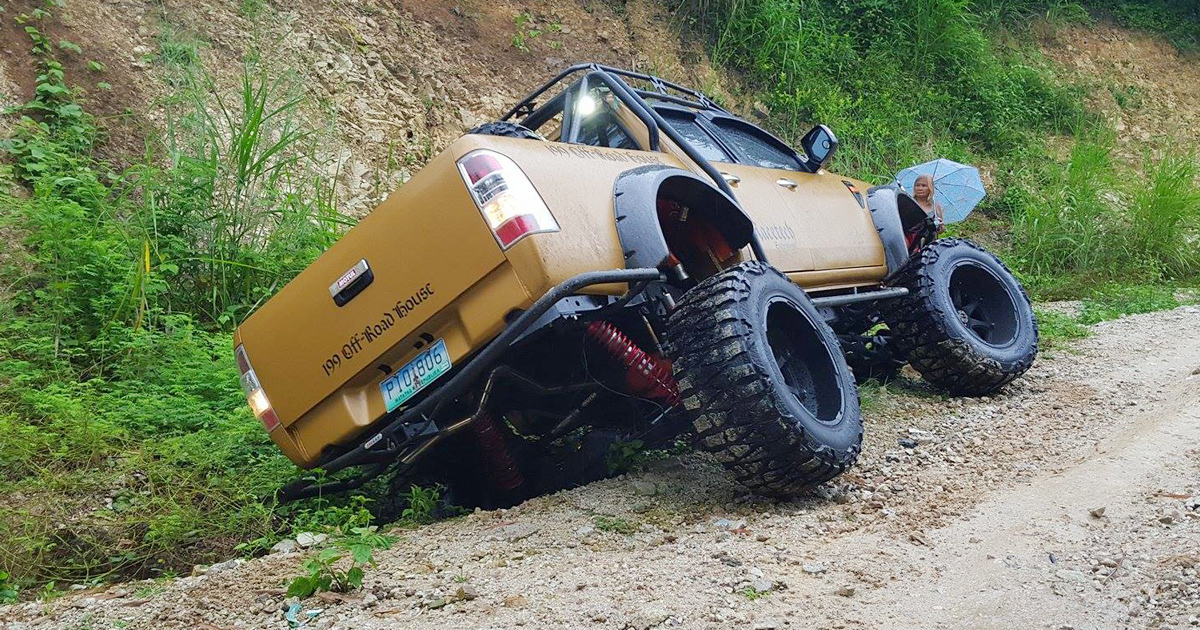 Some off-road enthusiasts do this to their pickups
View other articles about:
Recommended Videos
Read the Story →
This article originally appeared on Topgear.com. Minor edits have been made by the TopGear.com.ph editors.
Share:
Retake this Poll
Quiz Results
Share:
Take this Quiz Again
TGP Rating:
/20