Did you know that Toyota built an electric RAV4 in the ’90s?

Some ideas are just too early
by Craig Jamieson | Apr 4, 2021
CAR BRANDS IN THIS ARTICLE

It’s Toyota’s first production electric car. Hardly as avant-garde or willfully overstyled as you were expecting, is it?

Yep, what you’re looking at is an original-shape RAV4, stripped of engine and gearbox and fitted with a brace of batteries and an electric motor up front. Apart from the exceptionally ’90s ‘EV’ applique down the flank, there’s not a whole lot to distinguish it from its gas-burning brethren. Apart from the lack of a tailpipe, of course.

As Michele Newman said in a spot on old Top Gear TV, “it shows that manufacturers are starting to take plug power seriously”.” Um, ouch.

Nickel metal hydride batteries, which were pretty much the bees knees at the time. Inductive charging, like you get with your electric toothbrush, where nothing electrical has to actually touch; it’s all done thanks to electromagnetic induction. Electric pumps to generate vacuum pressure for the brakes (always a handy thing when it’s time to stop) and electric power steering, as you’d expect. Doesn’t sound too far outside the pale these days, but let’s remember that this was back in the days of frosted tips, boy bands and tamagotchis. Yeah, you were guilty too.

A late ’90s two-door gasoline RAV4 weighed less than 1,300kg. That’s about 300kg lighter than the battery-powered RAV, which is not nothing. But a 1,600kg, fully electric SUV—based on a gas-powered model—and built more than two decades ago is the sort of fact that makes you wonder why exactly the Mercedes EQC weighs the best part of two and a half tons. Honestly, it could only weigh more if it was made from depleted uranium.

In a word, no. It took something in the order of 18 seconds to… er, ‘sprint’ from zero to 60mph, and the top speed was about 75mph (121kph). But let’s remember just how often your average SUV driver sprints from zero to 60, and just how legal it is to do more than 113kph. The fact of the matter is that most SUV drivers punt around cities, rarely exceeding 50kph (unless they live in a planned city like Canberra, with its penchant for parkways) and therefore only doing zero to 50kph sprints at the Traffic Light Grand Prix. And here, of course, is where even rudimentary electric cars shine, thanks to instant-on torque. 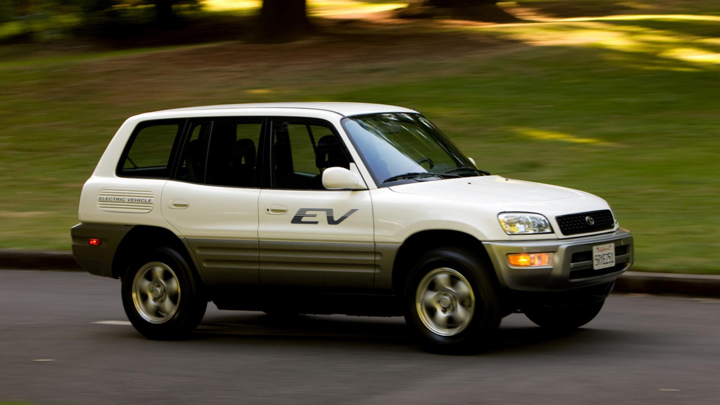 Not particularly, at about $40,000 (P1.94 million), but California government grants and federal tax credits certainly helped make it a much more accessible $30,000 (P1.46 million). Then there are the usual EV benefits—cheap to refill, cheap to service and so on—that defray the upfront cost.

Well, that really depends on if you’re willing to include ‘electrified’ in that definition. If so, there’s a raft of hybrids from the now-ubiquitous Prius to hybrid Corollas, Siennas, Avalons and more. And yes, a hybrid RAV4.

Moving past that, there’s the Mirai, which uses hydrogen fuel cells to generate electricity rather than plugging into a wall socket or fast charger. That was the ‘next step’ that Toyota was talking about, way back when the first RAV4 EV came out.

But if you’re looking for a dyed-in-the-wool, 100% battery-electric car with a Toyota badge on the front? Short of nicking one from a Land Cruiser and sticking it to the front of your Tesla, you’re out of luck.

Well, the short answer is that Toyota wasn’t allowed to use the batteries it had fitted to the RAV4 EV after Chevron (yes, that Chevron) sued battery-maker Panasonic for patent infringement, right after Chevron had bought and merged its way into possession of that particular patent.

But the long answer is that, like GM’s EV1, the original RAV4 EV was really only a reaction to the California Air Resources Board’s ’90s mandate on zero-emissions vehicles. The gist, in case you’re not willing to wade into the minutiae of state-level air quality requirements, is that all manufacturers who wanted to sell cars in California had to meet certain requirements—chiefly, that 2% of all new cars a manufacturer sold in California had to be a zero-emissions vehicle. This would increase to 5% in 2001 and 10% in 2003.

But in the end, the zero emission vehicle mandate was rolled back. Diluted regulations replaced the original my-way-or-no-highway mandate and car companies didn’t have the particularly juicy carrot of access to the California car market—or the rather threatening stick of that access being revoked—being reliant on electric vehicles.

So, just like GM, Honda and Ford, Toyota reclaimed all the RAV4s it could and started crushing them. And like with GM’s EV1, a wellspring of owners protested the demise of their beloved little cars. After a grassroots campaign started to focus on its own retrieve-and-crush scheme, Toyota allowed some RAV4 EV lessees to buy their car. That’s why there are a few hundred RAV4 EVs left and just a handful of EV1s.

And what did we learn? Oh, just that we’re about two decades behind where we should be with electric cars. Not that it’s biting us in the backside, or anything. 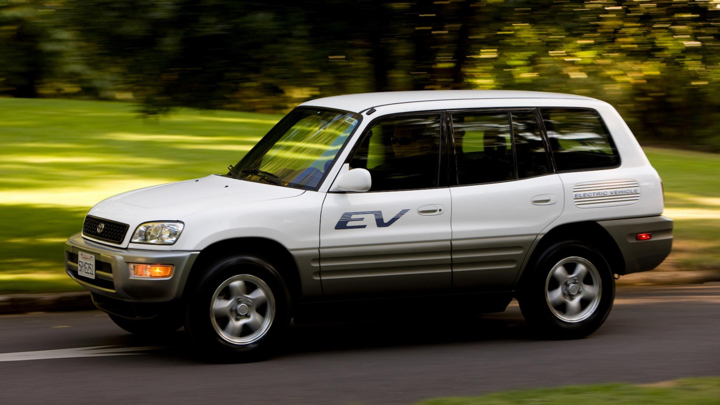 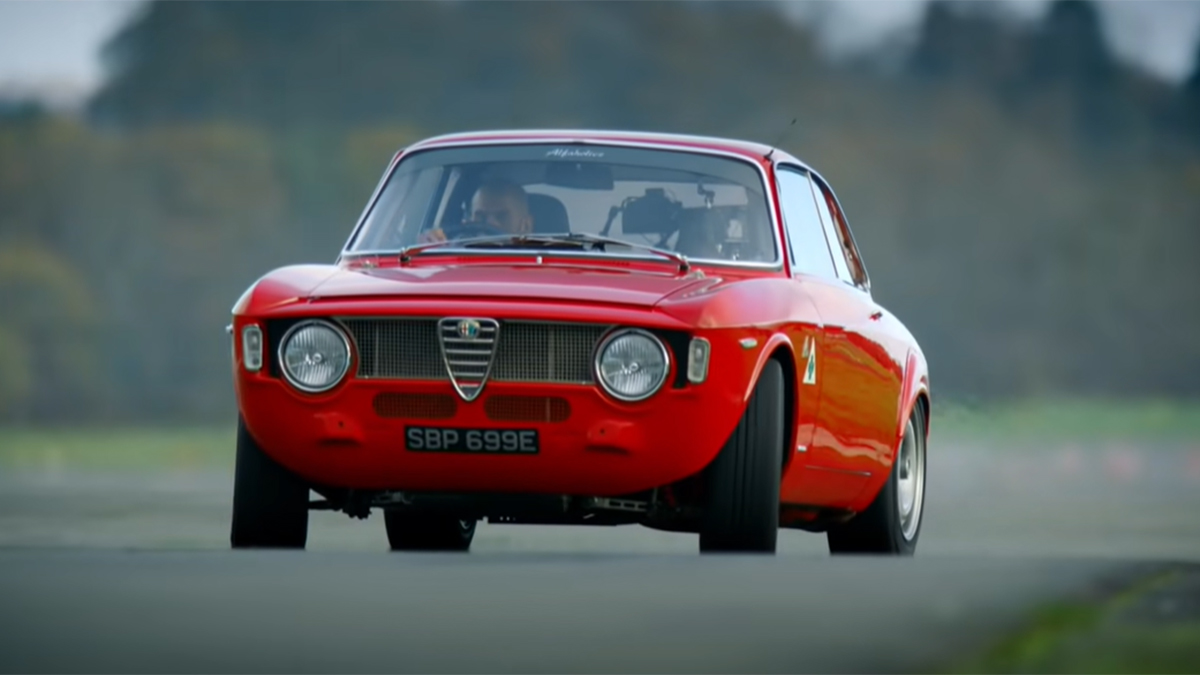 This little red rocket is an Alfa Romeo restomod with a supercar price tag
View other articles about:
Read the Story →
This article originally appeared on Topgear.com. Minor edits have been made by the TopGear.com.ph editors.
Share:
Retake this Poll
Quiz Results
Share:
Take this Quiz Again
TGP Rating:
/20